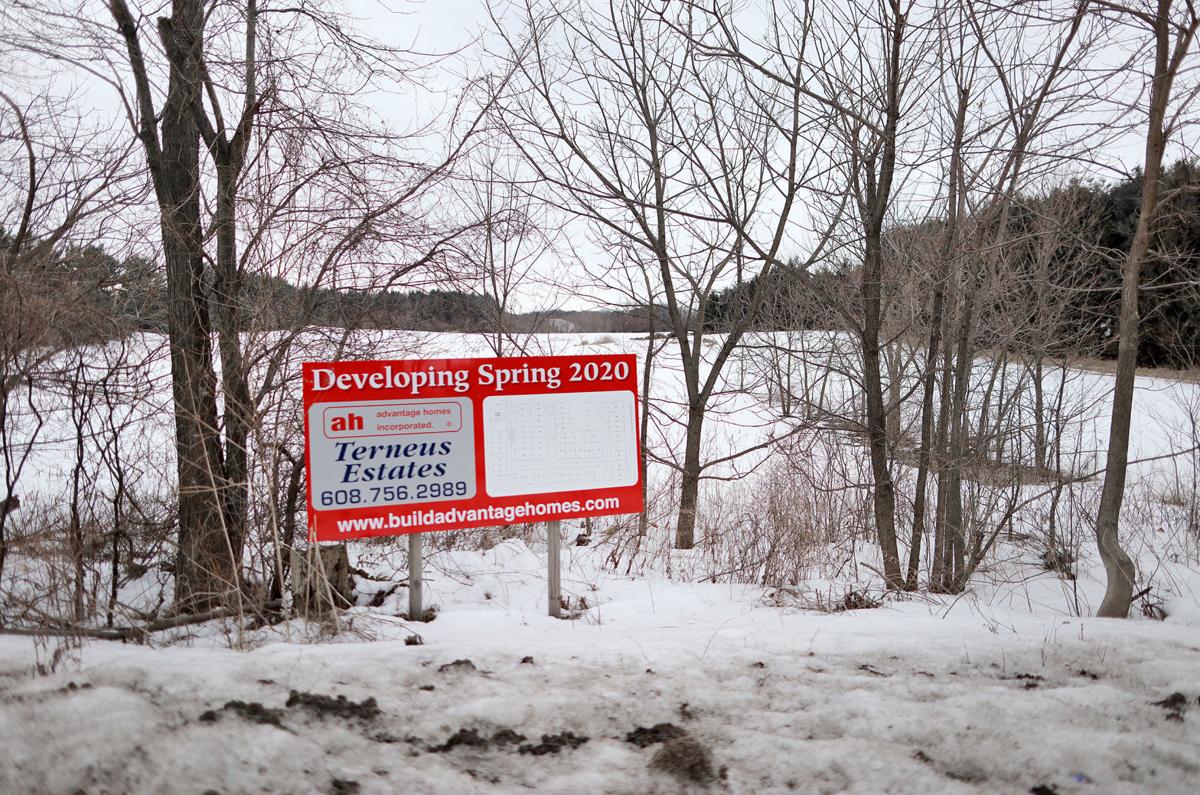 A sign marks the location of the proposed Terneus Estates subdivision on Janesville’s northeast side. The developer plans to build 27 single-family homes there this year. 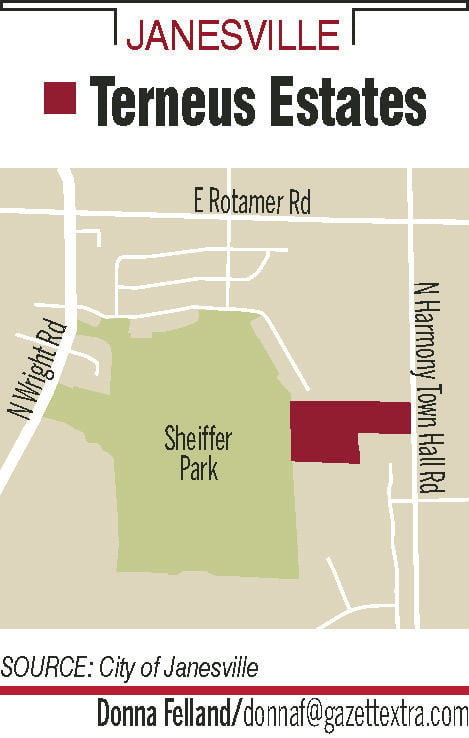 David Hiller believes Janesville should be a talent importer, not a talent exporter.

Hiller, CEO of Advantage Land and Amwood Homes, said he often meets people who work in Janesville but live somewhere else.

He wants to change that.

As part of its consent agenda, the city council Monday approved a final plat for Terneus Estates, a proposed subdivision on the city’s northeast side.

During public comment, Hiller said his company plans to prepare 44 lots in Terneus Estates in two phases: 27 single-family homes this year and the rest in 2021.

Terneus Estates will be located in the 3500 block of North Harmony Town Hall Road, just east of Sheiffer Park between Rotamer Ridge and Emerald Estates subdivisions, according to a city memo.

The land has been designated for residential use in the city’s comprehensive plan.

A parcel in the subdivision’s northwest corner will be reserved for parkland and eventually become a parking lot for Sheiffer Park, according to the memo.

That partially satisfies the city ordinance requiring that 5% of a subdivision be dedicated to parkland or open space. A developer can pay the city in lieu of land.

The future parking space is less than 5% of the subdivision’s area, so the developer will have to pay the city to make up the difference, according to the memo.

Amwood Homes, which Hiller said has served Janesville since the 1960s, plans to complete 45 new houses across the city in 2020, an increase from recent years.

Janesville likely to see uptick in new home construction in 2020

Housing development is on an upward track, which is positive for the community, Hiller said.

In the last couple of years, city officials have warned about a citywide housing shortage that is making it difficult for employers to attract talent and for low-income residents to find stable housing.

Advantage Land is “pleased” to be part of the solution to Janesville’s housing crunch, Hiller said.

“We want to build a great neighborhood where people can live and where they can raise their families,” he said.

A memorandum of understanding between the developer and city says mass grading of the site could start in early March, and public improvement construction could start a month after that.

“You have my commitment that we will do this the right way and we will build that great neighborhood,” Hiller said.