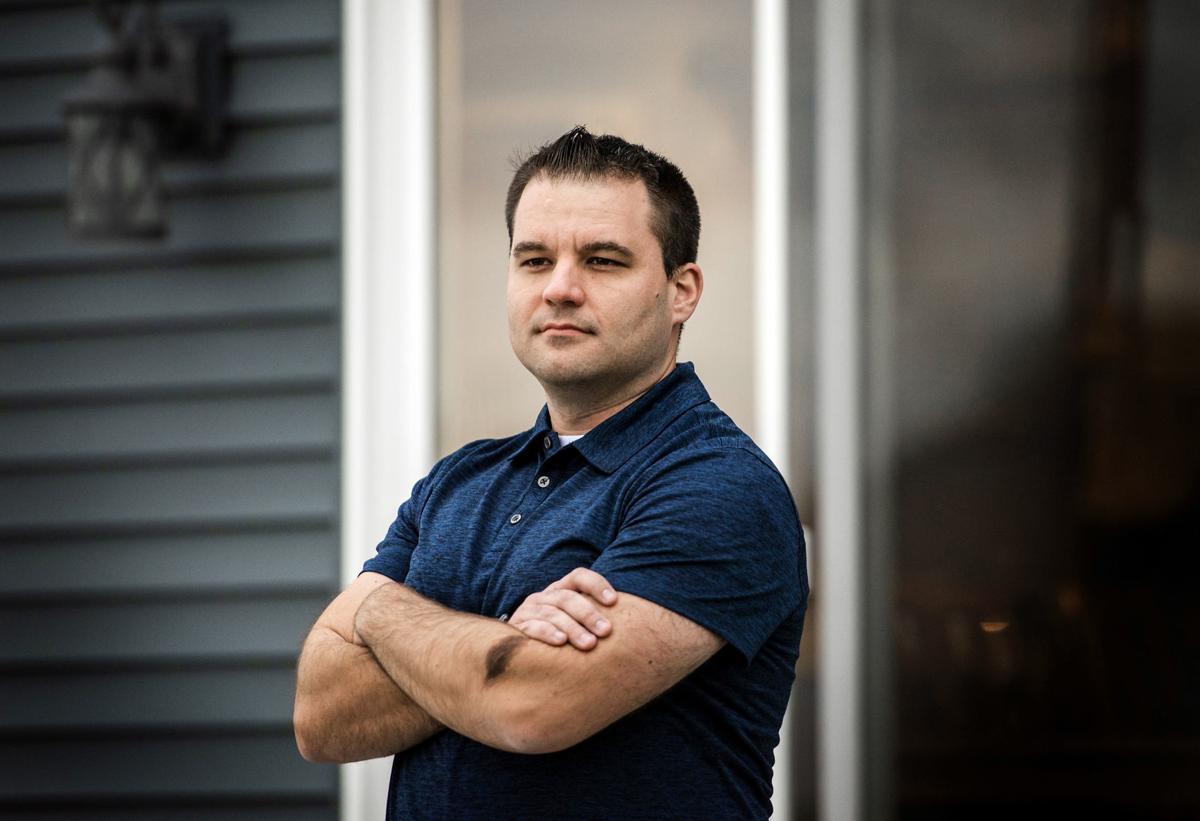 Ben Killoy, a Marine veteran and Milton resident, is the host of the ‘Military Veteran Dad’ podcast. 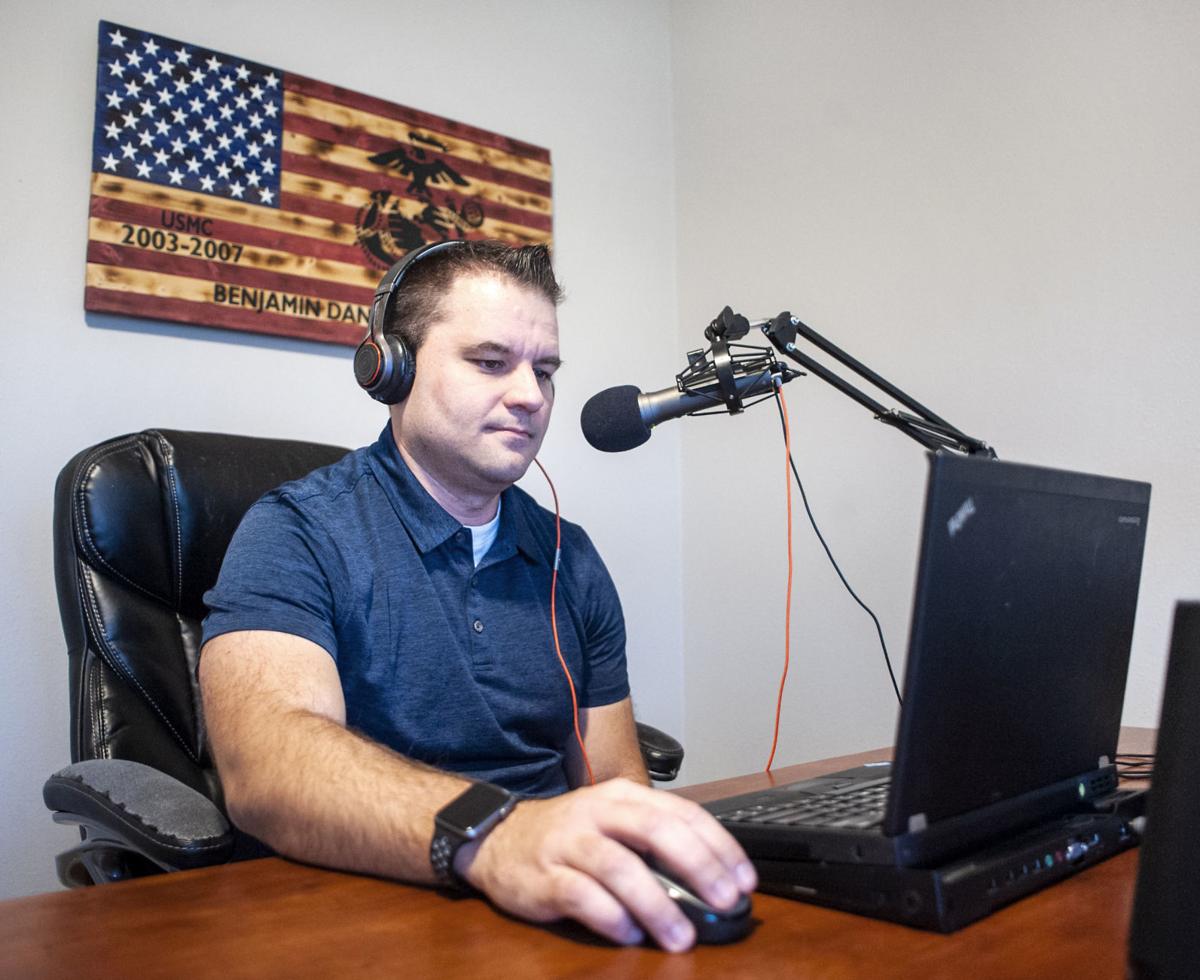 Ben Killoy, a Marine veteran and Milton resident, sits in his podcast producing room during an interview with The Gazette. 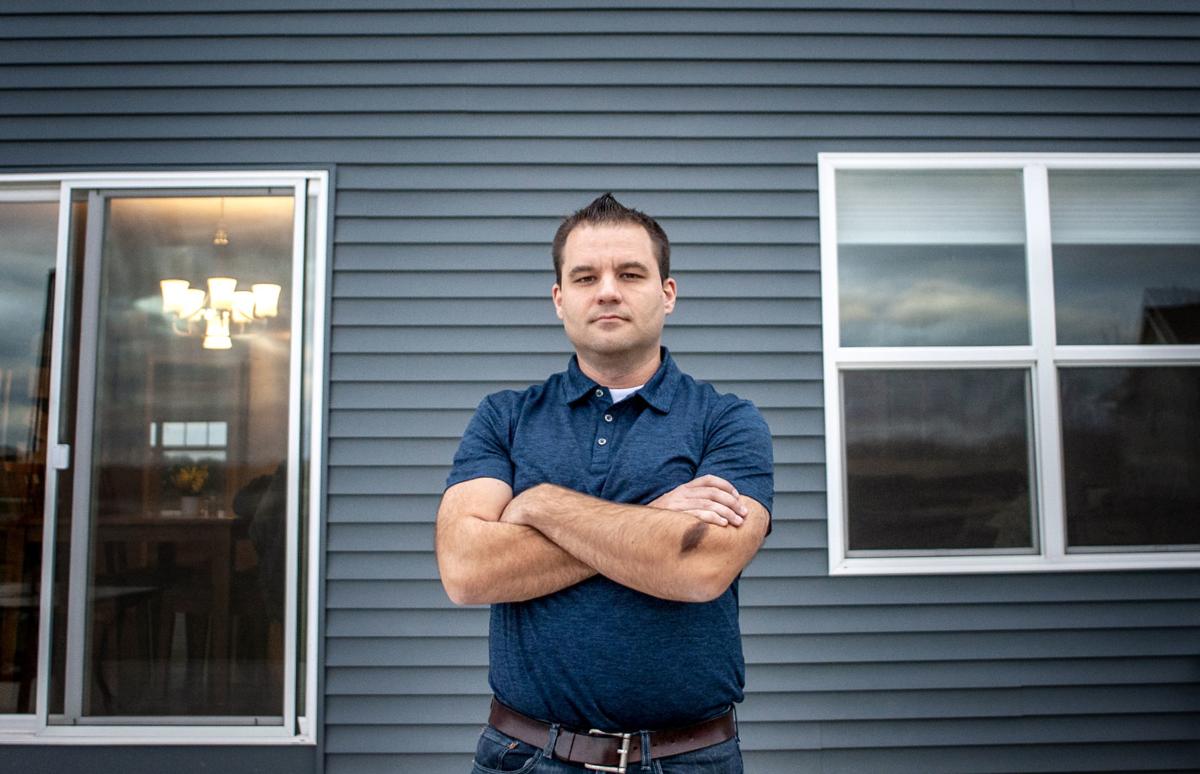 Ben Killoy, a Marine veteran and Milton resident, is the host of 'Military Veteran Dad' podcast.

Ben Killoy wasn’t sure about his idea of doing a podcast for military dads until he saw it bring tears to the wife of a military man.

“Her raw emotion kind of validated the need,” Killoy said. “It felt real, and it felt like I could help them because what I said resonated.”

Four years ago, Ben Killoy wanted to get into podcasting. The Marine veteran began listening to multiple podcasts and befriending hosts and listeners of various shows.

He attended a podcasting convention last August to learn more about how to create a show before going to a military influencer conference in September, thinking he would start a podcast geared toward veterans who are now dads.

But he wasn’t fully sold on the idea until he shared his thoughts with the spouse of a military member, who was brought to tears by the idea.

The former Marine wrote his business plan on the plane ride home from the conference and started his podcast “Military Veteran Dad” in January.

Killoy served in South Korea, the Philippines, Australia and other places around the world from 2003-07. The veteran, husband and father wants to help dads resituate themselves in their family lives when they return from war.

“So many dads have come home but never really been present,” he said.

He wants to help end the chain of broken military families.

The goal of the podcast is two-fold: He wants it to become a business so he can be a stay-at-home dad and take care of his kids, but he also wants to help military dads realize they are not alone and have others to support them.

“Military men are tough, and they’re not always looking for a solution to what they’re feeling,” he said.

He thinks the niche of a military dads podcast could lead to a successful and productive experience for both him and his listeners.

“I’m the only voice for this,” he said. “I’ve never met someone serving the military veteran dad community. There’s lots of dad podcasters, but there’s no one focusing on veteran dads.”

His podcast is based off of his own experiences adjusting to a citizen lifestyle, he said.

“I’m the friend I wish I had five years ago to other veterans,” Killoy said.

The podcast focuses on four main areas, which he said eventually could turn into a book.

The first point is legacy. Killoy said some military members struggle with leaving the legacy of service and shifting into the legacy of their family. Ego, self confidence, community and communication are all talked about in the episodes, which are released weekly.

The free podcast is available on almost every streaming service, he said.

“All it takes is one vulnerable statement on a podcast to cancel out that feeling they’re having inside and they can eventually see they’re not the only one feeling that way and can start to really come home,” he said.

He picks his guests by talking to “everyday military dads” and talking about life and their experiences. In the future, he said listeners can expect him to feature more experts on family and marriage related to military experiences.

Killoy wants to see the podcast and the conversation around veterans returning to everyday life continue to grow.

“Your friendship is the best gift you can give a veteran because oftentimes that friendship creates a community, and that’s what we yearn for most,” he said.

“I’m always one conversation away from something amazing. That one step took me to where I am today … there’s people around you everyday who can change your life, but you’ll never know if you don’t say hello.”