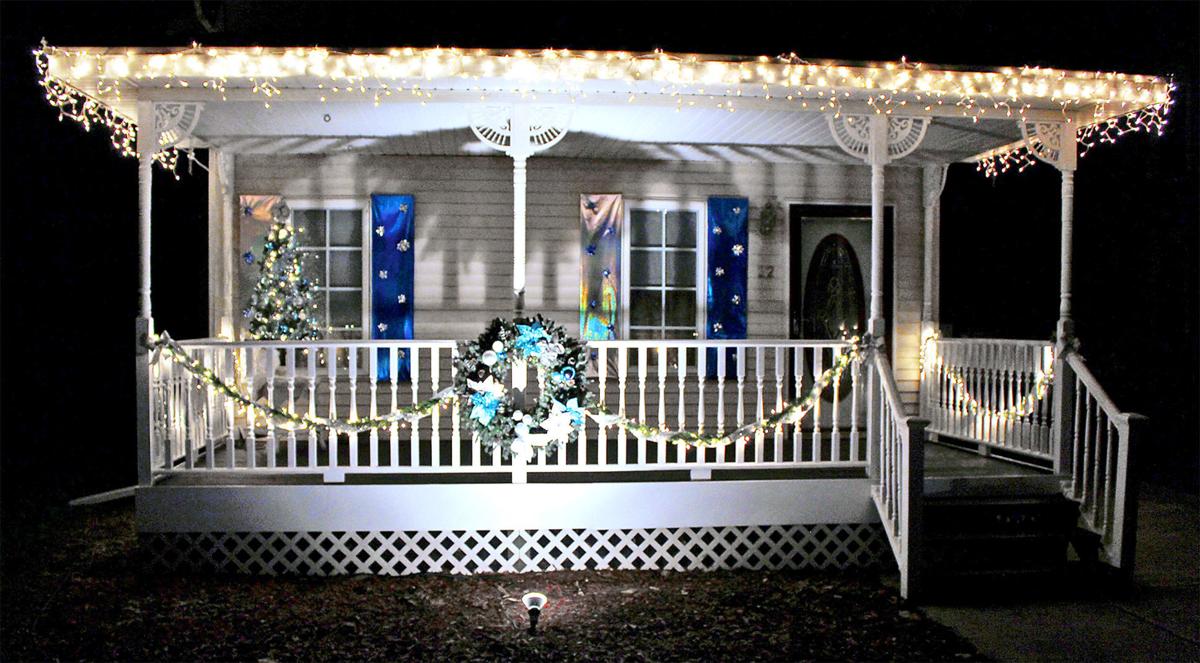 Anita Swaim’s house at 22 N. Janesville St. is included in this year’s Milton Area Chamber of Commerce Christmas Walk. It was once the home of A.B. Lee, a black Civil War veteran. 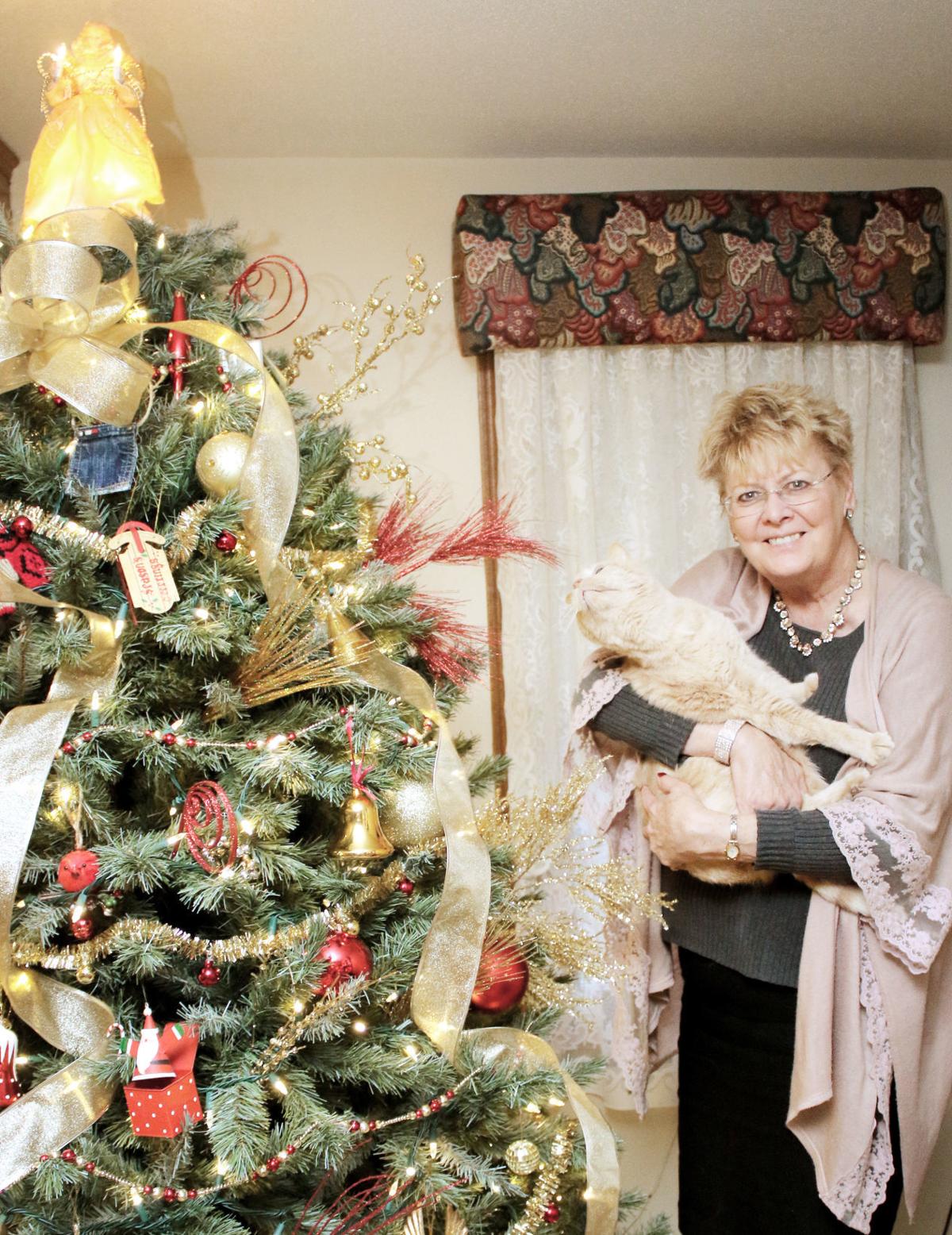 Reggie White, one of Anita Swaim’s cats, takes an interest in the Christmas tree while posing for a photo with his owner. Swaim’s home is one of seven on the Milton Area Chamber of Commerce Christmas Walk on Sunday, Dec. 8. 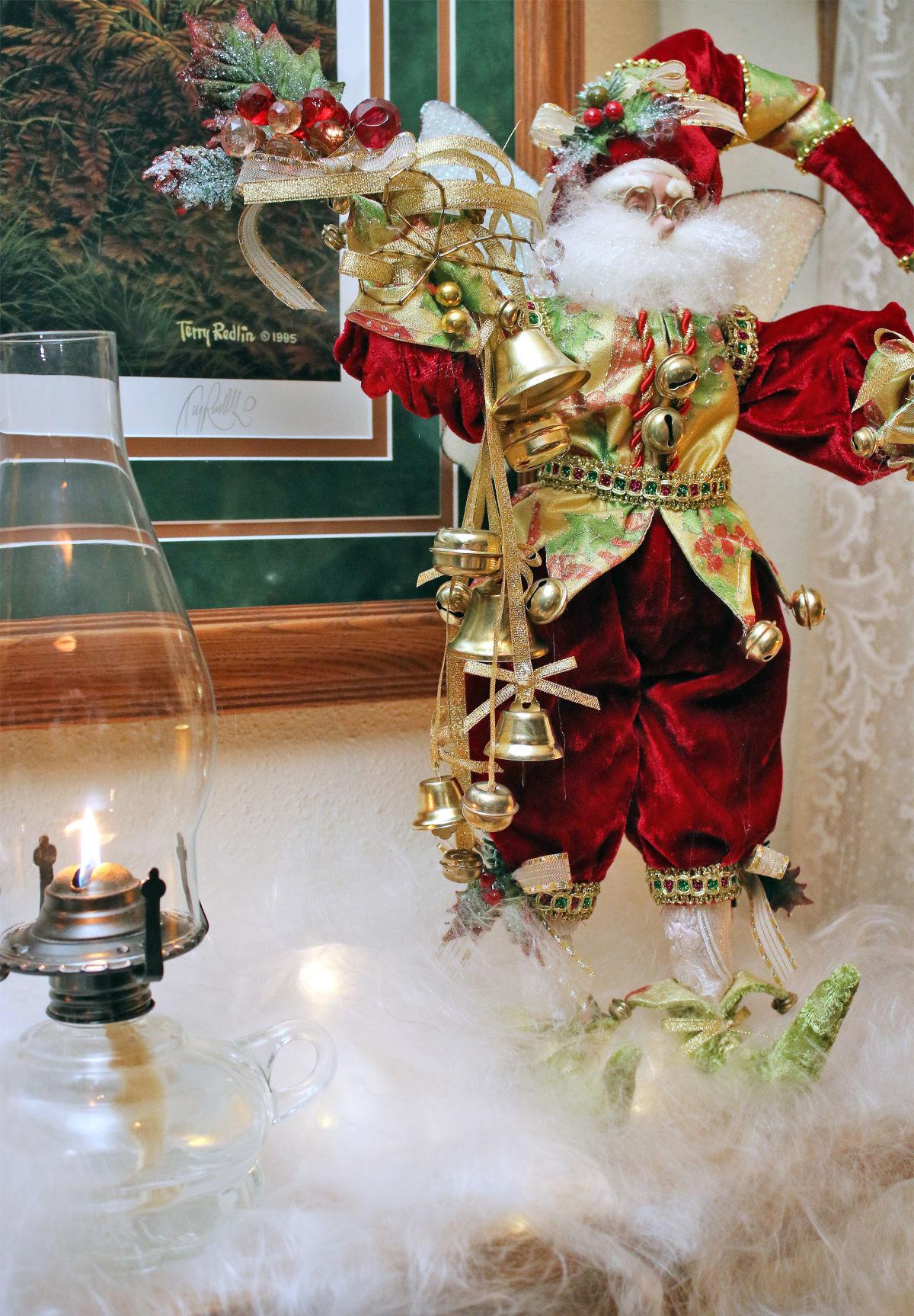 A Santa in a jester’s costume decorates Anita Swaim’s home, one of seven in the Milton Area Chamber of Commerce Christmas Walk. 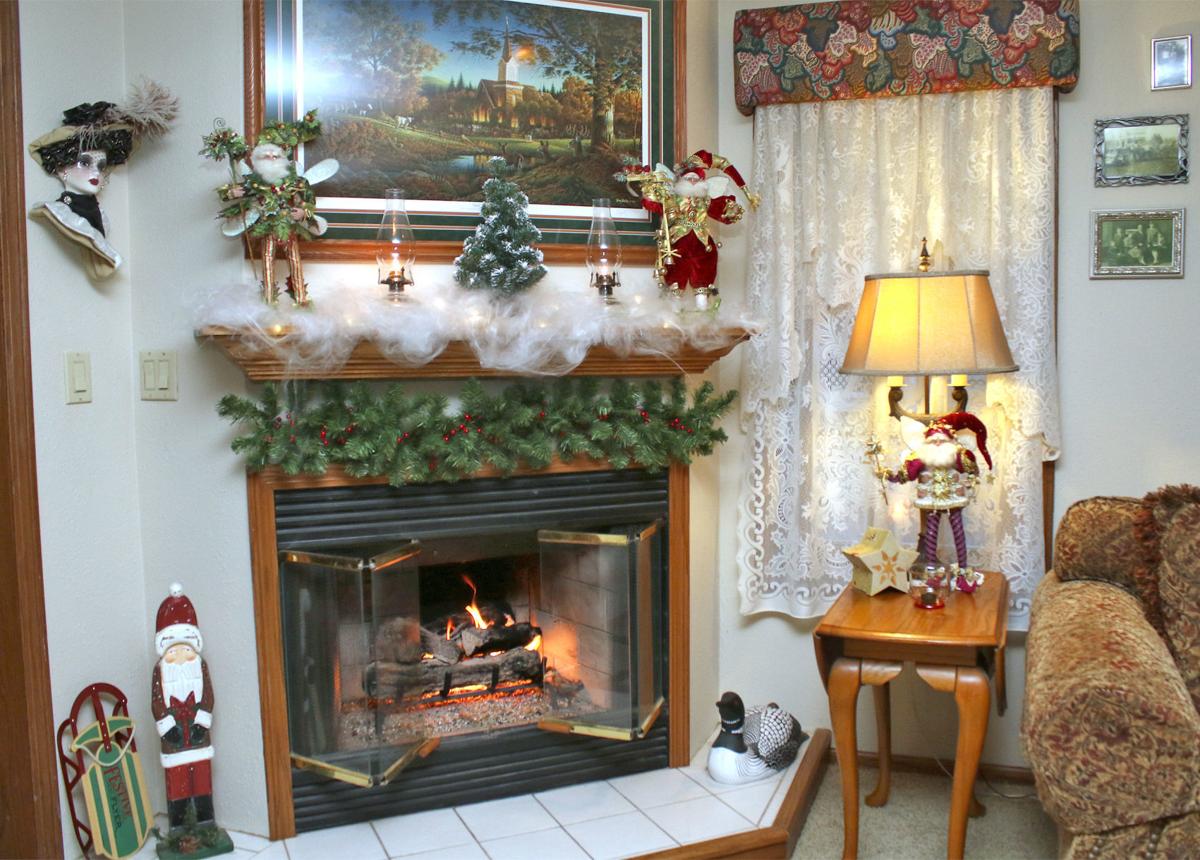 A cheery fire crackles in the fireplace at Anita Swaim’s home at 22 N. Janesville St., Milton.

Homeowners who open their doors to the public for the Milton Area Chamber of Commerce Christmas Walk share the gifts of holiday spirit, decorating inspiration and Milton history.

Sometimes, the gift is all three wrapped in one package.

That’s the case with the two-story home at 22 N. Janesville St.

Records show the property was owned by the city’s founder, Joseph Goodrich, in 1840. The structure itself was home to A.B. Lee, a black Civil War veteran. The Lee home and harness shop was three doors north of the creamery, which is now an apartment building north of the Milton House.

Anita Swaim has lived in the Lee house for 36 years.

When she first moved in, she thought something was missing.

“It looked so plain,” said Swaim, showing a reporter black and white photos of the house.

A renovation in 1996 restored the front porch.

“That’s my heart,” Swaim said of the porch. “I spent a lot of time out there watching the cars go by. We were very grateful when the bypass came through because before the bypass, 16,000 vehicles went by my house.”

As she talks, two cats—Reggie White and “Barty” Bart Starr—introduce themselves. They don’t pay much attention to the Christmas decorations and apparently didn’t notice that Swain and her son Elgine Storlie decorated early this year.

The house’s decorating theme is traditional. The Christmas tree features a mix of reds and golds and is topped by a lighted angel. Beneath the angel, a large golden bow trails ribbon down the length of the tree.

Mark Roberts Santa figurines perch throughout the living room. As guests enter through the front door, they’ll be greeted by the figurines and the warmth of the fireplace.

Storlie said he talked his mom into entering her home in the Christmas Walk, which is Sunday, Dec. 8.

“We just wanted to share something different,” Swaim said.

Tickets: $10 with children younger than 12 admitted free. Tickets will be available at the homes on the day of the walk or in advance at the MACC office, Milton banks, Goodrich Antiques and Red Rooster.