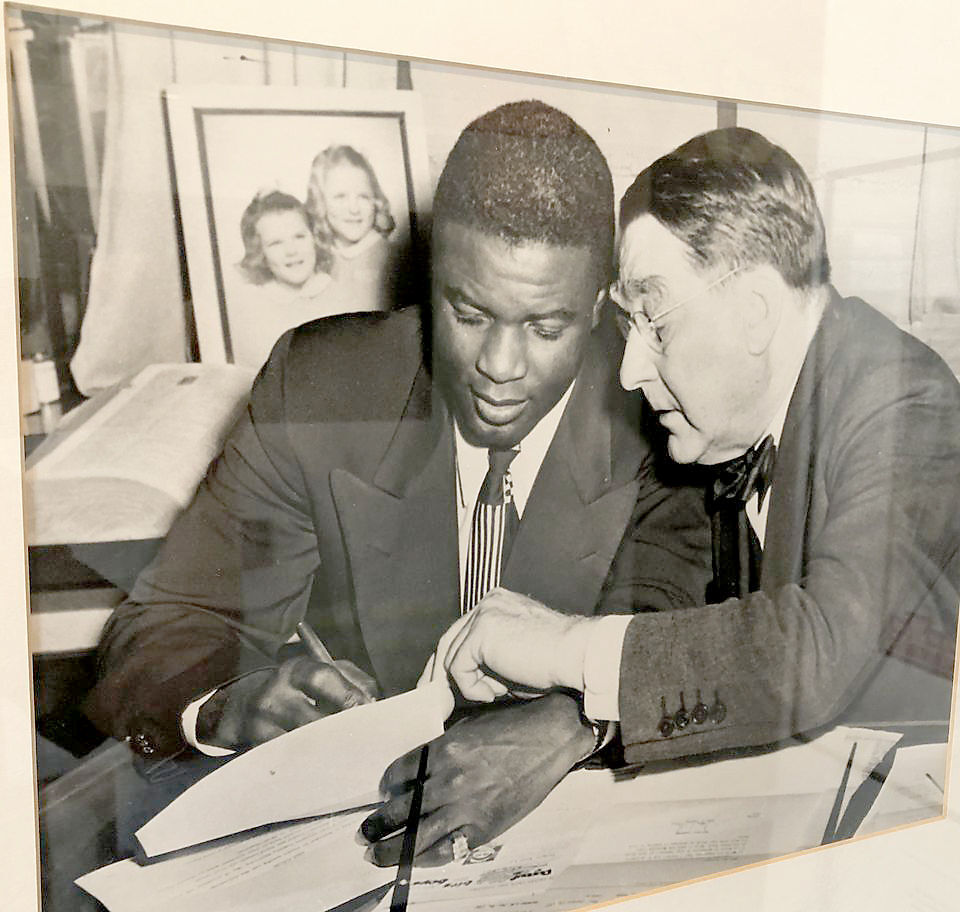 Jackie Robinson signs his historic contract with the Brooklyn Dodgers in 1945. Robinson was the first Black player in the major leagues after a short stint in the Negro Leagues. 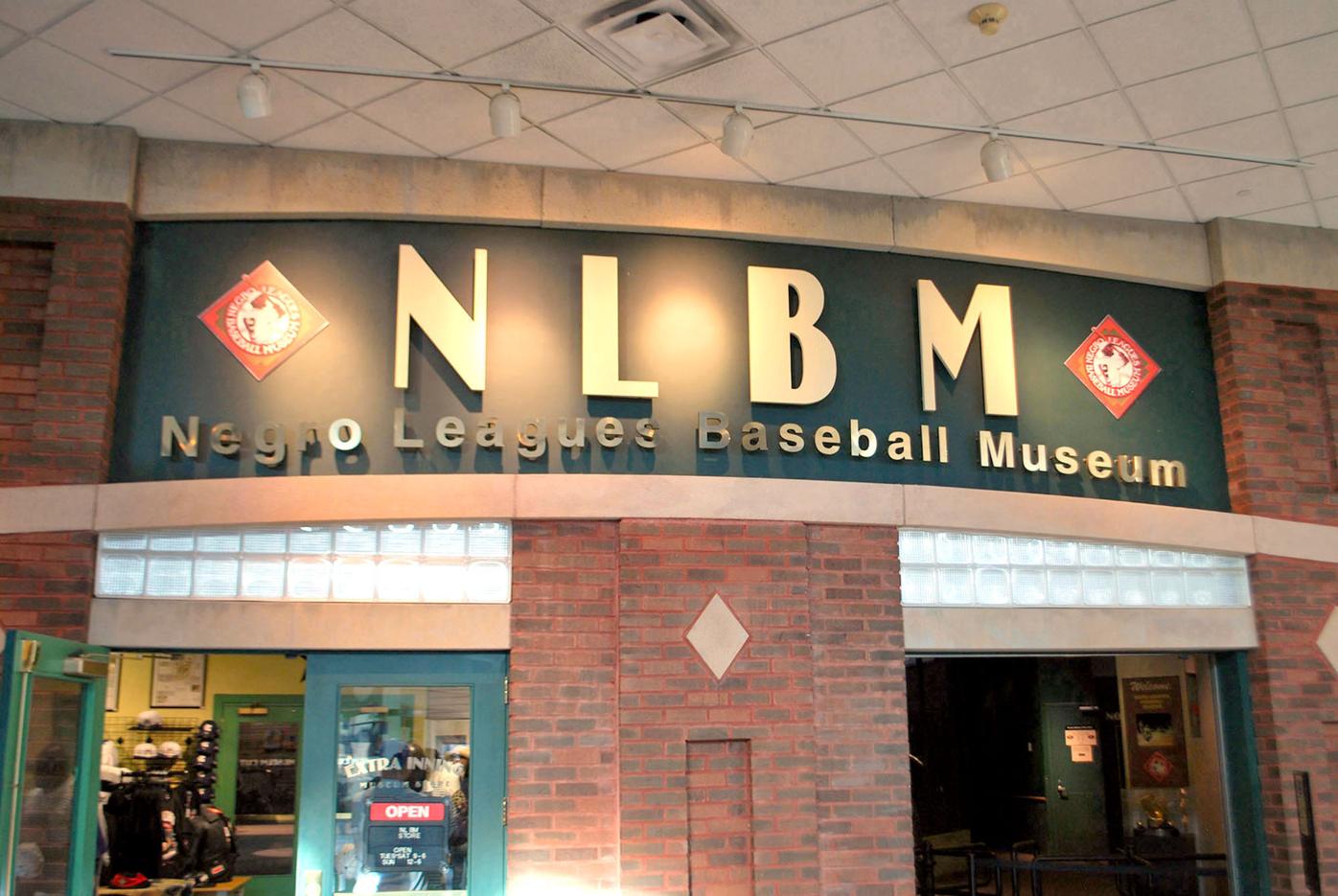 The Negro Leagues Baseball Museum in Kansas City, Mo., is dedicated to preserving the history of African-American baseball, when black players were prohibited from joining the major league teams. (Mark Taylor/Chicago Tribune/TNS) 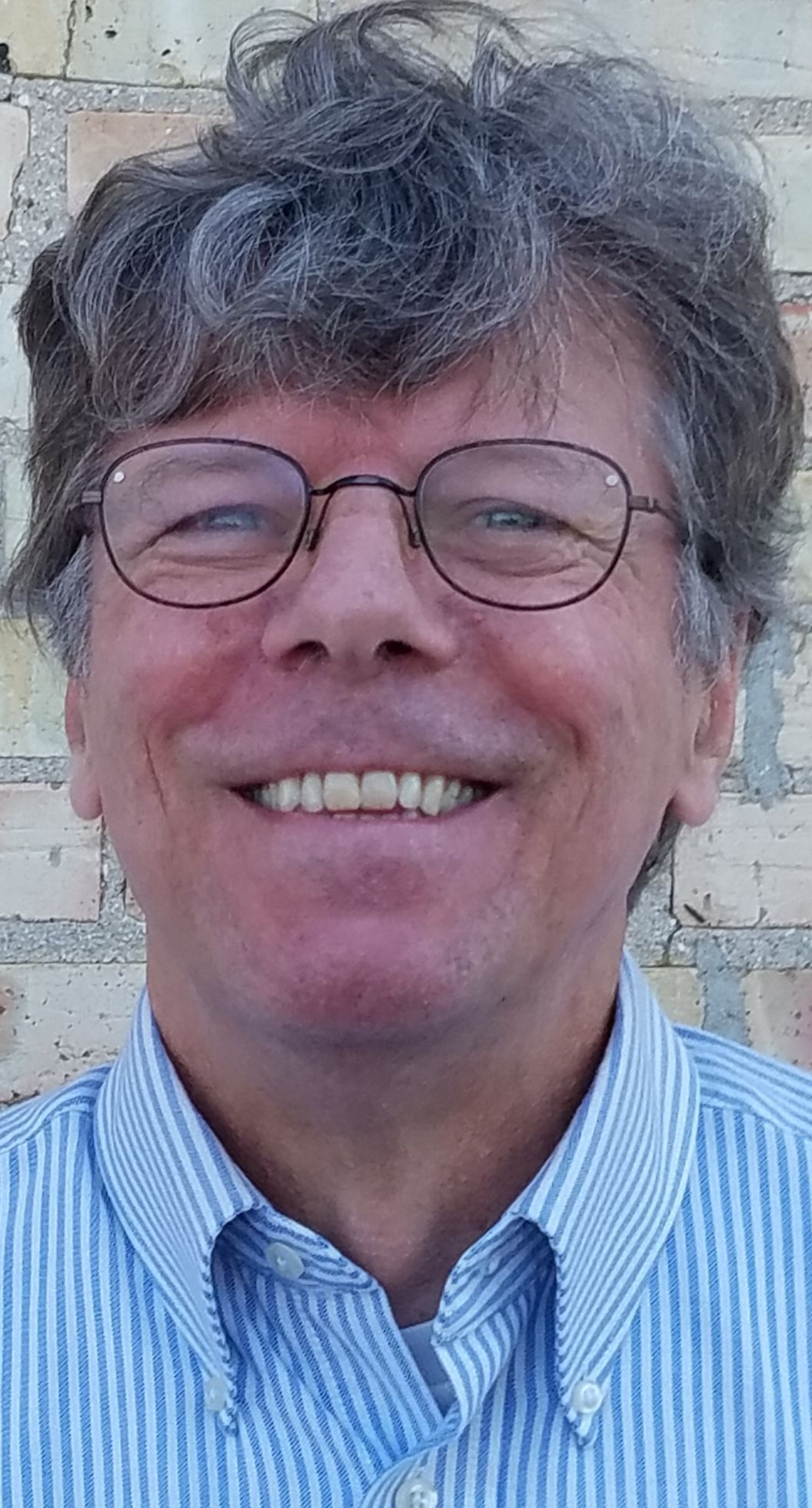 Jackie Robinson signs his historic contract with the Brooklyn Dodgers in 1945. Robinson was the first Black player in the major leagues after a short stint in the Negro Leagues.

The Negro Leagues Baseball Museum in Kansas City, Mo., is dedicated to preserving the history of African-American baseball, when black players were prohibited from joining the major league teams. (Mark Taylor/Chicago Tribune/TNS)

John Graf collected baseball cards as a boy growing up in 1960s Janesville.

But unlike many other young fans, Graf copied information from the cards, drew illustrations and made an 80-page book about his diamond heroes.

Prominent among those heroes were Black players, including Hank Aaron of the Milwaukee Braves and Orestes “Minnie” Miñoso of the Chicago White Sox.

Many of those players had one thing in common: They got their start in the Negro Leagues, leagues that existed because white professional baseball kept Black players out from 1884 until Jackie Robinson joined the Brooklyn Dodgers in 1947.

Graf became interested in those who were left out or marginalized. Decades later, his dedication to that history led to an editing job on a new book on Black baseball, “Rube to Robinson.”

The title refers to Robinson, of course, and Andrew “Rube” Foster, a superb pitcher and manager, who organized the Negro National League, the first of its kind, in 1920.

Graf did a short stint as a sports writer at The Gazette in the 1970s, when he wrote a story about the first Black player in the minor-league Wisconsin State League, Milton Bohannion, who played for the Janesville Cubs in 1949-50.

Graf went on to other pursuits, but baseball stuck with him. He got involved in the Society for American Baseball Research, an association of historians.

“My childhood interests matched with what was going on in the research world. I was hooked,” Graf said.

The book was published last year, an auspicious time, as 2020 saw the deaths of Black hall of famers Aaron, Bob Gibson and Joe Morgan, Graf noted. It was also the 100th anniversary of the founding of the first Negro National League.

And it was the year that Major League Baseball proclaimed—some say belatedly—that Negro Leagues were major league, and the Baseball Writers’ Association of America voted to remove Kenesaw Mountain Landis’ name from its most-valuable-player awards.

Landis, the first commissioner of baseball, is blamed by many for preserving segregation.

“Rube to Robinson” provides the background for these historic moves with such chapters as “Jackie Robinson’s signing: The Real Untold Story,” and “Negro League Baseball, the Black Community and the Socio-Economic Impact of Integration.”

The chapters take deep dives into the influence of Black players who were not fully appreciated in their time, including Oscar Charleston, said to be one of the greatest players of all time.

Graf said his role was largely copy editing, as the previously published articles had already been well researched and edited.

But Graf wrote the book’s introduction, in which he tells the story of Jerry Kenney of Beloit, a major leaguer in 1967-73, who was once asked by a reporter about how the big money of free agency and endorsement deals, which kicked in after he retired, might have made a difference for him.

Kenny, a Black player, changed the question and the answer. What if he had played decades earlier, he said, before Black players were allowed to play in the majors?

If not for the change that Jackie Robinson started, “I wouldn’t have had a career,” Kenney said.

The book’s articles “collectively assert that Black baseball’s history belongs directly alongside that of white or segregated baseball. Furthermore, the development of Black baseball as an institution was part of the larger struggle for racial justice,” Graf wrote.

Graf is white, but an associate editor, Larry Lester, is Black.

Lester wrote the book’s article on Landis, which includes the story of how Landis threatened to ban players in an all-star team led by Babe Ruth if they played an exhibition game against Charleston’s Colored All-Stars.

The teams played anyway, and Landis withheld the white players’ World Series pay and suspended Ruth and two others for 39 days.

Less than a year after Landis died, Robinson had signed a major league contract.

“Baseball is a part of an ongoing conversation our country is having about its true history,” Graf said. “And what is a complete history of the United States? Well, it includes this underside of injustice and the adversity that Black people have endured, going back to slavery.”

“From Rube to Robinson” is available at Book World, 2451 Milton Ave., Janesville, or can be ordered online at sabr.org/ebooks and from online booksellers.