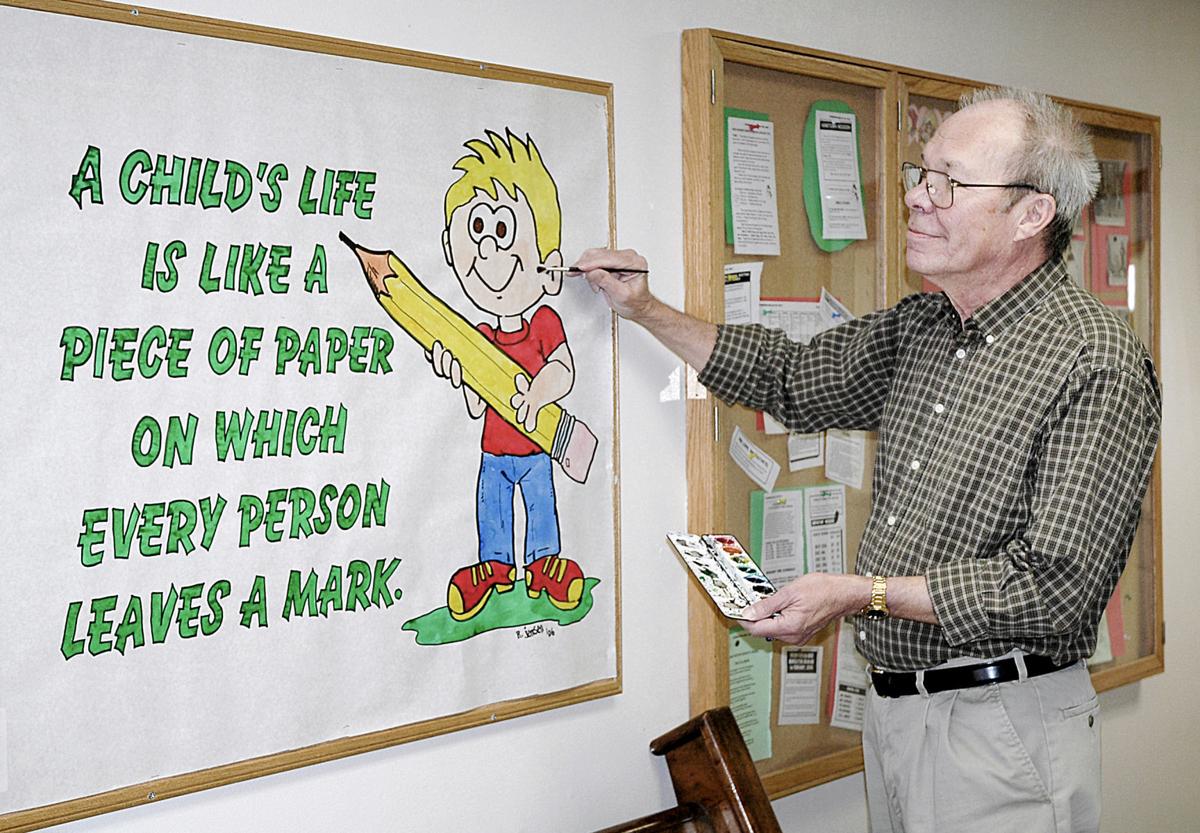 The late Bob Jensen paints a church bulletin board in Clinton. The former superintendent of Clinton schools relaxed through his artwork and created many handmade cards for family and friends. 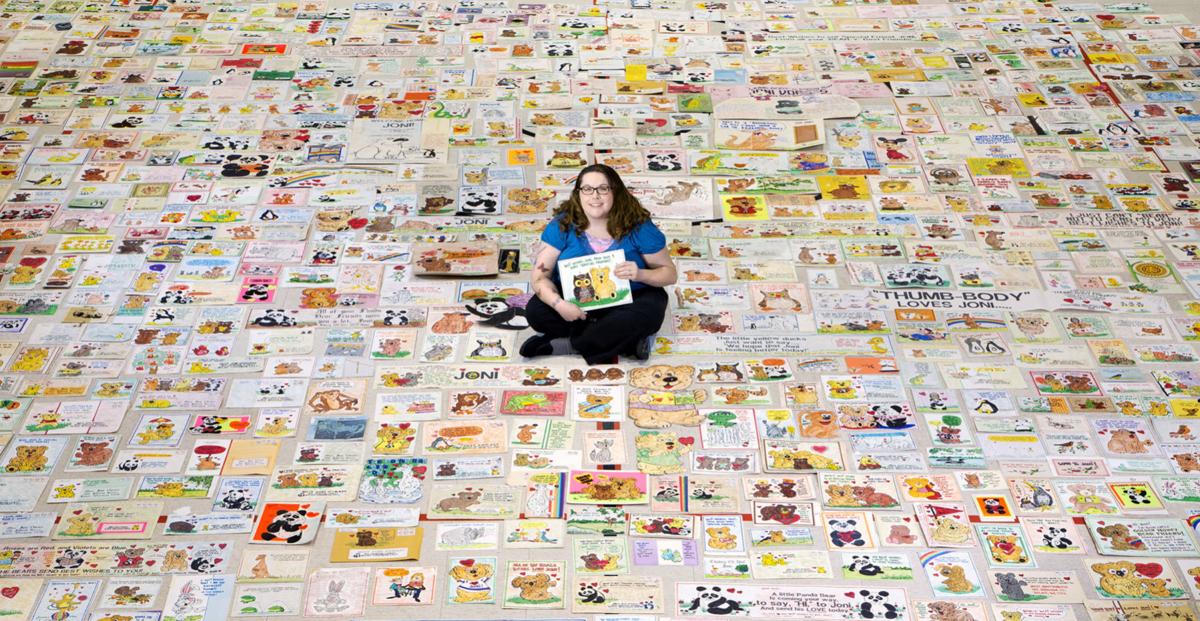 Joni Lillard sits among the hundreds of cards former Clinton School District Superintendent Bob Jensen made for her when she was a child in the 1980s. The cards arrived daily for more than two years.

The late Bob Jensen paints a church bulletin board in Clinton. The former superintendent of Clinton schools relaxed through his artwork and created many handmade cards for family and friends.

Joni Lillard sits among the hundreds of cards former Clinton School District Superintendent Bob Jensen made for her when she was a child in the 1980s. The cards arrived daily for more than two years.

Jan Jensen is eager to see her father’s penchant for kindness rub off on as many people as possible.

So she is happy to announce that the documentary, “The Bear and the Owl,” is now available on Amazon and free to anyone with an Amazon Prime membership.

“A lot of people were asking how they can watch it,” Jan said. “We are trying to spread the word.”

Jan and her husband, Mark Davis, made the documentary, which is about Jan’s father, the late Robert L. “Bob” Jensen of Clinton. They are co-founders of Tin Boat Productions, a small independent filmmaking company.

“The Bear and the Owl” tells how Bob sent a handmade get-well card to a sick child in 1986 and every day thereafter for two and a half years.

The documentary was screened at the Beloit International Film Festival, the Wisconsin Film Festival and on Wisconsin Public Television’s “Director’s Cut.”

“We’ve gotten great responses and feedback from people about the film,” Jan said. “They watch the film and think about how they can do something nice for someone. Right now, with so many bad news stories, it is refreshing to hear a positive story about someone doing a kind gesture for someone else.”

Jan and her husband live in the Catskills of New York.

Her father was a busy man who moved to Clinton in 1966 to become the junior high school principal. In 1979, Bob was promoted to be the Clinton School District superintendent, a position he held until he retired in 1998.

In addition to a busy professional life, Bob was married to Mary and had three children. Still, he made time to show compassion for others.

Throughout his career and into retirement, art was his passion.

“My dad’s way of relaxing was to do artwork,” Jan explained. “Whether it was making a card for an anniversary or a birthday, he did it a lot for people. It was his way to reach out and let them know he was thinking of them in a personal way.”

Bob drew and painted all the cards and envelopes, which usually were larger than life with playful characters. He also created original children’s books for family and friends.

In 1986, Bob read about a Beloit child who was spending her birthday in Boston Children’s Hospital. He did not know young Joni Lillard or her family, but that did not stop him from making a card and sending it.

He continued to send cards every day.

Today, Lillard, who lives in Loves Park, Illinois, doesn’t know for sure how many she received, but she kept every one.

“I was in that hospital for six weeks,” she remembered. “When I got home, I kept getting humongous cards from him every day.”

She kept every card “because they are just so special,” Lillard said. “Whenever I looked at them, they would make me happy. Bob was a really special guy to me and my family.”

Eventually, the two families met and stayed in touch.

Jan was in junior high school when her father sent the cards. But she also saw him spend many hours volunteering at nursing homes and sending cards to others.

“He had a huge impact on me and my brothers,” Jan said. “We were raised drawing cards for others. We also used to go to the nursing home in Clinton and had adopted grandparents, so to speak, who didn’t get many visitors or who didn’t have families close by.”

When she saw how excited the nursing home residents were to receive cards and visitors, she said she understood why visiting them was important.

“It instilled a lot of values in us as children,” Jan said. “We understood that it doesn’t have to be a big gesture to make a difference in someone else’s life.”

She added: “The more people hear stories like this, the more they think they can do something to pay it forward with kindness.”

For more information about the documentary, visit thebearandtheowl.com.