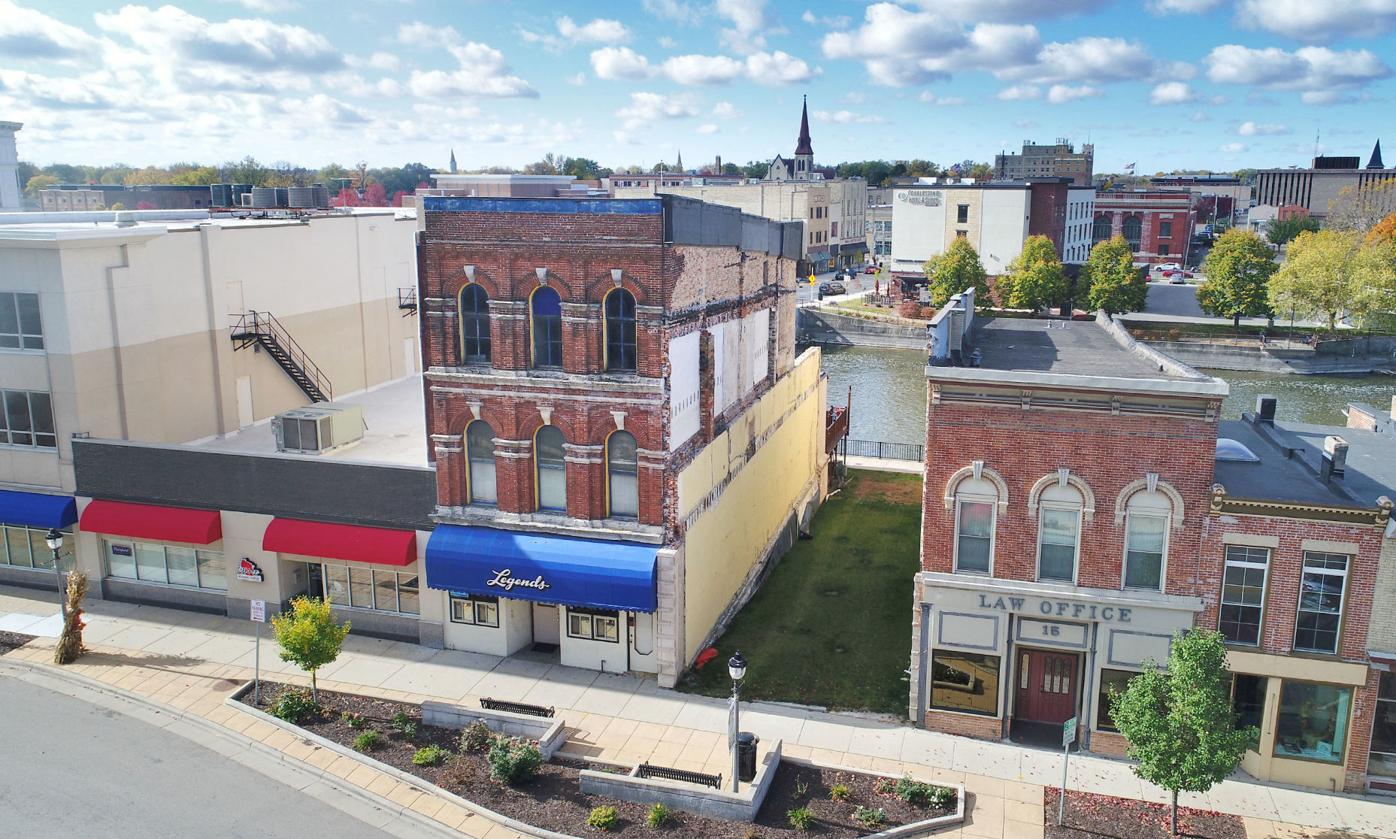 A new owner plans to transform Legends Tavern and the adjacent empty lot into Genisa, an Italian-style wine bar with event space, an upper-floor apartment and an all-season patio with a view of the Rock River. 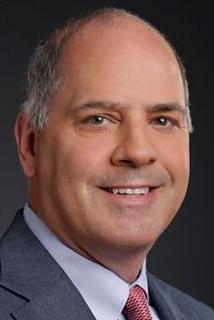 The soon-to-be new owner of the building that houses Legends Tavern plans to turn the blue-collar downtown bar into an upscale wine bar that he says will honor his family and the building’s original architecture.

The future night spot is part of a three-piece set of renovations Hughes said will start this fall with top-to-bottom renovations of the building’s long-unimproved third and fourth floors.

Preliminary designs call for a short-term rental condo and a reception space in the upper floors to be built alongside a three-tier, all-season patio and cigar deck in the grassy lot next to Legends.

Both will be accents for Genisa, the European café-style centerpiece on the ground floor.

Hughes, who is vice president of communications for NBCUniversal Sports Group, said he is longtime friends with Tim Millis, owner of Legends, and Bruce Monson, who owns the grassy lot just north.

Hughes visited Janesville in summer and was with a few friends on the riverfront patio outside the Cobblestone Hotel. He said he felt inspired by the downtown riverfront and an opportunity he spotted straight across the Rock River: the Legends building and vacant lot next door.

Hughes said he called Millis from the Cobblestone patio, and the Legends owner answered right away.

“I said, ‘I’m interested in buying the building from you. Are you interested in selling?’” Hughes said. “If he’d have said, ‘No, I’m going to hang on to it for five more years,’ then it wouldn’t have happened. But it was timing leading to opportunity. Good timing, I guess.”

The sale of the building and adjacent lot were pending this week. Hughes won’t discuss the projects’ potential costs, but he said they could involve historical renovations and possibly city tax incentives to help restore the building’s original Italianate design.

Hughes wanted to go public with the project now because he wanted Legends’ staff to know what the future holds.

He said he plans to make renovations to the bar space—the future Genisa—the final piece of work partly because he has agreed to allow Legends to continue running until April, which is the anniversary of the bar’s founding.

“It’s their 37th year. Thirty-seven years is a long time. That’s really important that they can celebrate that,” Hughes said.

Hughes sees Genisa as a cosmopolitan hot spot that will fit in well with downtown’s recent renaissance in specialty bars and dining.

The bar will pair quality wines and upper-tier beer and cocktail selections with Italian-inspired appetizers.

A Craig High School graduate who grew up in the Fourth Ward, Hughes said he wants the place to be welcoming enough that his childhood friends would want to hang out there.

The bar’s name is significant. It’s the name of Hughes’ mother, the late Genisa Cucchiella Hughes.

Most who would remember Genisa Hughes would have known her as part of the local political cognoscenti and a frequent, verbose caller on talk-radio shows at the tail end of the last century.

And they would have known Genisa Hughes as “Jenny,” not Genisa.

Hughes is dedicating the space to his mother, who died in 2009, and his father, Jack Hughes, who died in 1999 after the couple had relocated to Las Vegas.

An outdoor lounge, part of year-round outdoor seating that will wrap around the riverfront and north sides of the building, will feature a cigar deck named after Jack.

The sign out front will read “Genisa” in Hughes’ mother’s own signature, Hughes said.

“This is something that I thought would be a great way to honor my parents,” he said. “And I want it to be something that all my friends from the Fourth Ward will be proud of. I wanted Janesville to see it as a really nice landmark that people will go to experience a great, fun, relaxing and unique experience.”

Hughes said he is working with the city’s planning and economic development departments on the new projects, and he has talked to city officials about potential tax incentives. He said there’s a gap in what he can afford in necessary work under historic renovation rules.

Downtown Janesville is overlaid with a tax-increment financing district, and some of those programs can work in tandem with state historic renovation grant and loan programs.

The city has begun to use TIF programs downtown to help spur ongoing revival and apartment development along the riverfront.

Economic Development Director Gale Price said he and Hughes have been negotiating possible tax incentives for the revamp at Legends and the empty lot next door.

Price said he couldn’t discuss specifics, but he indicated the project fits the bill for some type of city tax incentives.

“When you think about an addition to our downtown and the cosmopolitan nature of the concept, I think it’s really a great fit for our community and the downtown,” Price said.

“When we talk about the properties on Main Street and projects that could further articulate the improvements we’re seeing along the Rock River corridor, Greg’s plan would do that. It makes sense, and the city intends to do more of this (public-private partnerships) in downtown going forward.”

A planned downtown wine bar could be up and running this summer after receiving a tax-increment finance agreement from the Janesville City Council on Monday.