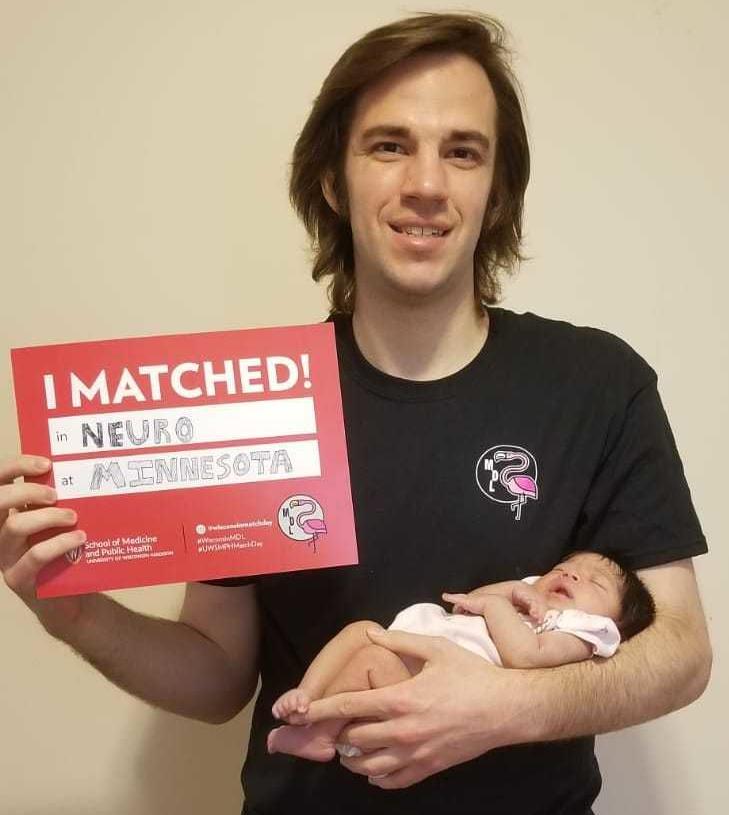 John Ziegler, who grew up in Janesville, holds his second daughter as he announces his upcoming residency in neurology at the University of Minnesota. The girl is named Judy, after his mother, a Janesville pediatrician who died in 2017 while he was in medical school. 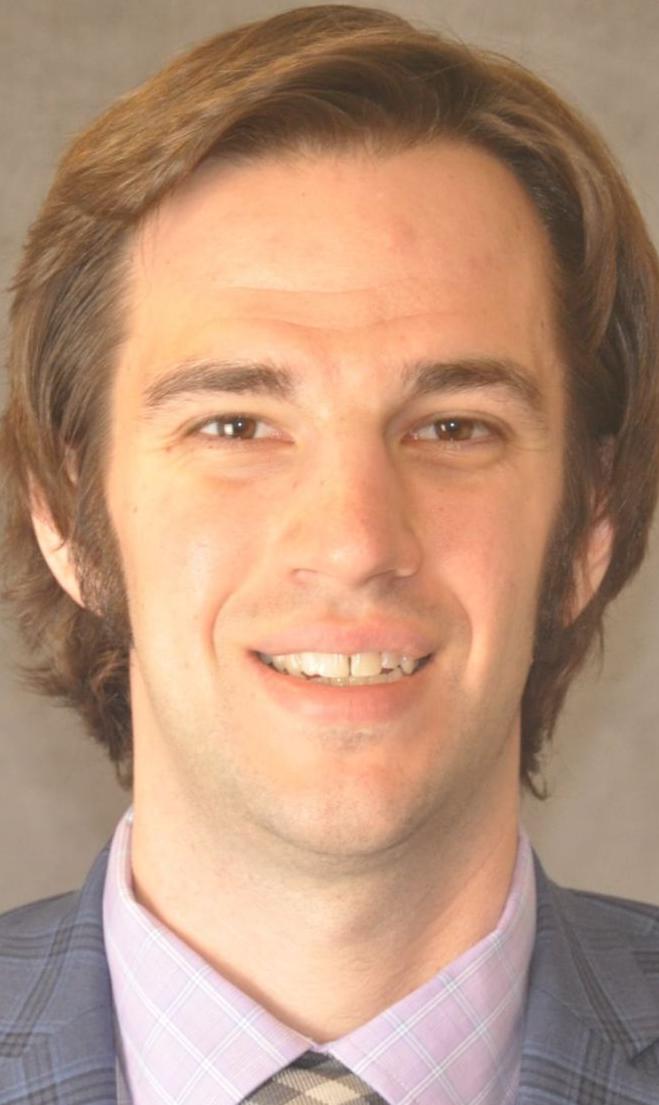 John Ziegler, who grew up in Janesville, holds his second daughter as he announces his upcoming residency in neurology at the University of Minnesota. The girl is named Judy, after his mother, a Janesville pediatrician who died in 2017 while he was in medical school.

John Ziegler has the qualities you want to see in a doctor: He likes to help others. He’s funny. Life laid him low, but he got back on his feet.

He became a doctor Saturday as he graduated from UW-Madison’s School of Medicine and Public Health. His classmates recognized his special qualities by asking him to give the student speech.

Ziegler is a Janesville native and a 2009 Milton High School grad, the son of two local pediatricians, Judy and John Ziegler. The younger Ziegler was in his first year of medical school in 2016-17, a time that med students are so inundated with schoolwork that it has been compared to trying to drink water from a fire hose.

His wife had just given birth to their first child, and his mother was diagnosed with a lung cancer that would soon end her life.

Keeping up with the medical appointments of his mother and wife was too much, he said.

“I quickly became overwhelmed. I failed one class and was well on my way to failing another. I had to take a leave of absence,” he told the graduates. “It was an unhappy time. I wasn’t the medical student, son or husband I wanted to be. That’s OK. It’s the distance between who we are and who we want to be that makes life interesting.”

In an interview, Ziegler recalled his mother’s advice during that time: “If you want to go back to med school, I think you’ll be a great physician. And if you don’t want to, I think you’ll be great at whatever you do, and I’ll love you just as much and be just as proud of you.”

Ziegler went back to med school.

“There’s no coincidence he was selected by our approximately 170 peers to address the class,” said fellow graduate Katie Mooney, who contacted The Gazette to suggest this story.

Ziegler was always rooting for everyone else to succeed, something that stands out in the competitive environment of med school, Mooney said.

“Despite a hectic schedule and innumerable academic demands, John would take time to talk to his classmates in the library for 10-15 minutes. He would meet classmates in the anatomy lab late in the evening so that we didn’t have to dissect alone,” Mooney said. “He knew all of his classmates’ names and stories.

“John’s practice of being an active listener who remembers the nuances of conversations and the lives of those around him has been a gift to his peers, and it will be an even more consequential gift to his patients in the future,” Mooney said.

Ziegler would bake and offer the results to fellow students with commentary, such as, “Baked these cinnamon scones—with two (2) sticks of butter!—while listening to a podcast about cholesterol-lowering medications.”

In his speech, Ziegler reminded graduates about a class called “The Healer’s Art,” which he took after his mother died. It included philosophical discussions. The next morning, he had anatomy lab:

“After discussing death the previous evening, it was both sacred and spiritual to hold and learn from the body and blood of another person, to wonder who their heart had loved, what their brain had worried about and how their last days might have compared to those of my mom.”

The Zieglers have a second child now, named after his mother. And the family is headed to Minneapolis, where John was selected for a residency in neurology.

Ziegler urged his classmates to keep a finger on the pulse of their own lives.

“Where will you find meaning?” he asked. “Perhaps it’s in the joy of the newborn exam or the sanctity of an end-of-life conversation. Or any of the moments in between that range from routine care to medical marvels. Maybe it’s in the fight against injustice, inequality and inequity or in doing the research that brings about tomorrow’s prevention treatments and cures. Whatever that thing is, knowing you, I know it’ll be spectacular.”