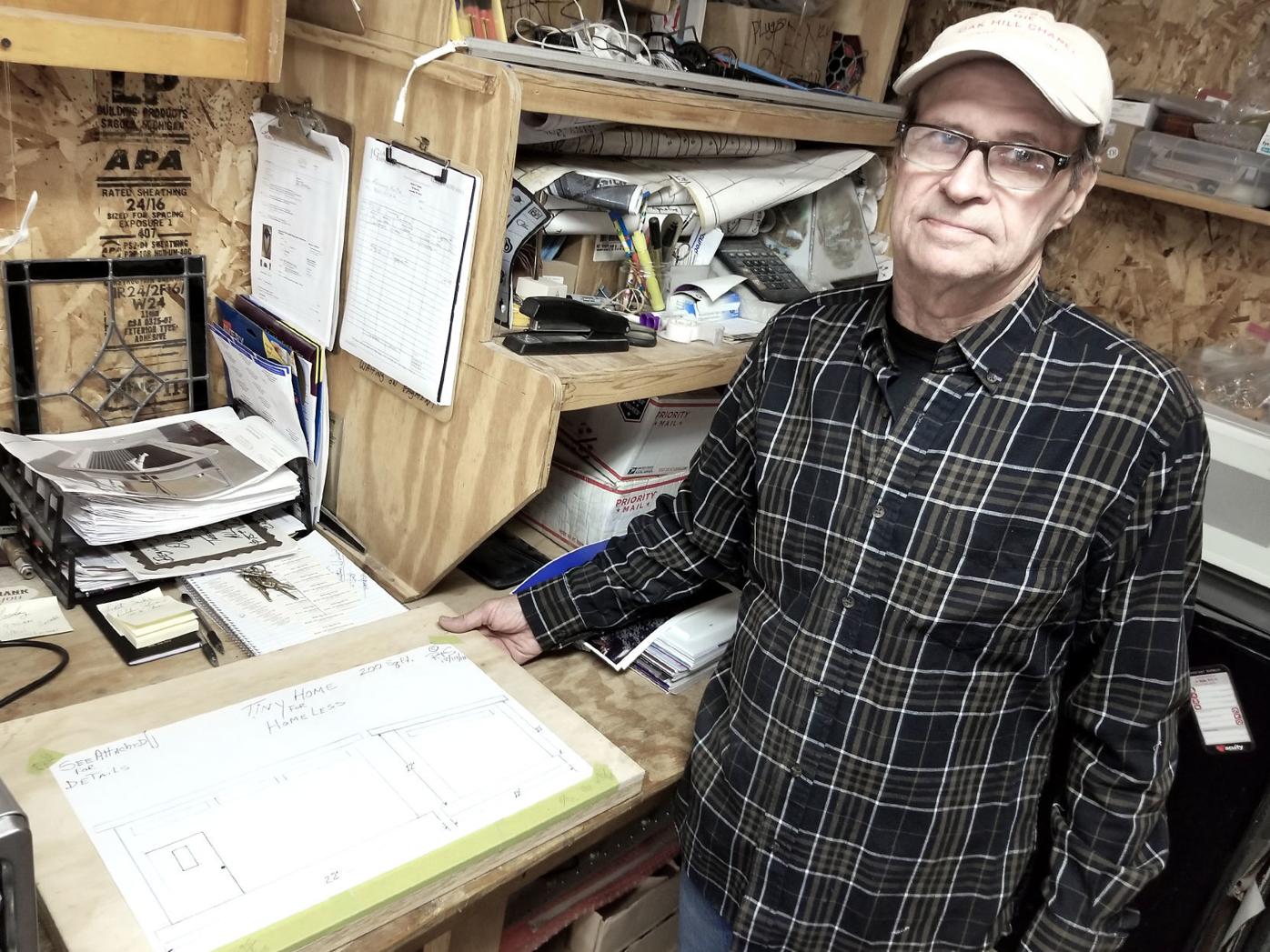 In a December 2018 file photo, Richard Snyder of Janesville shows designs for 200-square-foot ‘tiny homes’ he hoped to build in Janesville as transitional housing for local homeless people. Snyder now is retooling his proposal and says he wants to build "small homes" in the 400-square-foot range. 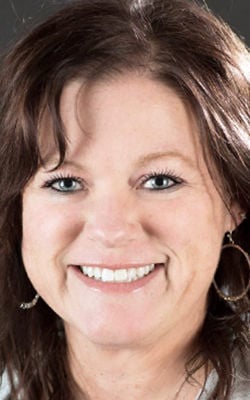 A local artisan who led the revamp of the once-threatened Oak Hill Cemetery chapel is turning his focus to a new idea: tiny homes that could offer temporary housing for local homeless people.

Richard Snyder of Janesville said he has reached out to the city with a plan to build several 200-square-foot tiny homes on a vacant city lot.

Under Snyder’s plans, an cluster of five to seven tiny homes on a single lot could offer homeless people low-maintenance shelter and a sense of community as they try to find a path out of homelessness.

Snyder is a custom equipment designer and manufacturer and stained-glass artist who helped lead a community fundraising drive and a volunteer effort that would have cost $1.5 million in labor, one city official estimated, to rehabilitate the Oak Hill chapel, which the city planned to demolish.

The revamped chapel had a grand opening this summer after several years of work.

Snyder said he became interested in the idea of tiny homes after he read about a homeless military veteran who was found dead in the Rock River near downtown Janesville in August. Snyder said he also read about the city working with local nonprofit groups on a homelessness task force that would look at new housing options.

Snyder said he read other reports of a group of tiny homes built in Racine to help house homeless veterans.

Snyder drafted floor and exterior plans for a prototype home that would have a kitchen, a bathroom and a living/sleeping space. Snyder said he is in the process of launching a fundraising campaign on social media called “Friends Helping Friends: A Tiny Home Project.”

“I think we could start another community group like we did with the Oak Hill chapel that was such a great success,” Snyder said. “The community of Janesville came together to first help us save it and then restore it, and then a lot of the local contractors came forward, and suppliers. I think we could do the same thing with the problem in Janesville with the homeless.”

Snyder said some from the Oak Hill chapel’s friends group have indicated they would pitch in on a tiny homes project.

Snyder said he pitched the tiny homes idea to city officials in August, but the city didn’t give him much of a reaction.

Housing Services Director Kelly Bedessem said she is familiar with Snyder’s idea, but she said he isn’t the only one she has talked with about the idea of tiny homes for homeless people.

She said one area “not-for-profit service provider” has pitched a similar idea, though she declined to name the group.

In its plan, the group would move some of its clients into tiny homes to help them “establish stability,” ultimately making the homes a stepping stone to permanent housing.

“It’s an idea we’ve been kicking around for some time. Recently, I’ve had somebody that says we should maybe turn old rail cars into housing. We’re willing to explore anything. It depends on how it would fit into our community and whether it’s funded,” Bedessem said.

Bedessem said some in the city’s Community Development Authority, which oversees city housing rental programs, have shown support for a tiny homes program, but she also called the idea “very conceptual.”

Snyder said his plan likely would rely on placing a cluster of five to seven tiny homes on a vacant, city-owned lot, creating a mini-neighborhood.

Snyder said the tiny homes he has drawn up would cost about $7,000 to build, but they would be designed to link into city services. He pictures them looking like “modern” cabins, only smaller—10 feet by 20 feet with high windows.

Bedessem said a proposal for tiny homes as a homeless housing solution would face a slew of questions from city officials and the public. She said the homes would need to be centrally located near city bus stops and a grocery store because it’s likely the residents wouldn’t have their own transportation.

Bedessem said she thinks a case-management strategy for a tiny home village would be crucial. Local nonprofit groups that work with homeless people might be best suited to undertake that job, she said.

The homes would have to be built suitably for Wisconsin winter, which would mean electrical service and heating.

She said some residential neighborhoods might be resistant to the idea of tiny homes.

“We certainly don’t want to have folks super excited about a project if we can’t make it happen,” Bedessem said. “It’s some hoops to jump through. It would be a change. You may have some folks who wouldn’t want that in their backyard, some NIMBY stuff. There’s a lot of things to think about before we start swinging a hammer.”