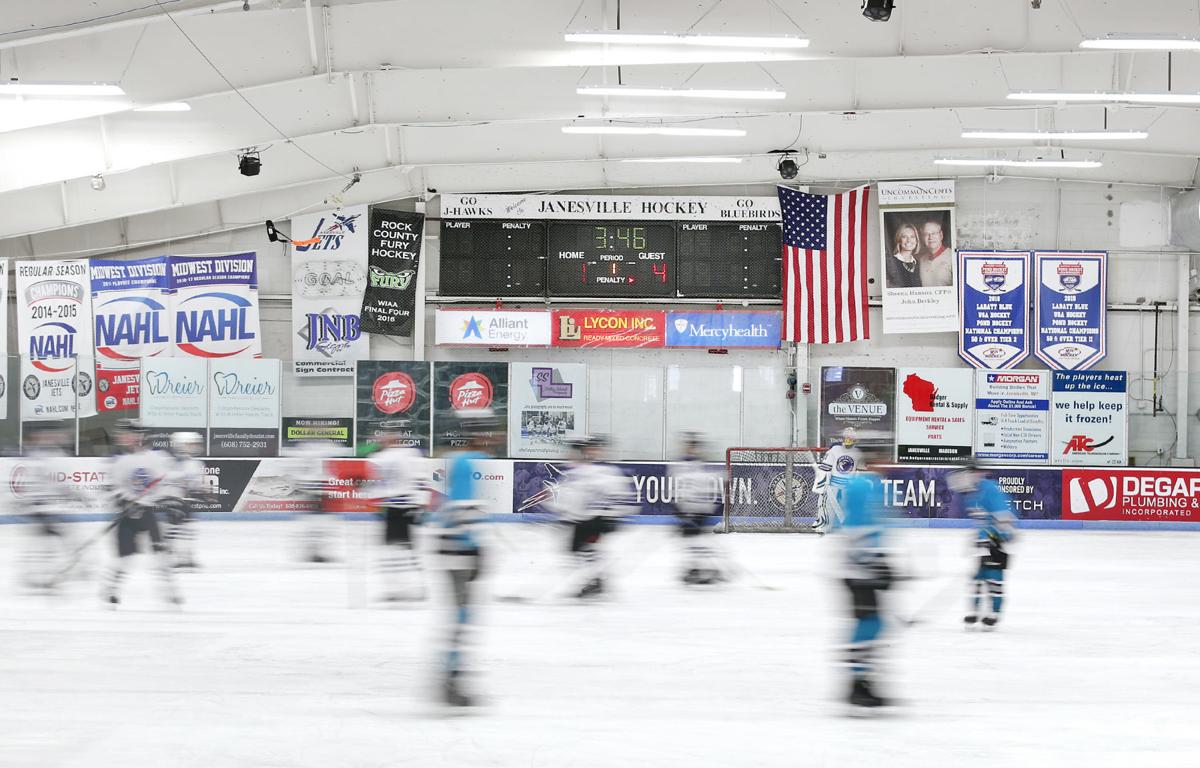 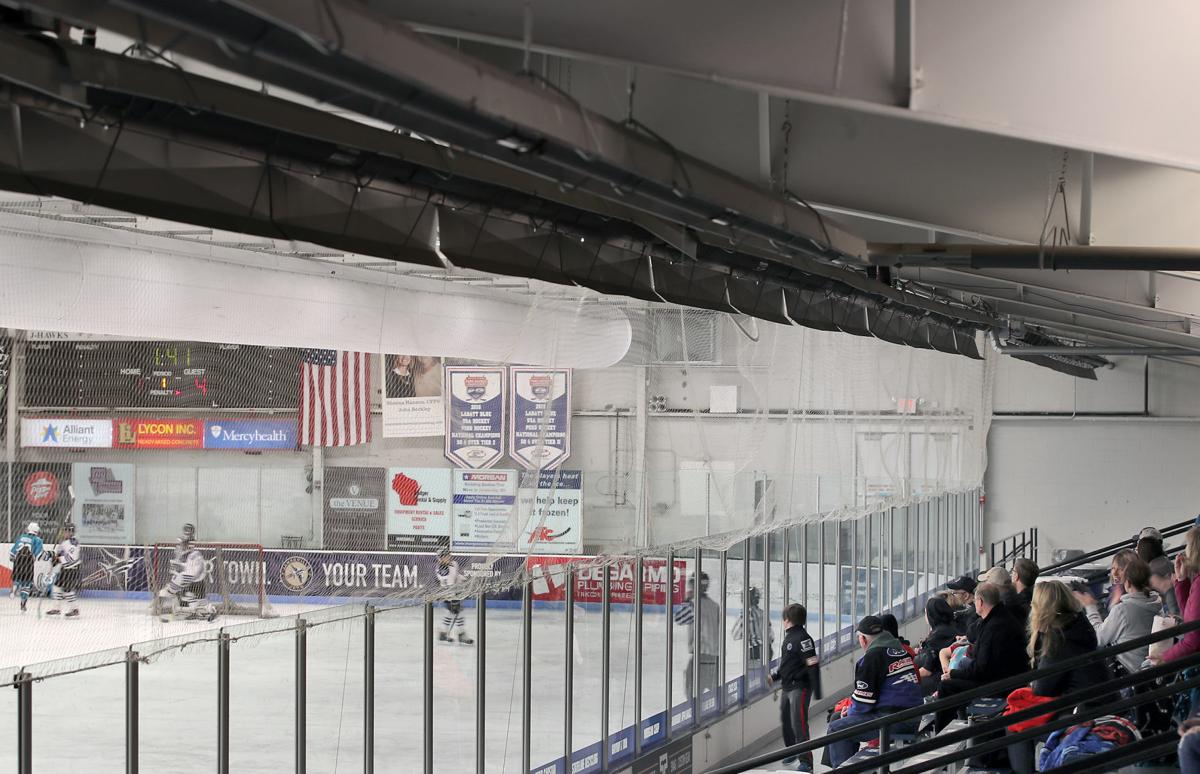 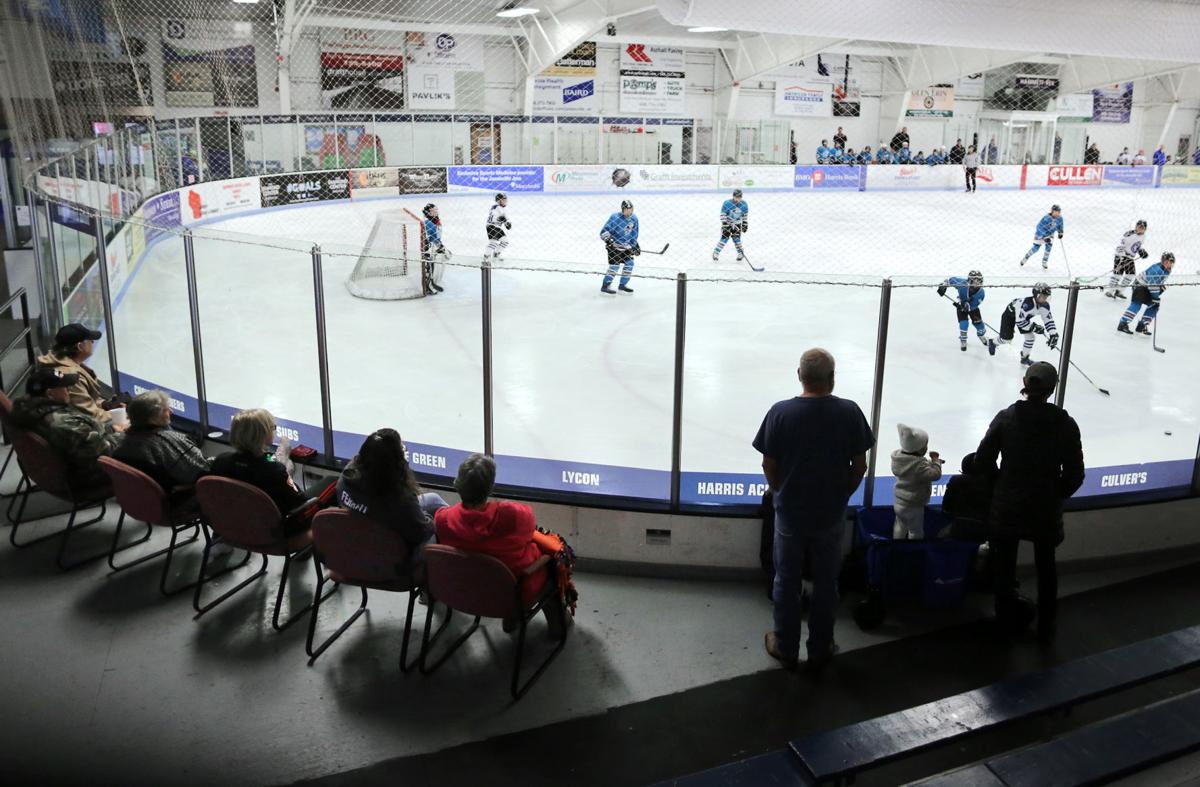 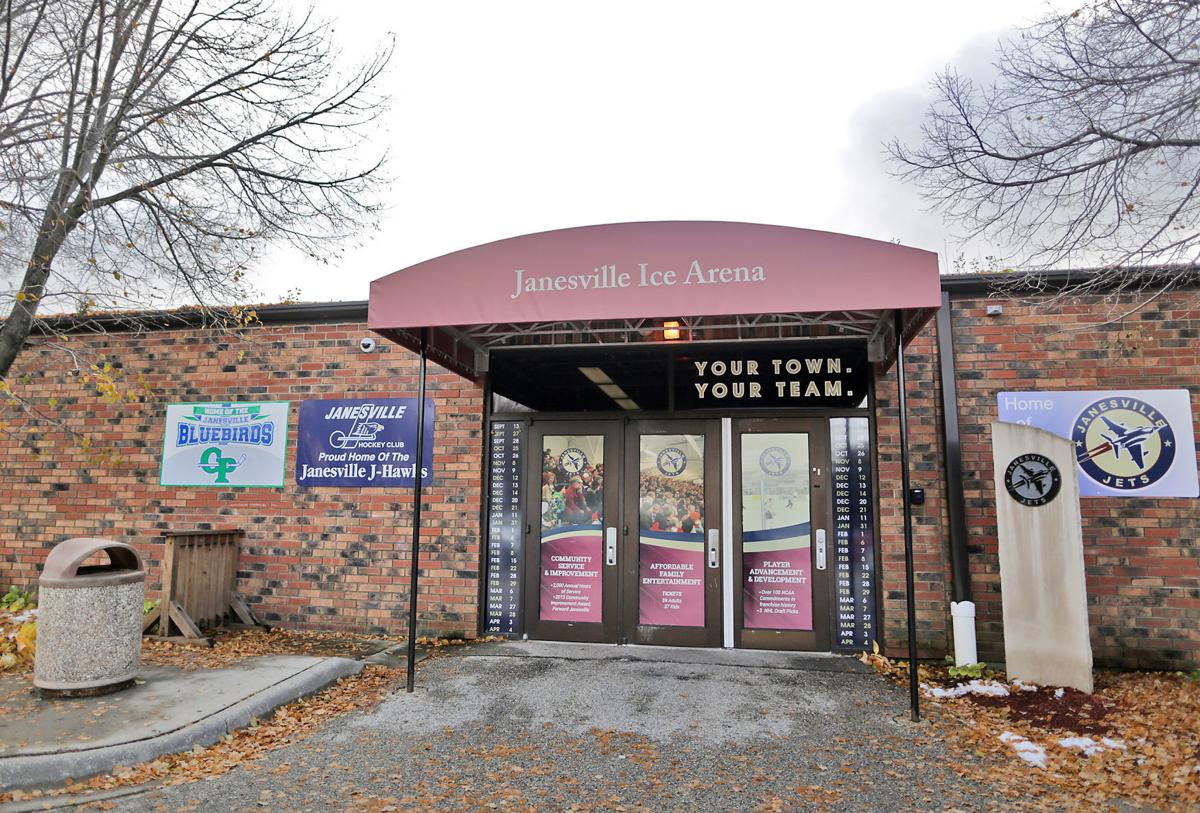 The entrance into the Janesville Ice Arena. 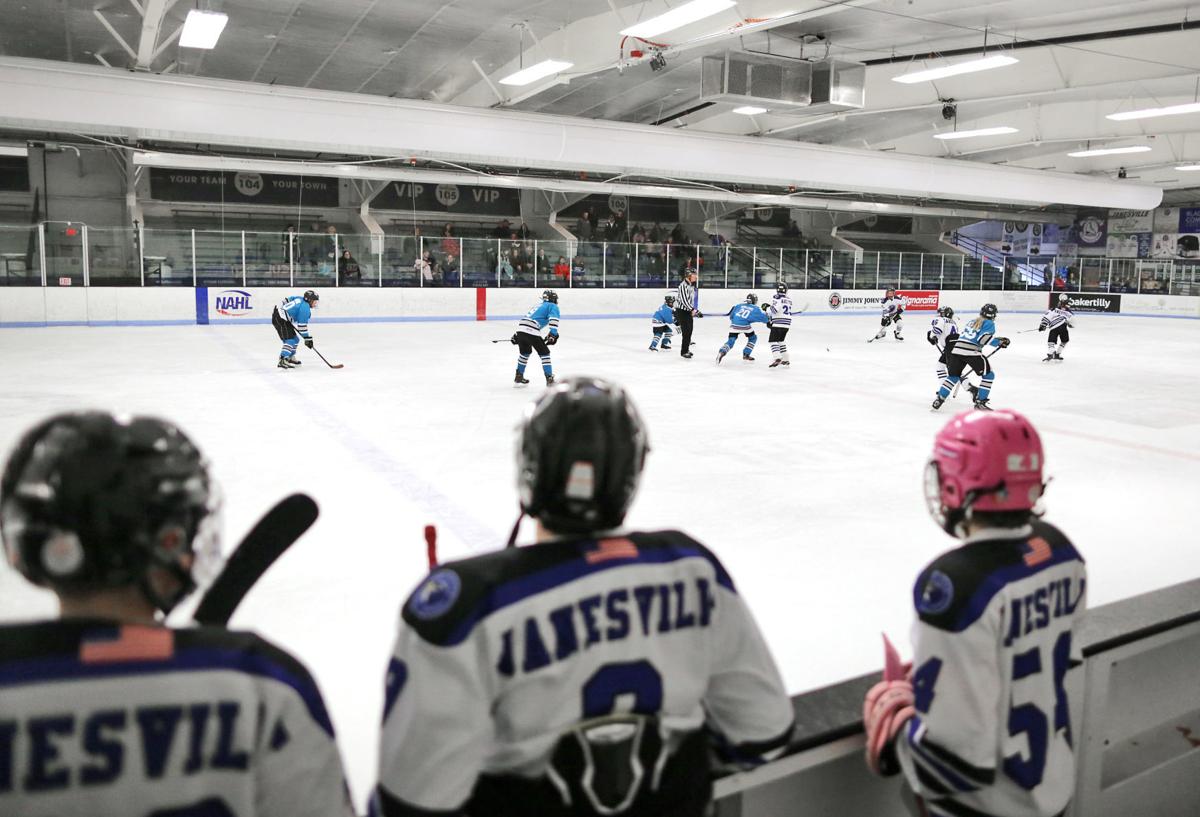 The entrance into the Janesville Ice Arena.

On Saturday at noon, about 35 kids scooted around the one-sheet Janesville Ice Arena, cutting paths around the ice rink on figure skates and hockey skates during the arena’s open public skate.

Janesville resident Amanda Knudsen watched from outside the glass as her own children circled the rink.

Knudsen considers herself and her family “very casual” users of the city’s ice arena. She said her children use the arena “maybe once a year” for open skate.

“We live on the other side of town, by Sam’s Club. It’s not that we go to the mall a lot. I haven’t gone there much, actually, since the Boston Store closed. But I think if they did an ice arena and sports complex at the mall, I’d be likely to take the kids skating there more often, and then I’d be at the mall more. It’s close to our house,” Knudsen said.

Access and the prospects for casual use of an ice rink for open public skates are just a few factors in a slew of business considerations that private backers and city officials would consider in whether to build a new ice arena—and whether to site it at the mall, a potential location a city ad-hoc committee and the city’s plan commission have deemed as preferable for a multi-sport indoor facility.

Others who are more avid users of the arena say they think the mall could be a good location for a sports complex.

Fontana resident Nick Bach coaches in a youth hockey league that rents ice time for games and practices at the current ice arena in Janesville. He said an indoor sports complex at the mall could be a “local showpiece” and a “sports mecca” for the region.

He said many youth hockey families around Rock, Walworth and southern Dane counties routinely use sports complexes as far flung as Wisconsin Dells and Milwaukee because the current Janesville arena is overbooked and undersized for the number of users it has.

He said a new, bigger facility at the mall would keep those families playing and practicing in Janesville and would draw major tournaments for multiple sports.

“There is so much money that a single (hockey) family dumps into this arena. And people don’t realize it’s families from all over the area, not just Janesville. It’s significant. A lot of people are committed to it. They just need more ice, more space, more options,” Bach said.

The Janesville mall’s owner, RockStep Capital, is lobbying for the city and private backers to commit to a sports complex at the mall.

RockStep is offering to give the city the vacant, former JC Penney space on the mall’s east side as the site for the complex.

The city and private users of the current arena, including officials from the Janesville Jets, a junior North American Hockey League team that’s used the arena since 2009, met last week to discuss costs of a new sports complex at the mall.

City officials at the meeting last week said it’s not feasible for the city to finance the bulk of the $33 million project. Officials from the Janesville Jets at the meeting seemed doubtful the private sector would bankroll even half the cost of a $30-million facility.

The mall’s owner, RockStep Capital, would undeniably benefit from a youth sports complex because it could boost foot traffic and would bring reuse to defunct retail areas of the mall.

RockStep Capital president Andy Weiner has said he’d like to convert vacant space at the mall’s former Boston Store to an indoor family entertainment center as a companion amenity to a youth sports complex project.

Otherwise, the mall’s owners have not publicly offered to invest in the cost of building the youth sports complex. It’s not clear how many local private backers might be interested in the mall as a location for the sports complex.

Knudsen likes the idea of finding alternate reuses of defunct retail space. But she said it’s hard to wrap her head around a $33 million price tag for a sports complex at the mall.

“That just strikes me as a lot of money,” Knudsen said

Some city officials, including City Manager Mark Freitag, suggest the mall’s west side, which faces the busy retail corridor of Milton Avenue, could be a prime location for the sports complex.

Bach said he would take a new ice arena anywhere the city and private backers might want to put it.

“You could put an arena and an indoor sports complex out on Farmer MacGregor’s field or wherever you think it will work best. Just give us more ice,” he said.

Proponents for building a new indoor sports complex have said the complex wouldn’t turn a profit for several years, although the Janesville Area Convention and Visitors Bureau has offered an annual subsidy from room tax proceeds that would start around $75,000 to $80,000 a year. That, the bureau said, would float the cost of operating the indoor sports complex at the mall.

For casual users like Knudsen who skate for recreation at the ice arena, it costs $6 per child and $7 per parent, with family passes for $25.

Bach said he considers the cost for hockey leagues to rent ice at the current arena “fairly reasonable.”

But he acknowledged that if managers of a bigger, more expensive facility had to increase fees for ice time for youth league practices and events, it might deter some families from getting involved in local youth hockey.

“I’ve heard of other clubs that charge triple or quadruple what it costs (for ice time) here at this arena. You can scare people off. It can make it financially harder for some families. That’s something you’d really have to look at,” Bach said.