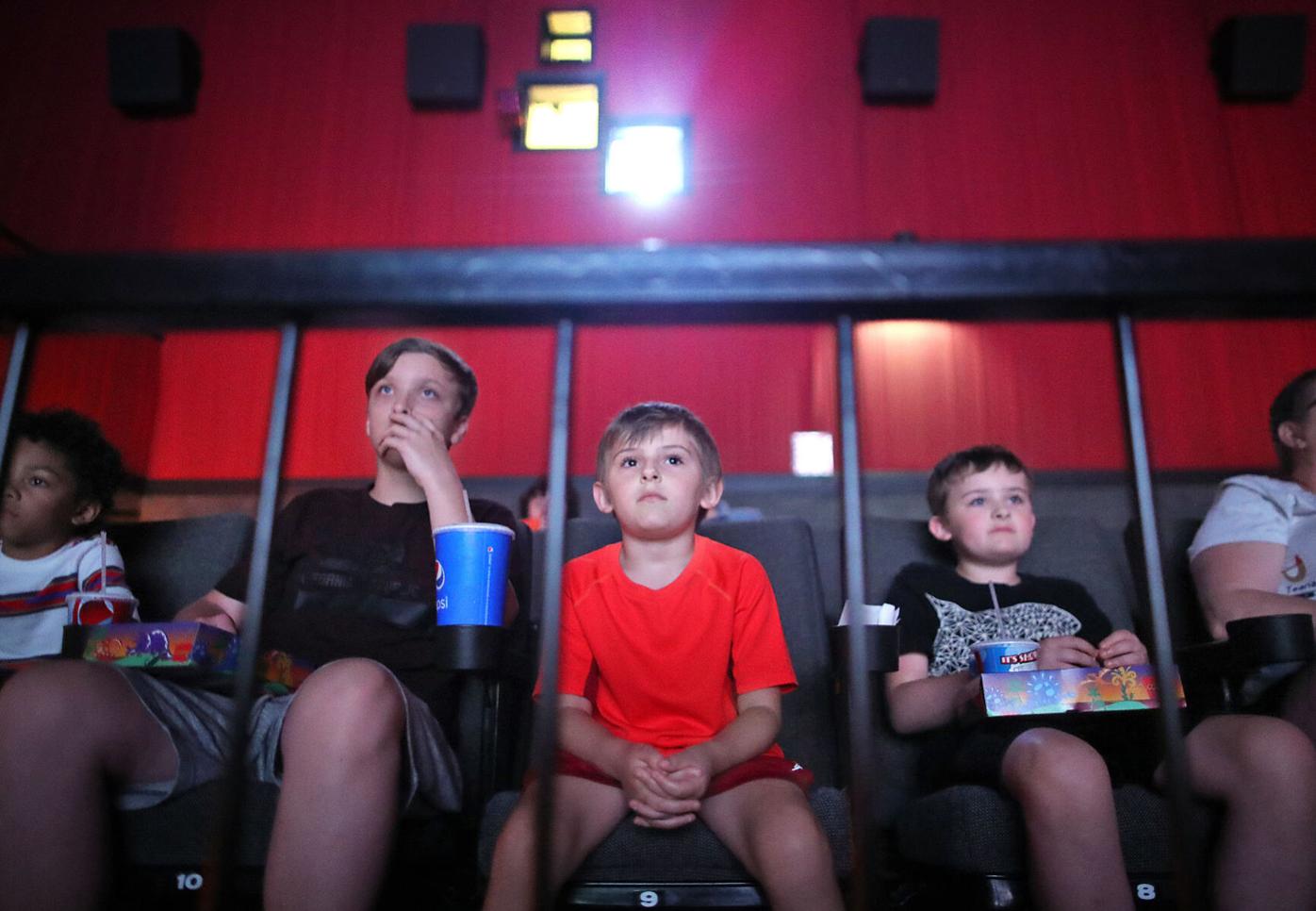 (From left): Ezekiel Bennett, Thomas Fowler, Shawn Bennett and Keegan Kolton watch the movie ‘Despicable Me’ with their grandmother at Janesville’s Movies 16. The theater is one of just a few in the region to reopen, and it’s done so by screening free classic films and making money through drinks and snacks. 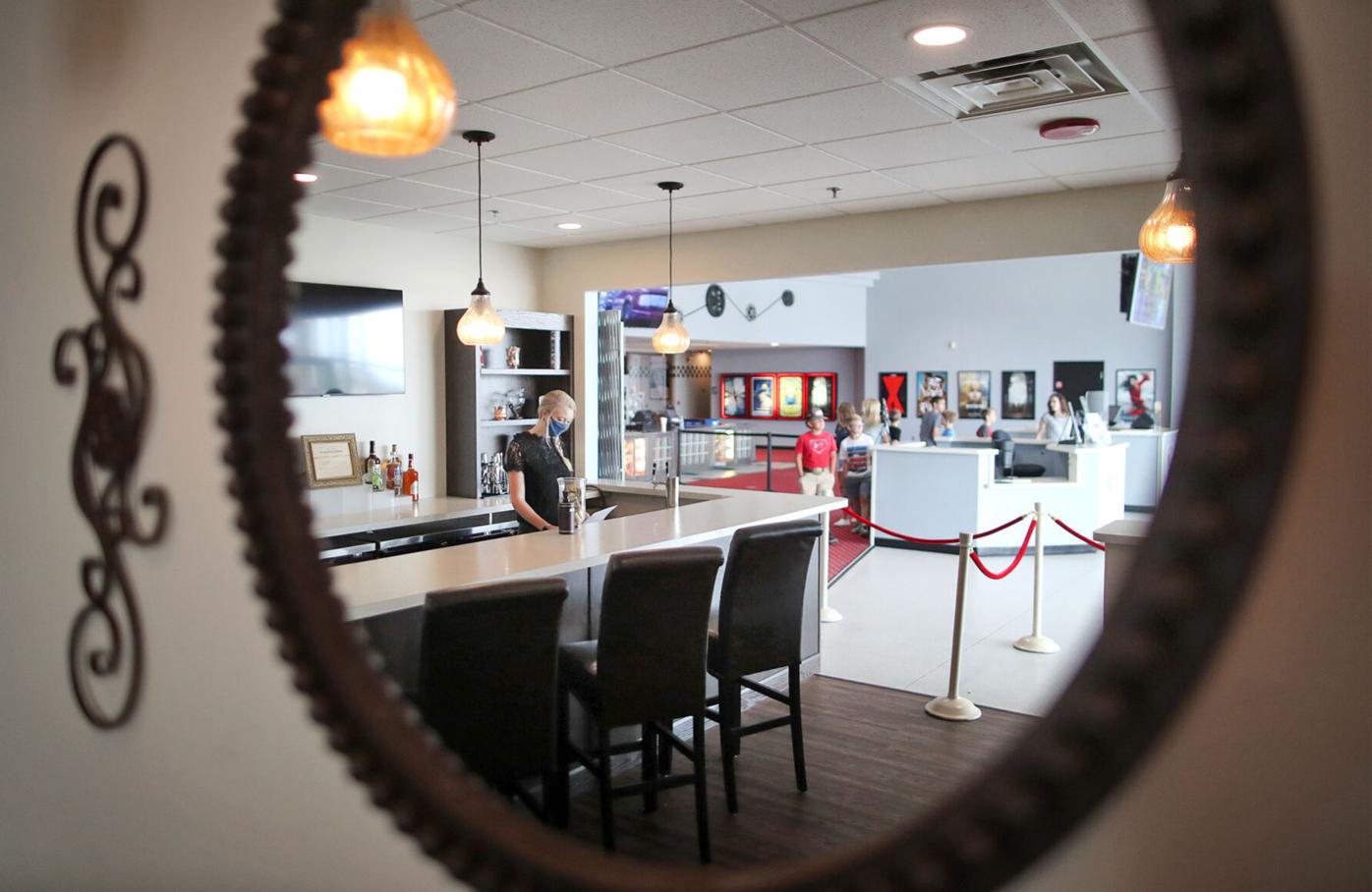 A Movies 16 employee stands behind the bar in the Janesville theater’s new cocktail lounge. Movies 16 is currently showing free classic films and trying to make money on drinks and snacks. 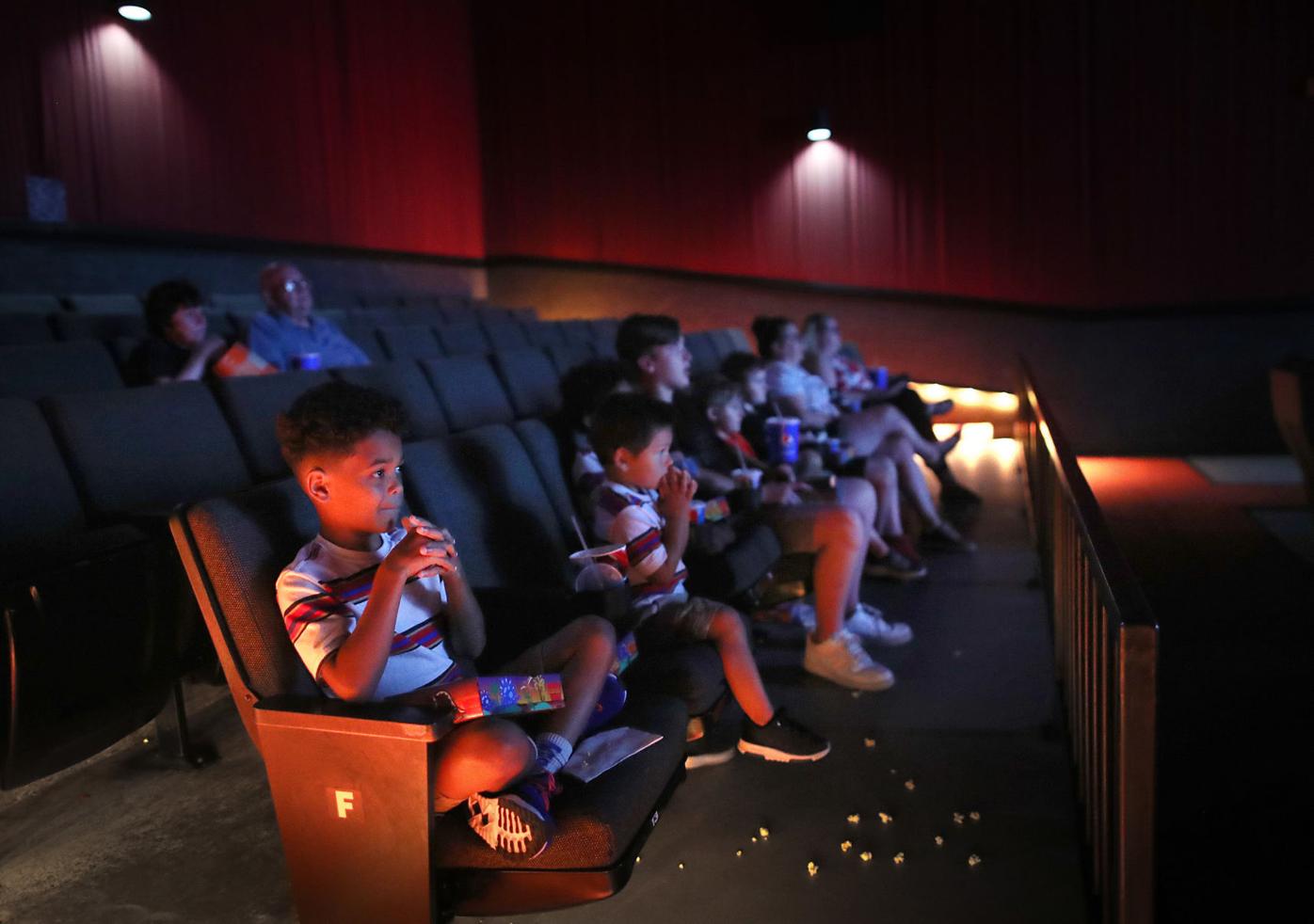 Zekhi Fowler sits with cousins as they watch ‘Despicable Me’ at Movies 16 in Janesville on Wednesday. 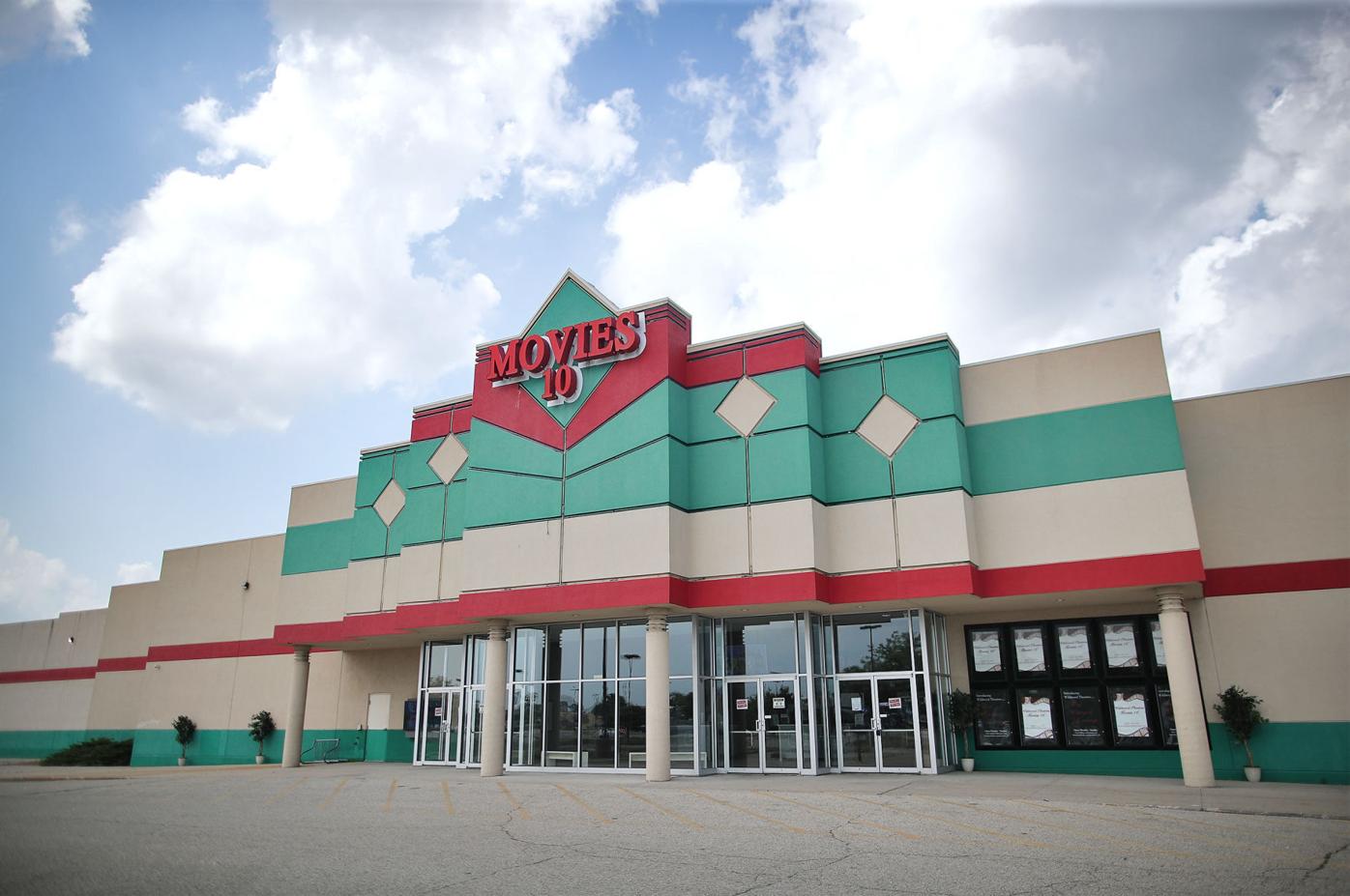 Movies 16 in Janesville is offering free screenings of classic films as it waits for delayed summer blockbusters to be released. The theater recently underwent a deep cleaning and renovations and now has revamped seating and a new cocktail lounge. 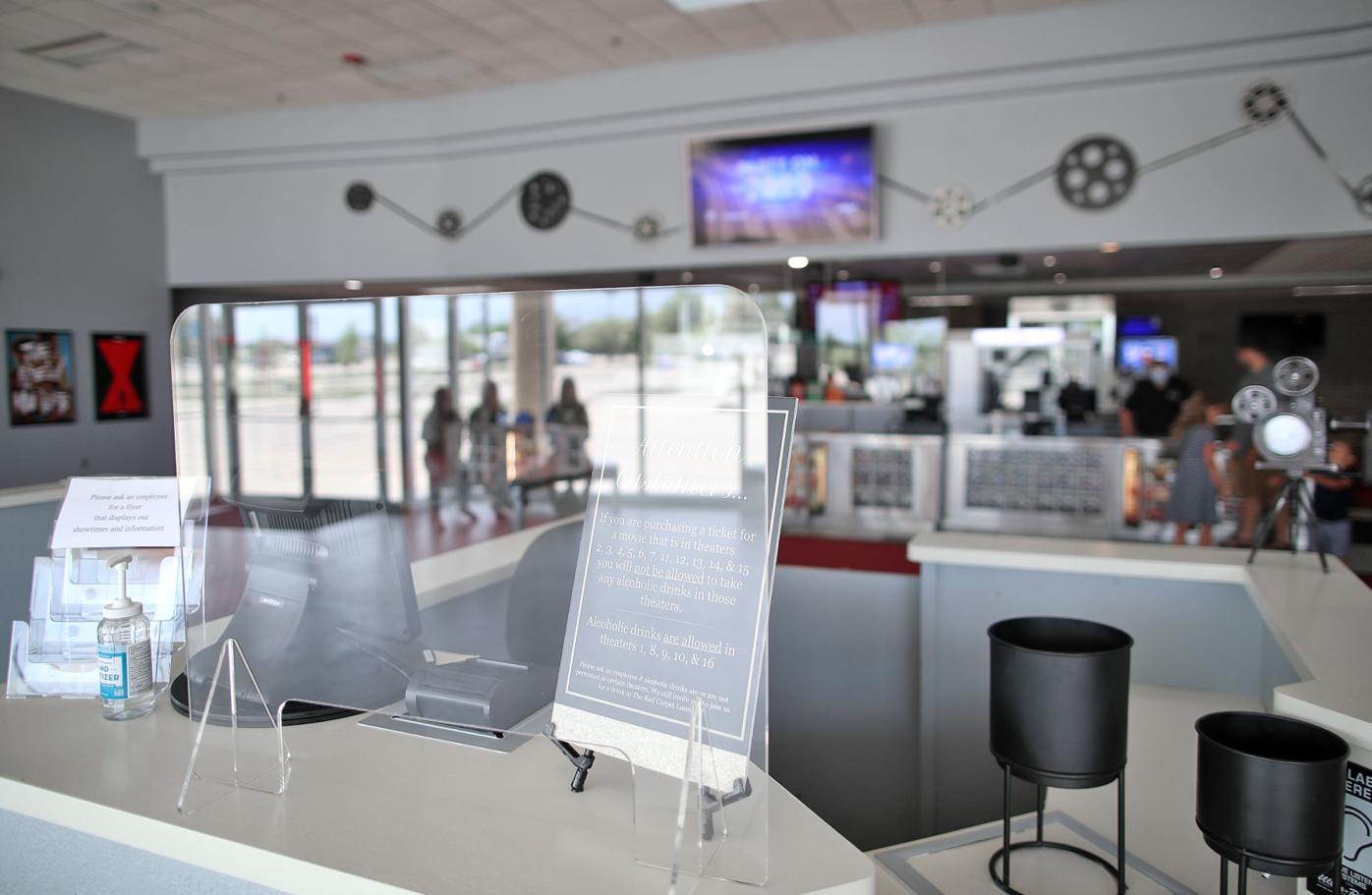 During a three-month COVID-19 hiatus, independent theater owner Wildwood launched a flurry of deep-cleaning procedures, seating revamps and construction of a new cocktail lounge at Movies 16 in Janesville. The theater also has see-through barriers separating ticket-takers from moviegoers. 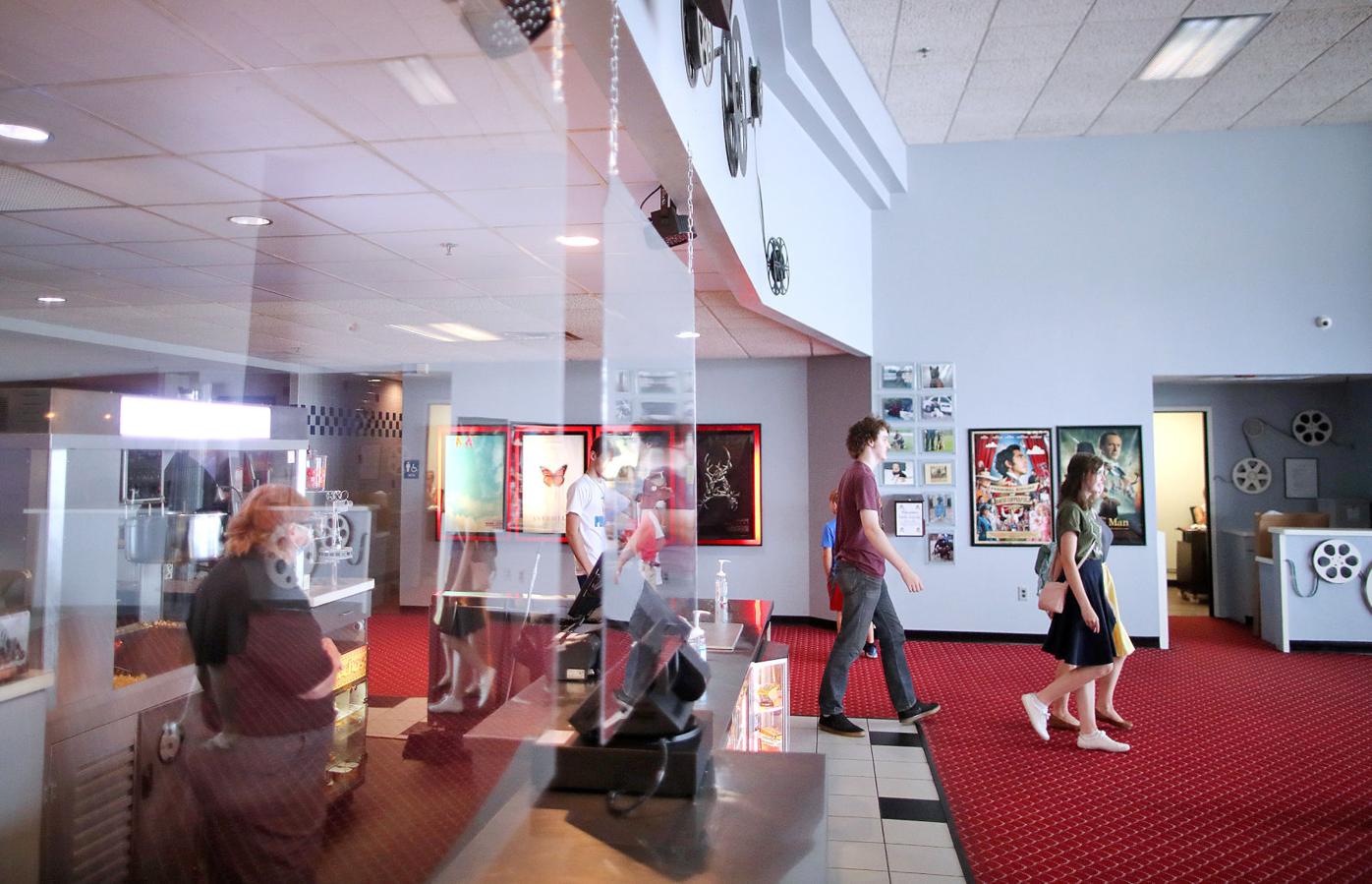 Moviegoers exit Movies 16 in Janesville, which was closed for three months for a deep cleaning and renovations.

Zekhi Fowler sits with cousins as they watch ‘Despicable Me’ at Movies 16 in Janesville on Wednesday.

During a three-month COVID-19 hiatus, independent theater owner Wildwood launched a flurry of deep-cleaning procedures, seating revamps and construction of a new cocktail lounge at Movies 16 in Janesville. The theater also has see-through barriers separating ticket-takers from moviegoers.

Janesville resident Nick Moore watched in wonder as a bartender prepared to pour him a Long Island iced tea in the lobby of Wildwood Theatres’ Movies 16.

Moore, 23, was about to take in a big-screen showing of “Jurassic Park,” a 27-year-old blockbuster that in the summer of 1993 had netted more than $900 million at the box office.

This is not the summer of 1993. And on a Tuesday night, the sci-fi dinosaur attack film—released four years before Moore was born—was being shown free to a noticeably thin crowd in one of six active theater rooms at Movies 16.

Along with any snacks he might have bought at the concessions counter, Moore’s $10 cocktail, served in the brand-new Red Carpet Lounge, represented the theater’s lone revenue stream right now: drinks and snacks.

Movies 16 is one of just a few theaters in the region to reopen, and it’s done so by screening free films.

General Manager Sarah Lehr said crowds have been disappointingly thin since Movies 16’s reopening over the Fourth of July weekend.

“It was a rough weekend open,” she said. “We’ve not seen the attendance that we wanted. It’s down, down to the point you can’t even compare it to other summers when you might have seen attendance down. We’re just in a totally different environment than anything anybody’s ever seen.”

The coronavirus pandemic has continued to dampen consumers’ entertainment spending outside the home, both locally and nationwide. In addition, a resurgence of COVID-19 cases around the country has slowed many communities’ efforts to reopen, particularly in Arizona, California, Texas and Florida.

The uncertainty has prompted film studios to delay the release of major films slated for this summer. That has made theater chains such as AMC Theaters, which closed early in the pandemic, pull back on plans to reopen.

At Movies 16, Moore could pick practically any seat to see “Jurassic Park.” He was one of just a half-dozen patrons who took in the free film on a Tuesday night—well below the 50% occupancy limit the theater has imposed under its reopening plan.

During the three months Movies 16 was closed this spring, independent theater owner Wildwood launched a flurry of deep-cleaning procedures, seating revamps and the construction of a cocktail lounge.

Lehr said the theater reopened now, in part, to begin drawing revenue to cover the cost of the renovations and new lounge, where patrons can order beer, wine and mixed drinks to take with them into some of the auditoriums.

The lounge has been in the works for a year as the theater sought ways to update its operations and image and cultivate new clientele at a time when streaming services have undercut the industry.

Free classic movies, which the theater has the rights to run for one week, serve to keep Movies 16 afloat while it’s still unclear when new movies might be released.

By this weekend, the half-dozen classic movies currently playing will be replaced by others, including the granddaddy of all summer blockbusters, the 1975 film “Jaws.”

Lehr said that by next week, the theater will add an “up-charge”—likely $4—for the classic films.

Some films have drawn a younger crowd for evening showings, Lehr said, a trend that follows what local taverns have seen as they’ve reopened during the pandemic. But it defies a notion in the film industry that younger generations eschew theaters in favor of at-home streaming services.

“It’s fun to go to a theater and watch movies my parents checked out,” said Moore, the 23-year-old moviegoer. “The chance to see these movies on the big screen, especially for free, it’s great. I can say I saw ‘The Goonies’ in the theater like my parents did. That’s really cool.

“After months, I’m just excited to get out of the house, to get out and do something and see something.”

Lehr said her theater had been set to reopen in mid-June, partly because residents had been asking for it.

“There are no summer sports, no summer festivals, no summer events. We’re trying to provide something for families that don’t have much at all to do,” she said.

Reopening during the pandemic came with additional labor costs for cleaning and running the cocktail lounge, Lehr said. The theater also has a few other restrictions that would feel unwieldy if not for a sense of necessity. For instance, there is no self-service on popcorn and drink fills. Concessions workers handle all filling of food orders.

Those measures are an attempt to show that the theater is trying to keep moviegoers as safe as possible, Lehr said.

The theater also has suspended free popcorn and drink refills. Lehr said the move is to limit hand-to-hand contact between customers and staff as a public health measure during the pandemic.

Lehr said she “has faith” that movie theaters will begin to see crowds.

Film industry insiders believe the major studios are poised this month to unveil when they plan to release dozens of films that have been held back.

Lehr said word from the studios would help a lot.

“I don’t think anybody can survive showing nothing but old movies for another three or four months, but I’m hopeful. I’m crossing my fingers,” she said. “The only thing I really don’t want to hear from the studios is, ‘We’re not putting anything out until Christmas.’”

One film delayed until late fall is the latest installment in the James Bond series.

Movies 16 employee Seve Salinas said the film’s title has been a running joke among the staff because of its ironic double meaning in the COVID-19 era.

“The original poster just read in big letters: ‘No Time to Die,’” Salinas said. “I mean, I’m sure they named it ‘No Time to Die’ before all this happened. But still …”

This story was modified from an earlier version which inaccurately stated Movies 16's current policy on snack and drink refills. The theater has temporarily shuttered its customer self-serve kiosks and at this time is no longer offering free refills of popcorn and drinks.

After a few weeks of trying second-run films and social distancing, Wildwood Theatres Movies 16 in Janesville has closed again, this time indefinitely.