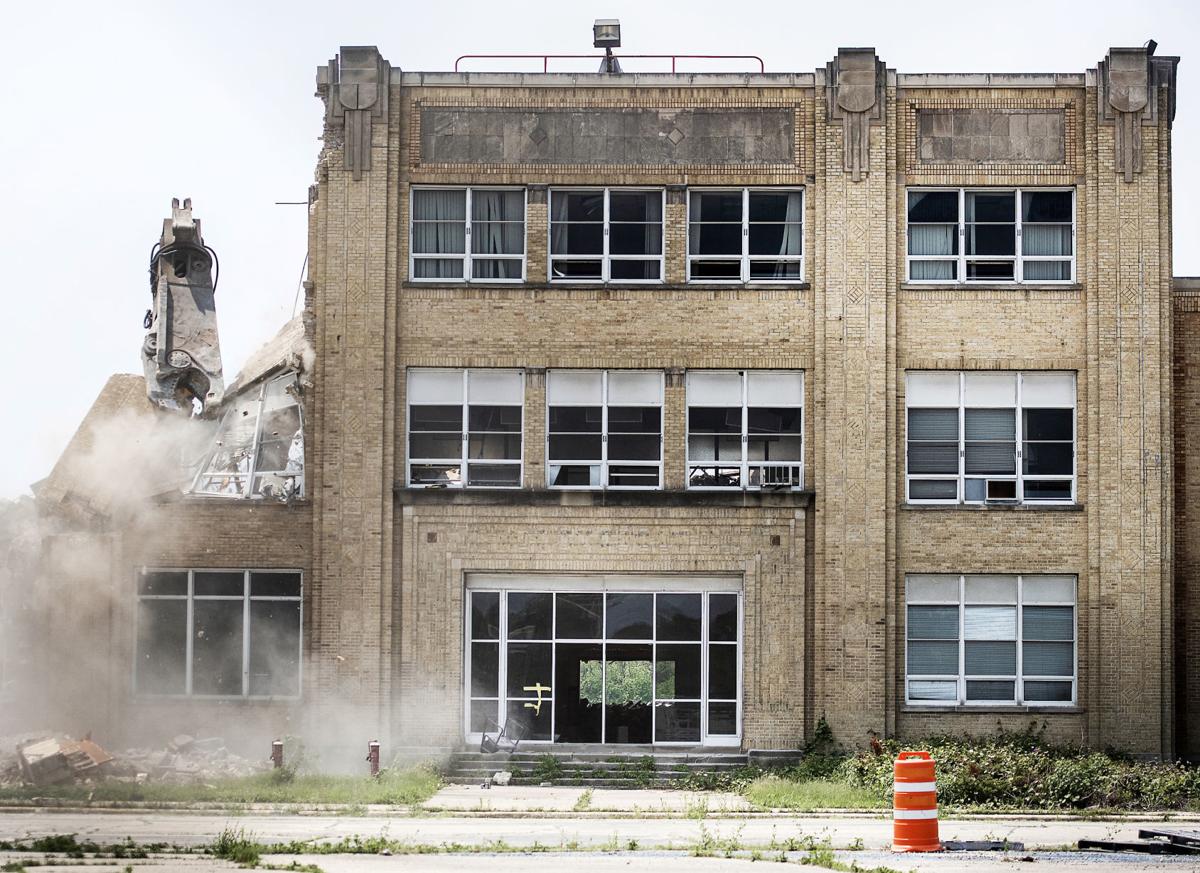 An excavator knocks down a wall at the former GM plant Friday, May 31, 2019, in Janesville. 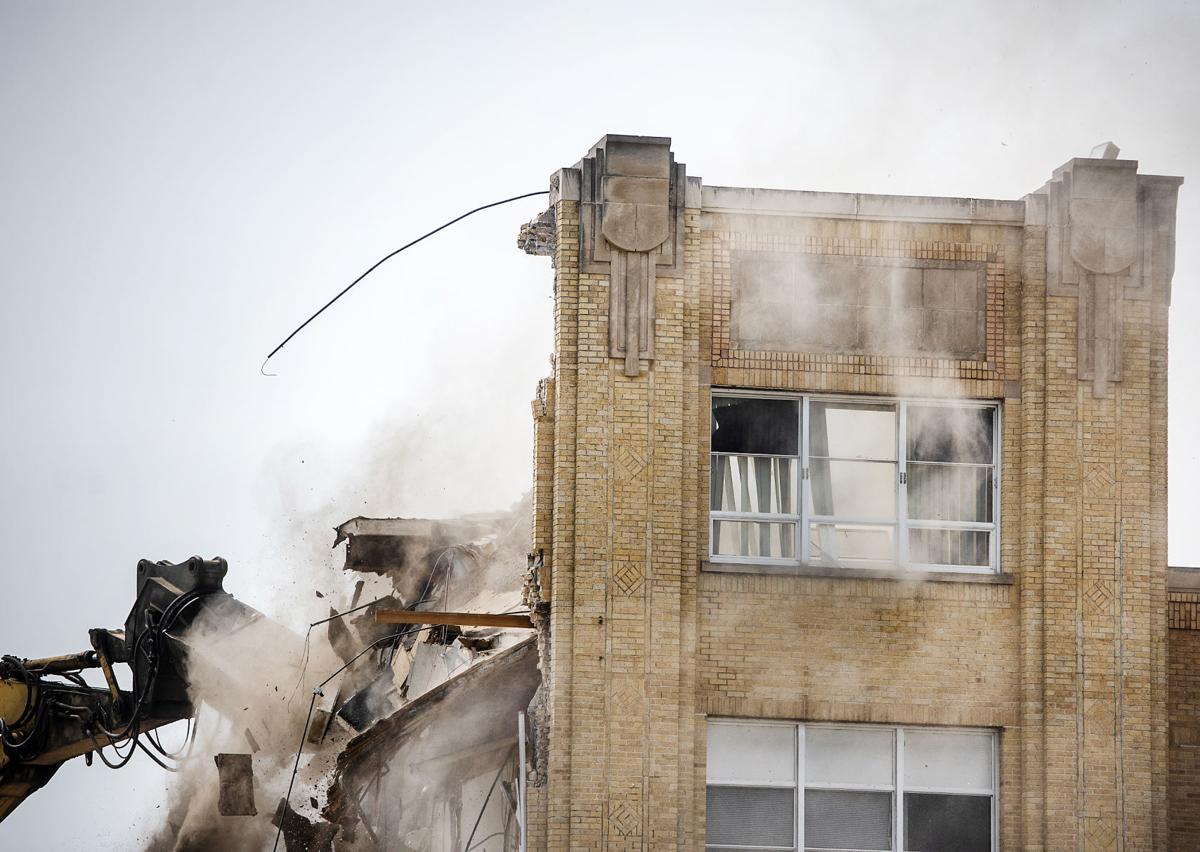 An excavator digs into the front wall of the former GM plant Friday, May 31, 2019, in Janesville. 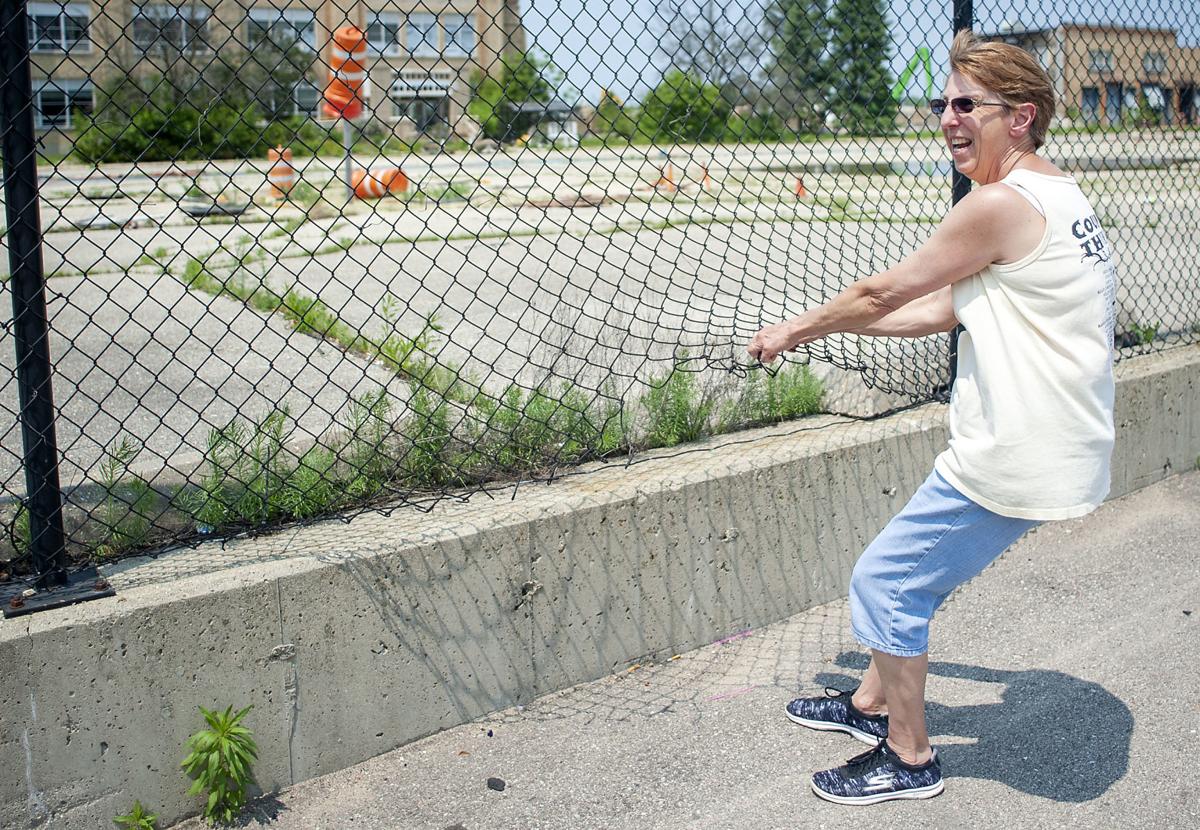 Former GM worker Millie Swan demonstrates to the Gazette how she and her work friends would sneak through a loose part of the fence to get to the Zoxx 411 bar. 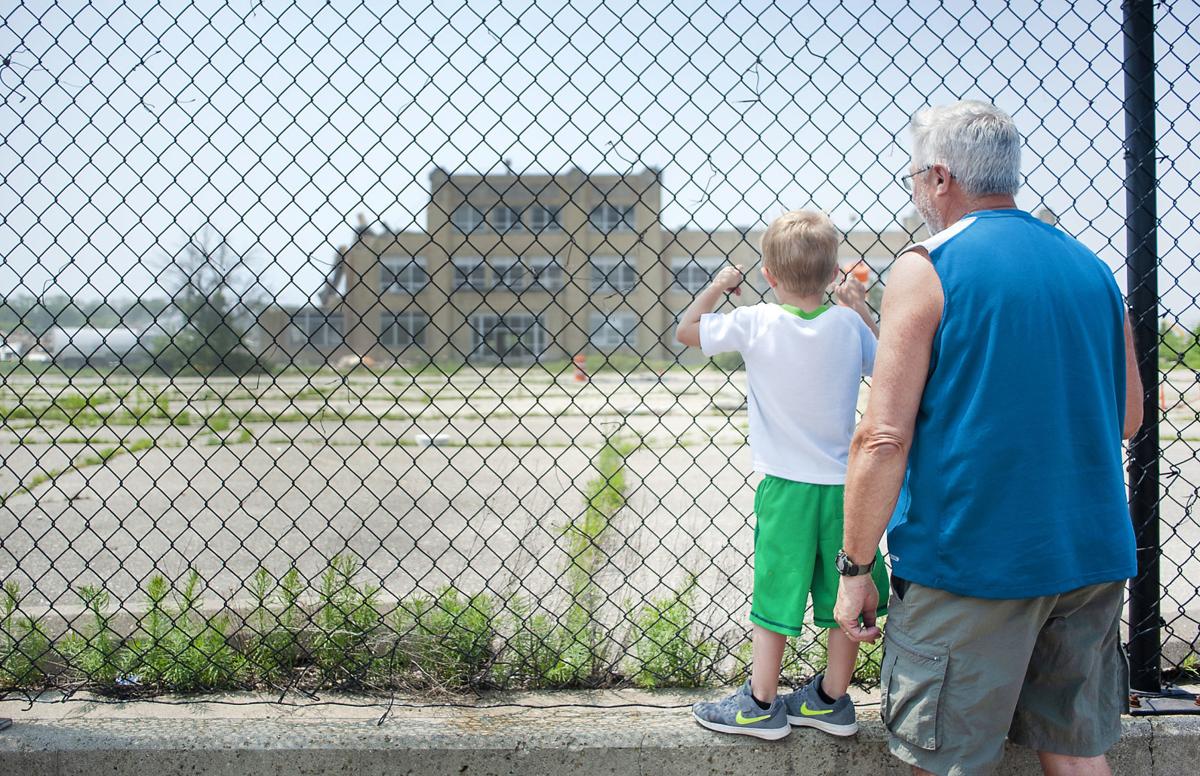 Jayvin Timm, 5, stands with his grandfather Dean Timm as they watch the former GM plant demolition Friday, May 31, 2019, in Janesville. Dean is a former GM worker and many other members of their family are as well. 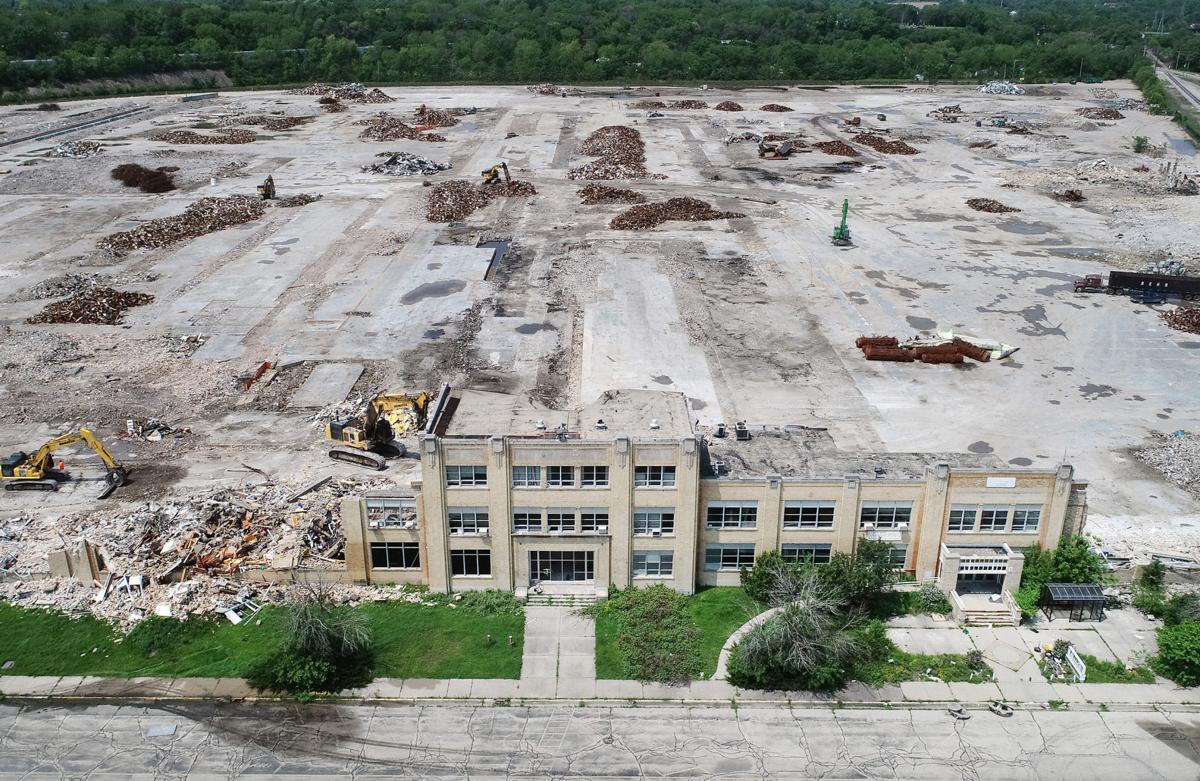 Crews demolish the façade of Janesville's former General Motors assembly plant Friday. The wall was one of the last structures still standing on the site.

The Jackson Street façade of the former General Motors plant, one of the last structures still standing on the enormous brownfield site, was demolished Friday.

An excavator worked from the brick wall’s southern end, inching toward the three-story main entrance in the center.

That entrance had seen thousands of GM employees come and go until the last SUV rolled off the plant’s assembly line on Dec. 23, 2008. GM eventually sold the 300-acre property to Commercial Development Company in 2017.

The unannounced façade demolition drew a handful of folks eager to capture photos. Some flew drones, while others took cellphone shots through the cyclone fence.

One man stood on the fence’s concrete base and extended his camera over the top to get an unimpeded shot of the scene.

Andrew Sigwell, owner of Zoxx 411 Club adjacent to the old plant, said demolition started at about 7 a.m. By 11:30 a.m., crews had razed about half of the long, brick wall.

Sigwell flew his drone over the site Friday, continuing his project of documenting redevelopment progress.

Brandon Swan got a text message Friday morning from his mom, a former GM worker, asking him to go get photos of the site. He had previously taken some photos from the neighboring VFW post using a camera, but he decided to use his new drone Friday.

Swan called it “irritating” and “depressing” to watch the former automotive plant slowly turn to dust over the past several months. His parents and grandparents all worked there, he said.

He wishes current property owner Commercial Development Company would have found a way to preserve the smokestack, which was knocked down in late April.

“The stack was the most iconic thing we had,” Swan said. “Everyone knew the stack.”

Bill Kutz, who spent nearly 40 years as an assembly line worker and skilled tradesman at the plant, was less nostalgic. He has occasionally driven past to monitor progress since demolition started last year, he said.

When asked if he was emotional watching the façade come down, Kutz paused and shrugged. The plant had a good run, he said, and he was lucky enough to retire before GM closed.

Those whose careers were disrupted might have stronger feelings, he said. But Kutz still felt enough of a pull to stop for a few minutes Friday morning and grab photos.

Swan lamented that his daughters, ages 9 and 7, know little about GM other than it’s where their grandparents used to work.

Shortly after Swan left, his mom, Millie Swan, came by to see the deconstruction herself. Millie noticed the work Friday as she drove past GM to check on her dad, who lives nearby.

That’s when she texted Brandon, knowing he would be able to arrive sooner, she said.

Millie said she did many jobs around the plant during her 12 years there. She initially filled in for other employees who were on leave until she was hired to a permanent position.

On some of her trips to care for her dad, she has almost started crying while passing the former plant. She said she wishes GM could have found a way to reopen.

“It’s got a lot of memories for me. My grandfather, my father, my mother, my husband and me, we’ve got a total of almost 100 years down there,” she said. “Aunts, uncles and cousins. It’s just a big family thing.

“It was my whole life growing up.”

The GM façade comes down