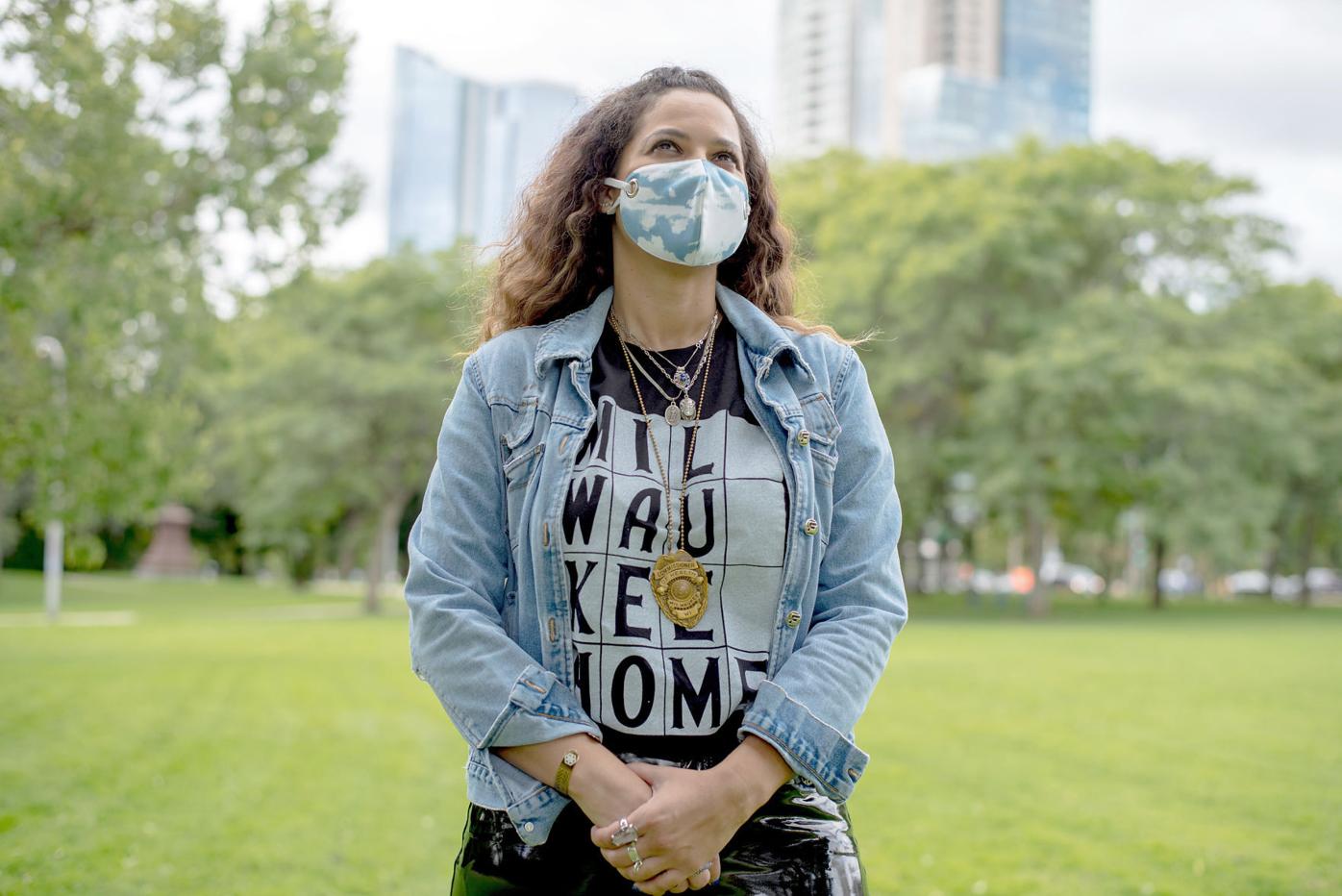 Jeanette Kowalik was the health commissioner for the city of Milwaukee until September 2020 when she resigned, citing racism and sexism on the job and the exhaustion of fighting misinformation about COVID-19. 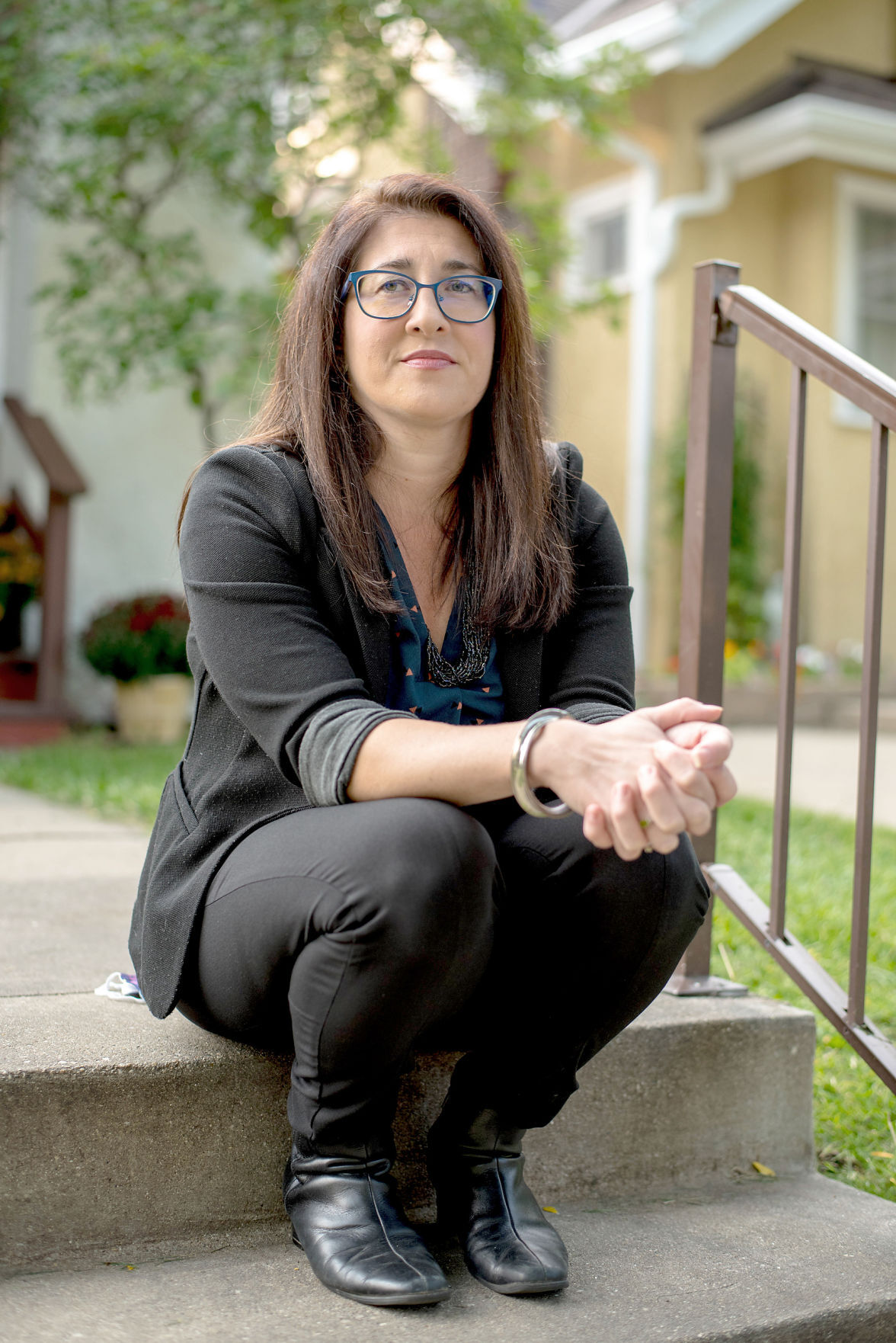 Amanda Simanek is a professor of epidemiology at UW-Milwaukee and a contributor to Dear Pandemic, a group of female academics who work to disseminate factual information about the pandemic. Battling misinformation is “a key component of our pandemic response,” Simanek said. 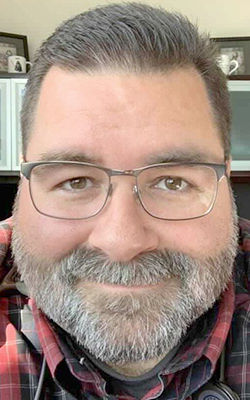 Jeanette Kowalik was the health commissioner for the city of Milwaukee until September 2020 when she resigned, citing racism and sexism on the job and the exhaustion of fighting misinformation about COVID-19.

Amanda Simanek is a professor of epidemiology at UW-Milwaukee and a contributor to Dear Pandemic, a group of female academics who work to disseminate factual information about the pandemic. Battling misinformation is “a key component of our pandemic response,” Simanek said.

But the family physician in West Bend stopped the tutorials after a few weeks as the pandemic became increasingly political.

The medical world has since expanded its understanding of COVID-19, the disease caused by the virus. Multiple vaccine candidates have reached late-stage trials, and epidemiologists have mapped how the virus spreads. Those advances draw on data about COVID-19—flowing daily from medical and public health researchers in Wisconsin and worldwide.

But some of Tamez’s patients remain deeply skeptical about the severity of disease, he said, even as the coronavirus infects and kills growing numbers of Wisconsinites, overwhelming hospitals.

“I know people who think masking is foolish and think that the numbers are inflated or falsified, or that this is all just going to disappear after the election,” Tamez said.

Fueling those feelings: viral misinformation permeating American life in 2020, as growing swaths of a polarized populace take their cues from social media.

Wisconsinites have grown weary of the pandemic, relaxing behaviors and ignoring public health guidance to slow the spread of COVID-19. The result is a public health nightmare: Officials must simultaneously defeat a pandemic and a parallel “infodemic” of false and misleading claims that downplay the severity of the disease.

These conspiracy theories are complicating efforts by health officials to encourage mask wearing, distancing and other actions to quell the pandemic. As their exhaustion grows, so does the pandemic’s grip on Wisconsin.

In an August report about COVID-19 deaths in the United States, the Centers for Disease Control and Prevention confirmed a now commonly understood fact: People who already face serious health challenges are more likely to die from the disease.

“For 6% of (COVID-19) deaths, COVID-19 was the only cause mentioned,” the CDC noted in an analysis of more than 150,000 death certificates. “For deaths with conditions or causes in addition to COVID-19, on average, there were 2.6 additional conditions or causes per death.”

That assessment of COVID-19’s toll on Americans with pre-existing conditions initiated a frenzy of conspiratorial indignation.

A booster of the QAnon conspiracy theory—a right-wing movement with anti-Semitic roots whose adherents falsely believe Satan-worshiping pedophiles run the world—seized on the CDC report. A tweet quoted a Facebook post inaccurately claiming that the CDC had “quietly updated the Covid number to admit that only 6% of all the 153,504 deaths recorded actually died from Covid.”

Similar false claims washed over social media. President Donald Trump retweeted the falsehood before Twitter removed the tweet and other platforms alerted users to the misinformation.

But nothing could undo the damage.

“I can’t tell you how many times I saw that one reposted on Facebook,” Tamez said.

The nature of the pandemic makes it fertile ground for conspiracy theories, which thrive on anxiety and other negative emotions.

“Misinformation about COVID (is) almost a perfect carrier for the kind of viral fear and anger that then spreads through social media networks,” said Lewis Friedland, a professor of journalism and mass communication at UW-Madison.

As newspapers struggle, people are increasingly turning to social media to try to understand the world, Friedland said.

When millions of Americans stayed close to their screens during stay-at-home orders in the spring, nearly half of social media users who responded to a Gallup survey reported that coronavirus content accounted for “almost all” or “most” of what they saw in their feeds.

Polling suggests most Wisconsinites have favored Gov. Tony Evers’ efforts to slow the virus through public health restrictions, although that majority has shrunk as the pandemic drags on.

Some of the aggrieved congregated online, where Facebook groups such as Open Wisconsin Now and Wisconsinites Against Excessive Quarantine turned into forums for conservative and libertarian ideologies, distrust of authority and anti-science sentiment.

An Aug. 25 post in Wisconsinites Against Excessive Quarantine, a 120,000-member private group created by a family of gun-rights activists, offered a version of the conspiracy theory.

Those disinclined to believe the virus is deadly could easily digest the simple statement “for 6% of the deaths, Covid-19 was the only cause mentioned,” because it lacked proper context. And it struck an emotional chord with group members determined to find evidence of a government plot to overstate the dangers of the disease.

The MacIver Institute, a conservative think tank based in Madison, published an anonymously authored article in late September accusing the Wisconsin Department of Health Services of using “bad math” in calculating daily figures on positive COVID-19 tests—a key set of statistics that gauge the severity of outbreaks.

The CDC uses the first method, citing the limited data it receives from some states.

From the beginning of the pandemic, Wisconsin’s DHS has chosen a different method: dividing the number of people with positive results by all people tested from the beginning of the pandemic. In doing so, the agency has included only individuals’ initial negative test results in its calculations. As more repeat testing occurs, incrementally more daily negative test results are left out of the state’s positivity-by-people calculations.

MacIver, which has a history of misrepresenting data to downplay the severity of the pandemic, falsely described the state’s methodology as a “systematic error” and accused the agency of “tossing hundreds of thousands of negative test results” by calculating the metric in this different—but accepted—way.

“Nobody is being a renegade and doing something that’s not CDC protocol,” he said.

Still, Sethi added there is some merit to MacIver’s contention that excluding individuals’ repeated negative results from positivity calculations could eventually affect the trend.

Sethi called the DHS method for calculating positivity—people over people—“the best way to do it … because the disease affects people.”

This method helps epidemiologists understand how the disease is spreading in a population, Sethi said. Measuring positivity by tests—the CDC’s method and what MacIver advocates—is less helpful for understanding that question, he added, especially when many people are receiving multiple tests.

Still, any one of the CDC’s outlined tracking methods has merit, said Sethi, so long as it’s consistent—to allow for tracking trends over time.

At the end of September, MacIver took credit for the DHS move to also start tracking COVID-19 positivity by tests alongside its original method. Bill Osmulski, a long-time Wisconsin conservative political writer, told WisContext he authored the MacIver articles and was “very pleased” the state added the metric.

Sethi reiterated that test-positivity, no matter how it’s calculated, cannot solely signal the severity of the pandemic.

And in Sheboygan County, officials in September shelved a proposal to use local COVID-19 data to inform new county health orders. It also would have boosted the local health officer’s enforcement power. Facebook groups trafficking in misinformation fomented a backlash that led the county board to pull the proposal.

Public health officials in Wisconsin are facing increasing challenges against the whirlwind of coronavirus misinformation and animosity.

Jeanette Kowalik, who resigned as health commissioner for the city of Milwaukee in September, said misinformation combined with racism and sexism she faced prompted her to leave for another job. But Kowalik said she doesn’t blame anyone for reacting to confusing and sometimes changing official statistics with skepticism.

Kowalik did blame social media for spreading much of the misinformation her department combated in the early days of the pandemic. She said conspiracy theories surrounding CDC death statistics and other misperceptions about the COVID-19’s severity could offer people a false sense of security—especially for people at higher risk of serious disease or death.

“I’m one of those people—I’m high risk,” she said. “I have multiple autoimmune conditions. Does that mean it’s OK if I die prematurely?”

Kowalik is not the only public health officer in Wisconsin to quit under the mounting pressure of misinformation and pandemic politics.

“It’s not just treating patients,” Simanek said. “It’s not just testing. It’s not just contact tracing. Parallel to that, we have to help translate the science … in a way that manages misinformation.”

Simanek is part of Dear Pandemic, a group of female epidemiologists and other researchers who are using social media and online reports to explain COVID-19 and tackle misinformation.

But fighting misinformation without inadvertently spreading it further is tricky.

“We don’t love to necessarily focus on amplifying a toxic message,” said Lindsey Leininger, a professor at Dartmouth College and group member. “Instead, we flip the narrative, and we talk about the durable lesson that comes from each piece of toxic misinformation.”

In West Bend, Tamez said he’s focused on having respectful conversations with his pandemic-skeptical patients.

Tamez said the pandemic is increasingly hard to miss in his community as cases surge—even if people want to ignore it.

“I guarantee you, three months ago people were looking at each other going, ‘I don’t even know anyone who has this, do you? This seems fake,’” he said. “And now, I can almost guarantee you every person in the county knows someone personally who has it.”

Howard Hardee, a fellow at Wisconsin Watch and First Draft, an organization that trains journalists to detect and report on disinformation, contributed to this report. Wisconsin Watch (wisconsinwatch.org) collaborates with Wisconsin Public Radio, PBS Wisconsin, other news media and the UW-Madison School of Journalism and Mass Communication. All works created, published, posted or disseminated by Wisconsin Watch do not necessarily reflect the views or opinions of UW-Madison or any of its affiliates.