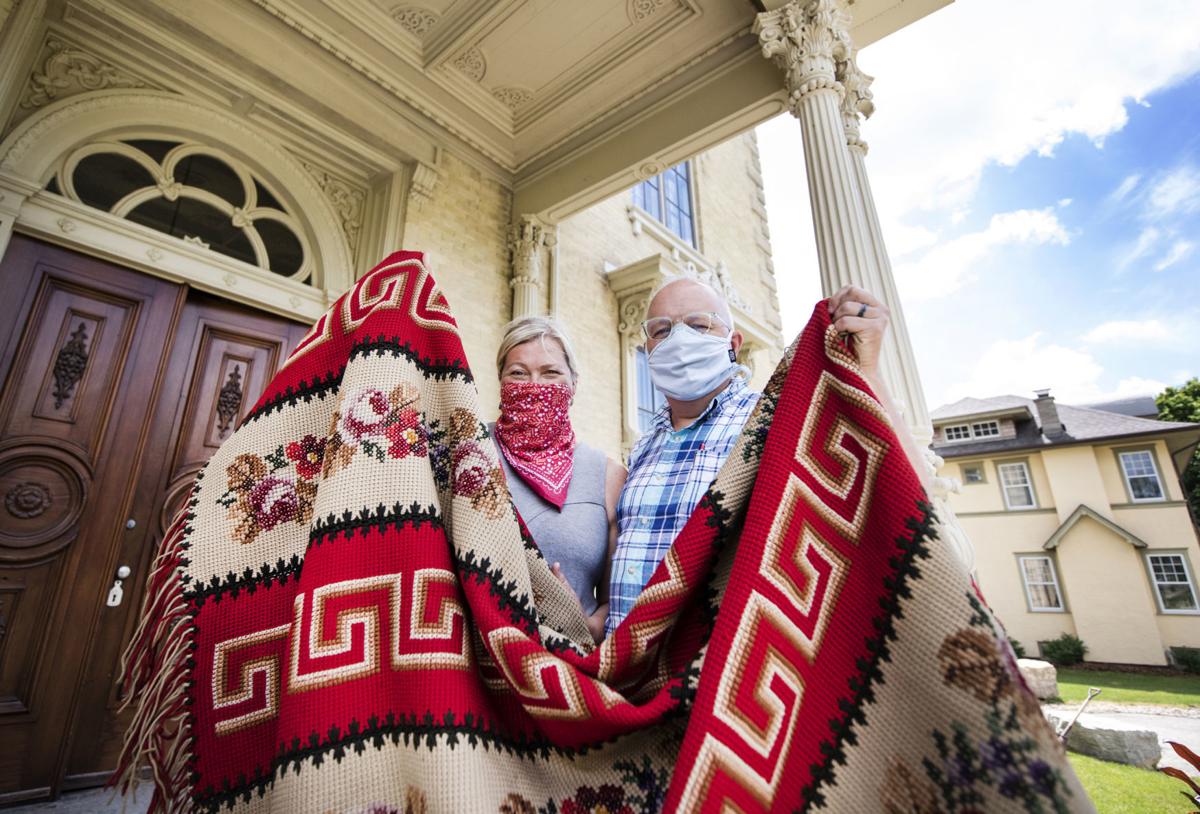 Rock County Historical Society curator Jennifer Drach, left, and Executive Director Timothy Maahs, right, hold a carriage blanket Tuesday at the Lincoln-Tallman House. The blanket once belonged to Abraham Lincoln’s law partner, Asahel Gridley, and is among several historical items donated to the society by the Yeomans family of Janesville. 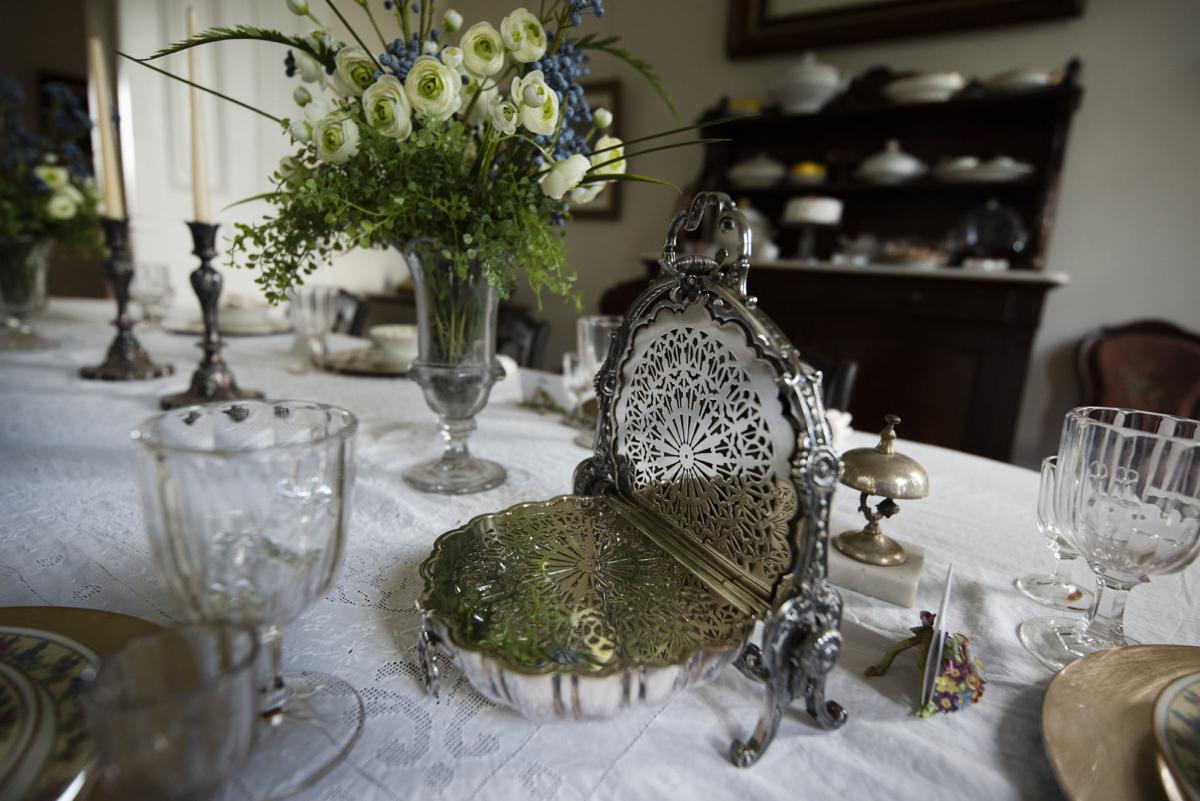 Angie Yeomans, through her son, Bob, and daughter-in-law, Gay, donated 120 items to the Rock County Historical Society, including this silver bread warmer. 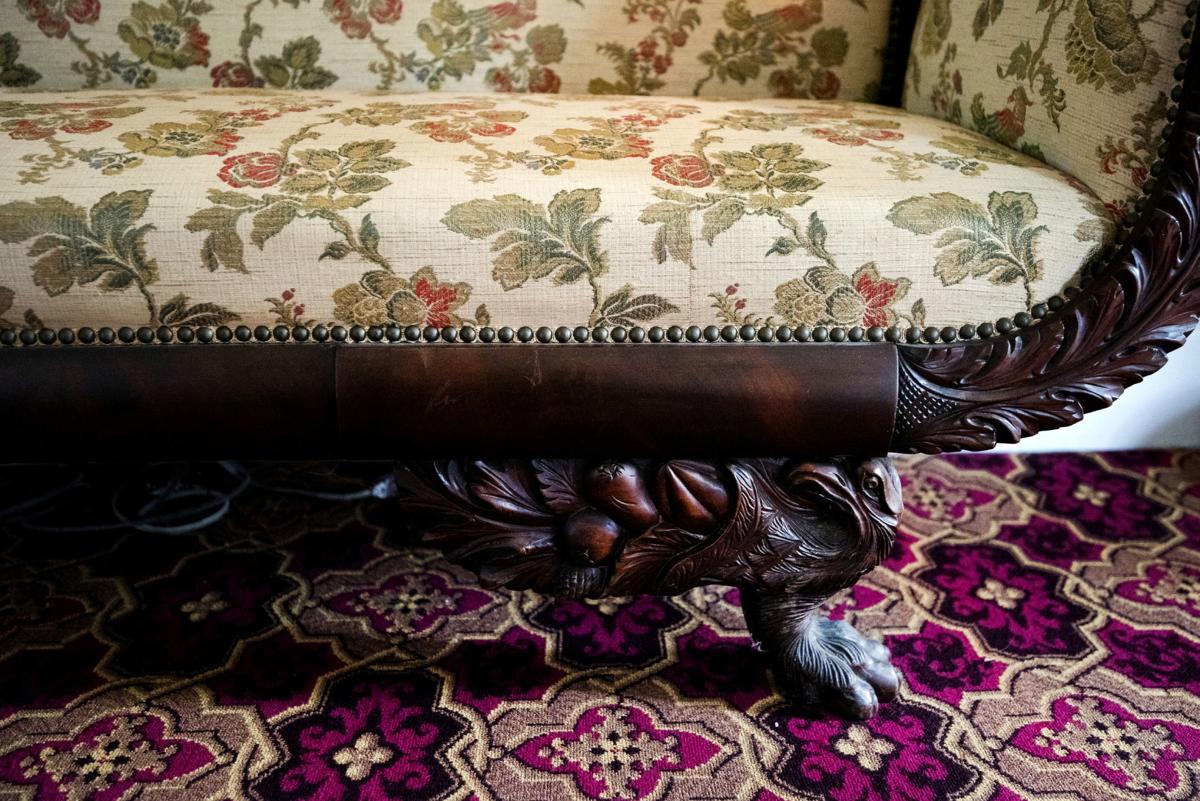 A donated settee in the Lincoln-Tallman House has feet with intricately carved details. 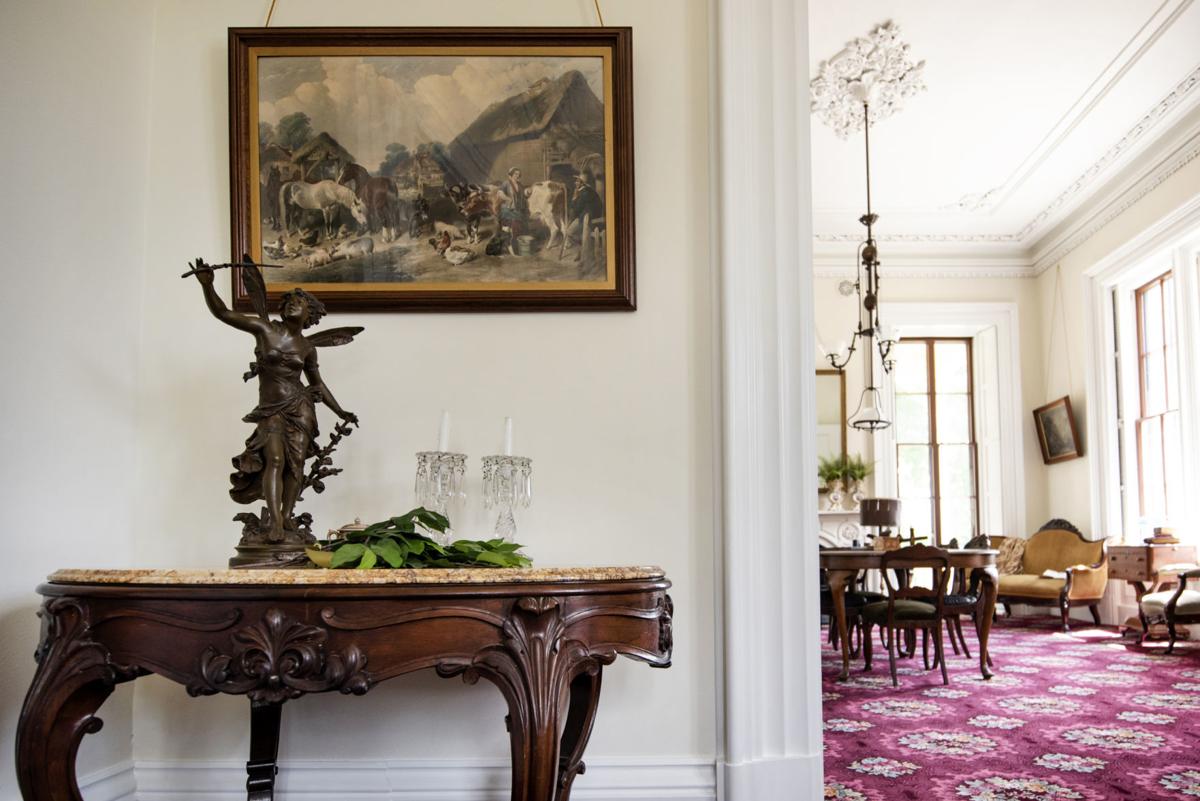 This table and print displayed in the Lincoln-Tallman House were donated by the Yeomans family of Janesville.

At first Jennifer Drach thought someone was playing a trick on her.

The curator at the Rock County Historical Society was looking through a recently donated book when a photo of Abraham Lincoln fell out.

Not just any photo.

But an original Lincoln photograph taken in 1861.

“The rare photo is a once-in-a-lifetime find,” Drach said. “You hear stories about things like this happening.”

Drach learned from her uncle that, years ago, people often put photos, notes and cards in books to preserve them and to keep them flat.

But she had no idea what a treasure awaited her when she flipped through the 19th-century “Abraham Lincoln: Man of God” by John Wesley Hill.

Drach immediately called Bob and Gay Yeomans of Janesville to tell them what was in the book they donated.

“They didn’t miss a beat,” Drach said. “They said, ‘We are so happy you found it. Keep the photo. Now thousands of people can enjoy it.’”

The accidental gift was among many donations to the Rock County Historical Society from the Yeomans family this spring.

The well-cared-for items have not been appraised, but historical society Executive Director Timothy Maahs called them priceless.

Most of the pieces date from 1860 to 1880 and were handed down in the Yeomans family.

Many items already have been incorporated in the Lincoln-Tallman House.

Drach said it will be mid-summer before the Lincoln photo goes on display, maybe in the Lincoln bedroom of the 1857 mansion. She explained that it will be properly matted, framed and put under museum-quality glass.

“The photo is so well-preserved,” she said. “There was no image transfer of ink into the book where we found it.”

A carriage blanket from the Yeomans family also has ties to the 16th president of the United States.

Lincoln visited Janesville from Oct. 1 to 3, 1859, and stayed with the Tallman family.

So it is fitting that society historians draped the red blanket with shades of tan and green on the bed in the Lincoln bedroom.

“It’s in impeccable condition,” Maahs said, adding that the Yeomans family did an amazing job of preserving it.

The donation included a handwritten letter documenting that the circa-1850 blanket belonged to Asahel Gridley, who practiced law with Lincoln and became his good friend.

“It is extremely difficult to find items with documentation and a connection to Mr. Lincoln,” Maahs said.

Most likely, the carriage blanket came through Asahel’s daughter, Mary Gridley Bell, to the Yeomans family.

In addition to the blanket, the family’s donation includes a number of period furniture items.

An ornately carved settee sits in the main entry hall, where visitors might have waited for the Tallman family.

A large bureau with a mirror reflects stylish Victorian taste in the dining room.

“The best compliments I have received while doing private tours is that the items literally make it look like the family just got up and walked out of the room,” Maahs said.

He is eager to share the donations, which he hopes will “inspire folks to learn more about the rich history of the area and the people who have come before us.”

Maahs called his interaction with the Yeomans family heartwarming and authentic.

“This is exactly how local historical societies are able to survive,” he said, “through the generosity of people who care about these things. I can’t say enough. I feel so blessed for the historical society to have gotten such a beautiful gift.”

His mother, 99-year-old Angie, recently moved from a 160-acre farm north of Janesville to Cedar Crest. His father, Floyd or “Bud,” died in 2010.

“My parents lived a wonderful life at the farm,” Yeomans said. “They had a fairly large house filled with antique furniture handed down for generations in the family and other pieces of interest.”

After family members took some items, Yeomans contacted Maahs to see if the historical society was interested in the rest.

“He was like a kid in a candy store,” Yeomans said. “It made me so happy to see someone excited about these pieces. There’s great joy in giving, particularly where there is great joy in receiving. Emotionally, it is of great value to us to know the pieces are in a good home and many people will enjoy them.”

The Rock County Historical Society opens to the public with safety precautions Wednesday, July 1. Tours of the Lincoln-Tallman House, 440 N. Jackson St., and visits to see exhibits at the Helen Jeffris Wood Museum and Visitor Center will be available by appointment.

Anyone on the historical society campus will be required to wear a mask and remain socially distant. Additional safety measures will be explained to visitors when they make appointments.

Staff and volunteers at the Charles Tallman Archives will continue to conduct research requests remotely.