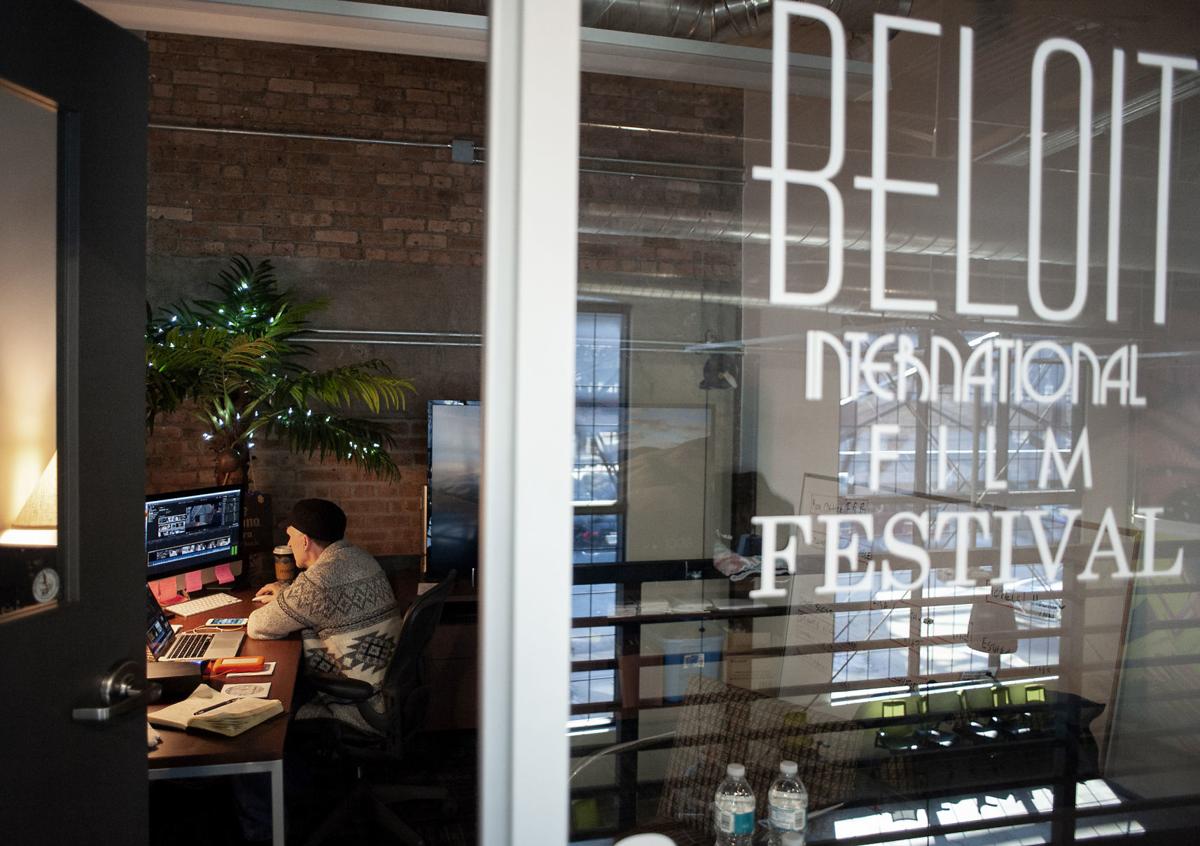 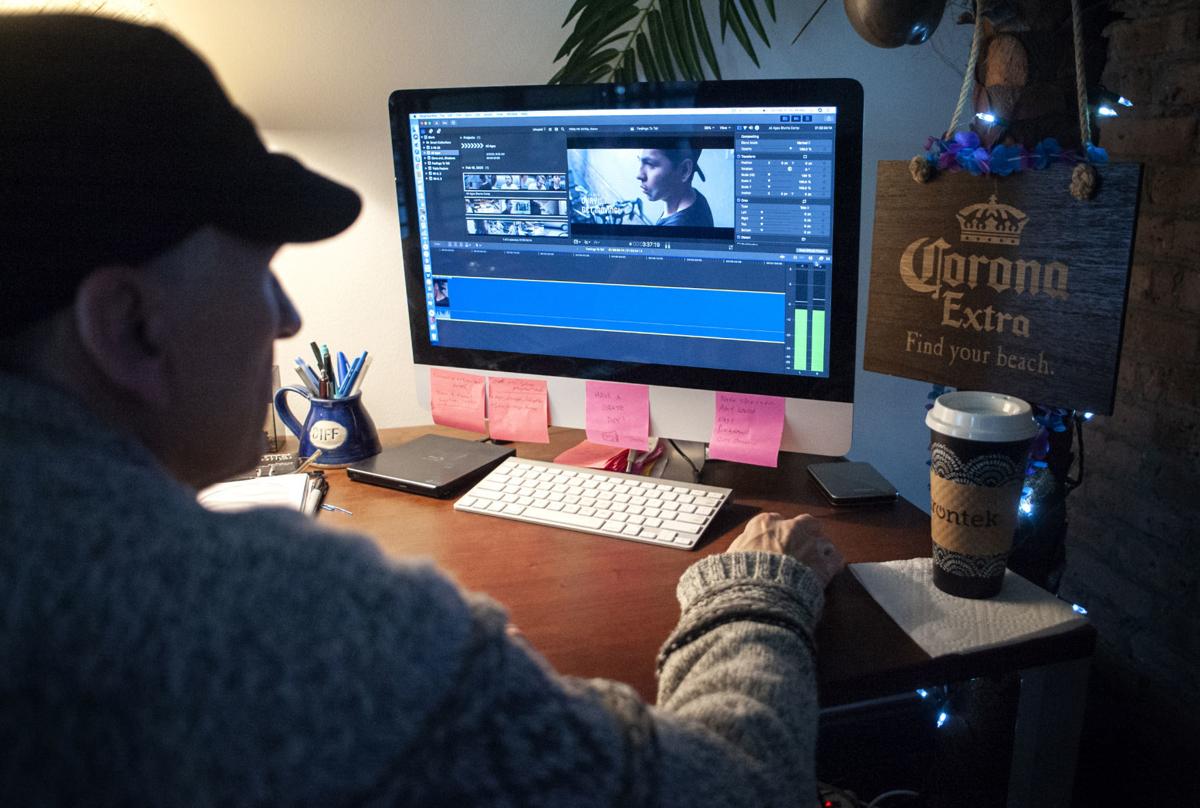 Greg Gerard corrects the volume of films on a computer in his office Friday at Irontek in Beloit. 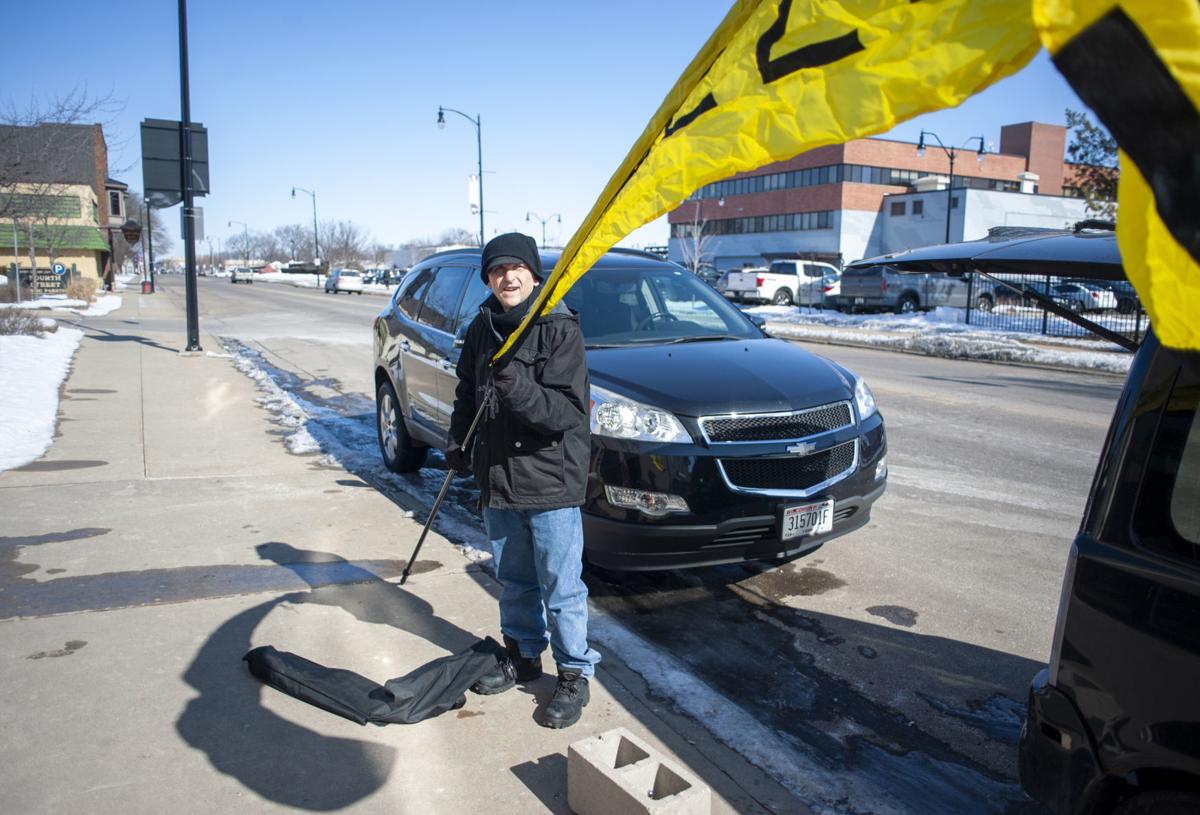 Greg Gerard sets up a banner for the Beloit International Film Festival in front of La Casa Grande in Beloit on Friday. 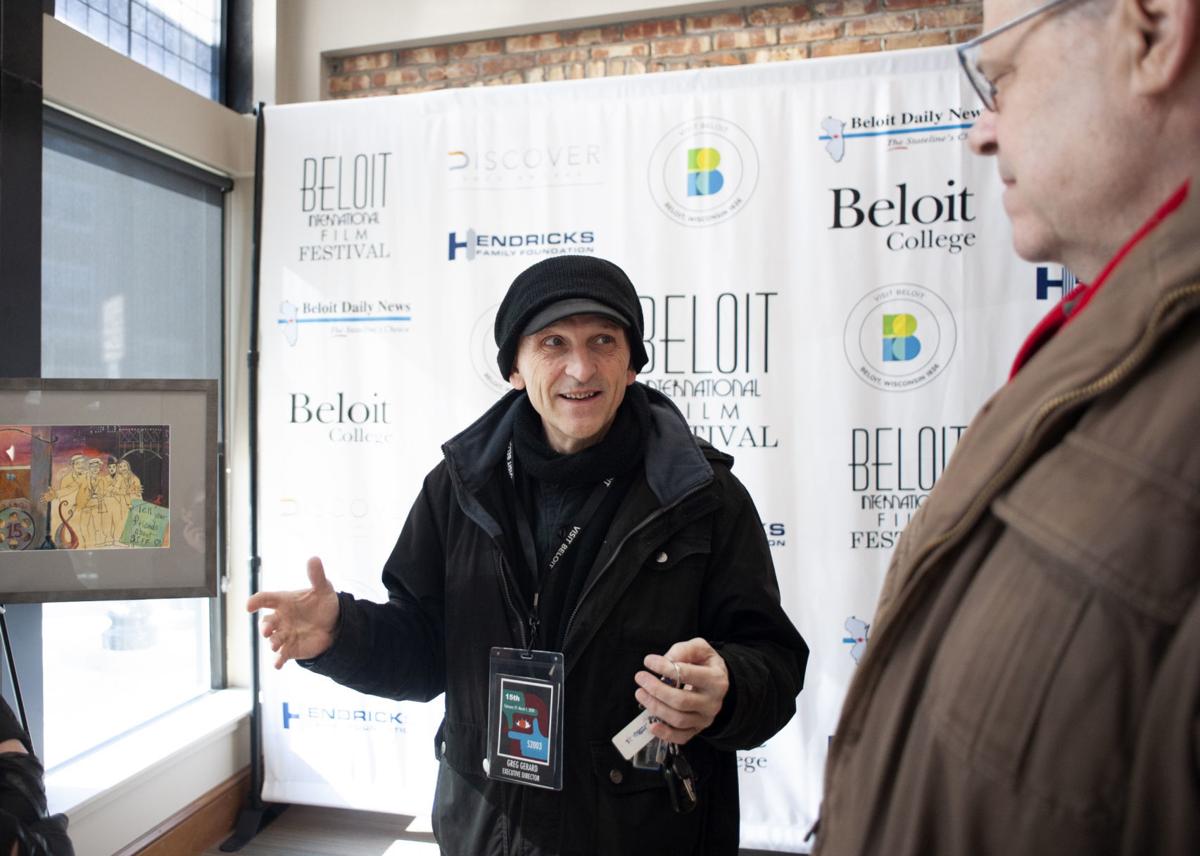 Greg Gerard stops by the box office on the first day of the Beloit International Film Festival on Friday in Beloit. 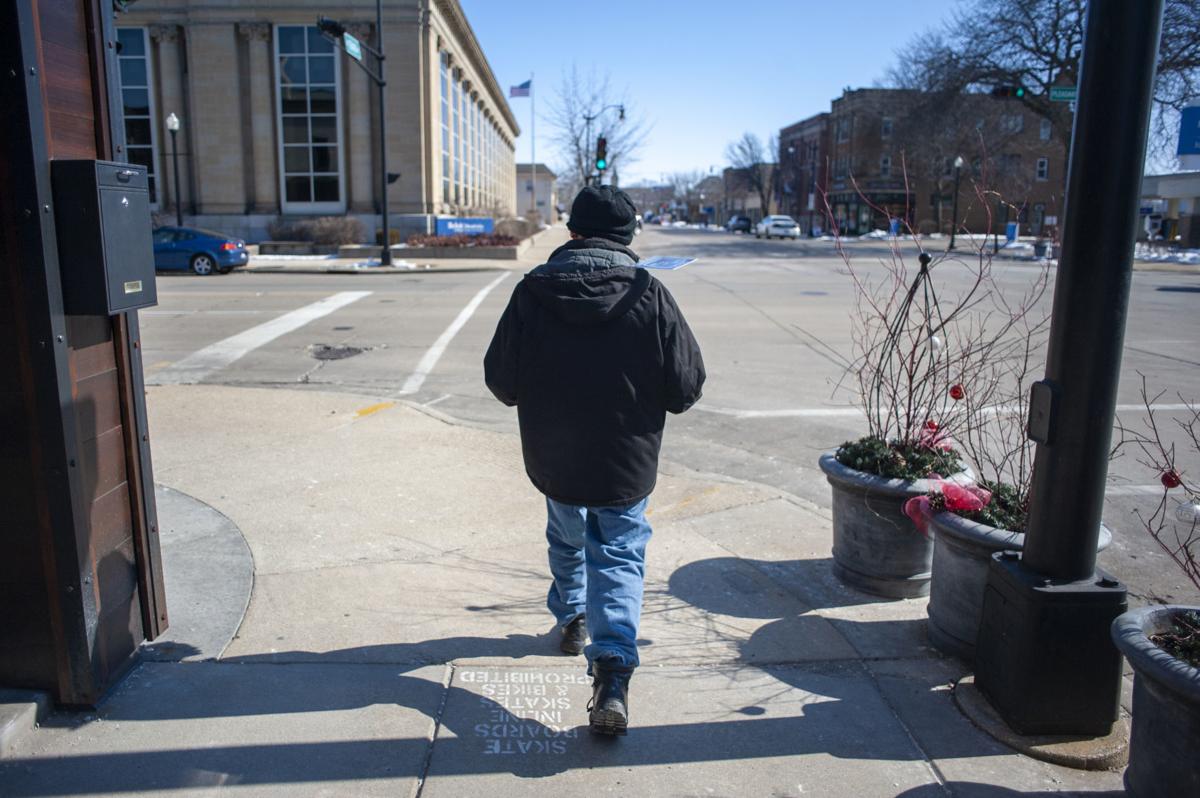 Greg Gerard walks to the Beloit International Film Festival’s former office in downtown Beloit on Friday while preparing for the start of the festival. 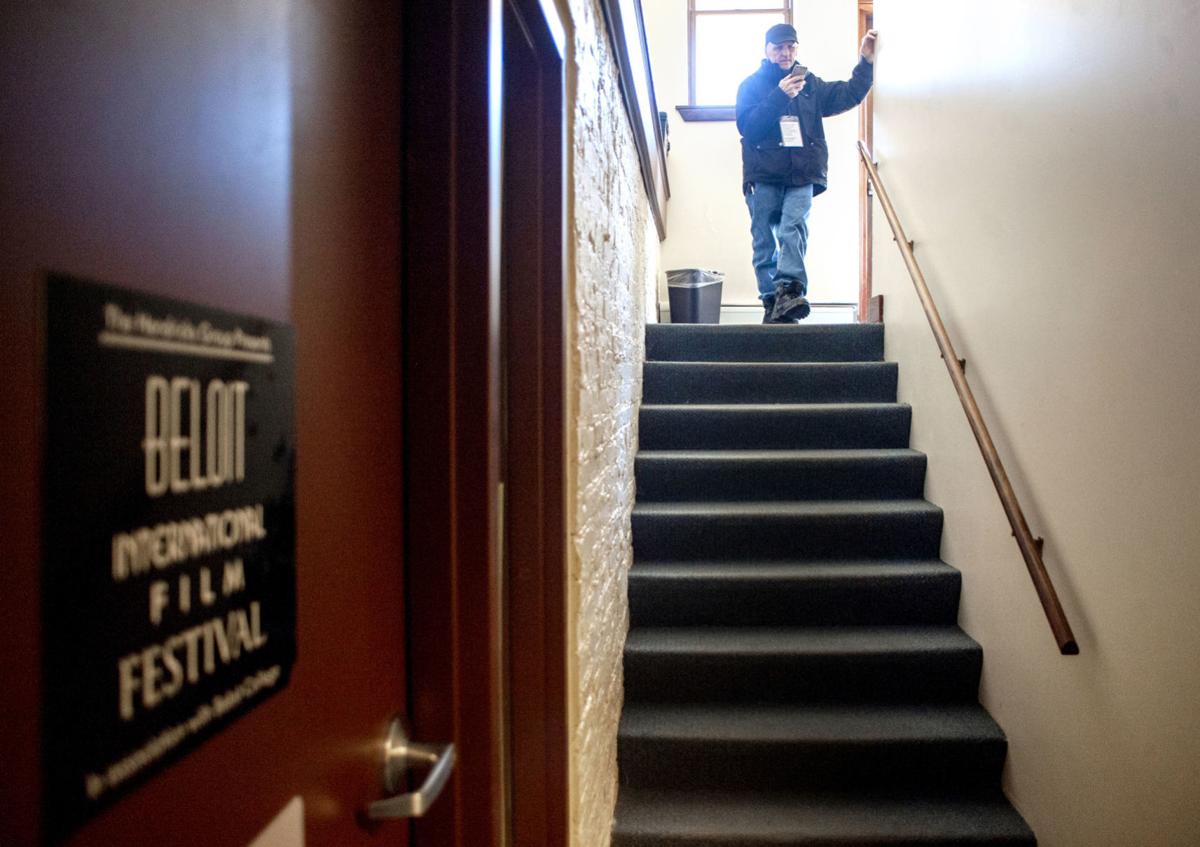 Greg Gerard makes a phone call while preparing for the Beloit International Film Festival on Friday in Beloit. 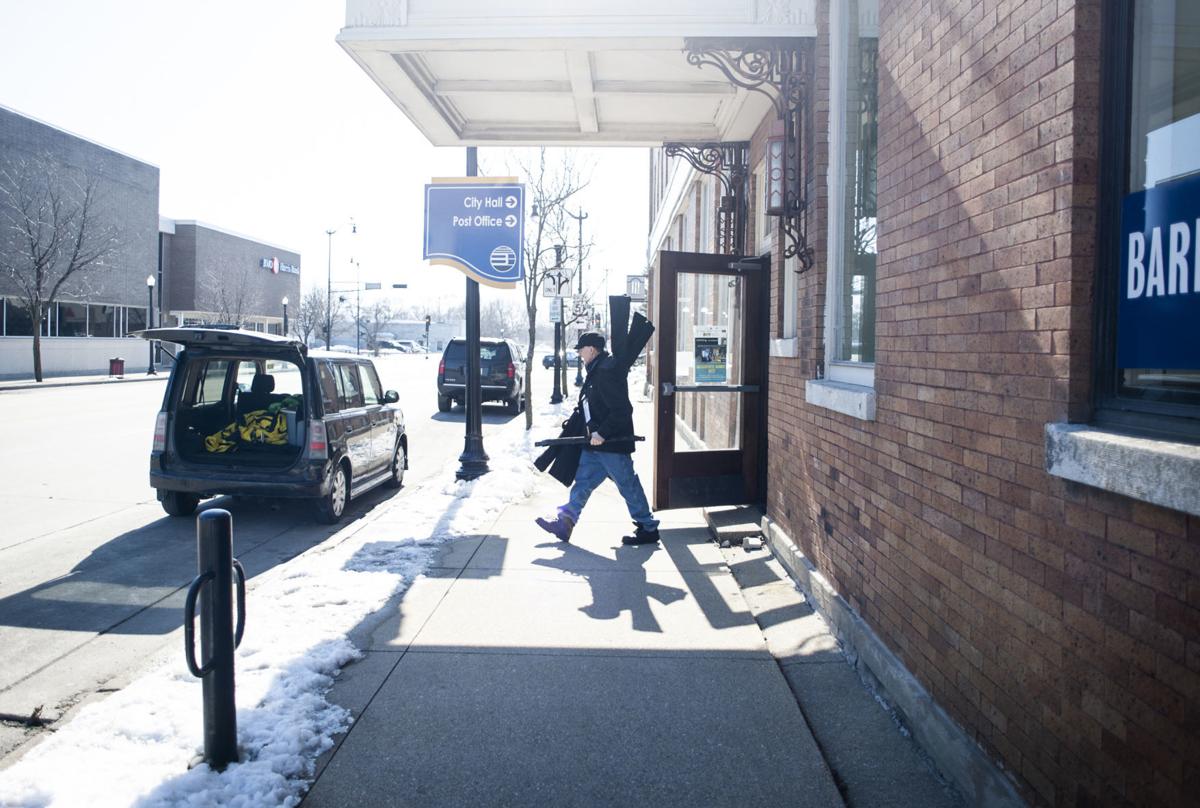 Greg Gerard carries loads his cars with banners and other gear Friday in preparation of the first day of the Beloit International Film Festival.

Being the executive director of a film festival might sound posh, but for Greg Gerard, there are few luxuries.

Hours before the 2020 kickoff to the Beloit International Film Festival, Gerard could be found on the streets of Beloit hanging banners and carrying bricks.

Gerard does not have an assistant. He is leading what he calls a “skeleton crew” to put on one of the largest annual events in Rock County, which means he has to get his hands as dirty as everyone else’s.

This is Gerard’s first year as executive director of the film festival, but he is no stranger to the event. He has worked in different roles at the festival in each of its 15 years.

In that time, he has climbed the leadership ladder for the festival. He was the operations manager at one point and said he expected he would do less of that work after becoming executive director. He discovered that expectation was wrong.

But Gerard is not complaining. When talking about the festival, his energy is contagious.

Gerard’s background is in music, not film, but it was his musical past, strangely enough, that got him involved with BIFF.

Gerard’s college friend and former partner in the music business Rod Beaudoin was one of BIFF’s founders, Gerard said.

Being BIFF’s executive director has “crimped” his music career because running the festival is a year-round job, he said.

Over the last 15 years, Gerard has learned how to look at film with a critical eye. As executive director, he tries to watch as many of the more than 700 films submitted to the festival as he can.

But because watching them all is impossible, Gerard assembled 15 people to help him screen out some of the films that aren’t quite ready for prime time.

Gerard looks first and foremost for production value, a good story and strong acting when watching films, he said.

“You can usually tell in the first 15 minutes if a film is going in the right direction,” Gerard said. “We are looking for high cinematic quality.”

Throughout the year, the organization hosts events to gauge what the community likes to see.

Gerard said he tries to keep the Beloit audience in mind, and he thinks he has a pretty good handle on what BIFF-goers enjoy. Favorites include romantic comedies and captivating documentaries, Gerard said.

But he also likes to throw some curve balls with more experimental or artistic selections, he said.

In his first year, Gerard added a big project: BIFF Fest Eve, an event designed to bring organizers and the community together before the main event.

Hours before that gathering, Gerard squeezed in an interview with The Gazette. Despite all the work he still had to do, he said he wanted to talk to the newspaper because he was passionate about informing people about everything BIFF has to offer this year.

Gerard rattled off a nearly complete list of the festival’s special events in what seemed like a single breath. He knew it all like the back of his hand.

“I felt like my city needed me, so here I am,” Gerard said.

What: Beloit International Film Festival, a 10-day showcase of films from across the world and special events honoring classic films.

When: Friday, Feb. 21 to Monday, March 1. Times vary depending on film and location.

Where: Films and events will be hosted at various locations in Beloit including Bagels and More, Bushel and Peck's, Domenicos, Hendricks Art Center, La Casa Grande, Beloit Public Library and The Eclipse Center.

Tickets: Prices vary depending on film and event. Tickets can be purchased online or at the box office, 635 Third St., Beloit.