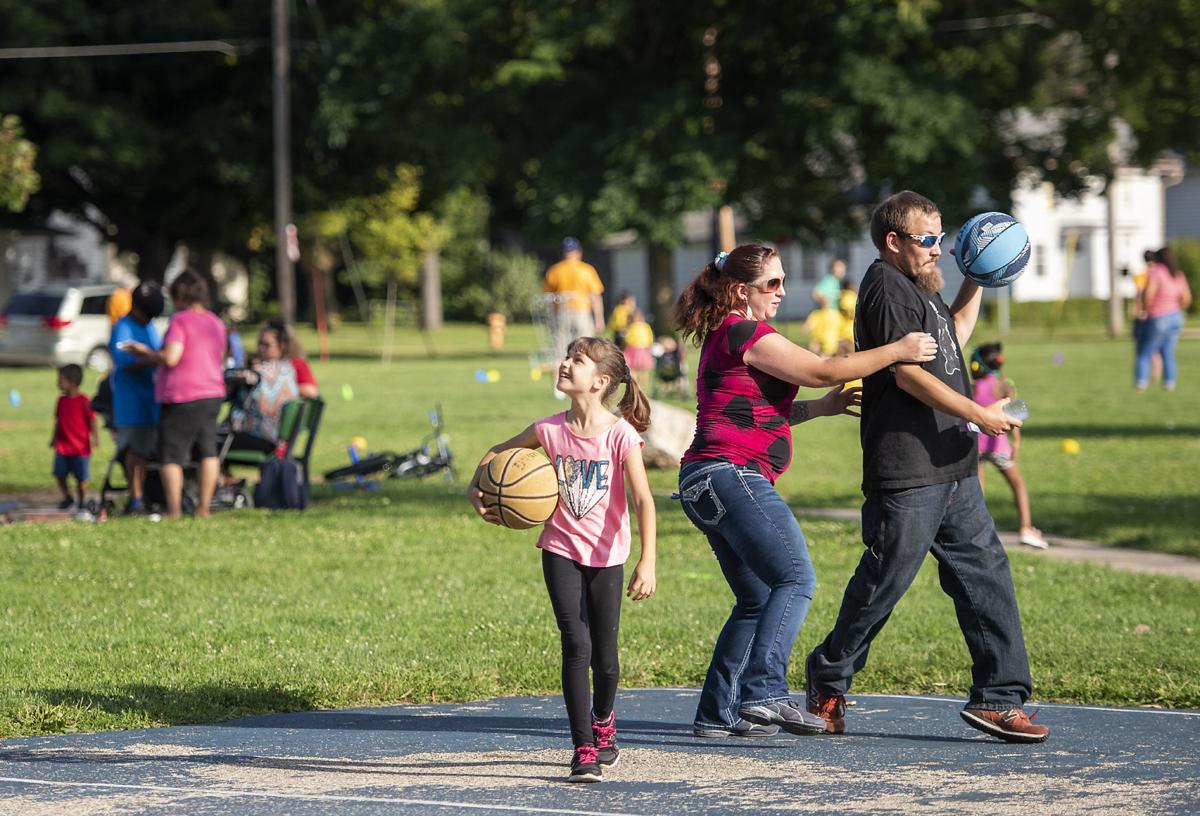 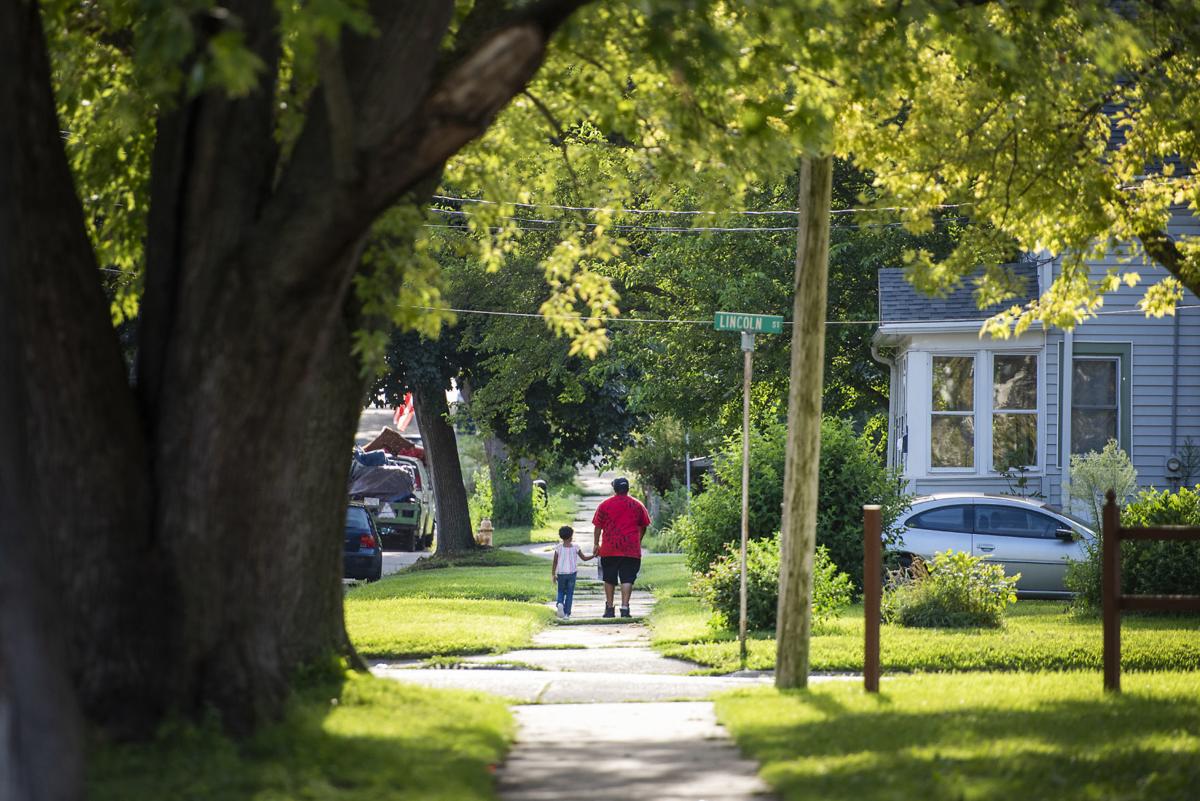 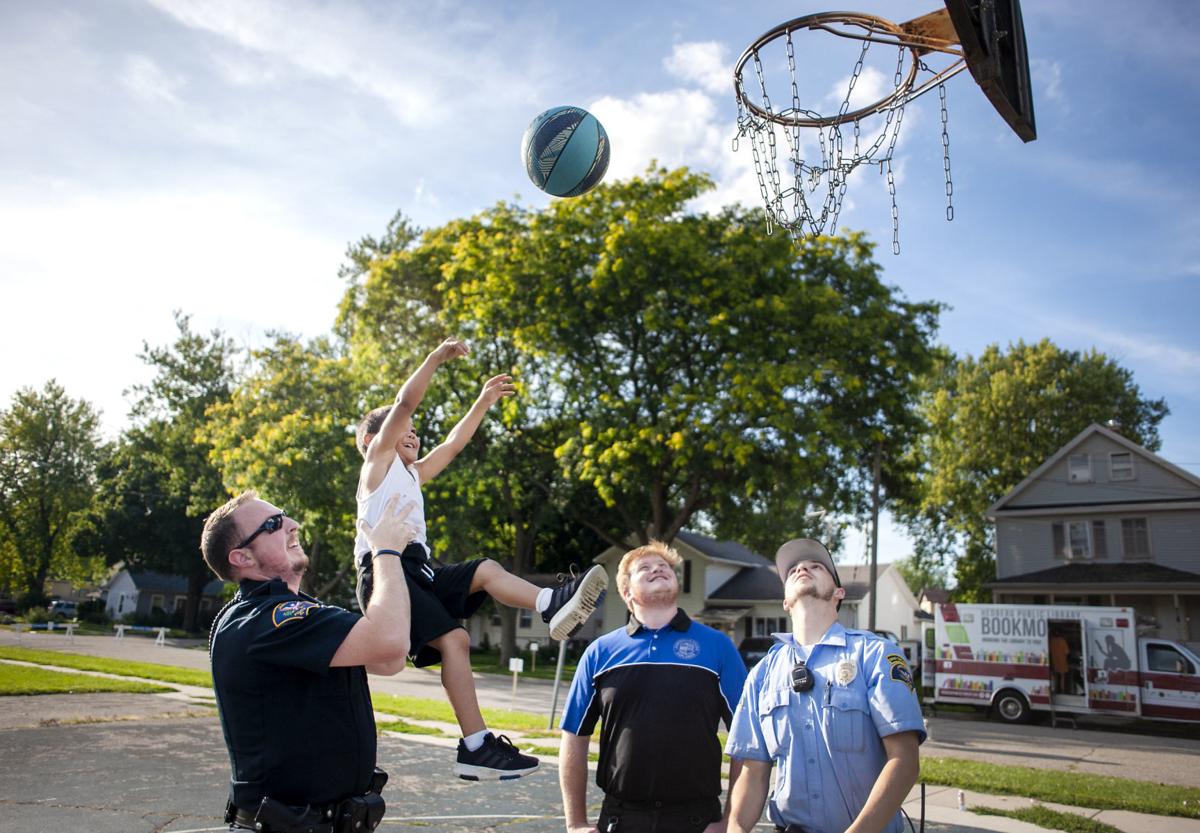 Angela Cardinal and her mother, Barbara Cardinal, have lived in Janesville’s Fourth Ward long enough to see a transition in the city’s oldest neighborhood.

Actually, the change is evident in the yard of the home they bought six years ago, a two-story, circa-1870s Italianate on a tidy lot at Jackson and Van Buren streets.

Earlier this decade, before the Cardinals lived there, the historic home was a fire-damaged, three-unit apartment that some neighbors say drew nuisance complaints.

“That home used to have dirty diapers piled in the yard, just thrown out windows into the grass. There were diapers piled up like snow drifts. It’s not like that anymore,” said Burdette Erickson, a longtime Fourth Ward resident and neighborhood activist.

Neighbors and Janesville police say the Fourth Ward’s roughly 3,000 residents have a neighborhood that’s noticeably safer and cleaner than it was earlier this decade.

Moore believes the Fourth Ward has had the “quietest” summer he’s seen in years, a marked difference from the summer of 2014, when some neighbors reported being chased inside their homes by brazen criminal activity.

That included drug dealers neighbors said would congregate in parts of the Fourth Ward and block traffic, intimidate residents who confronted them and in at least one case physically attack neighbors.

“We knew that in the years coming out of the Great Recession and with the loss of General Motors, that if we lost the Fourth Ward and Look West neighborhoods on the west side to crime and disorder, our entire community would be judged based on what happens in those neighborhoods,” Moore said. “You know, we sat down, and I said, ‘Man, we need a plan.’ We had a program, but we need it a little bit more structured. We refined our plan.”

Moore and officers who specialize in street crimes and nuisance property problems said some changes have come since the city responded to the 2014 spike in crime by tightening guidelines in its nuisance property rules. That included setting a new threshold for when the city can take action on problem houses, often rental properties.

Now, if an individual property racks up four legal violations—anything from arrests, citations or written warnings—the city can force landlords to deal with the problems through nuisance “abatement” plans.

Those measures are part of extra resources and outreach to neighbors in the Fourth Ward. Over the last few years, all three shifts of the department have had officers and supervisors who have keyed on nuisance properties in the Fourth Ward and elsewhere.

Norem said his records show active enforcement actions for 10 nuisance properties in the Fourth Ward. He said that is similar to other neighborhoods in the city.

One home in the 200 block of South Jackson Street, Norem said, a house that is split into several apartment units, had multiple violations in prior years. This year, he said, the property hasn’t drawn complaints, and it hasn’t had violations.

Erickson, a retired teacher who has lived in the Fourth Ward for more than 30 years, spoke to The Gazette over the phone this week as he watched a half-dozen police hunt through his backyard. He said cops had told neighbors they were searching for two teen boys.

“That kind of thing has become more unusual in the Fourth Ward,” Erickson said of the police search for the teens. “It has been really quiet this summer. But what I’m seeing looking out the window, the police here, is encouraging. Because whatever the problem is, they’re after it. And I think they’ll take care of it.”

As it turned out, police believe the teens had stolen a vehicle. Officers found and arrested the teens that day, according to police reports.

Erickson believes there are now more owner-occupied homes in the Fourth Ward than earlier in the decade, some owned by residents who Erickson said have moved here from other cities.

He said some people new to the neighborhood have helped embolden longtime Fourth Ward residents who in the past might have tolerated crime and nuisance properties.

“There’s been an increase in what I’d call neighborhood feistiness,” Erickson said. “We’ll no longer tolerate those who’d destroy the Fourth Ward. Part of it is people taking ownership of homes and ownership of the neighborhood itself. That has created action against bad landlords.”

Good said it has been years since he saw that many children running and playing at Fourth Ward Park. Like Erickson, Good believes a blend of policing and neighborhood advocacy have helped make his neighborhood feel the safest in years.

“You can walk around. It seems peaceful. It’s cleaner. You ain’t got adults hanging out at the Fourth Ward basketball court, beating up kids, doing drug deals and smoking drugs,” Good said. “You want to know why? There’s more eyes, more people together, watching this place.”

Wehmas said in past years, she has purposely staged block parties on streets adjacent to known drug houses or residences that are on the radar for criminal activity, arrests and frequent neighbor complaints. The purpose, Wehmas said, has been to send a message of police presence and to cultivate trust among neighbors and children.

“I’ve actually been having a hard time this year finding a ‘problem area’ where I’d set up the block parties. So it’s been harder to make that my primary goal. There’s no particular area that stands out,” Wehmas said.