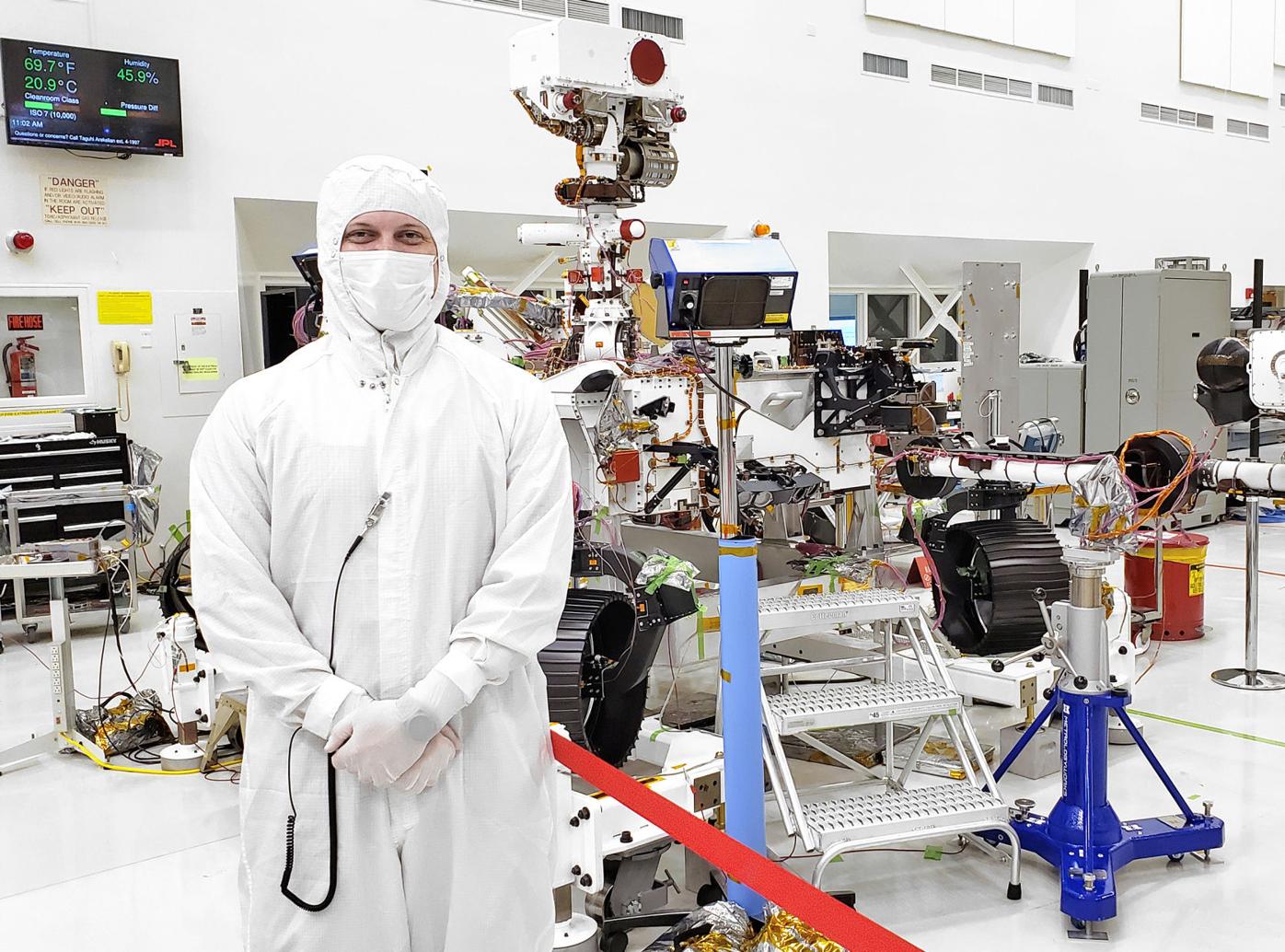 Chris Hummel stands in front of the Mars 2020 rover, which is on its way to Mars to study the geology of the Red Planet and to look for ancient life forms. 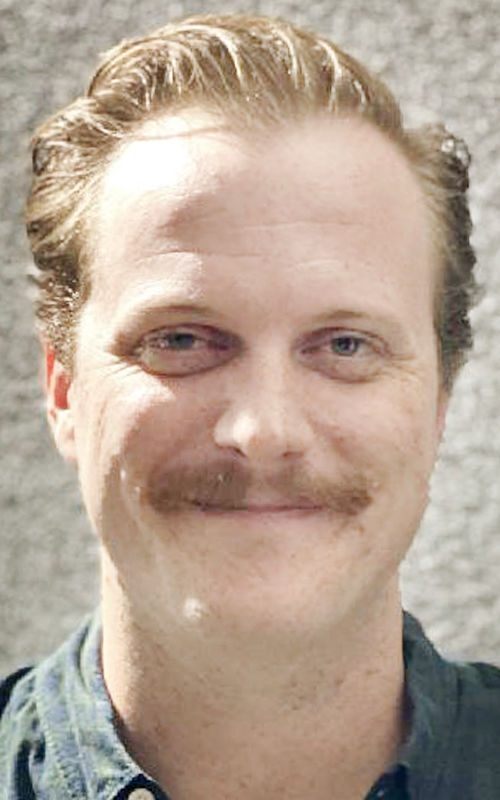 Chris Hummel was still sleepy at 4:40 a.m. on July 30 when he watched the Mars rover launch on TV.

But the early hour did not dampen his enthusiasm.

The former Milton man who now lives south of Los Angeles has every reason to be joyful about the latest mission to the Red Planet.

He is among scientists at NASA’s Jet Propulsion Lab in California who developed critical instruments for the rover.

The instruments will do unprecedented science to better understand the geology of Mars and to seek signs of ancient life.

“Any kind of life forms would be really exciting to find,” Chris said.

The car-sized rover, called Perseverance, will spend at least two years collecting and storing rock and soil samples from an ancient river delta.

In addition, the mission will test new technology to help future robotic and human exploration of Mars.

Chris, a 2009 graduate of Milton High School, went to work at the Jet Propulsion Lab four years ago.

The 29-year-old has worked on several projects, but the most rewarding was the development of an instrument to map the composition of materials on the Martian surface.

The planetary instrument for X-ray lithochemistry or PIXL will provide more detailed detection and analysis of chemical elements on Mars than ever before.

Chris was one of several operators of the PIXL who made sure it did what it was expected to do before leaving Earth for the seven- month voyage to Mars.

The PIXL is one of two instruments on the rover’s arm. It takes photos that are reviewed by scientists, who tell the rover arm if they want more detailed looks at certain locations.

Chris called the Mars rover a special part of the Jet Propulsion Lab because of the public’s keen interest in it.

“On the morning of the launch, I received quite a few kind messages from family and friends,” Chris said. “It was very nice to feel like other people had bought in to the project and that the successful launch was enjoyed by many.”

Among those watching as an Atlas V-541 rocket took the rover into space were Chris’ parents, Leo and Deb Hummel of Milton.

“It was exciting because Chris has his fingerprints on the PIXL,” Deb said. “I feel proud that he was part of it. He followed in his dad’s footsteps.”

Leo once worked as a mechanical engineer for the former Hamilton Sundstrand Corp. in Rockford, Illinois.

While there, he was part of a team to refurbish NASA’s space shuttle after it disintegrated during re-entry in 2003.

“We redid the actuators,” Leo recalled. “We had to make new parts and test them.”

The actuators help slow the orbiter and keep it on course during landing.

Leo went to Cape Canaveral Air Force Station in Florida in 2005, where he came face to face with technology that reaches into the universe.

“It was incredible,” he said. “You walk in the door, and you are right underneath the shuttle. It is so important to work on something that means so much to the country.”

Leo’s enthusiasm as a mechanical engineer rubbed off on Chris, who was a teenager at the time.

After high school, Chris studied mechanical engineering at UW-Madison and completed his master’s degree in 2016.

“I was influenced significantly by my father and supported by both my parents when considering graduate school,” Chris said.

He got interested in cryogenics in graduate school and believes his work with materials at extremely low temperatures got his foot in the door at the Jet Propulsion Lab, a division of Caltech in Pasadena, California.

“A lot of space instruments have very cold specifications,” he said.

Chris will help with ongoing software updates to the rover while it is on its way to Mars.

But he is moving on to other projects meant to increase understanding of the solar system, including sending an orbiter to look at a moon of Jupiter that has more water than Earth.

“We have some big projects coming up,” Chris said.

He explained that it was not his goal to work for NASA, but he fully embraces the challenge.

“I really enjoy my job,” he said. “I feel very lucky to have had the opportunity to work on a Mars rover.”