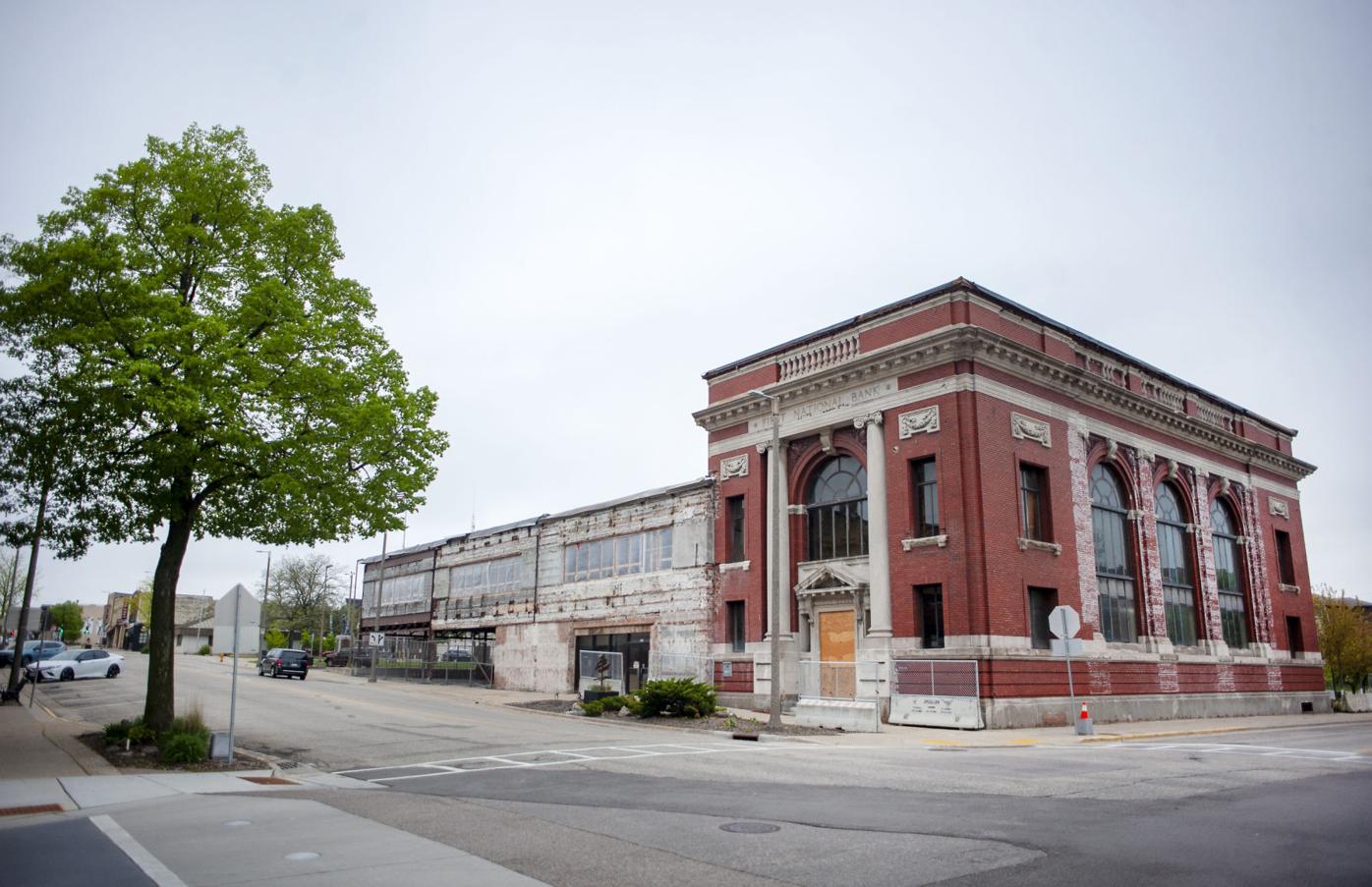 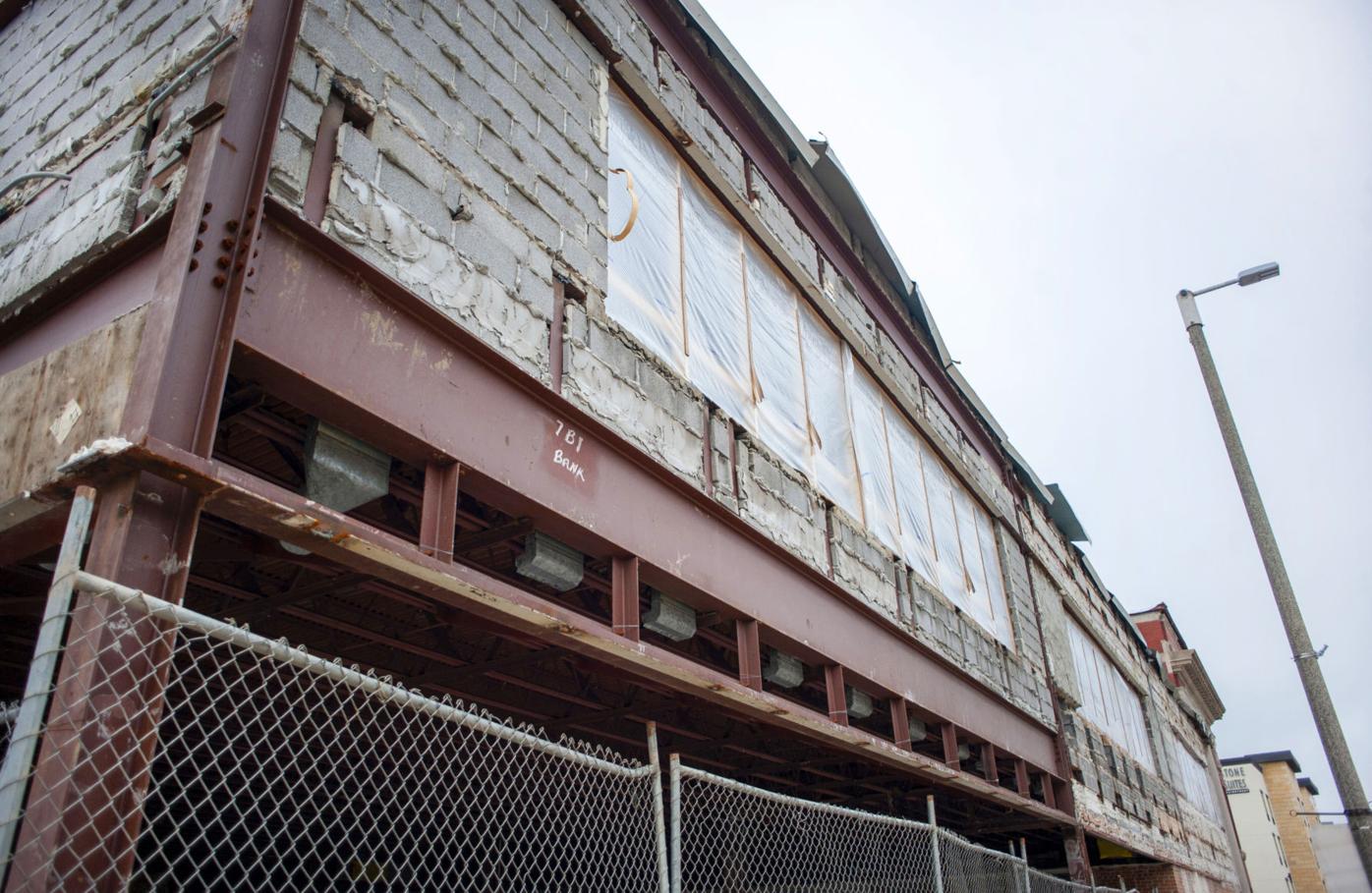 Concrete block is exposed on the former First National Bank building at 100 W. Milwaukee St., Janesville. Blackhawk Community Credit Union had planned to remodel the building into a Legacy Center honoring General Motors workers, but it is now selling it to the Forward Foundation.

Concrete block is exposed on the former First National Bank building at 100 W. Milwaukee St., Janesville. Blackhawk Community Credit Union had planned to remodel the building into a Legacy Center honoring General Motors workers, but it is now selling it to the Forward Foundation.

After months of uncertainty, the former First National Bank building in downtown Janesville is in new hands.

The sale of the property at 100 W. Milwaukee St. is pending and likely will close today, both parties said.

The sale hits a reset button on the former bank after the credit union abandoned renovations intended to convert the building to the Legacy Center, a museum to honor local General Motors workers. The credit union shelved work on the property this spring when the COVID-19 pandemic hit.

“This property is in a very strategic location and is important for the implementation of the ARISE (riverfront revitalization) plan,” John Beckord, Forward Janesville president, said in a statement. “The bank building on the corner is historically significant, and we feel strongly it should be preserved.”

“The beauty is there’s all sorts of dreams and visions,” Lindau said. “You know, the reality is there are numerous uses downtown that the ARISE plan has identified, whether it’s retail, hospitality, multifamily (housing).”

He said the foundation hasn’t set its sights on one specific concept.

The nonprofit foundation is backed by local philanthropic funding. While it does not typically operate as a real estate holding company or property developer, Lindau said “key” stakeholders who have supplied funding to the foundation have endorsed the purchase of the former bank.

According to a release, the Forward Foundation is seeking partners to develop the property “for a use that is consistent with the ARISE plan.”

“What we wanted to ensure is that caretakers of (private revitalization effort) ARISEnow, along with our partners at the city of Janesville, we would be able to ensure that this important asset ends up with the right project being done on it,” Lindau said.

The credit union earlier this year said it was shifting focus toward banking operations and away from real estate development. BHCCU earlier sold the former Town and Country restaurant property on South River Street, a block south of the First National.

The credit union has been working under city orders to shore up areas of the bank building left open to the elements after renovations halted earlier this year.

A group of local investors demolished the decrepit Town and Country this summer and cleared the property, satisfying a raze or repair order the city had placed on the property. One of the investors in that property said they picture commercial or mixed-use redevelopment there.

The former Town and Country and the former First National Bank are on the corridor that feeds into the city’s newer ARISE Town Square, a public park space along South River Street that the city and private investors have sunk millions into to create a centerpiece for downtown revival.

BHCCU said in a statement Thursday that it “will continue to search for the right location to house the Legacy Center.”

Lindau said there are no plans to demolish the former First National. Some terms of the sale hinge on the Forward Foundation reaching agreements with the city on repairs in the near term to shore up the building.

Beckord said the city has been “patient” through the sale of the property, and Lindau said based on talks with the city’s building department, he believes the city will be cooperative with Forward Foundation’s plans to restore the building to meet code requirements.

BHCCU interim CEO Lisa Palma in a statement said, “... the preservation and utilization of the (First National) building as a catalyst in revitalizing downtown Janesville is very important to BHCCU, and the sale of this building supports that effort in the community.”