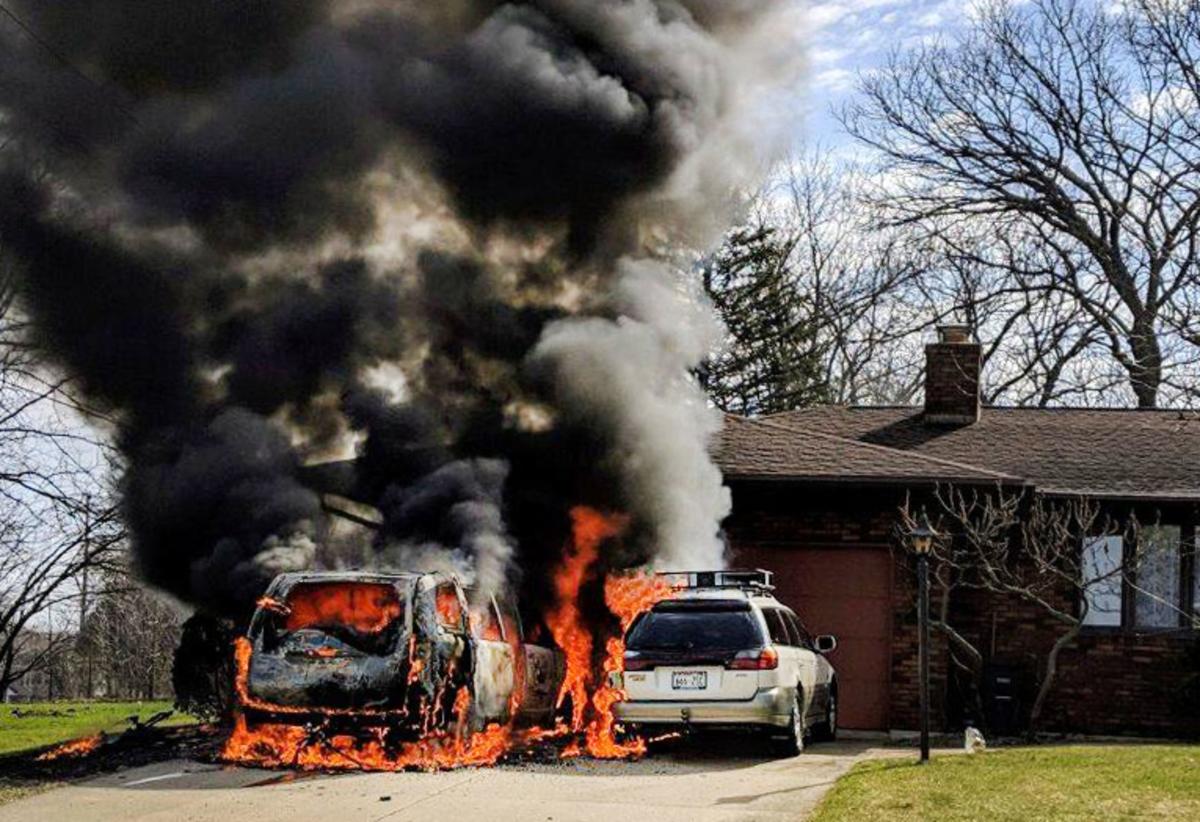 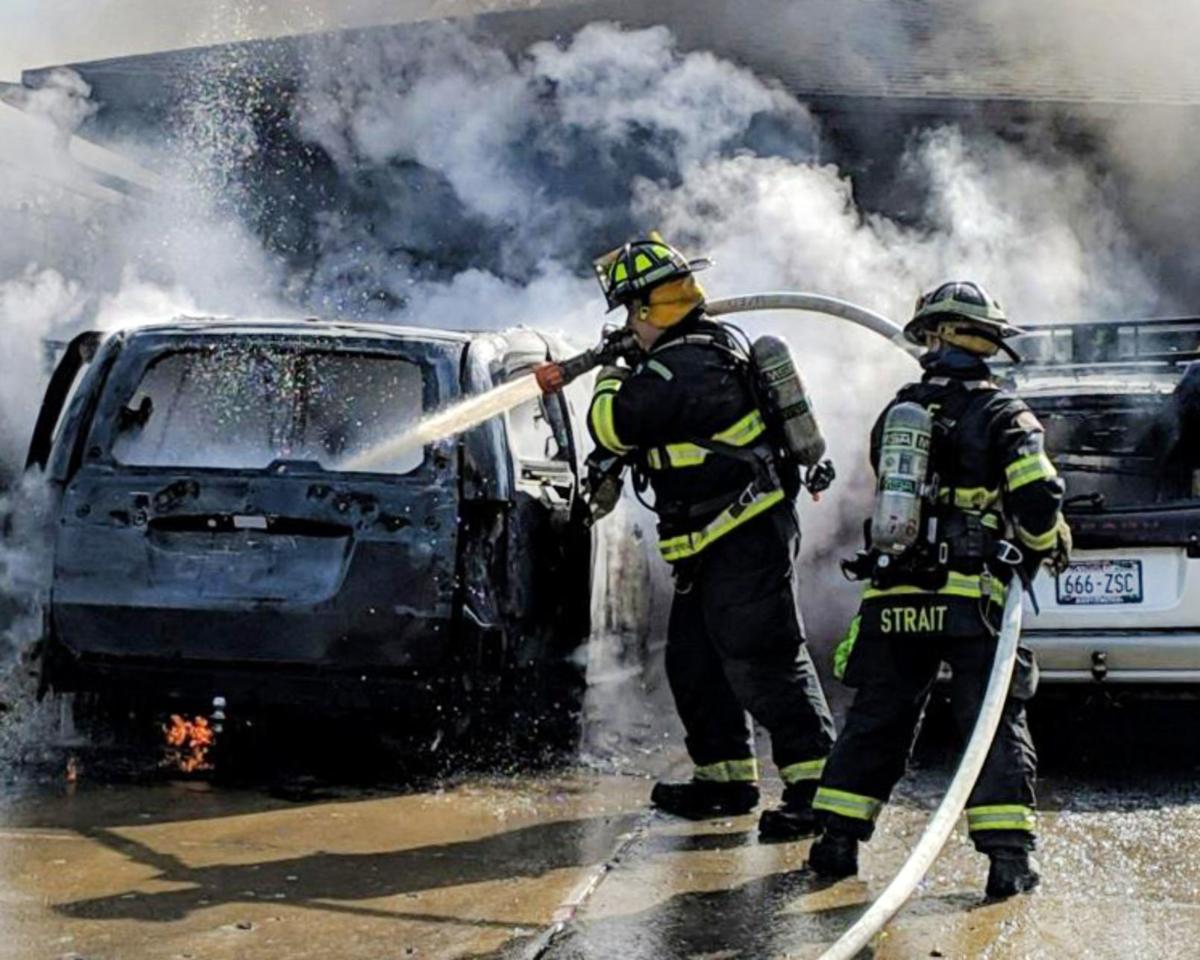 Firefighters work to fight a fire that destroyed two vehicles parked in front of a home in Whitewater on Tuesday morning.

Two cars parked at a home on Ardmore Drive in Whitewater were a total loss after a Tuesday morning fire, but the Whitewater Fire Department said firefighters stopped the fire from destroying the home.

No one was injured in the fire, which the department believes was caused by an electrical short in a minivan, according to a department Facebook post. The fire spread to a Subaru next to the minivan.

Firefighters responded to the home at about 9:40 a.m.

“Crews were able to quickly knock down the flames and save the home,” the post states.