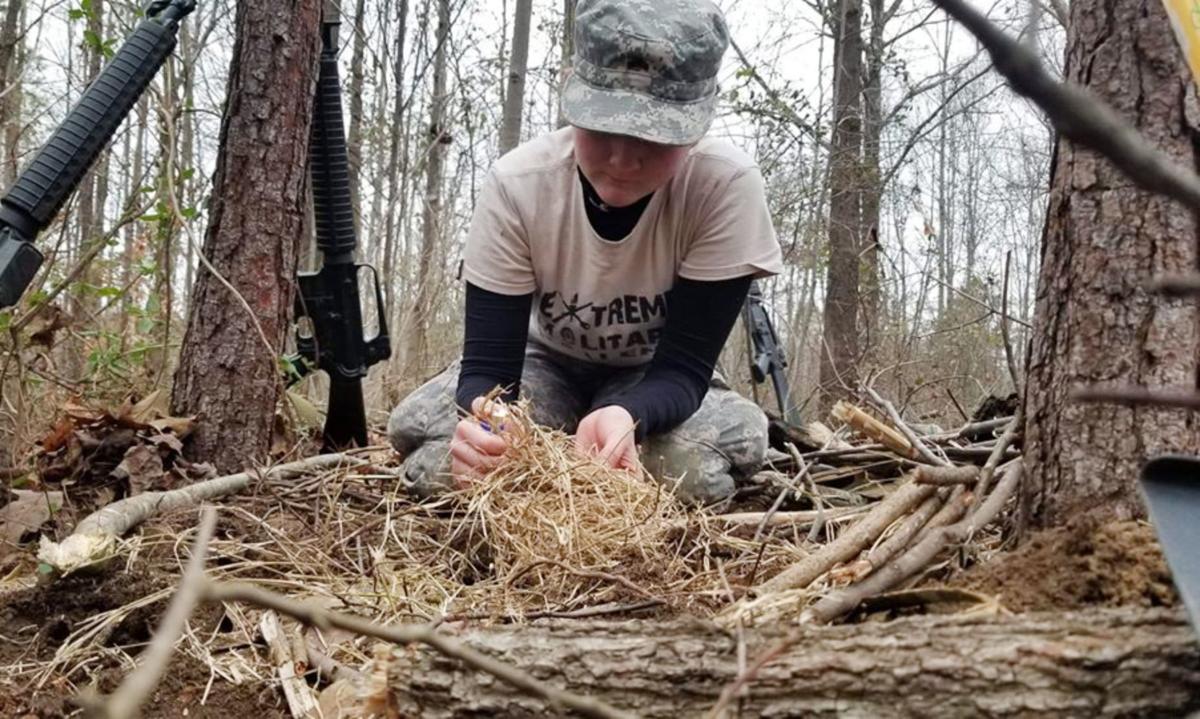 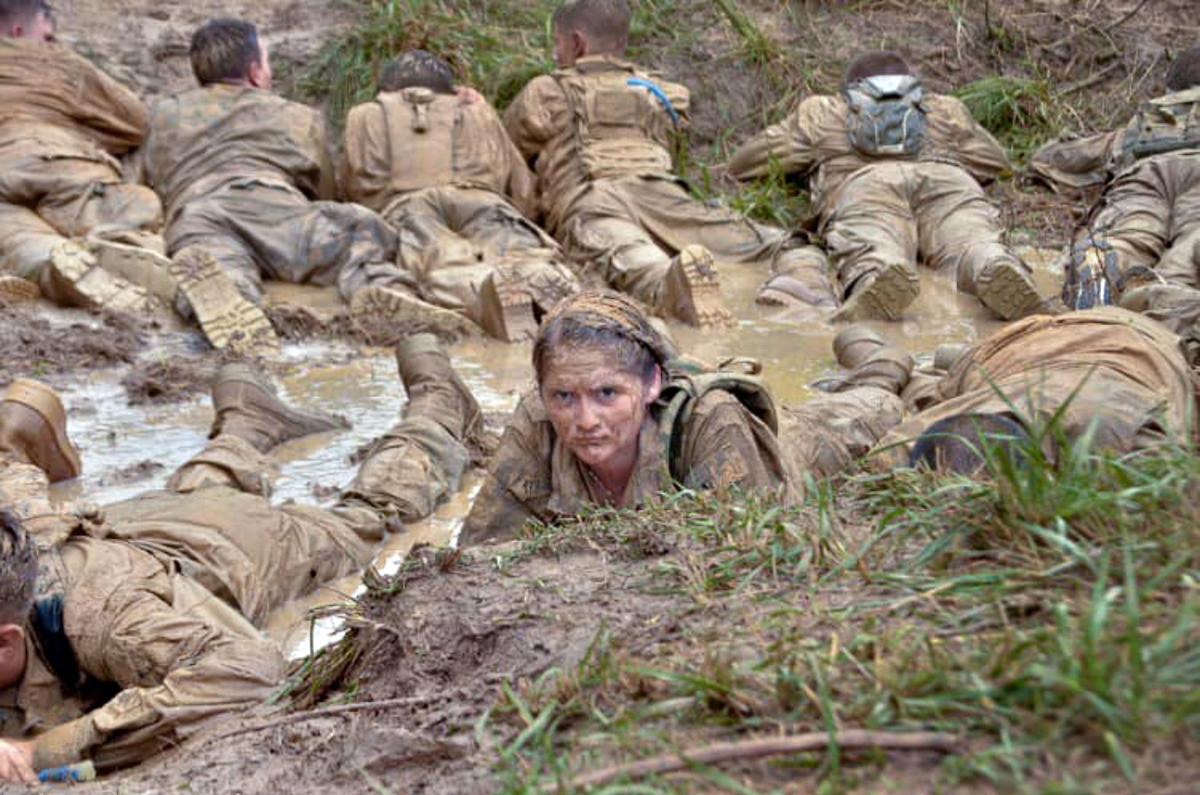 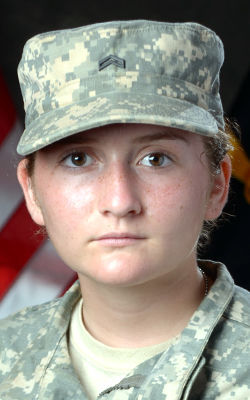 Few teenagers know as certainly as Kendra Finfrock what they want to do in life.

The 15-year-old Evansville High School freshman has a passion for the military and wants to join the U.S. Army.

The private camp is not affiliated with the U.S. Department of Defense.

“She said she wanted to go,” Finfrock’s mother, Kristie Rogers, remembers. “But the minimum age was 13.”

Finfrock waited another year to sign up for cadet basic training during summer vacation.

“I wanted to do something for myself other than just sit around that summer,” Finfrock recalls.

In the two-week introduction to military life, Finfrock experienced marksmanship, self-defense and water-survival training as well as rappelling and obstacle courses.

At the end, she took part in a formal graduation ceremony.

During the last two years, Finfrock has been at the camp a total of 10 weeks when she was on break from school.

She plans to return to camp during spring break to volunteer and again this summer to attend phase two of cadet ranger school.

The camp offers programs that progressively get harder.

“About 55 percent of those in the program will wash out in the first four days,” he said. “They really have to have a lot of fight and drive to make it through the program. It teaches the ability to overcome challenges.”

Land started the school, which is going on its seventh year in Alabama, because of his own personal experience with a military camp when he was a youth.

“I had been a cadet as a young man in the Chicago area,” he said. “It had a profound impact on me and who I became in life. My days of service are very important to me and are core to my mission, my values and my integrity.”

He believes young people need to know what they are capable of doing.

He doesn’t care if they join the military.

“That is not necessarily my objective,” Land said. “I tell parents all the time, if your youngster can get through my drill instructors, they can get through a college admissions office or an HR director. If they can conquer my obstacle course, they can deal with the first time they have a flat tire and a crying baby in the back seat. It’s about finding your inner strength.”

About 63% of those who attend Extreme Military Challenge go on to serve in the military or as first responders.

“These are unique young people,” Land said. “They are our nation’s future in many ways.”

Most of the instructors are military vets and retirees.

Land said there are two reasons why he would remember a cadet.

She was promoted to sergeant in the recent winter program.

“Less than 10 percent of our cadets make sergeant,” Land explained. “The rank is determined by experience, number of weeks of training and natural leadership ability. For her to be identified as a natural leader, despite her age, sets her apart.”

“She’s fun, but serious at the right time,” Land said.

“She’s still a kid but, when she is in uniform, she carries herself as a reflection of the men and women who wear the uniform around the world.”

The cost to attend Camp Liberty varies depending on the program and the length of stay. The basic two-week training course begins at $2,100, and a five-week program is priced at $4,850 on the camp’s website.

Finfrock’s mom said the money is worth it.

“When her dad and I look at the bigger picture of what she wants to do in the future, it is money well spent,” Rogers said.

She takes into consideration the experiences and the people Finfrock meets through the program.

“In October of 2018, Kendra got to meet the Secretary of the Army,” Rogers said. “Just being around those people and seeing how they interact give her the confidence of how to act, how to talk and how to carry herself. There are so many who have made a difference in Kendra’s life.”

Since she was a child, Finfrock was aware that her father, Kristian Finfrock, served in the U.S. Army.

“That wasn’t necessarily what made me want to go into the military, but it was a factor,” Finfrock said. “I am motivated to do something to protect my country and the people in it. I am motivated because I am a female, and there aren’t as many females as males in the Army. I want to be one of those females to help change that.”

Finfrock said she always has been a student who worked hard for her grades.

But programming at Extreme Military Challenge has taught her to push herself harder.

“It has taught me to pay more attention in class and to be more respectful of the teachers,” Finfrock said. “It’s a great experience that teaches you important things not only in service but in daily life.”