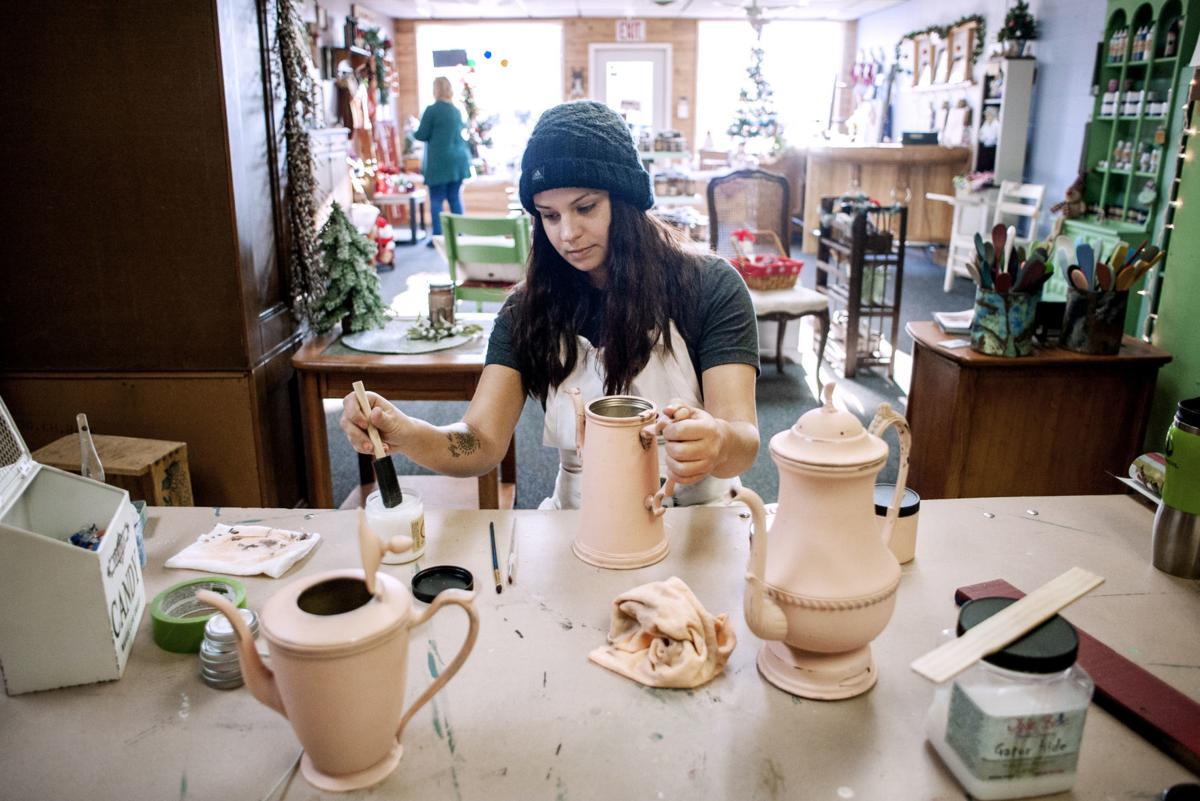 Cara Tracy paints home decorations Saturday at Molly’s Creations, a home decor store that has been operating in downtown Orfordville for a year and a half. Village leaders say they’re feeling good about the health of their downtown these days. 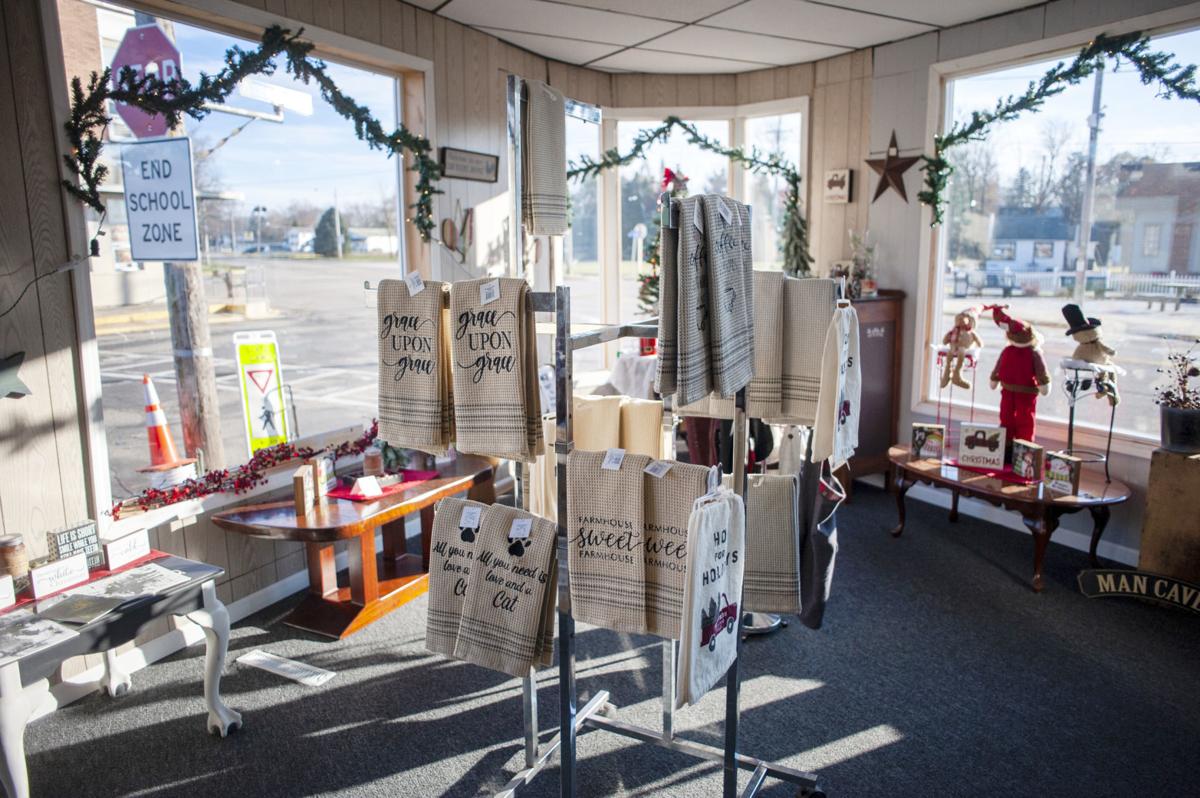 Molly's Creations in downtown Orfordville sells home decor items. It's one of several newer businesses that have filled the downtown area. 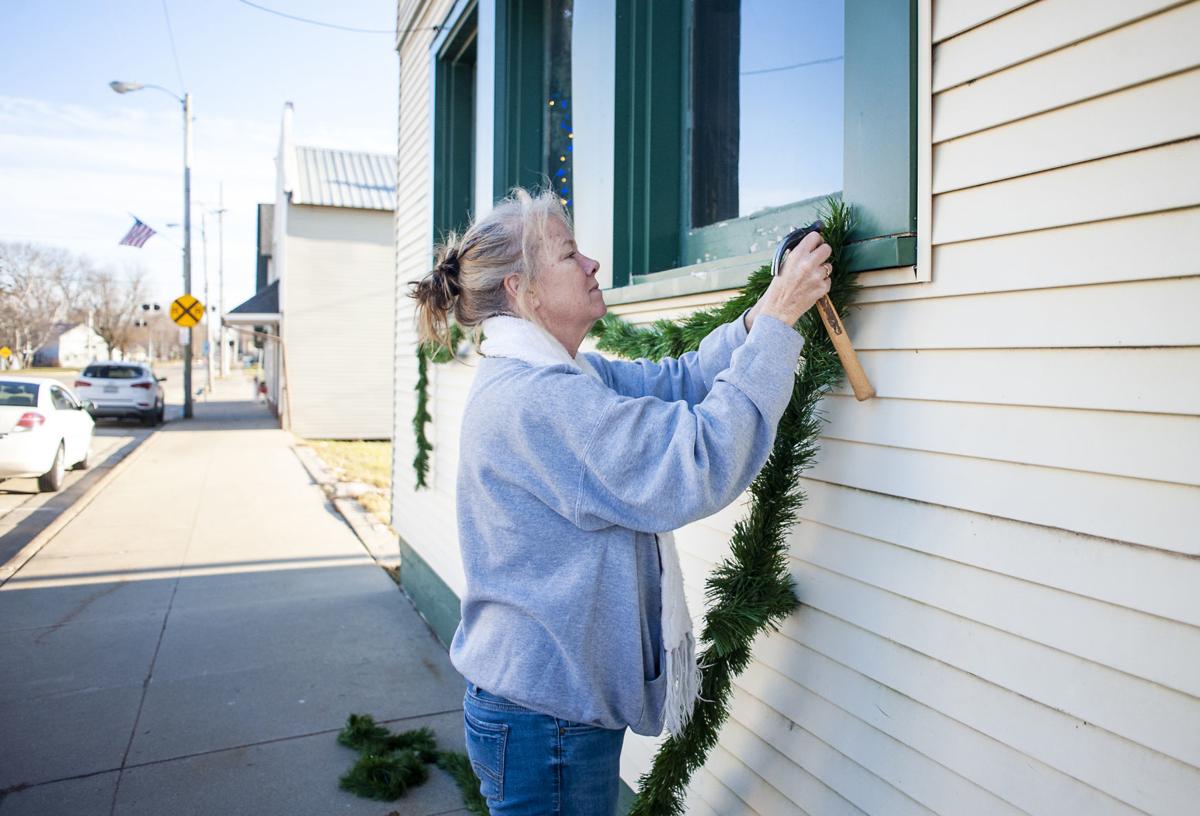 Tamara Hahn, owner of Gramma Habba’s Vintage Treasures, hangs up holiday decorations on her storefront Saturday in downtown Orfordville. She said she’s been in this location for one year and has seen business increase with other new developments downtown. 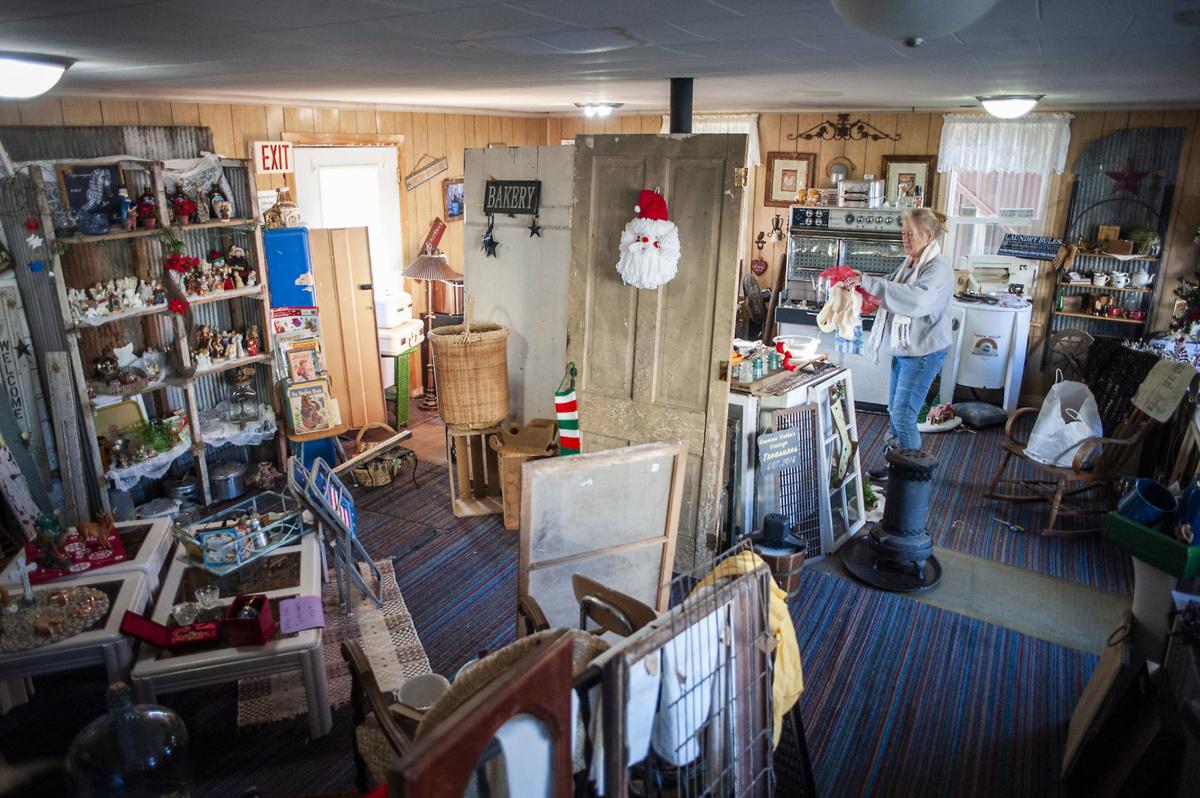 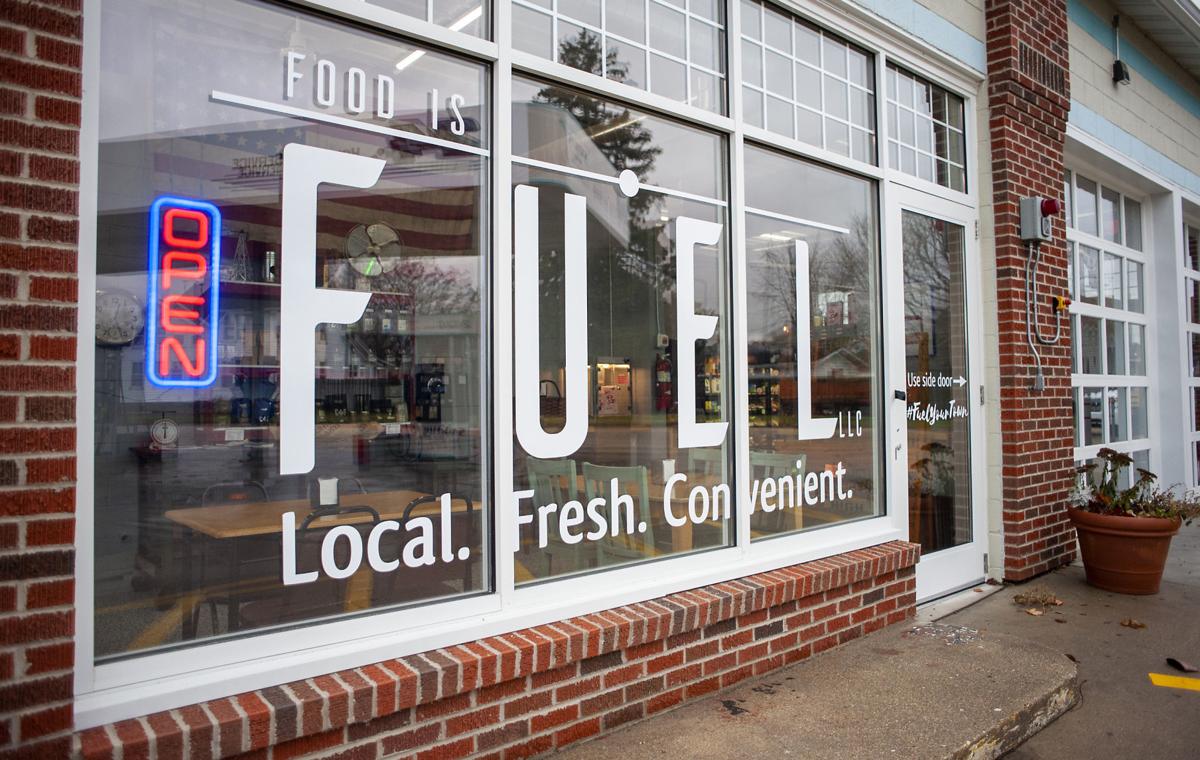 Food is Fuel, the newest business in downtown Orfordville, opened in July and serves sandwiches, ice cream and other edibles. The restaurant also sells a few grocery items. 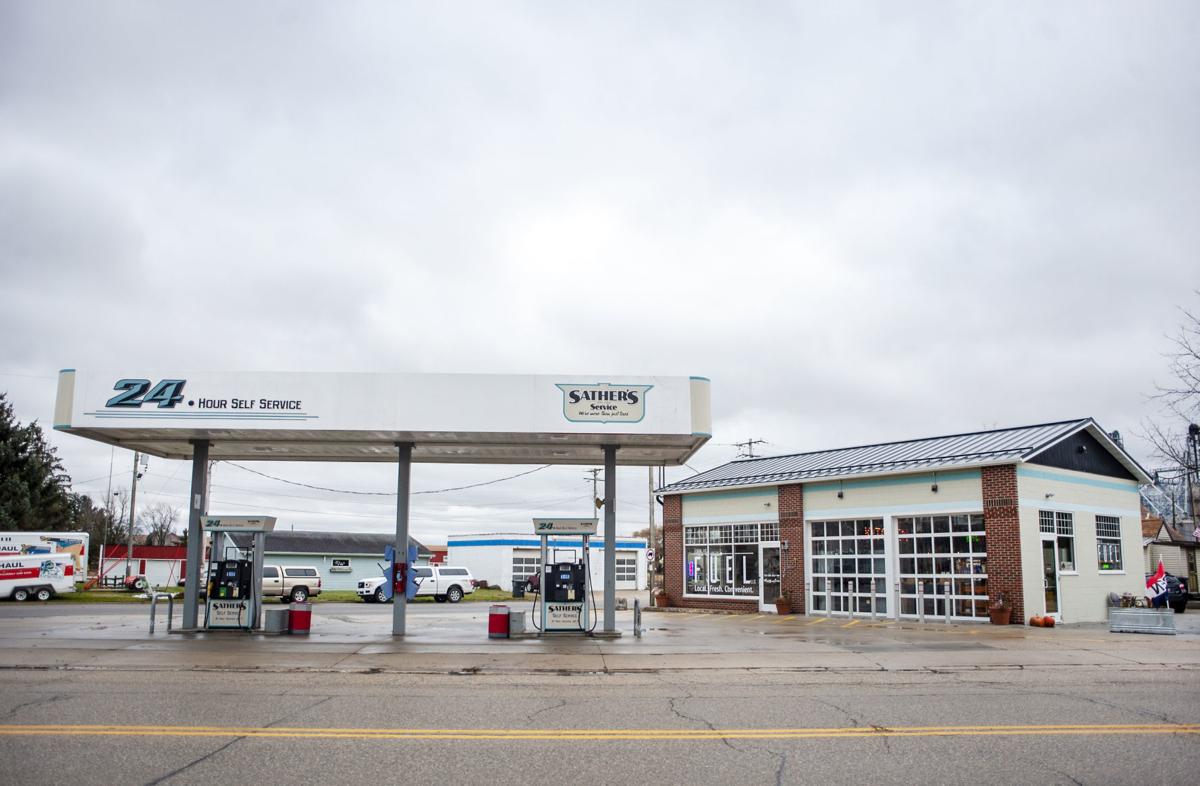 Food is Fuel, the newest business in downtown Orfordville, is connected to a gas station. 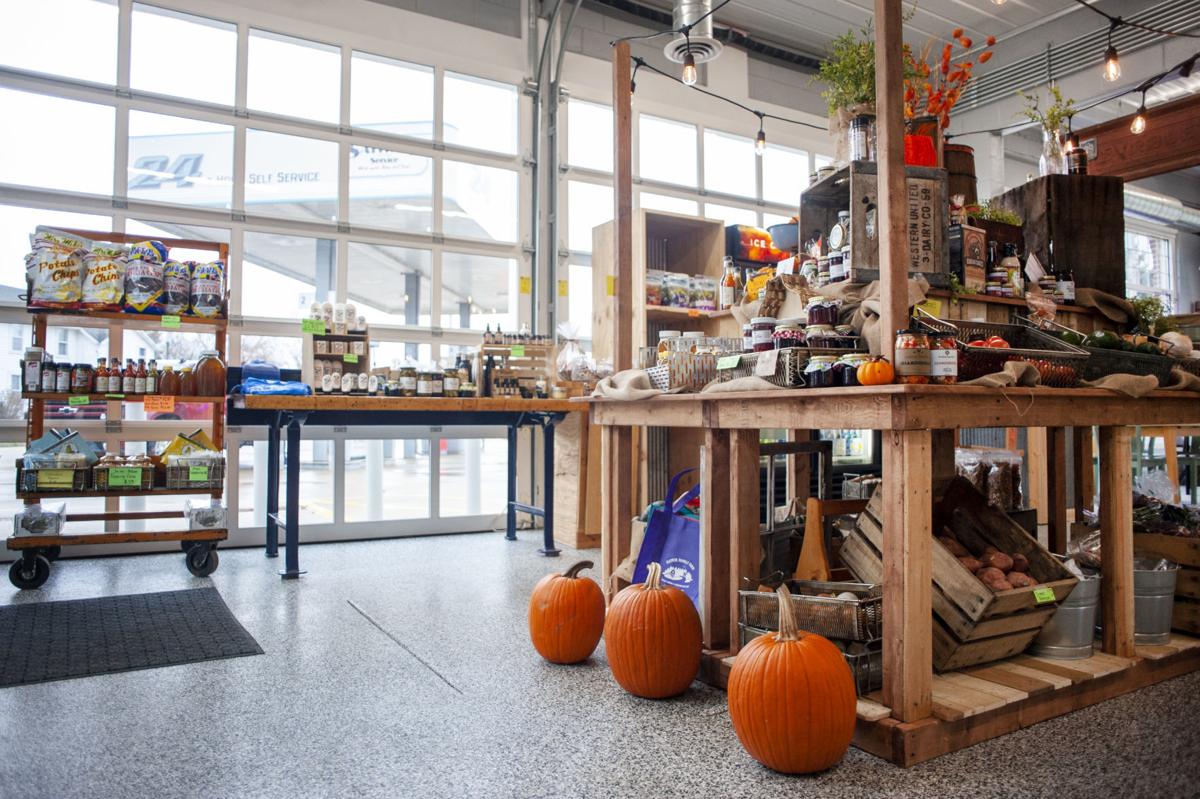 The inside of Food is Fuel, an Orfordville restaurant that opened in July, shows seasonal items on display. 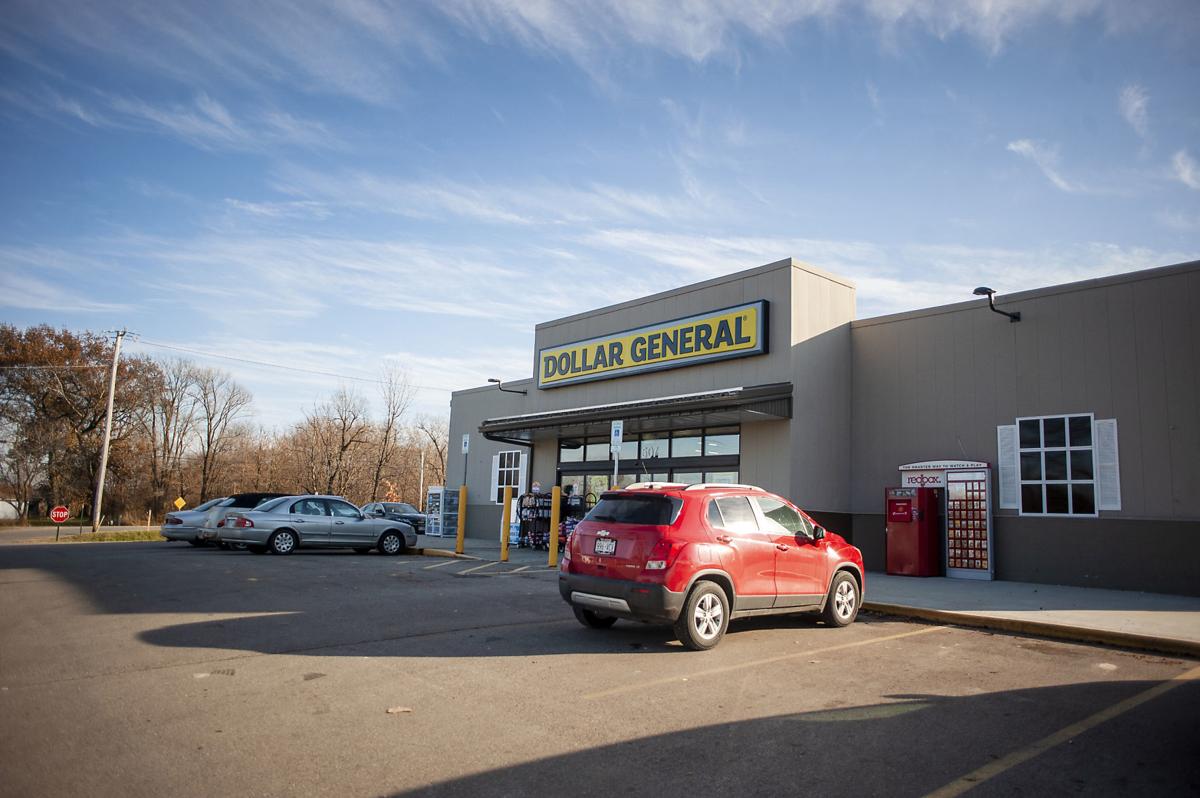 Orfordville has added restaurants, a coffee shop, a Dollar General, an auto repair shop, a photography business and more in the last two years, village board member Beth Schmidt says. Residents can get grocery items at Dollar General along with other essentials. 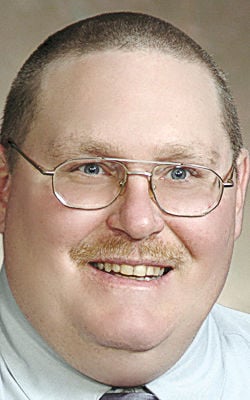 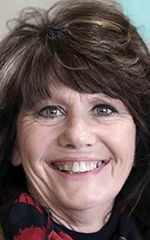 Gary Phillips broke out in a grin and shook his head when asked if he imagined downtown Orfordville would grow the way it has in the last five years.

“No way,” the Orfordville Village Board president said with a chuckle, spitting tobacco juice into a plastic soda bottle.

The pounding of a hammer echoed outside as he talked, and men with tool belts strapped to their waists listened to country music as they surveyed the building.

It’s a scene that many in this village of just less than 1,500 people have welcomed.

“I definitely didn’t see the progress coming this fast,” Phillips said. “It’s a fun time right now in Orfordville. You can really see things coming along.”

When Phillips first joined the village board nearly six years ago, growth didn’t seem possible. He suggested the city create an economic development committee, and he helped get it going.

Since 2017, the face of downtown has changed. After years of empty or unmanaged storefronts, most downtown buildings have been renovated and are open for business. A chamber of commerce was created last year to help local businesses.

Village board member Beth Schmidt serves on the economic development committee and the planning commission. She said Orfordville has added restaurants, a coffee shop, a Dollar General, an auto repair shop, a photography business and more in the last two years.

“We offered up some incentives for downtown businesses,” Schmidt said. “There’s no more empty storefronts. It kind of is surreal when I sit down and think about it.”

The push for a redeveloped downtown isn’t a recent phenomenon. A community survey 30 years ago showed improving the downtown was a priority for residents.

Another survey 10 years later echoed that sentiment, and the latest survey five years ago asked for the same three things: a library, grocery store and a new downtown.

Residents eventually got their library, and Dollar General serves as the local grocery store. With the new shine on downtown, residents are finally checking all the boxes.

“Those three things will not pop up if we do a new survey because all those needs are filled,” Schmidt said. “The community feel is amazing. There’s just a lot of good things happening here.”

Phillips said a lot of the growth has been sparked by new residents. The Orfordville of the past had an aging population, but recent homebuyers have been young families.

Two village board members elected in April have lived in the area less than two years, Phillips said. A number of residents also have asked how they can help—something Phillips sees as a sign people want to work together.

“In the last three years, there’s a lot more people out walking than before, and I think a lot of that is those new residents,” he said. “They seem to want to have an active role in this community.

“They’re coming to town, and they’re wanting to pitch in and help.”

The village has encouraged that help with efforts such as “Adopt a Pot,” which lets residents buy flower pots with their names on them for the downtown area. In the future, Phillips hopes to add more flowers on downtown curbs and streets.

“You’ve got to be creative,” he said. “Downtown almost has to have a niche market. It’s got to be outside the box, and with some time, we can get there.”

The ideas might seem small, but he thinks they make a big difference.

“Is it a big deal? I think it is, and I would hope that the residents do, too. When you go into a village and you look around, you notice whether or not it’s upkept,” he said.

“We’re trying to keep the village well-kept, so when people do come into town they want to stop, drive around and—what the heck—maybe buy a house in town.”

In December, the village will have all new faces in the public works department, compared to a year ago. Phillips believes this will give the community a chance to create an identity as a place that prides itself on appearance and togetherness.

The public works director will focus more on parks in the next year.

“When you think of Orfordville, there’s no real identity, so we’re trying to create an identity,” he said.

Orfordville’s next task is adding residential to match the business development, officials said. The village is currently working with landowners to buy and develop residential lots.

Village officials also want to focus on selling the open lots in the business park. The asking price: $10,000 apiece.

Schmidt said the village could consider buying more property for the business park.

“It’s really cool to think we’re full downtown … but that we now can focus on residential and business park growth. We want to retain business, too,” she said.

Jason Nehls owns nearly half of the downtown buildings and runs three businesses in Orfordville.

He’s happy to see the recent growth, and he sees more in the future.

“I think it came together pretty quickly thanks to a lot of different people,” said Nehls, who opened his first business in 1996.

“We’ve still got a long way to go to fill some holes. You can only add so many businesses when you only have so many spots. I’d like to … get some more retail and some more housing down there.”

In the next year or so, Nehls hopes to build a three-story building on an empty lot downtown. Part of the building will be dedicated to residential space.

While the village continues to figure out the best ways to attract visitors, residents can enjoy the progress, Phillips said.

“I think we’re headed in a much more shopper-friendly environment. We’re trying to create a destination for people to come to,” he said.

“We welcome people. There’s been a lot of investment here, and we’re proud of it. We want people to come to Orfordville to eat, play and stay.”