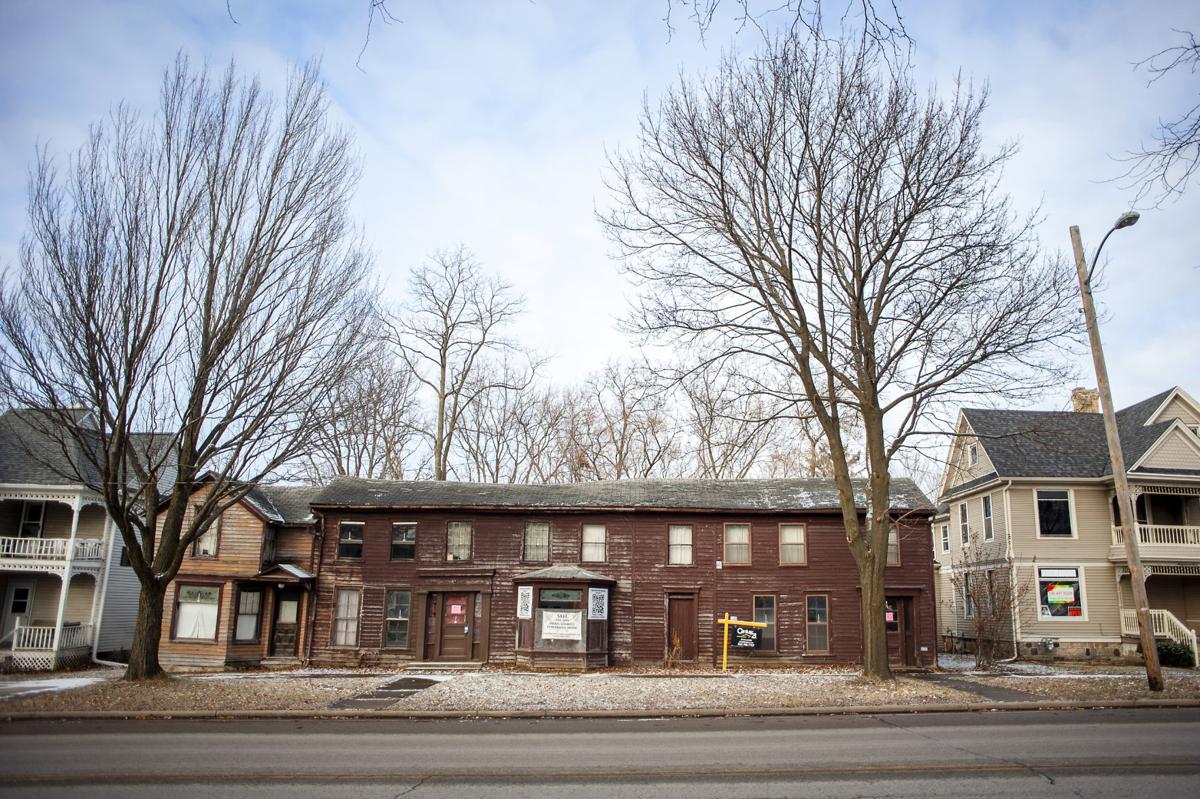 The Israel Stowell Temperance House, built in 1840, was the center of Delavan in the community’s early years. The city council will decide on a raze order for the property at its meeting today. 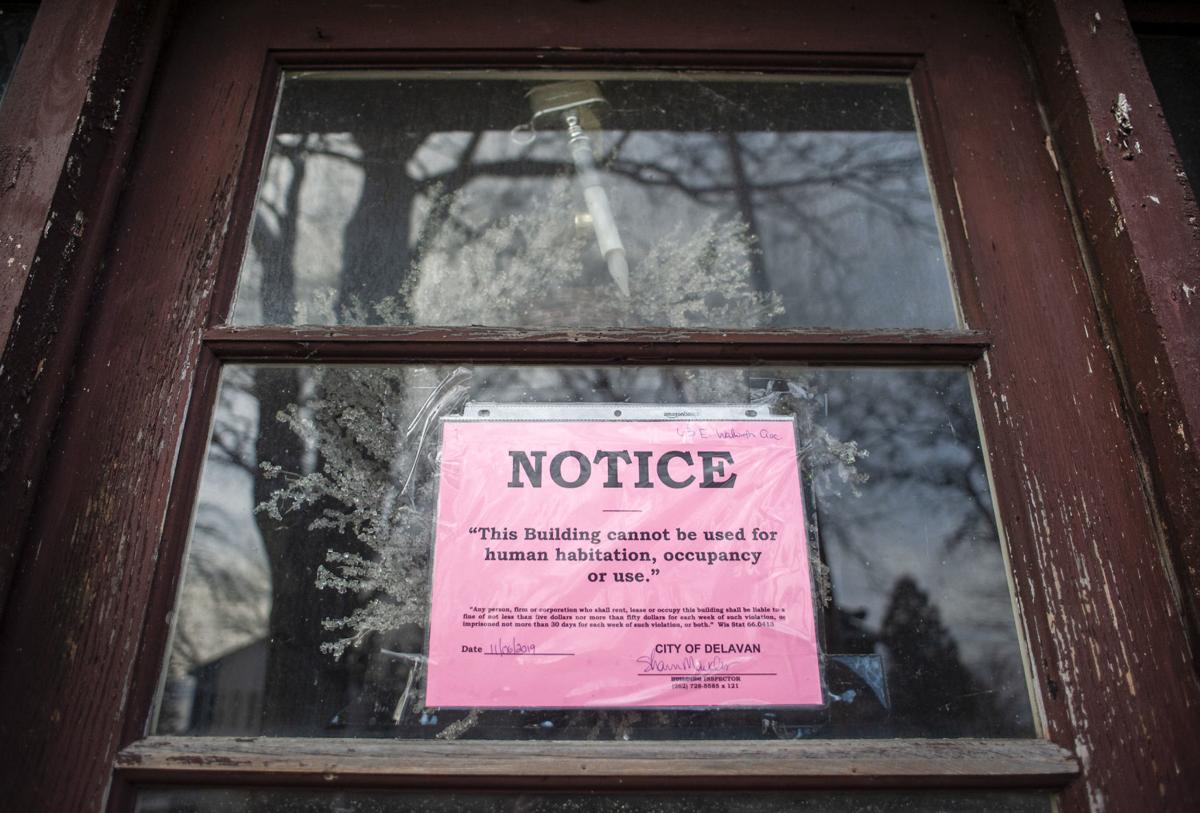 A sign hangs on a door of the Israel Stowell Temperance House on Monday, Dec. 16, 2019, in Delavan. 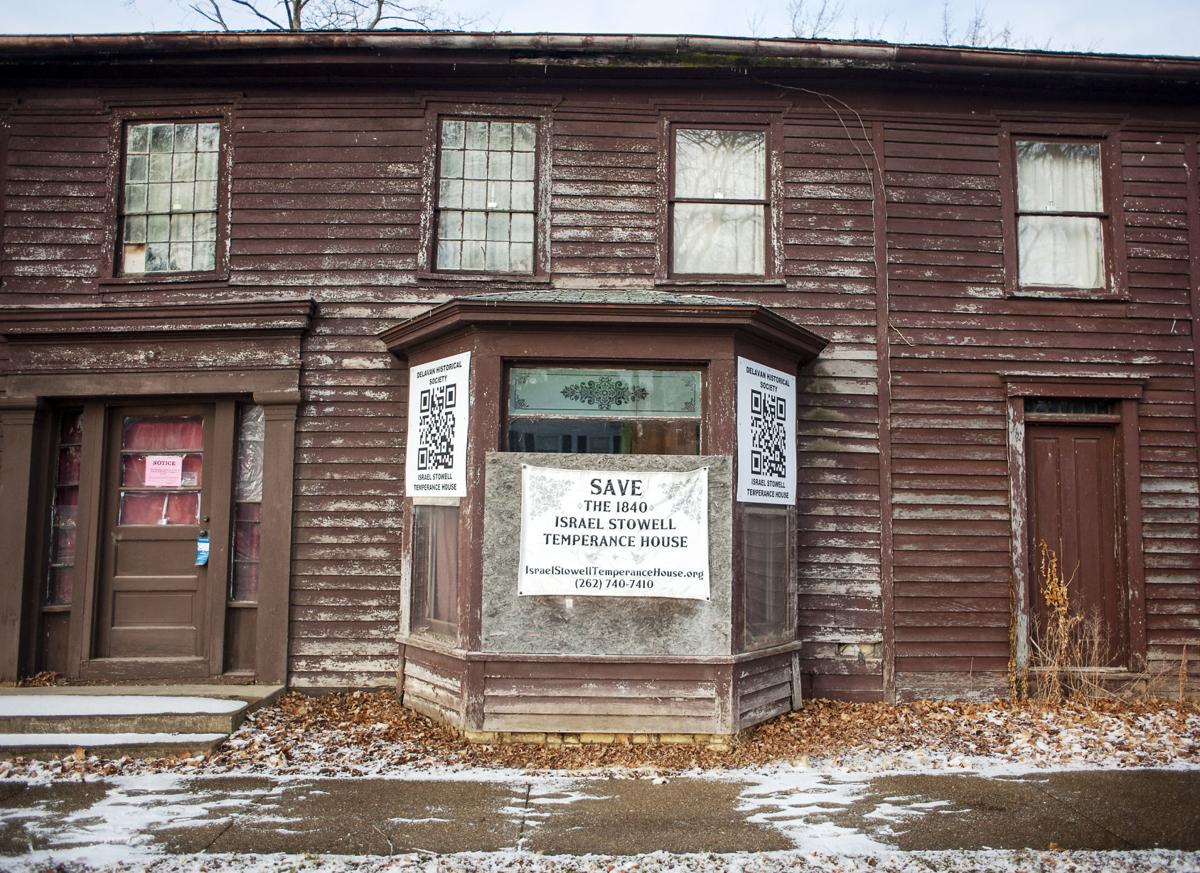 Signs hang on the front of the Israel Stowell Temperance House on Dec. 16 in Delavan. The historical society is still looking for a buyer to save the deteriorating structure. The most recent prospective buyer has backed out, citing costly repairs the structure needs.

After nine years of fundraisers, donations and pleas for help, the effort to save the Israel Stowell Temperance House in Delavan might be running out of time.

The Delavan City Council will consider approving a raze order for the building, 63 E. Walworth St., when it meets today.

“We don’t want to see it torn down, but it might just be at that point,” Mayor Mel Nieuwenhuis said.

Delavan was created as a temperance colony—a Christian community that outlawed alcohol—around 1836. The Israel Stowell Temperance House opened its doors as a meeting place and hotel in June 1840.

The building is the city’s oldest and is the last known surviving temperance house in Wisconsin.

A resident donated the building to the historical society in 2010, hoping the society could save it. The organization embarked on numerous fundraising efforts, but none of them earned enough money to fix the property.

Nieuwenhuis said the empty building is an “eyesore” without water or heat, and the city has received numerous complaints about it.

The building needs nearly $1 million in repairs to be fully functional, he said.

Patti Marsicano of the Delavan Historical Society said the society doesn’t have the money to make the necessary repairs, which would be a condition of the raze order to keep the building.

“It’s hard to lose a piece of history being that it’s the only temperance house left, but the building is just so run down that it’s going to be difficult to raise that kind of money to save it,” Nieuwenhuis said.

The historical society looked at the possibility of razing two additions to the building and keeping the original structure, but that would cost $300,000 to $400,000.

As of earlier this month, there were no offers to buy the property, Nieuwenhuis said.

Marsicano said the historical society lowered the price to $99,900 last weekend in hopes of finding a last-minute buyer.

“In a way, this building, even though it’s not the most beautiful building and it’s a wonky little thing … it’s almost like a birth certificate,” Marsicano said. “This is the way Delavan was founded. This is how it was born.”

The council sees demolition as a last resort, Nieuwenhuis said, and even if the raze order is issued, there’s no guarantee that the building will be demolished in the next few months.

But the council wants to do something after nine years of waiting.

Marsicano is crossing her fingers that a buyer will bite on the lower price.

“We still have hope that someone will come along that might have the capability to find a way to save it.”

A potential buyer for the historic Israel Stowell Temperance House has backed out because of costly repairs the building needs, increasing the likelihood that the structure will be razed.