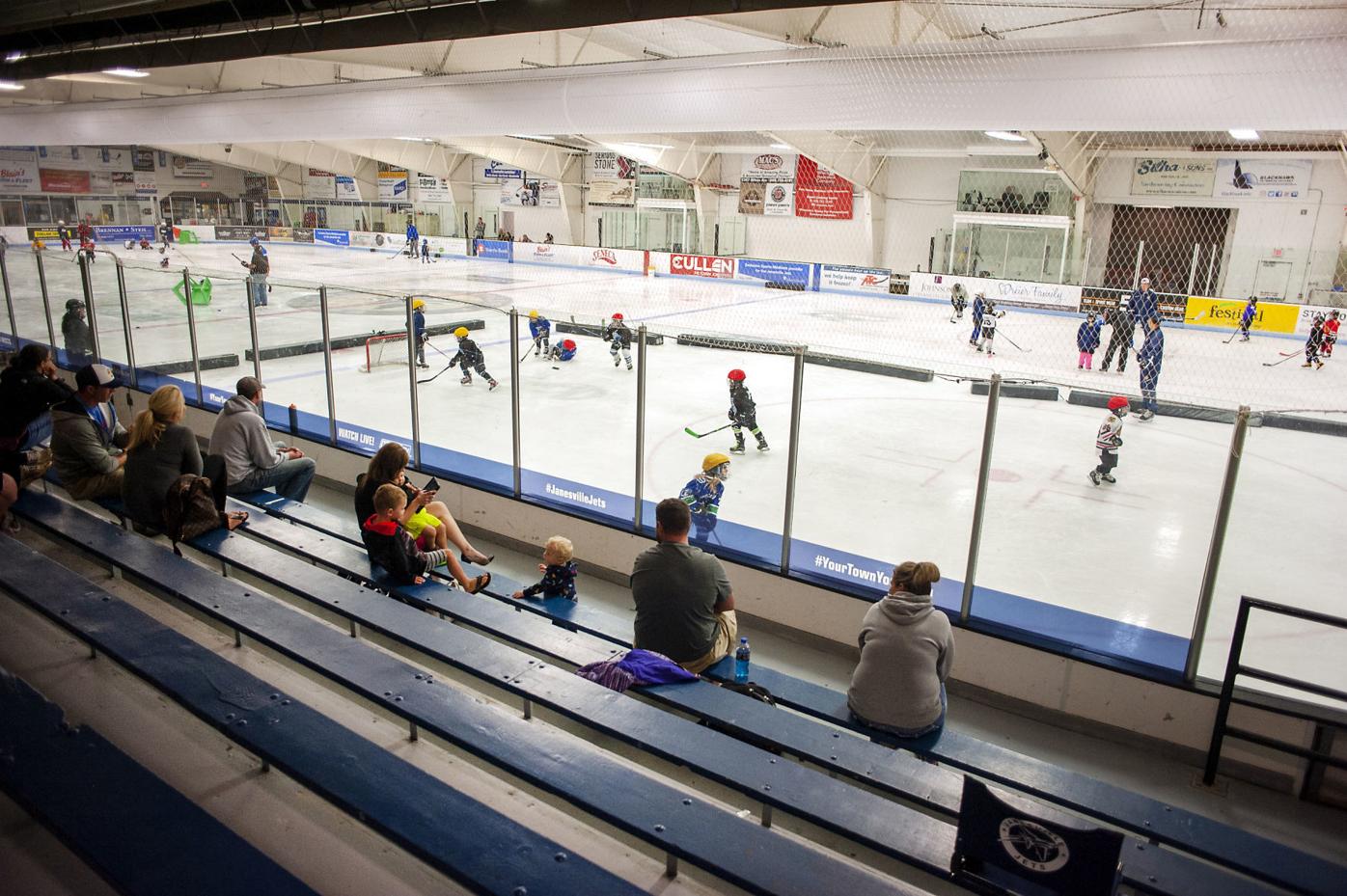 Families of the children practicing hockey sit in the stands Aug. 14 at the Janesville Ice Arena. 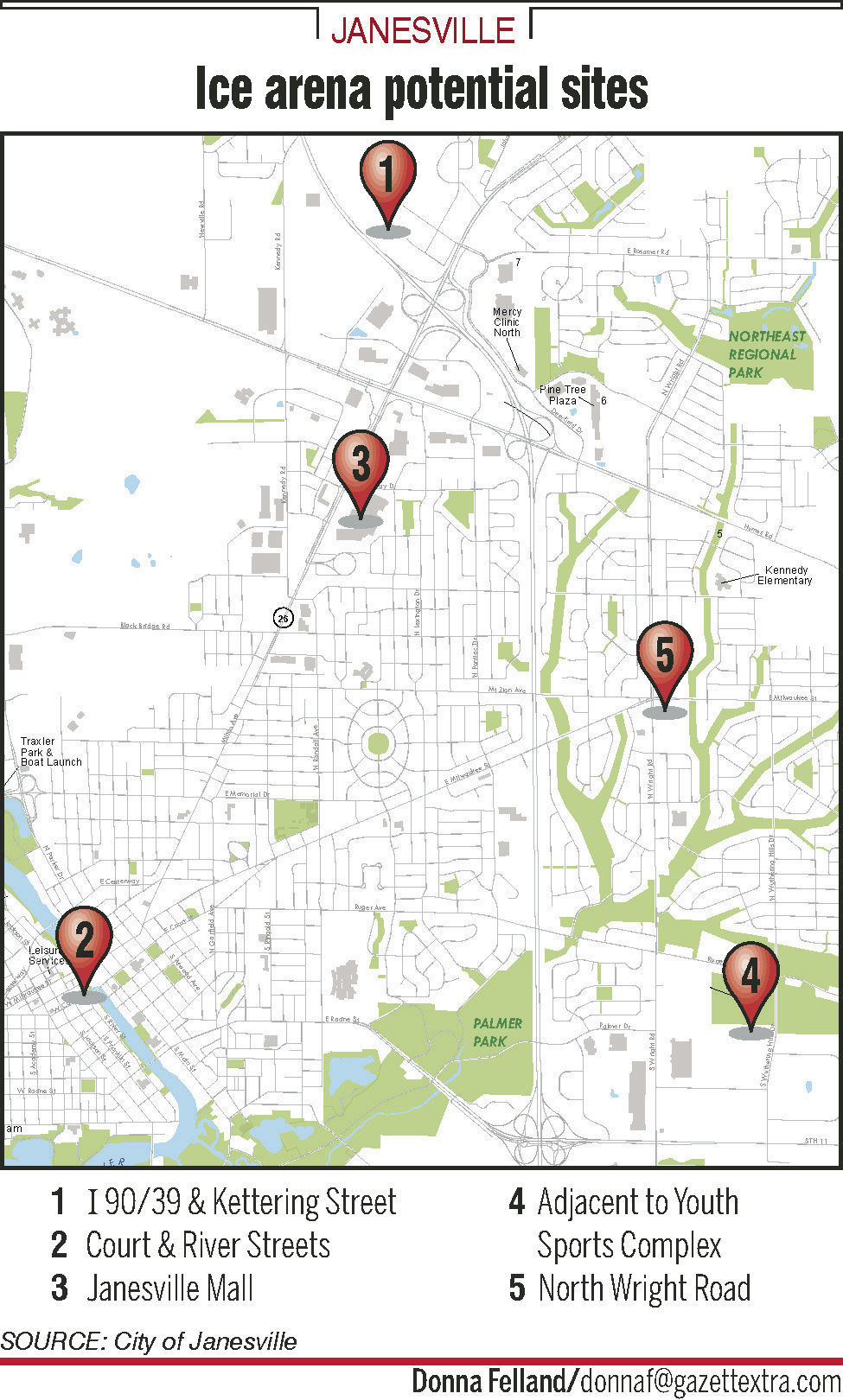 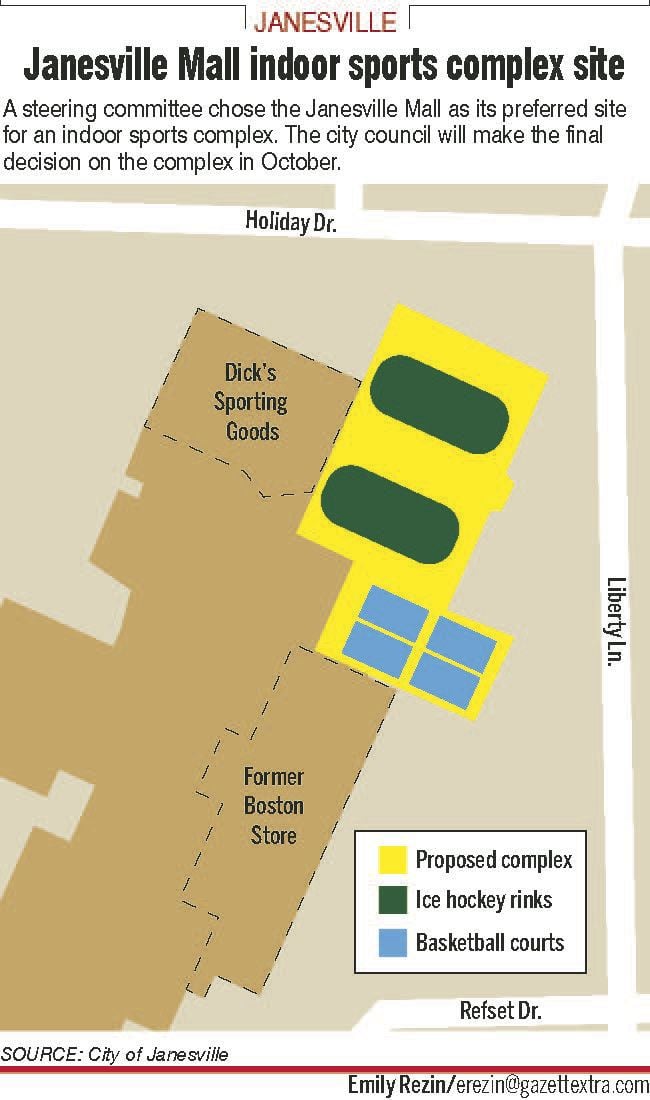 If Janesville builds an indoor sports complex, it should be attached to the Janesville Mall, a city committee recommended Thursday.

Committee members unanimously chose the mall site. They chose the vacant lot near the Youth Sports Complex as a secondary choice.

Perkins & Will of Chicago was hired to create conceptual designs and provide cost estimates for each of the five locations.

The complex is slated to include:

The study from Perkins & Will estimates the mall would be the least expensive option at $33 million. The most expensive would be the downtown site at a cost of $39.6 million to $58 million.

The complex would be built at the site of the former JCPenney Store, which would be demolished.

Pros of the mall site include adaptive reuse of existing mall property, minimized site development and parking costs, access to outside retail services and established traffic patterns, according to the study.

Cons include inefficient parking and demolition, according to the study.

Committee member and city council member Paul Benson said he spoke to mall leadership Thursday and learned the mall would sell the JCPenney site to the city for $1.

Mall officials are willing to be flexible with the city on most aspects of the project, except time. Officials want a commitment to the space by the end of the year, Benson said.

According to a news report from WTOK in Mississippi, Hype Indoor Adventures will include go-karts, trampolines, batting cages, ax-throwing and other activities. It will be located at the mall’s former Sears building.

The committee Thursday listened to a presentation from Brandon Dowling of Johnson Consulting on a business plan draft detailing projected economic impact and operating costs for the complex.

Johnson Consulting based its business plan on the mall being chosen as the location.

Petruzzello said the city did not ask Johnson to assume the mall location as its model. The city asked the group to base its report on the site the consulting group thought would make the greatest economic impact on the community.

Rental rates for ice should increase from what is charged at the Janesville Ice Arena and be brought up to market rate, Dowling said.

Details on revenue sharing will be negotiated if the complex is built, McCoshen said. McCoshen, a member of the committee, supported the committee’s choice of the mall location.

What: Community forum to gauge public opinion on a proposed indoor sports complex.

In two weeks, James Lima, a New York City real estate and planning expert, will send a memo to the city with his opinions and recommendations about how an indoor sports complex might affect the city.