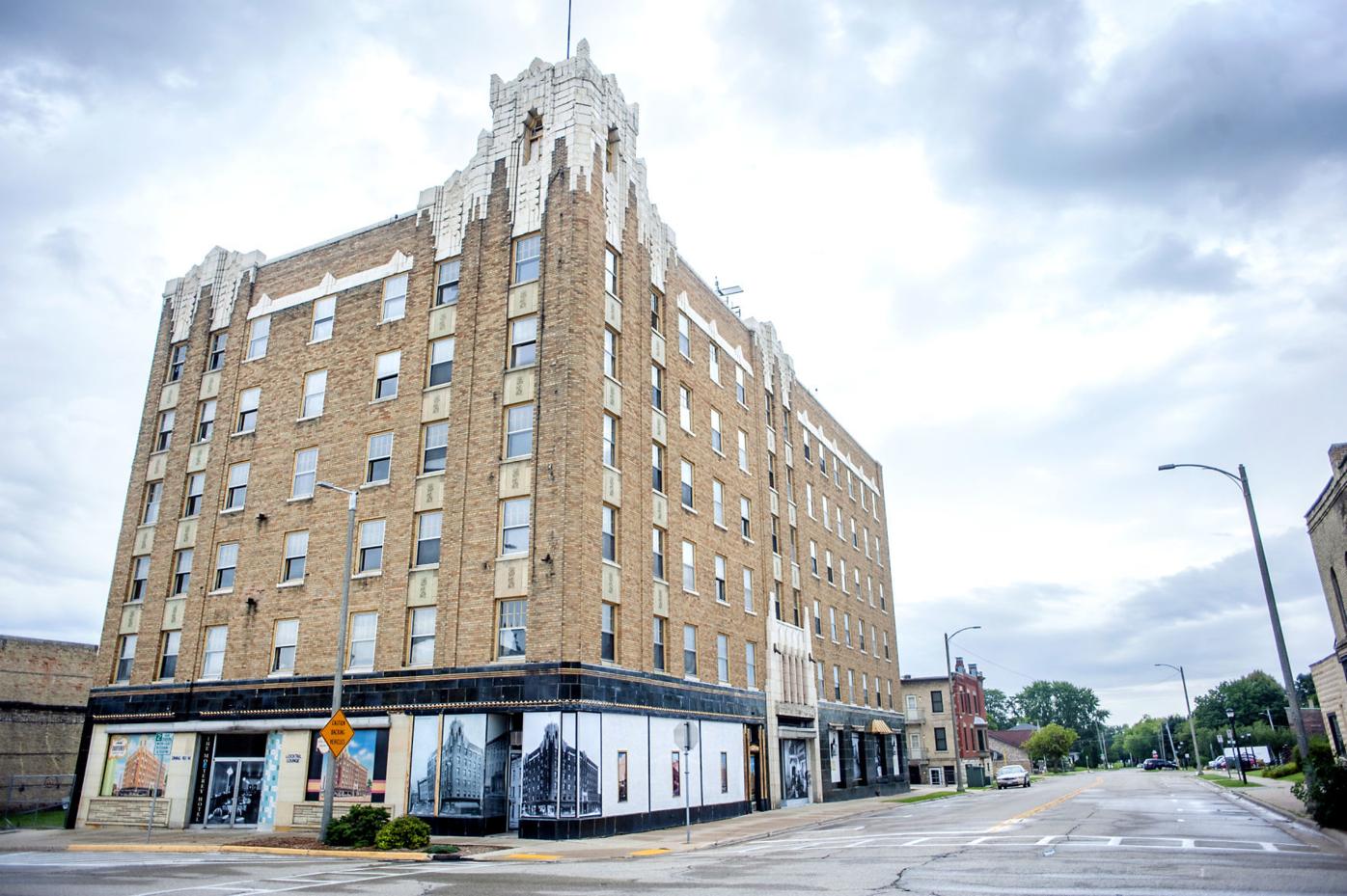 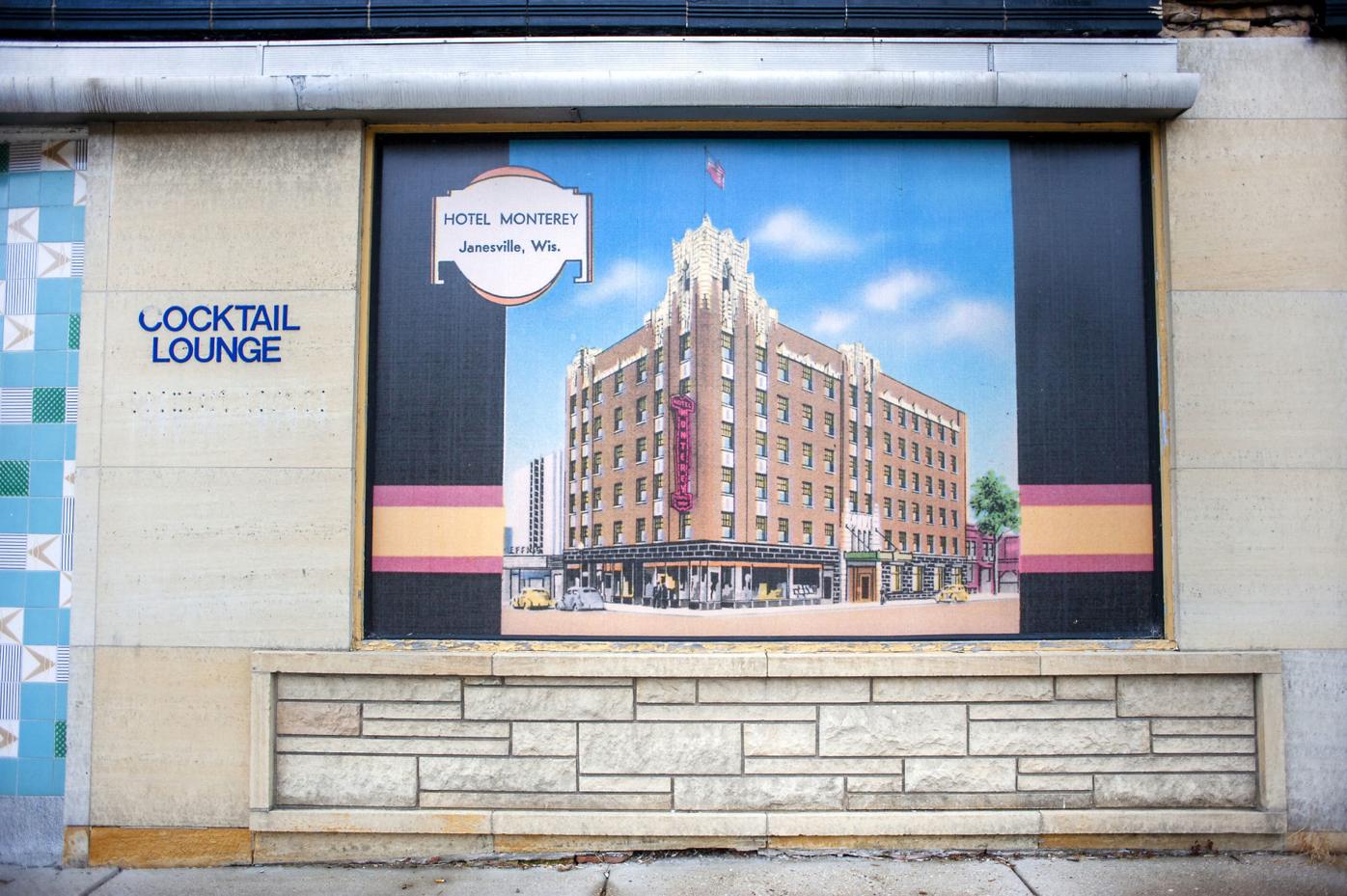 A historic image of the Monterey Hotel is displayed on the side of the now-vacant hotel Tuesday in downtown Janesville. Owner Jim Grafft and city officials said they hope to deter vandals with the historical photos. 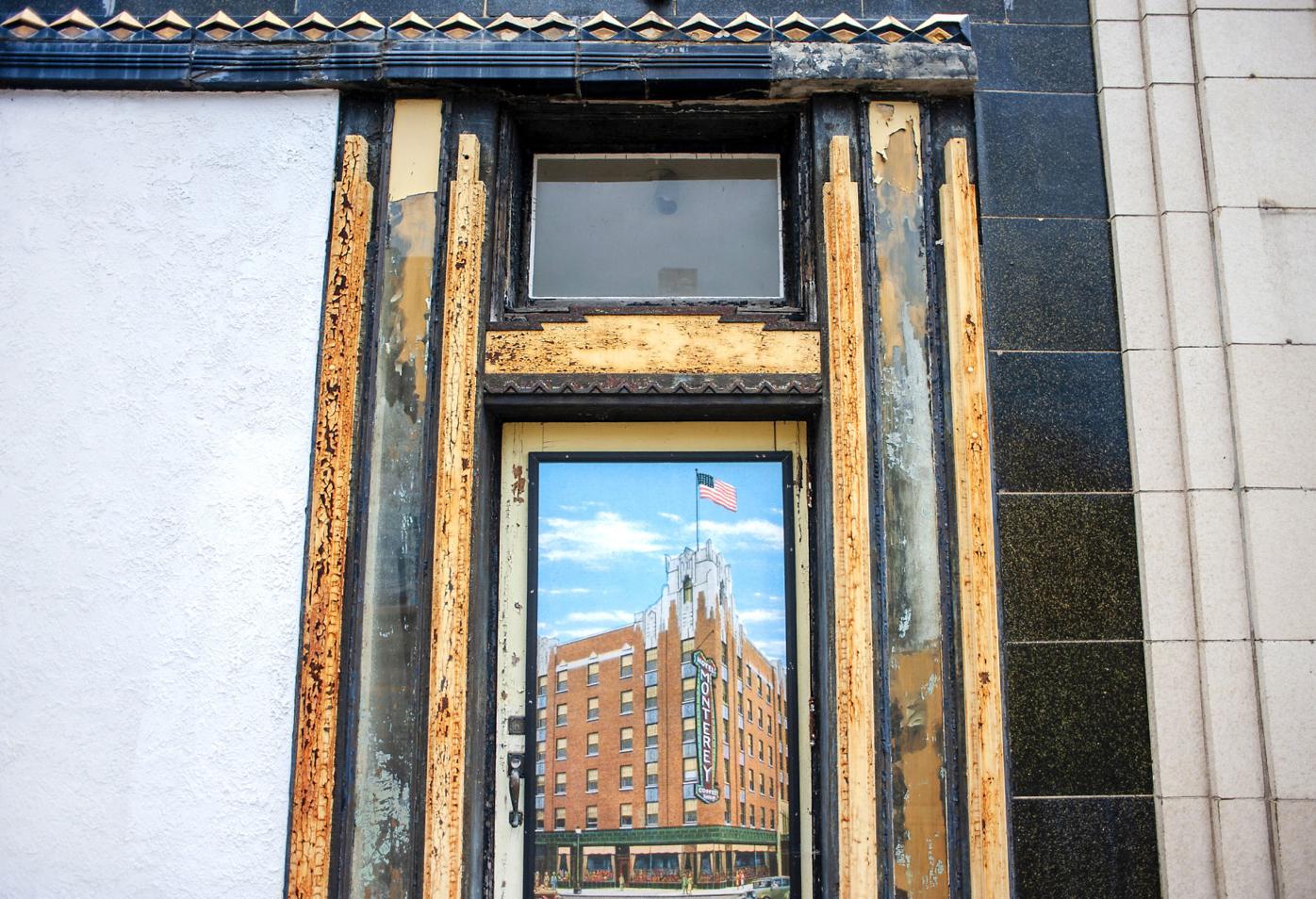 A historical photo of the Monterey Hotel is displayed on a door at the vacant hotel in downtown Janesville.

A historic image of the Monterey Hotel is displayed on the side of the now-vacant hotel Tuesday in downtown Janesville. Owner Jim Grafft and city officials said they hope to deter vandals with the historical photos.

A historical photo of the Monterey Hotel is displayed on a door at the vacant hotel in downtown Janesville.

The owner of the Monterey Hotel has made enough progress on repairs to the downtown hotel that the city will let him keep working through September.

Building Director Tom Clippert said building inspectors conducted a Friday inspection and found owner Jim Grafft has made progress on projects the city required him to finish this summer.

The progress was substantial enough for the city to allow Grafft to continue working. The city will inspect the building again Sept. 30, Clippert said.

The roof had been mostly fixed for months, but since the city’s last inspection, Grafft has patched the part of the roof that had been difficult to fix because of heavy rainfall, Clippert said.

To receive the permit, Grafft had to work with a civil engineer and architect to devise a plan for repair, Clippert said.

Grafft also wrapped windows and exterior doors on the first floor with historical photos, which he and city officials believe will deter vandalism, Clippert said.

Grafft and the city drew up a compliance agreement to fix dilapidated parts of the building in November.

The former hotel has been vacant for decades. Grafft bought it in 1996.

The compliance agreement eventually was reached after city officials issued a raze-or-repair order last September because of lingering safety concerns. Such an order forces property owners to make fixes or face demolition.

Clippert said the city is open to working with property owners after raze-or-repair orders are issued to prevent buildings from having to be torn down. Most property owners are receptive, he said.

In June, city officials offered Grafft more time for repairs after a May 31 deadline once they saw that he had made significant progress on the building.

Clippert said his job is to make sure the building is maintained and kept up to code so it can be redeveloped. He said he is unaware whether Grafft has plans for making the building functional.

The city is not financing any of the repairs, Clippert told The Gazette in June.

Grafft has touted plans to transform the former hotel into apartments, but he has butted heads with the city on how to handle parking.

The Monterey Hotel is in “substantial compliance” with a list of required repairs, city officials found during an inspection last week.