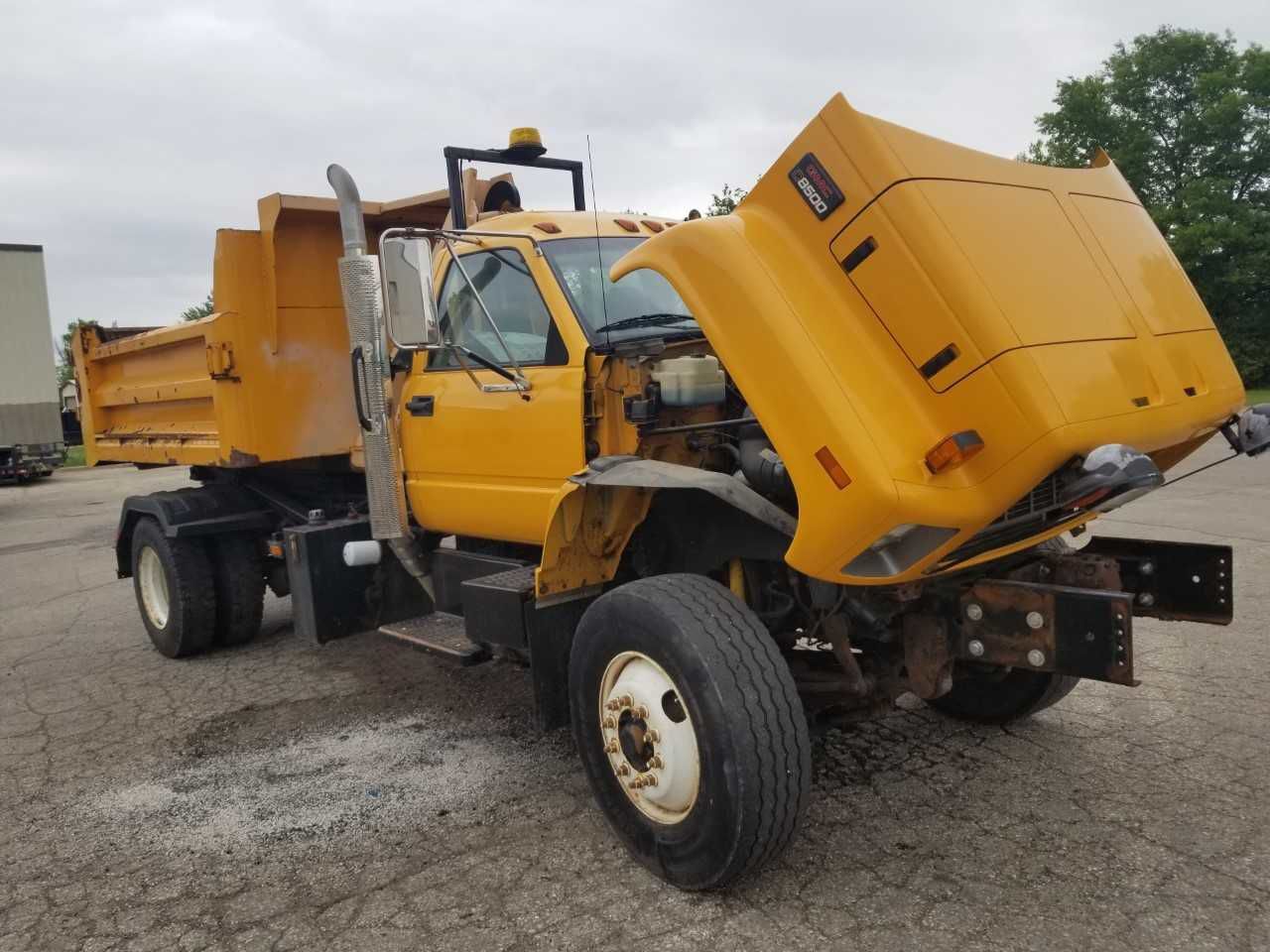 The city of Janesville is auctioning a 2002 GMC dump truck that was the last-ever big truck to roll off the Janesville General Motors Assembly plant's medium-duty truck line. It's got about 65,000 miles on it, and ran about 6,500 hours, most of the time as a blacktop truck used in city streets maintenance. 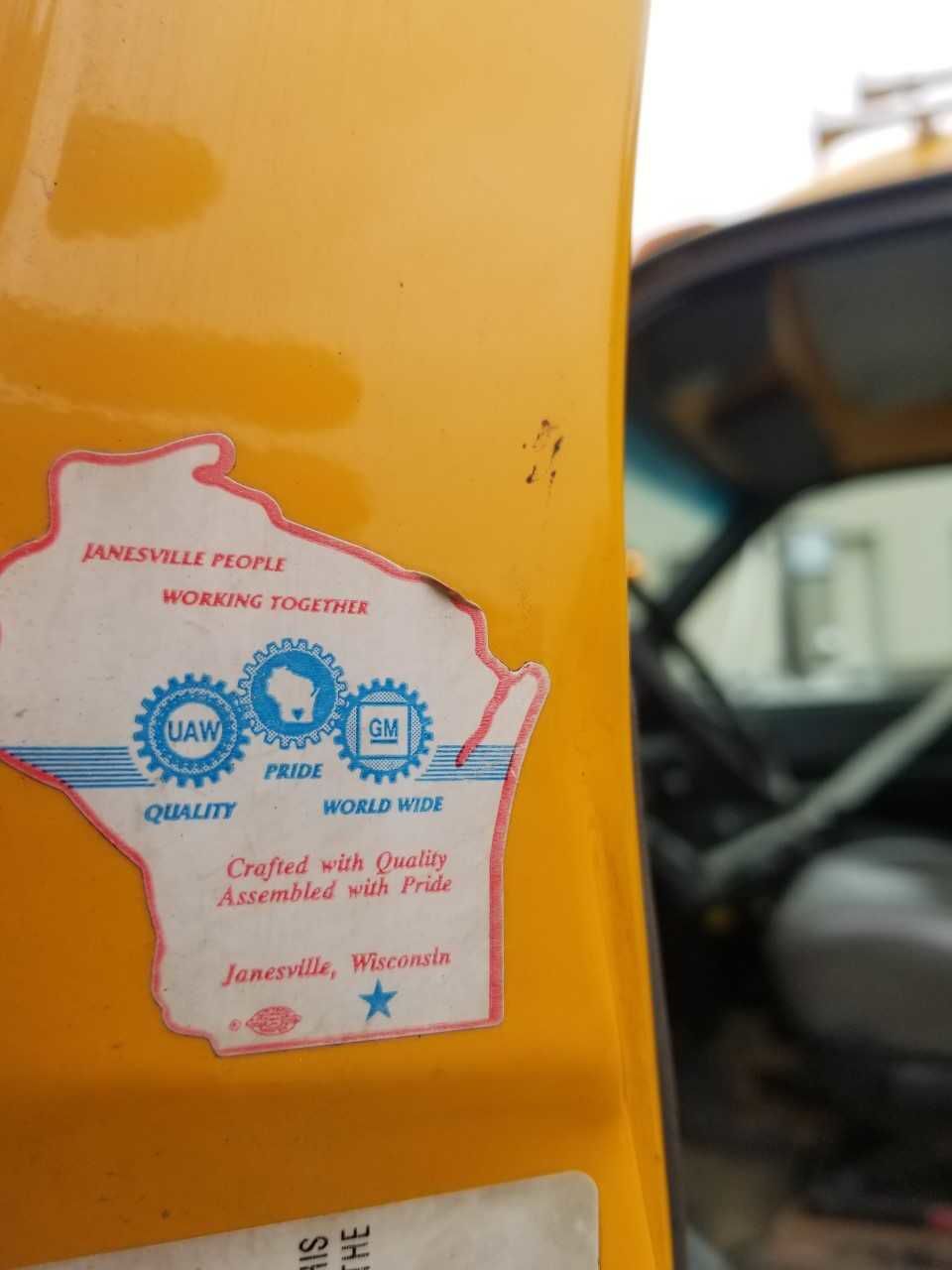 A sticker inside the door of a 2002 GMC dump truck owned by the city of Janesville shows the truck was built in Janesville. The truck, a GMC C8500 was the last medium-duty truck to ever roll off the assembly lines at the former Janesville General Motors Assembly plant. It’s been a workhorse for the city for 19 years. The city now is auctioning the truck locally in hopes someone with interest in Janesville’s automaking history might buy it. 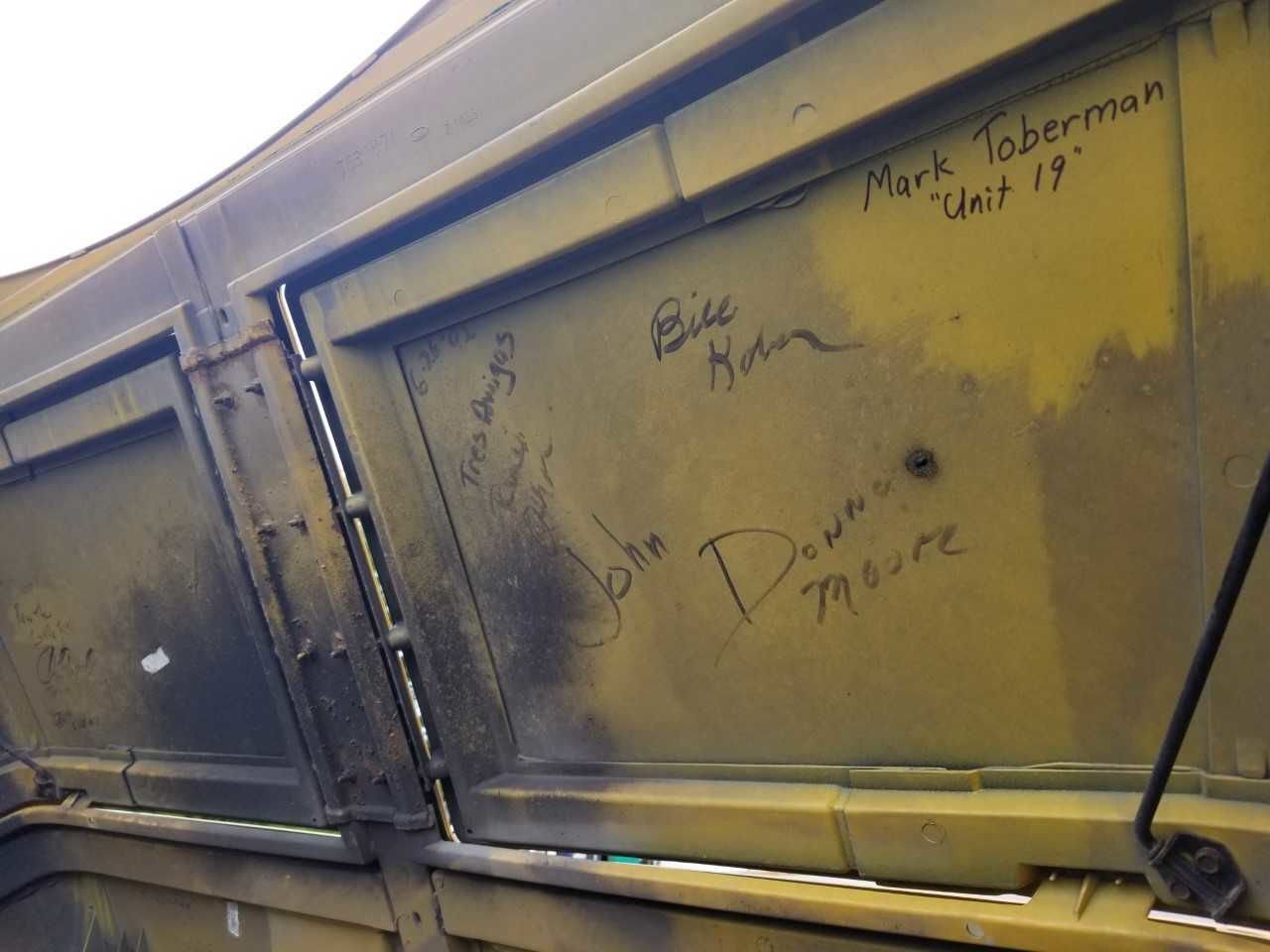 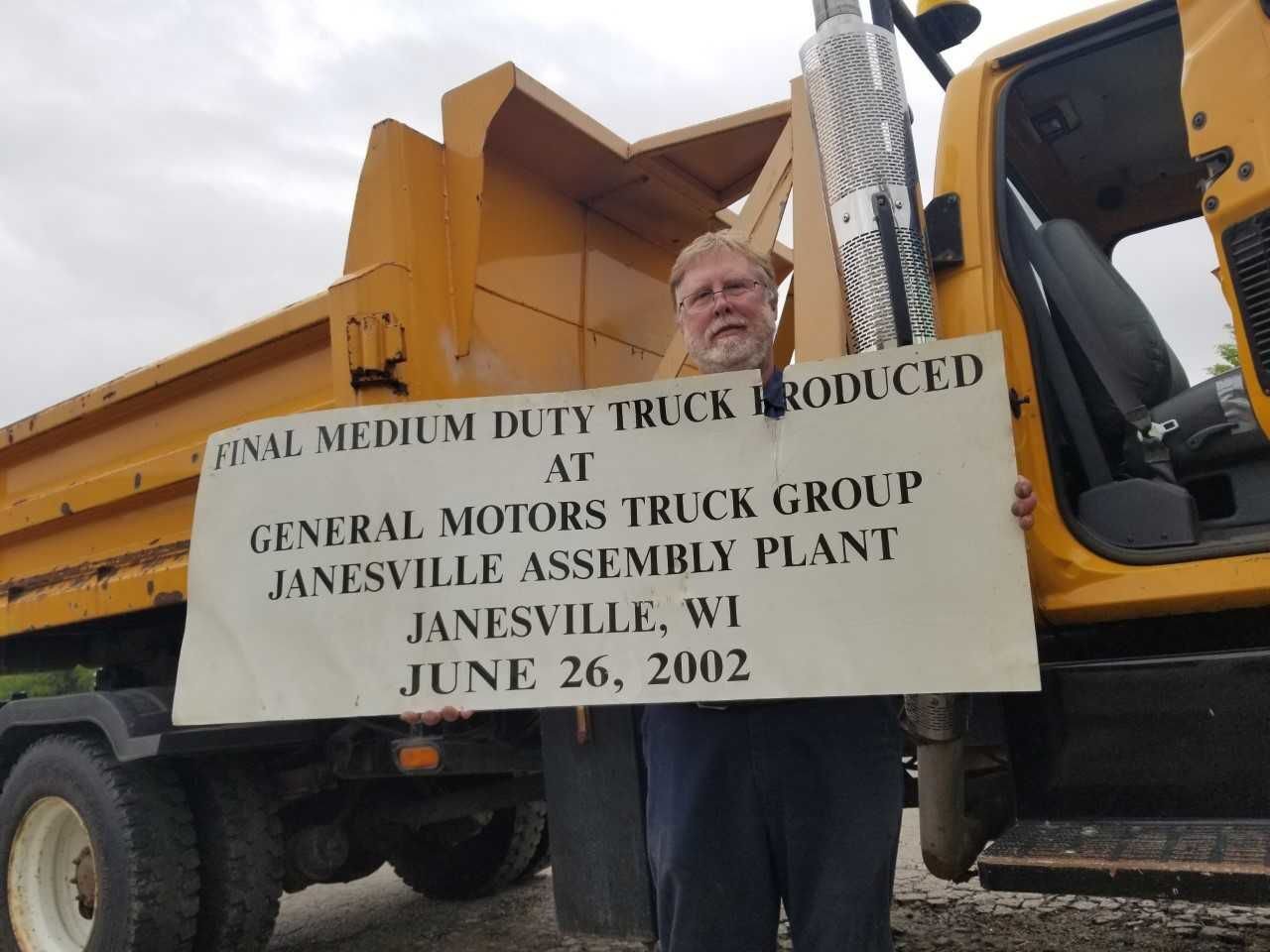 Travis Kelsey, shop crew leader at the city of Janesville’s service center, shows a sign that used to hang on the box of the 2002 GMC dump truck that was the last-ever truck to roll off the Janesville General Motors assembly plant’s medium-duty truck line the day the line closed for good. The sign was displayed on the truck whenever the city showcased it in local parades to commemorate the city’s history of auto making.

The big, yellow GMC truck first operated as a snowplow on city of Janesville streets. Then, for years, it became an asphalt mule for city street maintenance.

Now, the 19-year-old city of Janesville public works truck, a diesel-powered, GMC C8500 dump truck, is phased out, retired and set to hit the auction block in June.

It’s not just any truck. It’s the last heavy GMC utility truck ever built in Janesville; the absolute, final big truck that ever rolled off the assembly floor before GM shut down its Janesville medium-duty line for good.

Scrawled in black grease pen on the underside of the GMC’s hood are the names of workers on the Janesville Assembly line on June 26, 2002—the day the truck was completed. Those names are faded beneath years of operating grime, yet still visible.

Who knows? Maybe one of those workers will buy the truck. If they want to, they can try.

The city of Janesville is taking sealed bid offers for the truck now. City Operations Director Maggie Darr said the city normally holds a statewide auction for surplus or retired vehicles. But she said the city is initially soliciting bids for the GMC truck locally. That is, through June 6, the city is only accepting bids mailed or hand-delivered to the City Services Center.

That is to give area residents first crack at buying a piece of city history.

“The goal is to maybe limit the exposure a little bit more so potentially it ends up in the hands of somebody local who has some local connection to GM, maybe somebody who wants to feature it at local car shows or keep it as kind of a part of local history,” Darr said.

Travis Kelsey, shop crew leader at the city’s service center, said it was pure happenstance that the city bought what was the last GMC dump truck to come off the Janesville Assembly lines.

The truck was just five years into service and had just a few hundred hours of working time under its belt when it shifted roles from snowplow operations to city blacktop work.

For that, it was beloved by the city’s blacktop crews. It was the nicest truck they had ever gotten.

Kelsey said it was known among many city workers that the big GMC was the last of its breed. He said there was mixed sentiment among some city crews if it was right to assign asphalt duty to a truck of some historic distinction.

“The blacktop guys really appreciated the truck, but there’s give and take. Some of the other guys were sad to see it getting used like that. Yet to other people, it was a truck. Either way, we used it as a truck, used it for what it was built for. Maybe that rubbed some of the history off it,” Kelsey said.

GM officially shuttered its Janesville assembly plant for good in 2009 during the Great Recession and titanic shifts in the automotive industry. Trucks such as the city’s big GMC weren’t the last vehicles built at the Janesville plant, but the closure of the medium-duty truck line in 2002 is viewed as a turning point in GM, a sign the plant might not forever remain the city’s biggest employer.

Michael Kobelt, a former GM worker on the medium- duty line, told The Gazette he remembers signing his name with a yellow grease pen on the backside of the truck’s 300-pound bumper he installed the June morning the truck rolled off the line.

Kobelt, like his father, worked years at the GM plant. He now works in food packaging. The day big yellow was completed, Kobelt said he remembers its engine fired up on the first turn of the key.

“You always took it as a good omen when that happened,” Kobelt said.

Almost 20 years later, in the parking lot at the city garage, Kelsey fired up the truck’s big, Caterpillar diesel engine. It came to life on the first click and purred diminutively. Kelsey touched the gas pedal, and the truck shook with a steady rumble.