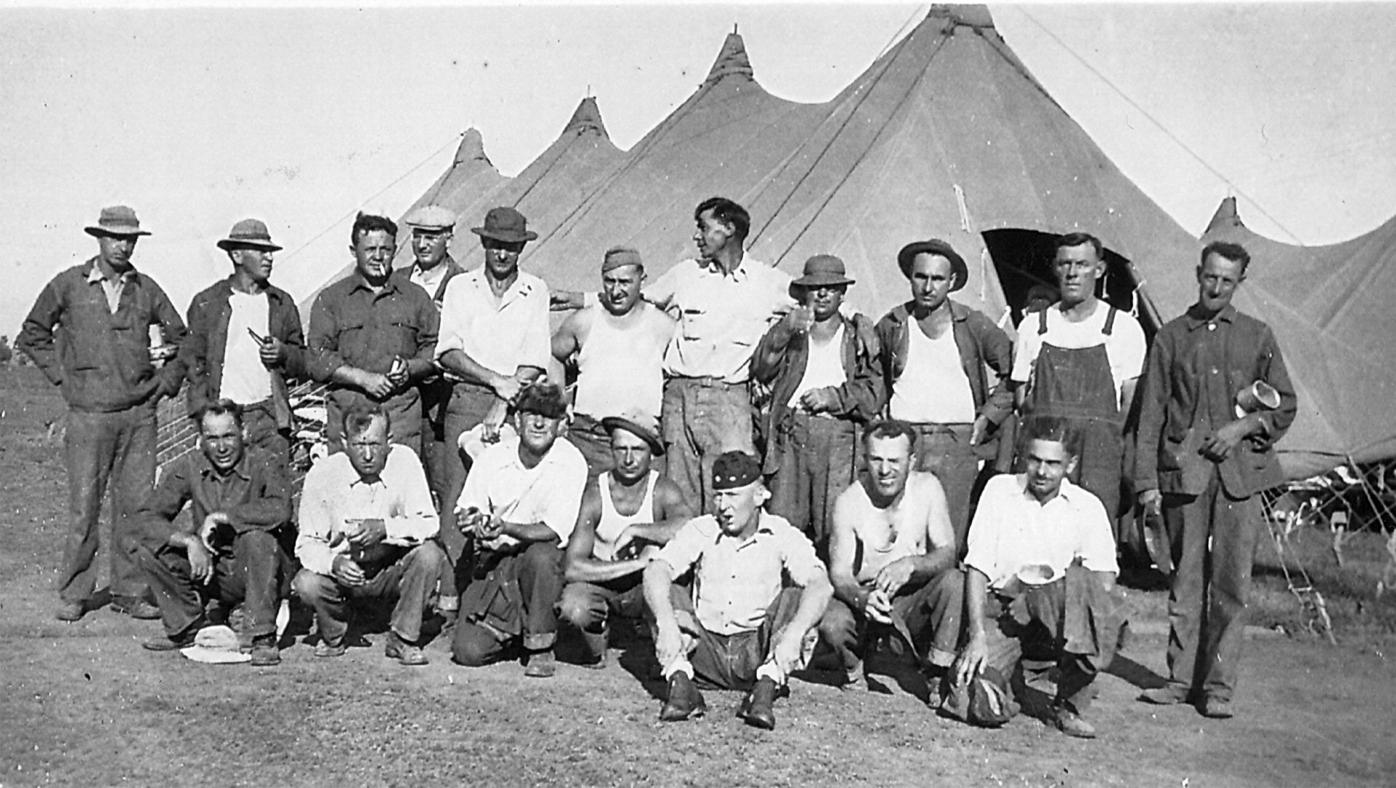 This is one of the only known photographs showing the Civilian Conservation Corps men at the Evansville camp in 1933. 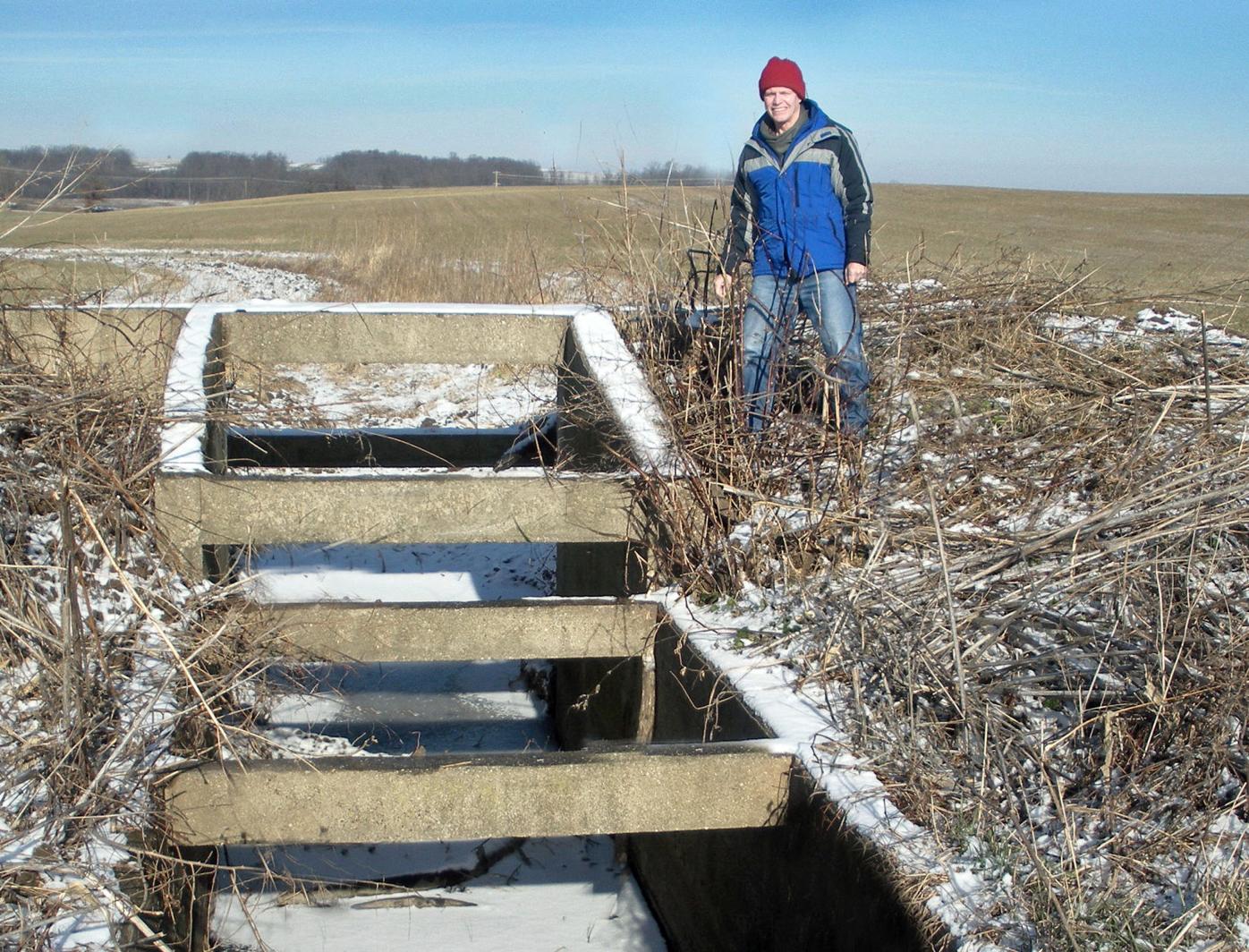 Author Robert J. Moore stands at the head of a spillway dam built by the Civilian Conservation Corps in the town of Magnolia. 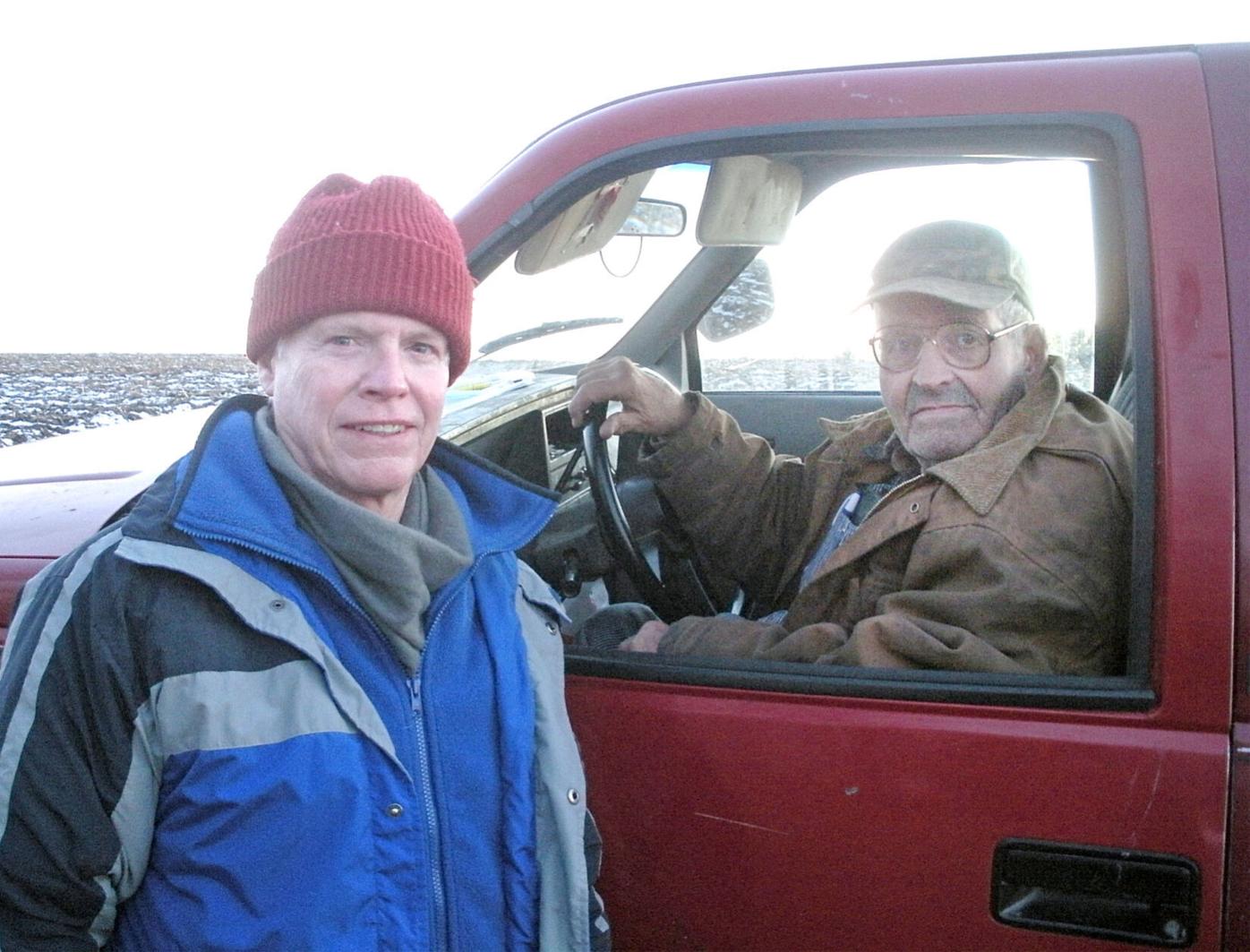 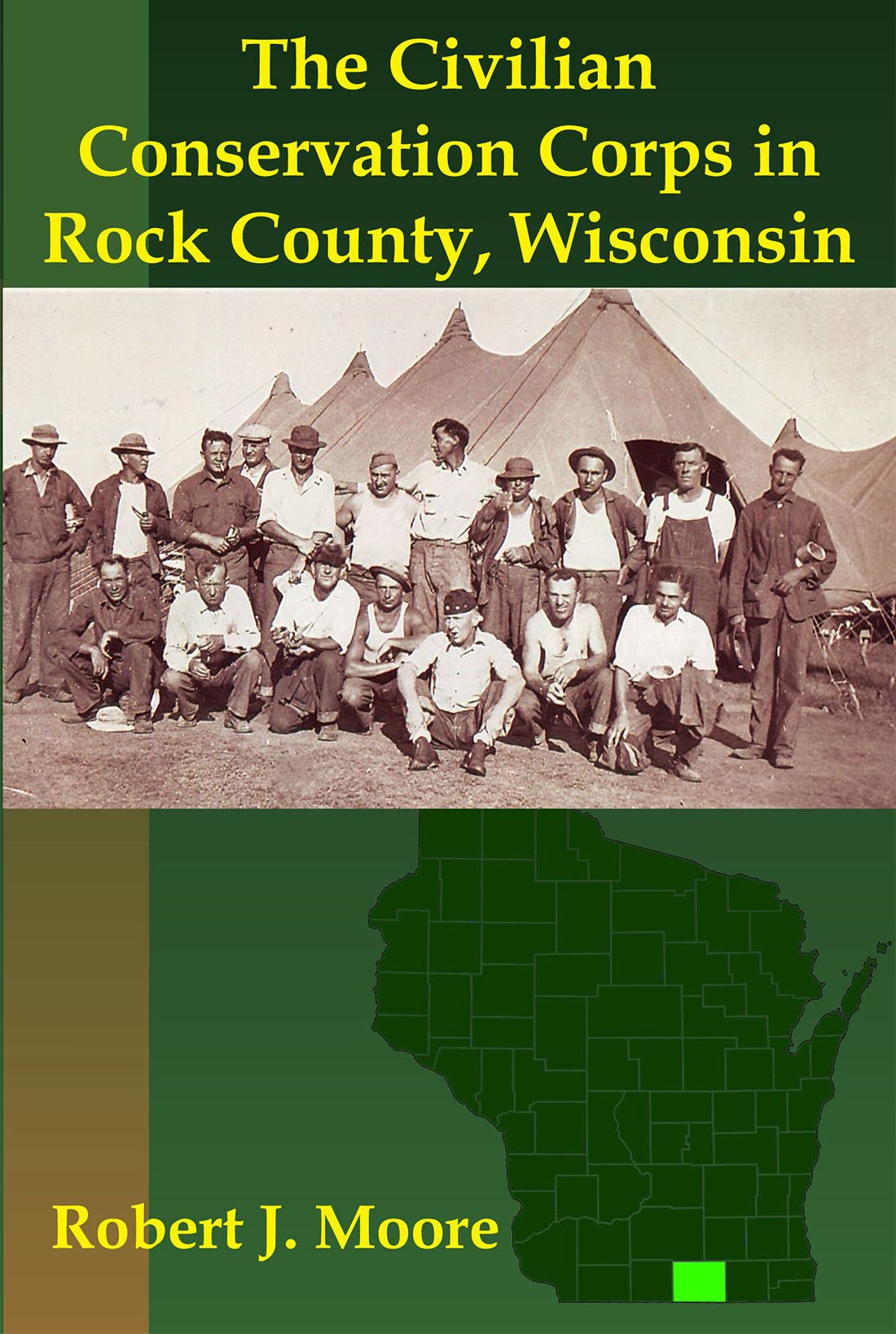 This is one of the only known photographs showing the Civilian Conservation Corps men at the Evansville camp in 1933.

Author Robert J. Moore stands at the head of a spillway dam built by the Civilian Conservation Corps in the town of Magnolia.

The men of Evansville’s Civilian Conservation Corps already had proved themselves in the toughest of times.

So when they came face to face in 1933 with the most devastating economic plunge in U.S. history, they gladly went to work for $1 a day.

Robert J. Moore knows them better than most. Now, he wants to share their story.

“My focus is to make a little bit of forgotten history available to folks who might be interested in some of the hardships these men dealt with in the Great Depression,” Moore said.

The Port Washington author searched thousands of historical documents and interviewed relatives of workers. Little information was available on the internet.

“The history of the CCC in Rock County has never been fully researched and published before,” Moore said. “There were lots of CCC camps in Wisconsin, mostly up north, where men planted trees and built beautiful stone buildings like the kind you see at Devil’s Lake.”

But the 200 or so men of the federal government’s Civilian Conservation Corps, stationed in Evansville, focused on farmland conservation in northwestern Rock County.

They built small erosion-control structures, which were designed to be simple with no moving parts.

“In the northwestern part of the county, the geography is different,” Moore said. “It’s hillier with ravines. When big rain came, the water came down gullies and scoured out soil.”

In the summer and fall of 1933, the Civilian Conservation Corps completed 40 or so dams on private farmland in six towns to prevent heavy rain from washing away precious soil.

Amazingly, after almost 90 years, many remain. Some even still perform their intended purpose.

“One of the most remarkable things about my research was that I was able to find and identify almost all of the concrete dams constructed by the Evansville crew,” Moore said.

The only structures he did not find were two dams that crossed over a county road or highway. In the years since the Depression, the dams were removed so the roads could be resurfaced and expanded.

“Tom took me in and knew where a lot of these sites are located,” Moore said. “We got in his truck and visited all the ones that survive. I never would have found them on my own.”

Moore also got help from Norman Tadt Jr., of the Rock County Land Conservation Office, who had already cataloged some of the dam sites.

Millions of mostly young men found employment working on environmental projects through the Civilian Conservation Corps during the Great Depression.

Nationally, they planted more than 3 billion trees and constructed trails and shelters during the nine years the work-relief program existed.

The men of Evansville’s Civilian Conservation Corps were different from most workers because they were middle-aged and veterans.

Leading the group were soil scientists at the UW-Madison College of Agriculture, who focused on healing severe gully erosion in 21 Wisconsin counties.

One important take-away from their effort is the will to make change.

“Whether it is government action or civilian initiative, there are ways to address environmental problems,” Moore said. “I like to think of the CCC as the environmental movement of the 1930s.”

Moore is a former high school American history teacher who spent eight seasons as an interpretive specialist with the U.S. Forest Service in Arizona.

His research in Arizona resulted in his first book on the Civilian Conservation Corps. After relocating to Wisconsin, Moore wrote three more books on the subject and articles for magazines of history.

He hopes his most recent effort inspires readers during the COVID-19 crisis.

“During the Great Depression in 1933, unemployment was at 25% for adults and more for younger people,” he said. “These people felt the same kind of desperation many are feeling today.”

Moore does not minimize the COVID-19 crisis.

“What I’m trying to say is we have been through tough times before,” he said. “Many of the men from the Evansville camp were struggling to make ends meet. They had to adapt and make adjustments in their lives, just like we have to do today. I hope the book will give people the feeling they are not alone in what they are facing. Others have survived and persevered.”

“The Civilian Conservation Corps in Rock County, Wisconsin” is available at the Fulton Store, 9413 N. County H, Edgerton, and from the Evansville Grove Society.

Author Robert J. Moore has donated a limited number of copies to raise funds for the Evansville Grove Society. The museum is closed due to COVID-19, and the book is available only through the website at grovesociety.org.