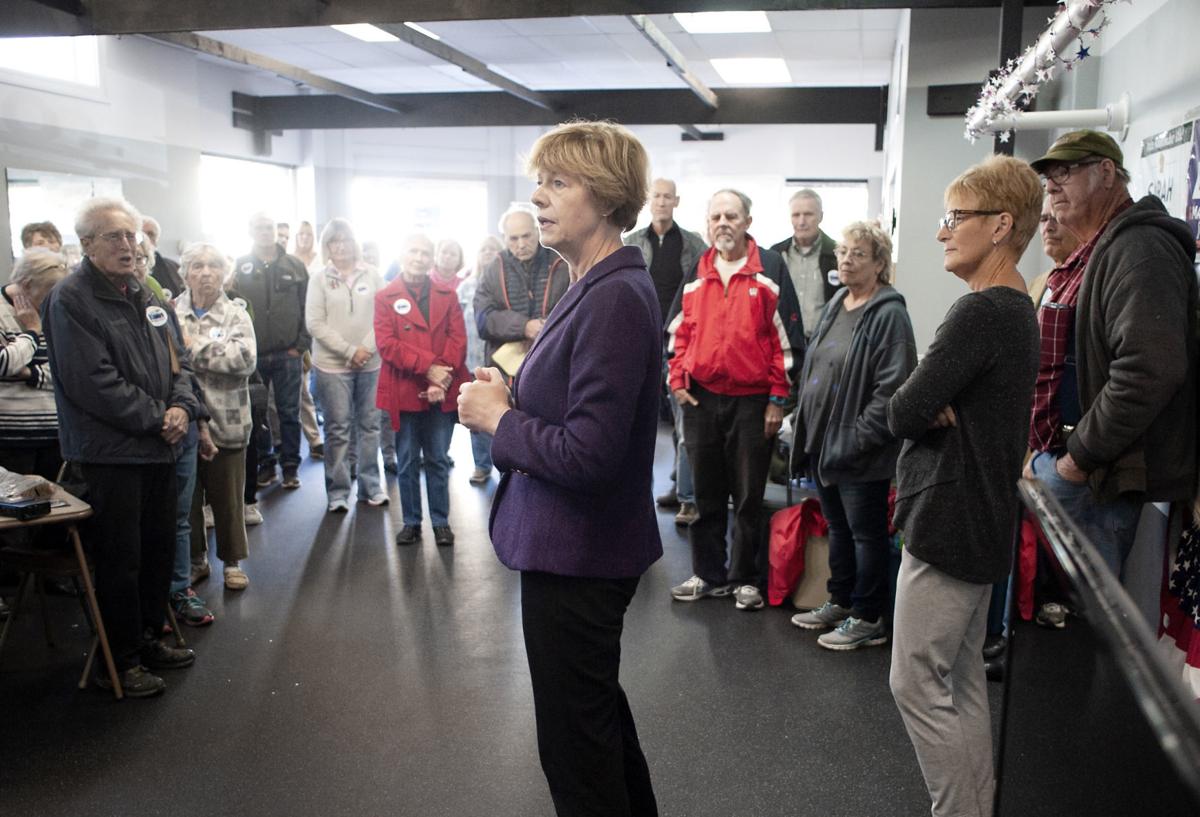 Sen. Tammy Baldwin speaks Tuesday to supporters and workers at the Democratic Party of Rock County office in downtown Janesville. 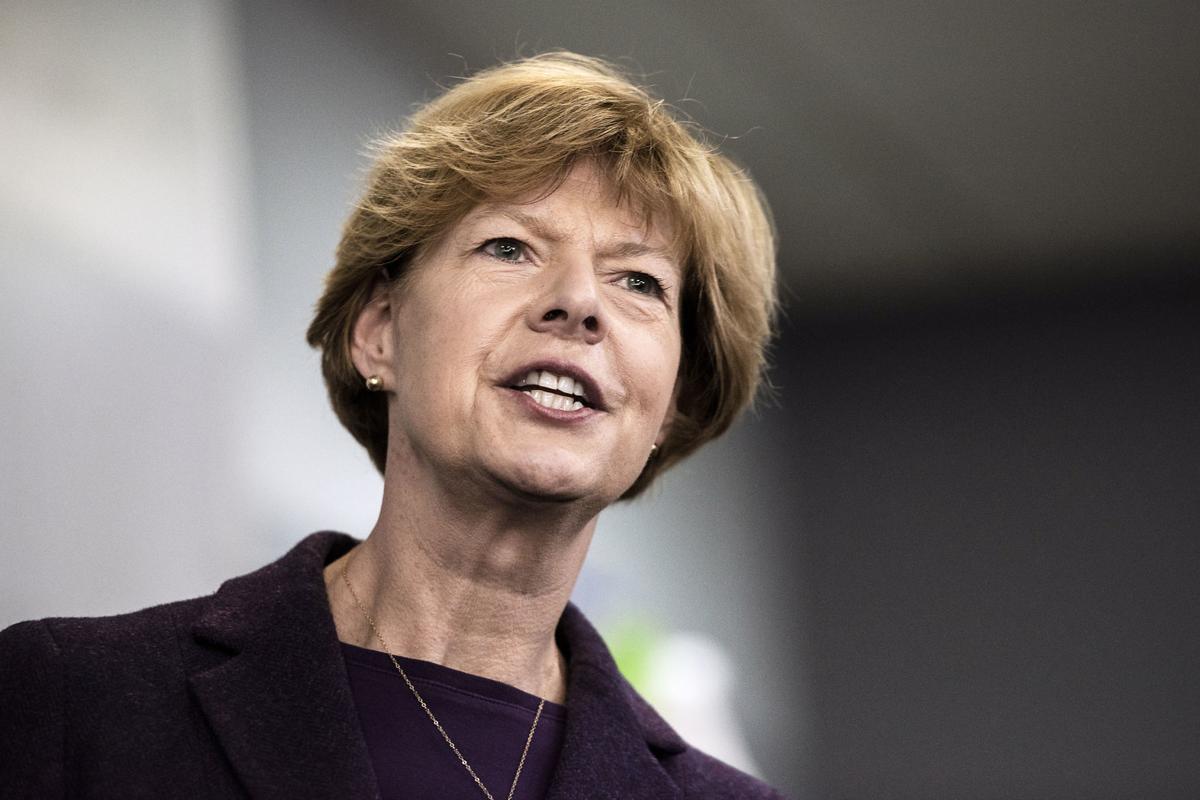 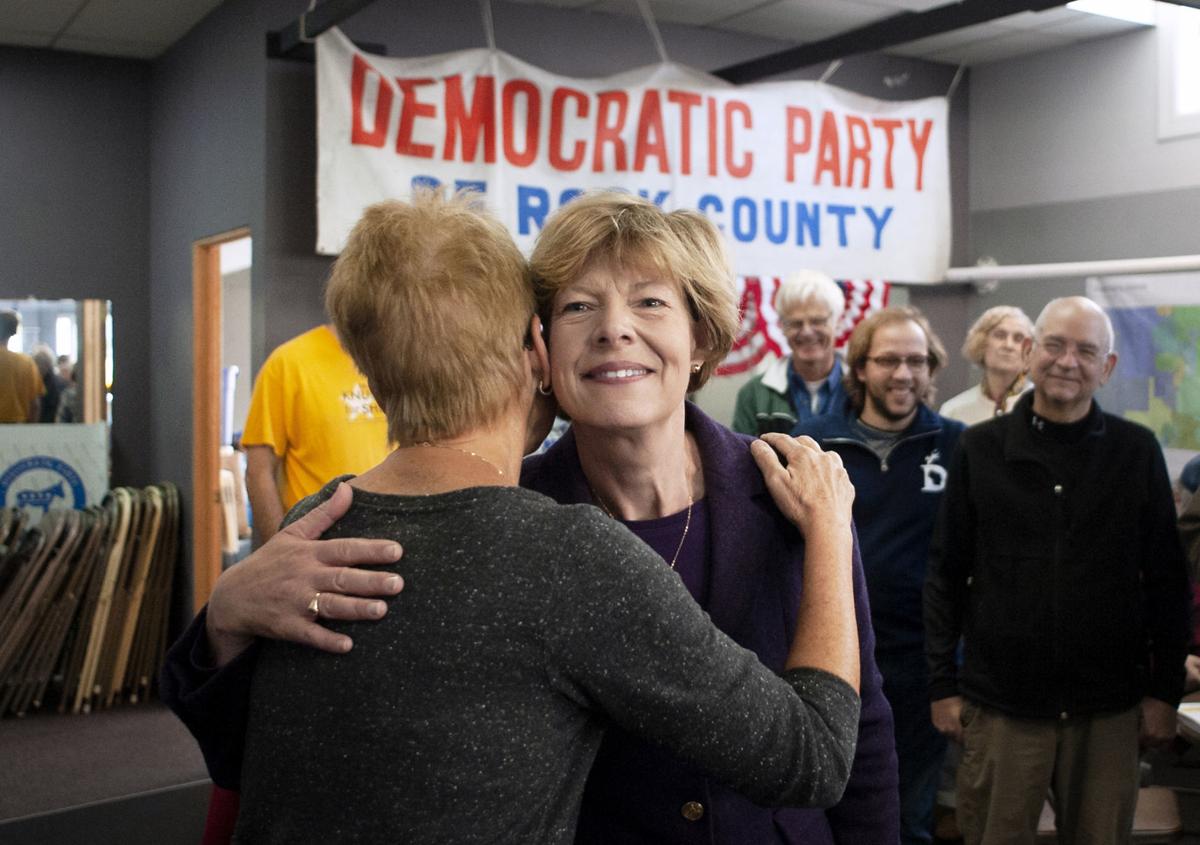 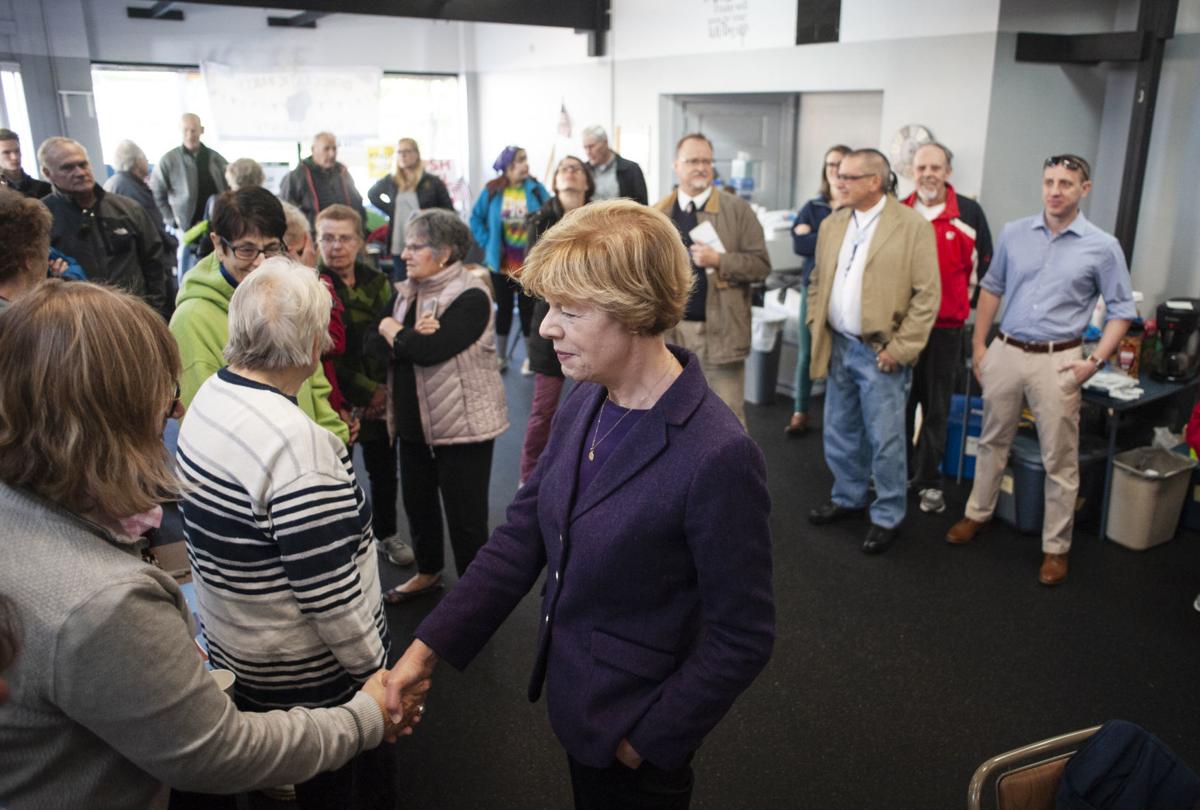 Sen. Tammy Baldwin shakes hands with supporters during her visit to the Democratic Party of Rock County office Tuesday in downtown Janesville.

Sen. Tammy Baldwin speaks Tuesday to supporters and workers at the Democratic Party of Rock County office in downtown Janesville.

Sen. Tammy Baldwin shakes hands with supporters during her visit to the Democratic Party of Rock County office Tuesday in downtown Janesville.

Sen. Tammy Baldwin tried to fire up Democratic activists at their headquarters in downtown Janesville on Tuesday.

State Rep. Deb Kolste, D-Janesville, did the same as she introduced Baldwin to about 40 campaign volunteers.

“Our lives and our livelihoods depend on this election,” Kolste said.

Baldwin focused on economic issues and did not mention that she faces a Republican opponent, Leah Vukmir, in the Nov. 6 elections.

Baldwin called last year’s federal tax bill, which gave overwhelming benefits to the most wealthy, a symptom of the dysfunction of Washington, D.C.

The bill’s benefits are not trickling down as proponents said they would, Baldwin said.

Asked for comment, the Vukmir campaign sent this: “The tax cuts helped middle-class Wisconsinites keep $1,600 of their own money. Wisconsinites deserve a senator who gets their day-to-day struggles like Leah Vukmir, who would vote to help them keep more of their hard-earned money.”

The Tax Policy Center analyzed the Tax Cuts and Jobs Act and found middle-income taxpayers would pay about $900 less in taxes for 2018, and people of lower incomes would save less.

The $1,600 figure is an estimate of the average tax savings in 2018, which includes all taxpayers.

However, the claim by many Democrats—including Baldwin on Tuesday—that the top 1 percent would get 83 percent of the bill’s benefits is not true in the earlier years, and would not be true until 2027, USA Today reported.

Baldwin said after her speech that she hopes the elections produce a Congress that can solve problems.

“Most of the issues that are so polarizing right now are partisan issues. We should be able to work together on that,” she said.

One of those issues is health care, she said, and she would like to make the Affordable Care Act more affordable.

Vukmir has called for the ACA—known to many as Obamacare—to be repealed and replaced.

Asked about Medicare-for-all, a proposal backed by many Democrats, Baldwin said she supports it, but: “All good ideas should be on the table right now. My long-term goal is that every American have access to affordable, quality insurance and health care.”

Baldwin urged the campaign volunteers to vote early so they could give their best efforts on Election Day.