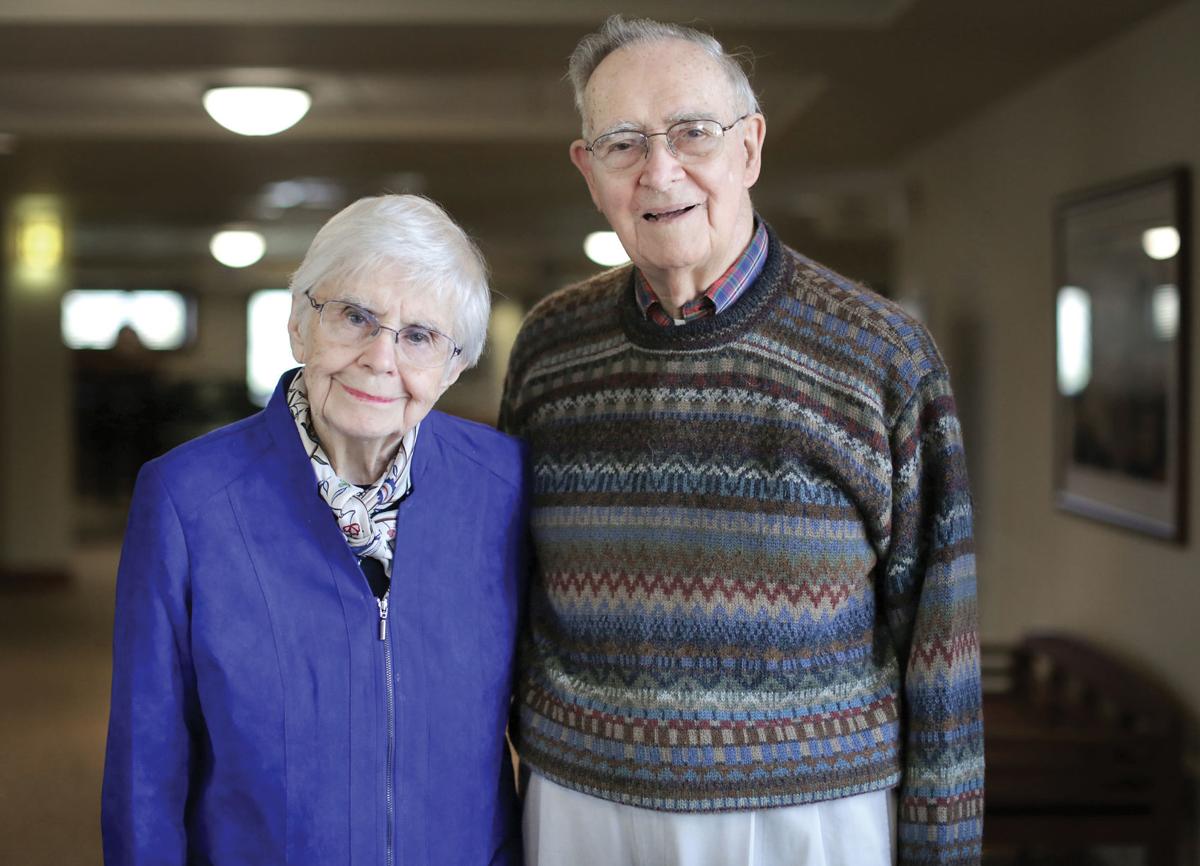 Jan and Ted Kinnaman pose for a portrait in 2017. The Janesville residents were partners in community service and political action for decades. 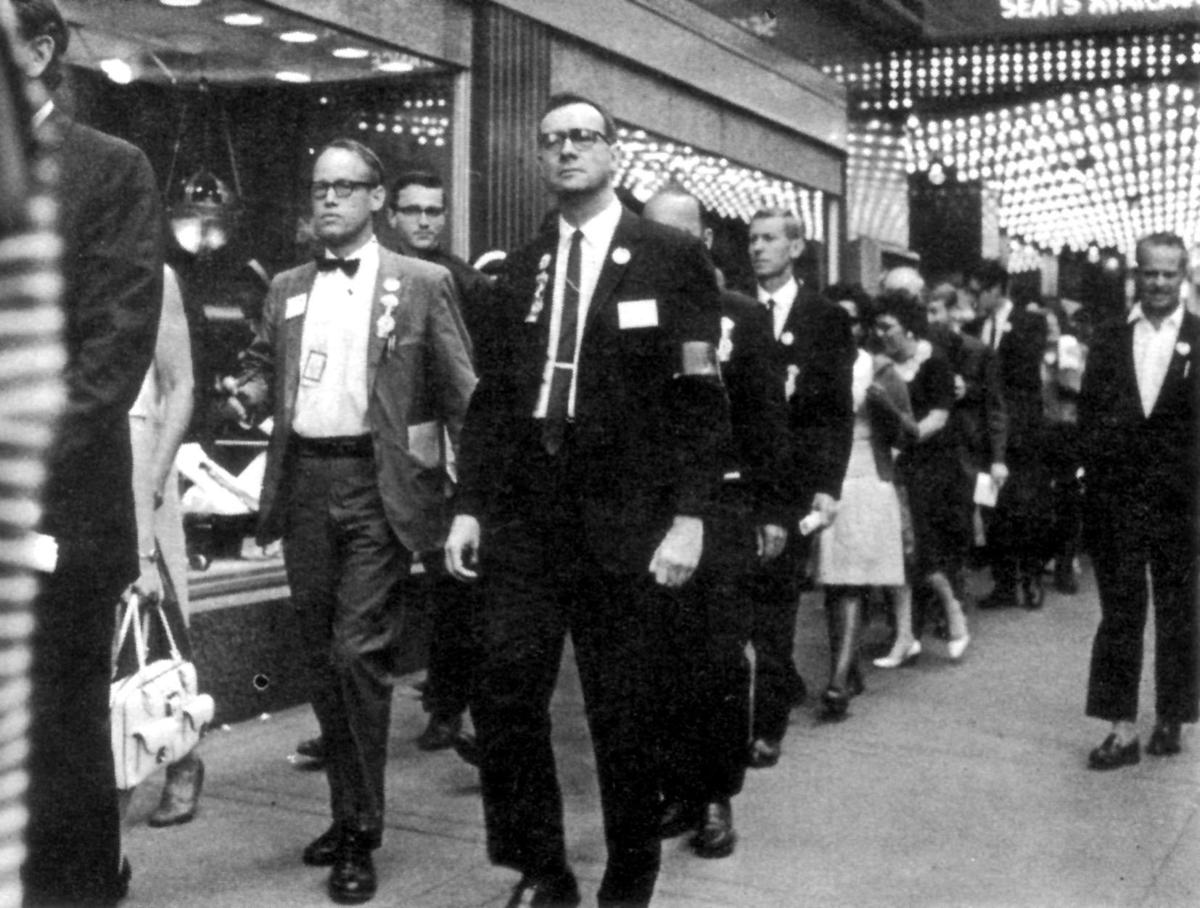 As a supporter of candidate Eugene McCarthy at the 1968 Democratic National Convention in Chicago, Ted Kinnaman, center, joined with several hundred others in a walk to the convention center to protest the police brutality against the anti-Vietnam War faction that the world witnessed the night before. 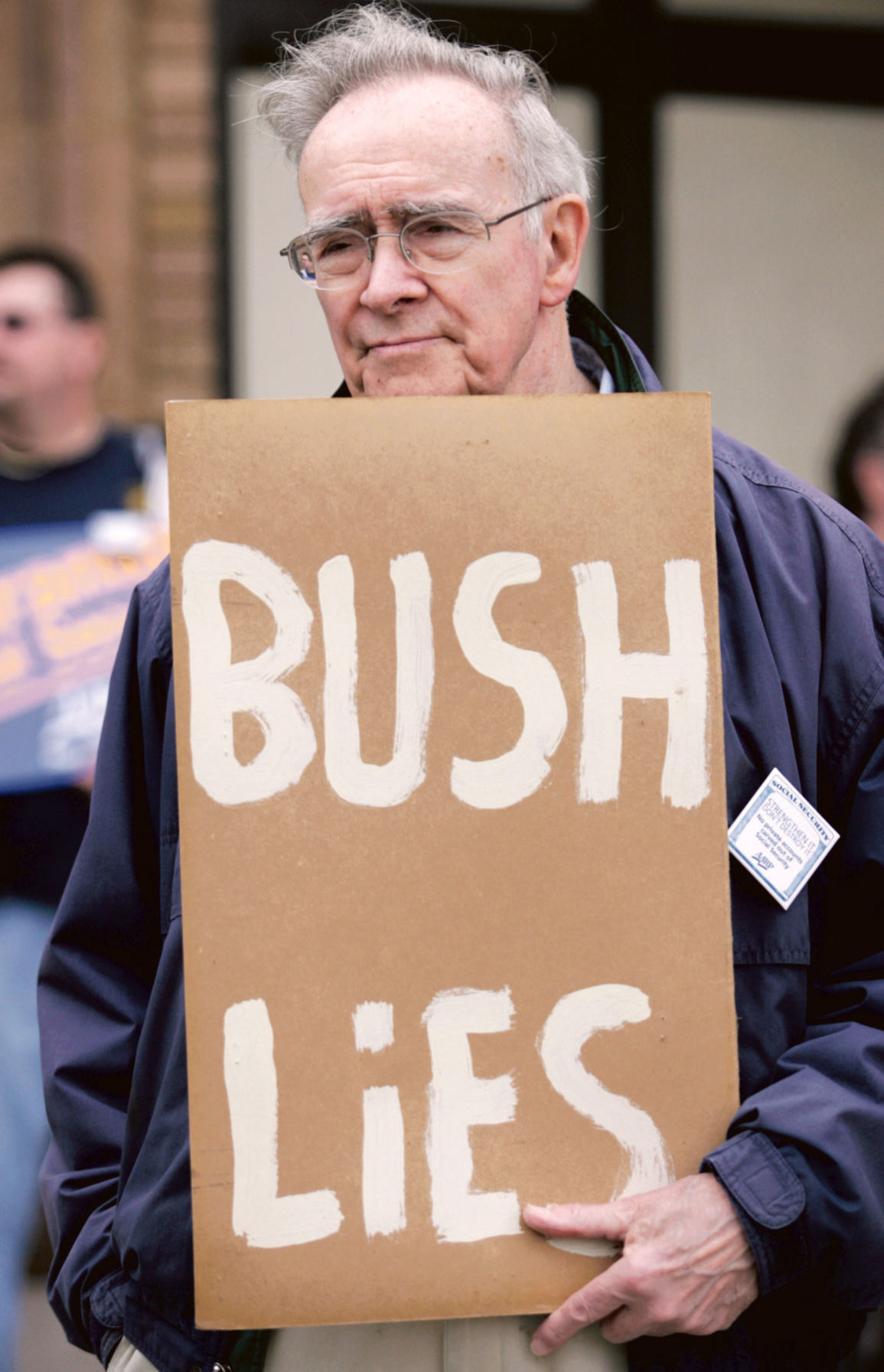 Jan and Ted Kinnaman pose for a portrait in 2017. The Janesville residents were partners in community service and political action for decades.

As a supporter of candidate Eugene McCarthy at the 1968 Democratic National Convention in Chicago, Ted Kinnaman, center, joined with several hundred others in a walk to the convention center to protest the police brutality against the anti-Vietnam War faction that the world witnessed the night before.

Theodore D. “Ted” Kinnaman was a passionate liberal who valued the political process and was always a gentleman, no matter how hot the issue, friends and family said.

Kinnaman, who also made prominent contributions in public service to the community, died Thursday at age 91.

Kinnaman’s community and political activism were done hand-in-hand with his wife, Jan Kinnaman, who survives him.

“They were very much a duo,” said their eldest daughter, Jackie.

Kinnaman was part of the peace wing of the Democratic Party as the party fractured in 1968 over the Vietnam War. He supported peace candidate Sen. Eugene McCarthy and once drove actor Paul Newman around town for political appearances, Jackie recalled.

Newman attended a reception at the Kinnaman house, where generations of political activists would spend time.

“Ted and Jan opened their home to local people (who were) moved to advance civil rights and to protect the rights of working people,” said another local liberal activist, David Feingold.

“Ted courageously fought for peace, even when our country was embroiled in endless wars,” Feingold said. “Generations of people, working to build a just world, owe a great thanks to Ted Kinnaman.”

Kinnaman was a delegate to the Democratic National Convention in 1968, as anti-war protesters clashed with police outside. Kinnaman was among delegates who marched in support of the protesters.

Rules were strict about anti-war messages inside the convention hall, so Kinnaman and others smuggled paper with silk-screened stop-the-war messages under their shirts. Jackie recalls having her father’s copy on her bedroom wall for years.

Kinnaman was elected chairman of the Wisconsin branch of the New Democratic Coalition in 1969.

“He wasn’t a hippie. He wasn’t out there throwing bottles at cops or anything. He was always committed to electoral politics,” Jackie said.

Ted and Jan had moved their family from Galena, Illinois, to Janesville in 1966 when Ted took a job at the newly opened UW-Rock County as a professor of music.

They liked Janesville, getting involved while enjoying access to the arts in the nearby big cities, Jackie said.

“He never would’ve thought of moving anyplace else. He put down roots here and was so connected to things here. It gave him lot of pleasure,” Jackie recalled.

Ted directed the youth choir at First Congregational Church and served on the city library board and Shade Tree Advisory Committee. At UW-Rock County, he established a fine arts group that brought in internationally recognized artists such as musicians Pete Seeger and James Galway and author Ralph Ellison.

The three Kinnaman children embraced education. Jackie got a law degree and practiced in the Chicago area. Kathie taught French in Neenah. Ted J. Kinnaman earned a doctorate in philosophy and is a professor at George Mason University.

Ted supported Les Aspin in his first run for Congress in 1970, and Aspin slept on the Kinnamans’ couch at the family’s longtime home on Columbus Circle during campaign stops.

Ted later broke with Aspin over their stances on the military. Aspin became chairman of the House Armed Services Committee and later Secretary of Defense under President Bill Clinton.

Tim Cullen, who worked for Aspin, met Ted during the campaign. Cullen, who went on to serve in the state Senate, said Ted never wavered in his progressive views.

“He had a very kind way of expressing himself,” Cullen said. “He was never in your face on these views. He expressed them with logic and calmness. That was who he was ... always the gentleman.”

Ted was a veteran of the U.S. Air Force Reserves and was on active duty for the Cuban missile crisis in 1962. He had graduated from high school in 1946, too late to serve in World War II, Jackie said.

“He was not a pacifist, but after World War II, I don’t think he ever saw a war that he ever fully supported,” she said.

Ted was highly educated and read voraciously, but he didn’t fit the mold of an elitist, Jackie said.

“He was able to connect to people. He never lost that ability, and a lot of people do,” she said.

Ted served on the Janesville School Board from 1994 to 2006. He was easy to get along with, said fellow school board member Susan Jacobson, whose political views rarely matched his.

They didn’t talk about their differences, Jacobson said. “I always enjoyed talking to him. He was always a gentleman and cared about the kids.”

Jacobson said she and Ted found a common cause in supporting the district’s music program and worked together to buy new band uniforms for the two high schools.

“He was good at that,” Engelbert recalled. “You’d get all kinds of people, including people who don’t like you who’d come in there, and Ted very much had the common touch, and I think he valued people from every walk of life, but he also happened to be somebody who had a grasp of philosophers and other things that are above my education.”

“He was a lion in the Democratic Party and of liberal causes, probably the most important liberal voice in Janesville,” Engelbert said.

Engelbert served on the school board with Ted.

Another school board contemporary was Debra Kolste, now a Democratic Assembly member. Ted had encouraged her to run for the school board.

“He was the most well-read person I know,” Kolste said. “Sometimes I’d look at him and say, ‘How do you know that?’ He just read everything. He was such a prolific learner.

“What I enjoyed most about Ted is that he was very firm in his beliefs, but he never got angry. He just wanted to convince you to do something better. He really believed it was essential to help people.”