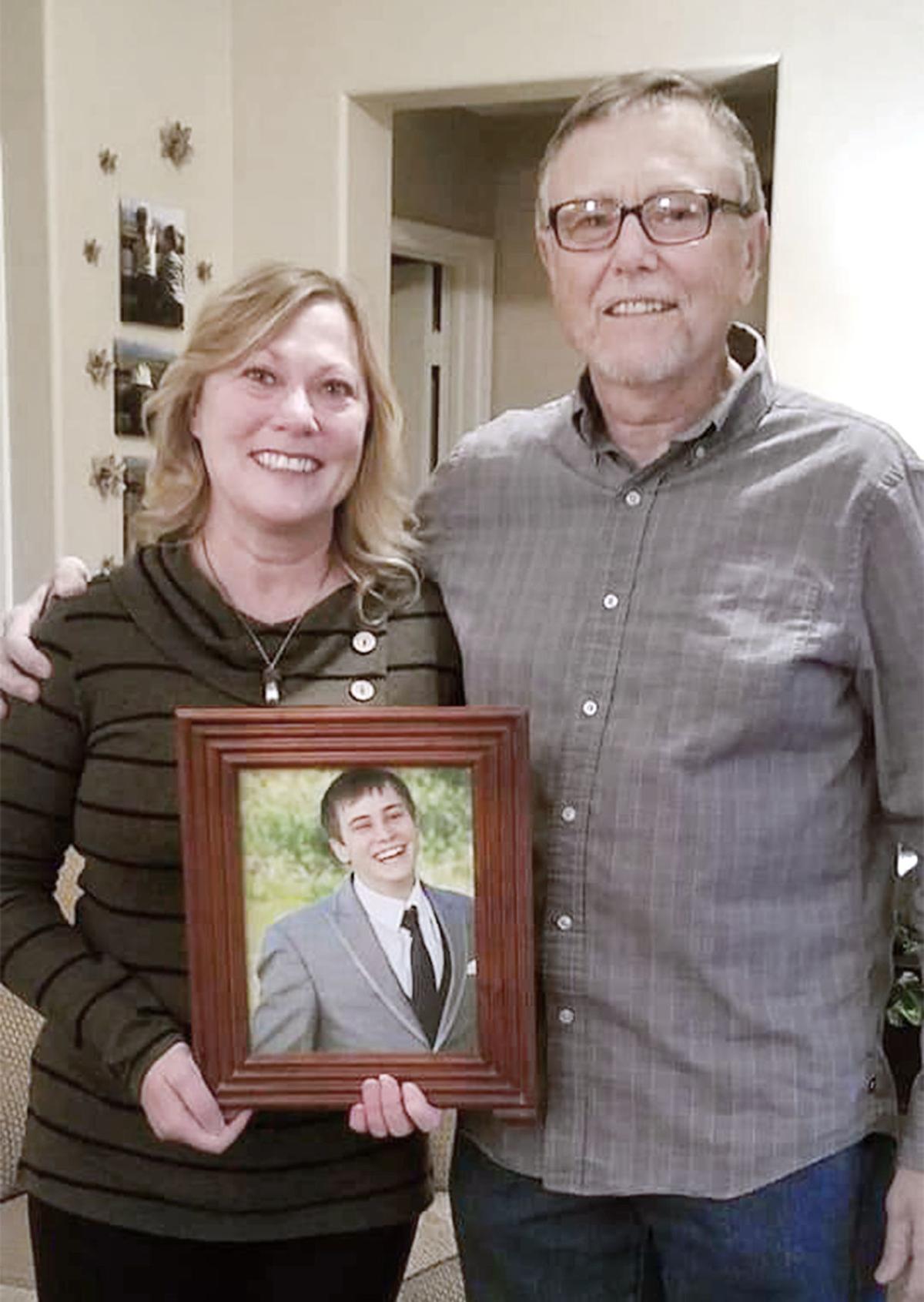 Sheila Larson holds a photo of her son Spencer Briscoe whose heart was donated to Ken Olander of Janesville. Spencer died in a car crash. 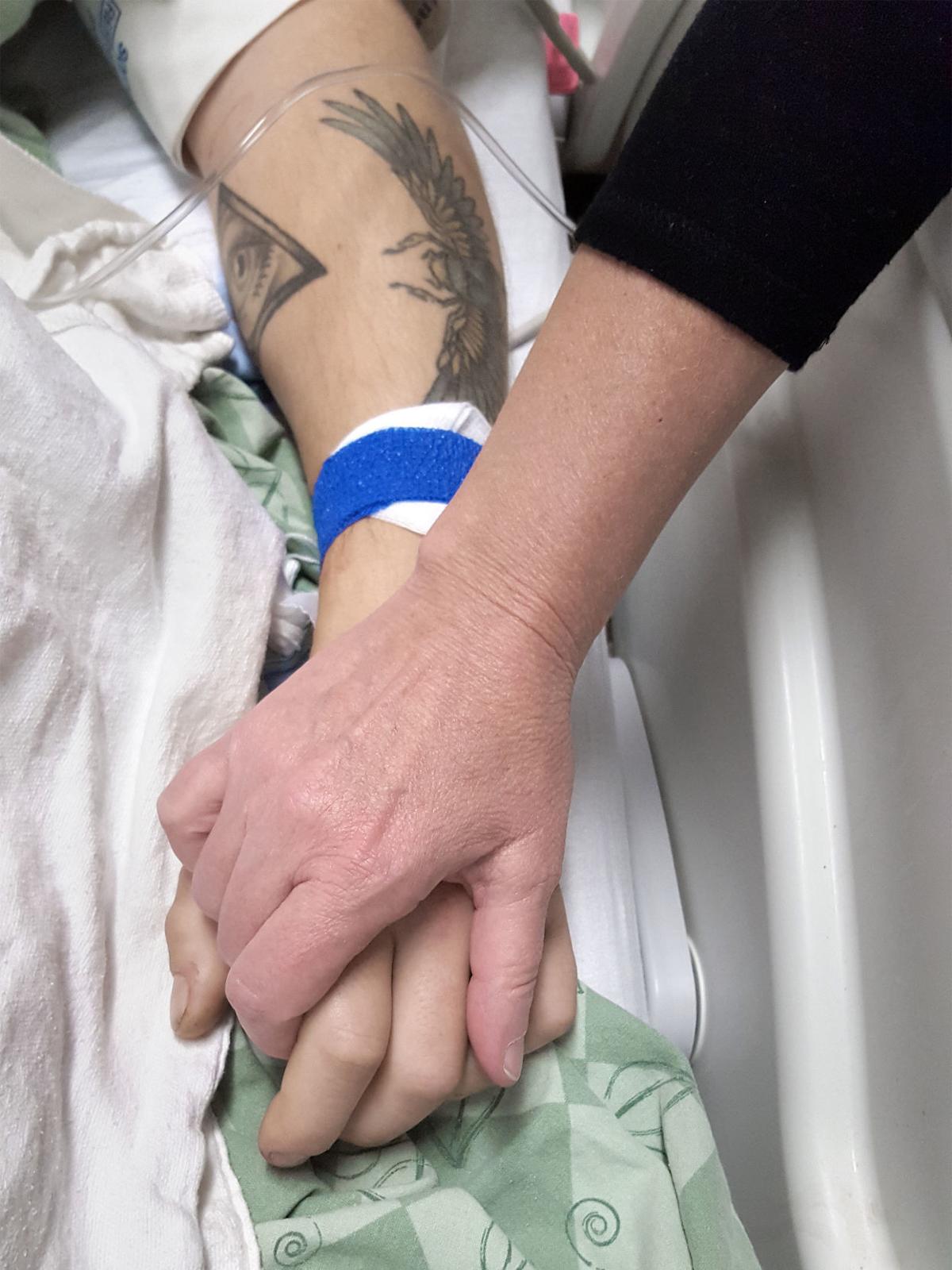 Sheila Larson holds the hand of her son Spencer Briscoe who died in a car crash in November 2017. His heart was saved and given to Ken Olander of Janesville. 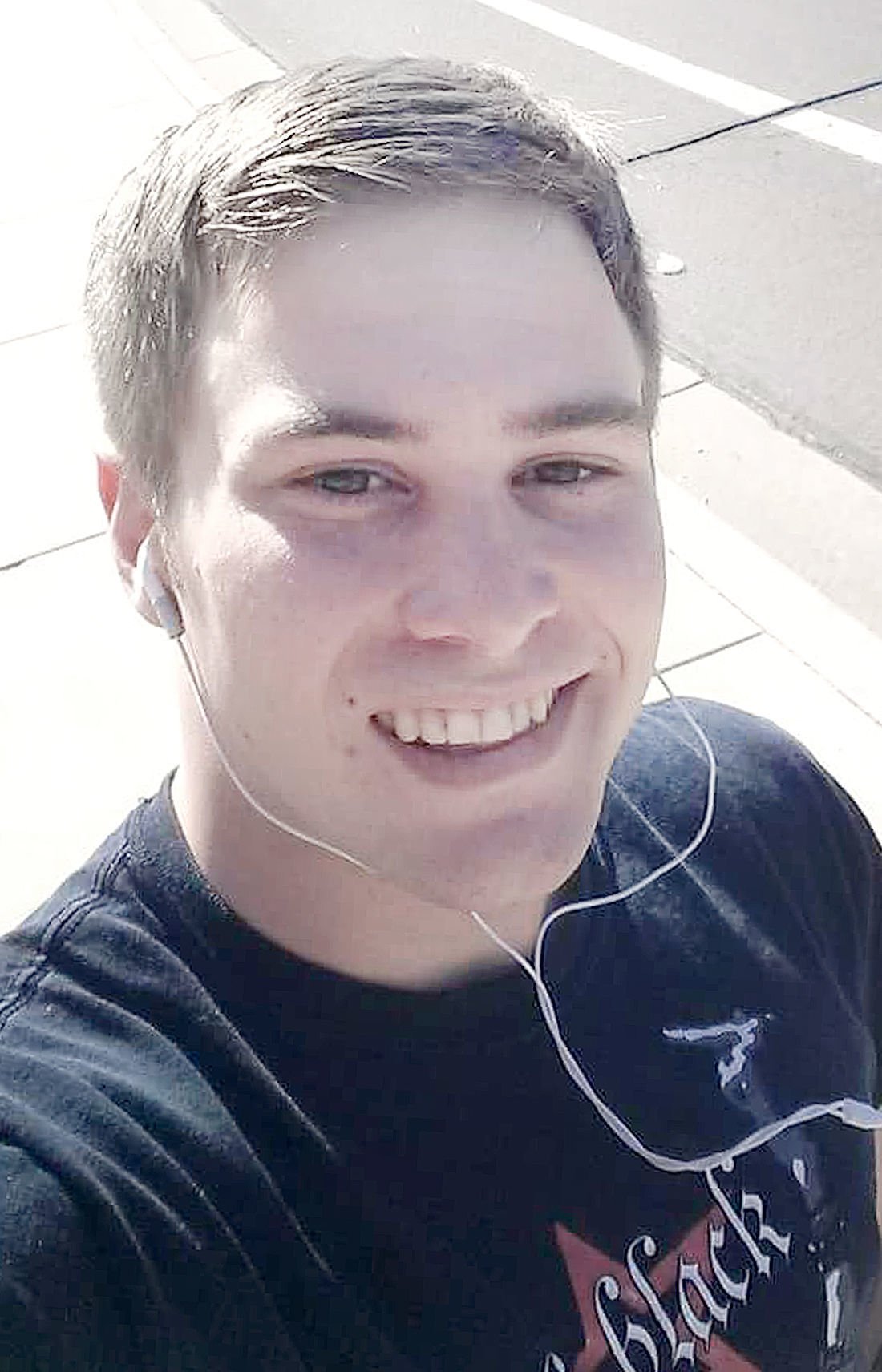 Spencer Briscoe died in a car crash in South Dakota in 2017. His heart was given to Ken Olander of Janesville.

Sheila Larson holds a photo of her son Spencer Briscoe whose heart was donated to Ken Olander of Janesville. Spencer died in a car crash.

Sheila Larson holds the hand of her son Spencer Briscoe who died in a car crash in November 2017. His heart was saved and given to Ken Olander of Janesville.

Luckily, the Janesville man’s winter vacation home is 15 minutes from the mother of Olander’s heart donor, he said.

Two days later, a 4:38 a.m. phone call woke Olander with life-changing news. There was a heart ready for him at UW Hospital in Madison, the caller told him.

Olander and his wife, Linda, reached the hospital at about 6 a.m. Within 24 hours, Olander had a new heart, one that previously belonged to the young South Dakota man, he said.

Olander’s heart problems began in 1985 when he was diagnosed with cardiomyopathy. Doctors told him he might need a heart transplant, but his heart endured for more than 30 years before his condition worsened, he told The Gazette in 2017.

Organ recipients are given the option to write letters anonymously to their donor’s families through Lifesource—an organization that oversees organ, eye and tissue donations, Larson said.

Briscoe’s heart will give Olander 10 to 20 more years of life, and Olander wanted to thank Briscoe’s family, he said. He sent his first letter to Larson in January 2018.

All of Briscoe’s organs except his heart went to patients in Minnesota, Larson said. Olander was the only recipient who has reached out to Larson so far.

After exchanging letters anonymously, by recommendation of Lifesource, Olander and Larson exchanged further information and arranged to meet, they said.

“It has been a huge part of my healing visiting with them (Olander and his wife) and knowing how appreciative they are,” Larson said. “To see how well Ken is doing is incredible. He went out dancing with his wife. A year ago, he could hardly walk to the mailbox. That has been huge.”

Olander has six grandchildren and a great grandchild that he is thankful to have time with now, he said.

“I am just blessed to have his kindness and generosity to have a heart that works well,” Olander said.

Larson was preparing to attend a grief counseling group when she received Olander’s first letter.

The loss of her son still weighs heavily on Larson’s heart, but meeting Olander showed her how a horrible situation could produce something positive, she said. She urges other recipients to write to their donors’ families because it could change their lives.

“I tell Ken he got the best part of Spencer,” Larson said. “He had the biggest heart of anyone.”

Wisconsin residents can register to become organ donors while signing up for state driver's licenses or identification cards.

To learn more on how to become an organ donor in Wisconsin, visit wisconsindot.gov.

To register as an organ donor online, visit donatelifewisconsin.org.

‘It's just not fair’: Janesville mother searches for another kidney years after first transplant

Ashley Friis has been searching for a kidney donor for nearly two years. It's the second time in her 31-year old life that she has needed a kidney transplant.