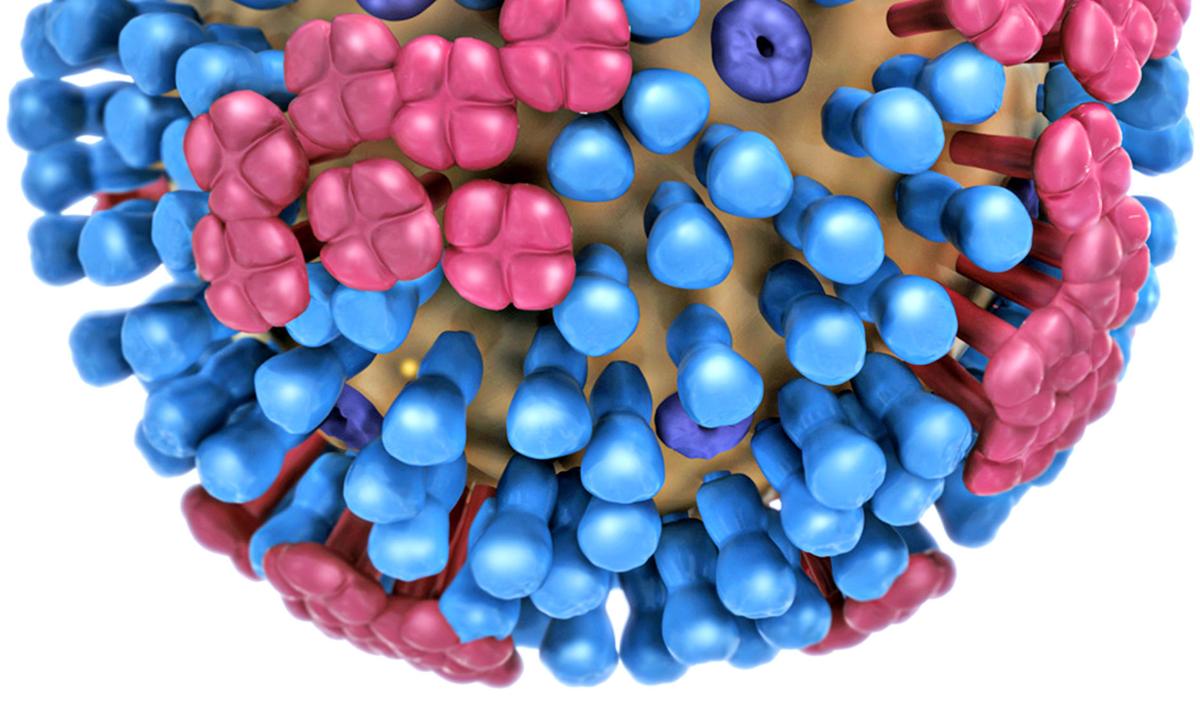 This image shows a 3-D graphical representation of a generic influenza virion’s ultrastructure, not specific to a seasonal, avian or 2009 H1N1 virus. 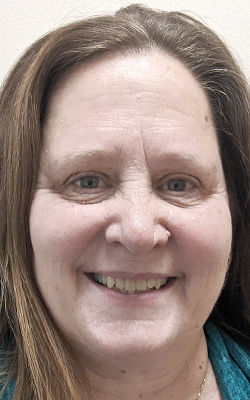 Both Janesville hospitals have reported sharp increases in influenza cases since the start of the new year, and officials say that influx is just the beginning.

Mercyhealth has seen more than 170 patients test positive for the viral respiratory infection since September at its hospitals and clinics in Rock County, Mercyhealth spokeswoman Trish Reed wrote in an email to The Gazette last week.

Influenza affects the respiratory system and can lead to pneumonia, which can be deadly. Symptoms include fever, chills, cough, sore throat, runny nose, stuffy nose, body aches, headache and fatigue.

The flu does not cause vomiting, nausea or diarrhea, Klahn said.

Klahn and Goelzer believe the number of flu cases will continue to rise before dropping off.

Goelzer predicts Mercyhealth will see double the number of cases in January compared to December. The number of people who have the flu is at least double the number who test positive in health care settings because many people have minor cases or do not see a doctor for testing, he said.

Health care officials take the flu seriously because it can be fatal, especially for young children, elderly patients or people with medical conditions, Klahn said.

Flu vaccines are the best way to prevent the flu, and they are still available, Klahn said.

Each year, the World Health Organization selects certain viruses to include in flu vaccines, based on which ones are circulating at the time, according to the Centers for Disease Control and Prevention.

Health care officials will not know whether this year’s vaccine was a good match until later in the season, Goelzer said.

To avoid spreading the flu, wash your hands frequently and stay away from other people when you’re sick, Goelzer advises.

Flu shots are available through Mercyhealth and St. Mary’s. The Centers for Disease Control and Prevention offers a searchable map on its website to help people find nearby vaccine clinics.

The most common misconception about flu shots is that the vaccination makes patients sick, and that simply is not true, said Jen Weadge, public nurse at the Rock County Public Health Department.

Both Janesville hospitals have reported sharp increases in influenza cases since the start of the new year, and officials say that influx is just the beginning.

Sarah and Tom Lee are the parents of the first baby born in Janesville in 2020, Winter Lee, who was born at 8:38 a.m. Thursday at Mercyhealth Hospital and Trauma Center.

Health educator: Law change might not be enough to stop kids from vaping

Federal law now prohibits those younger than 21 from buying tobacco products. It's a good start, local prevention experts say, but the sale of tempting flavors for e-cigarettes still needs to be addressed.

For those who don't need to or are not interested in losing weight, Hachi Wilkinson, a clinical dietitian at SSM Health St. Mary's Hospital-Janesville, offers other New Year's resolutions that promote a healthy lifestyle.

Rock Haven and Lakeland Health Care Center are both in the midst of challenges that include finding certified nursing assistants, new management and preparing for a likely influx of residents as the baby boomer generation continues to age.

Mercyhealth is accepting grant applications for its 2020 autism support funds and for its scholarship funds.

SSM Health St. Mary's Hospital-Janesville was one of two hospitals in Wisconsin to receive a guardian of excellence award from Press Ganey.

The state Legislature on Monday passed two bills that will help HealthNet of Rock County offer care to more people and recruit practitioners.