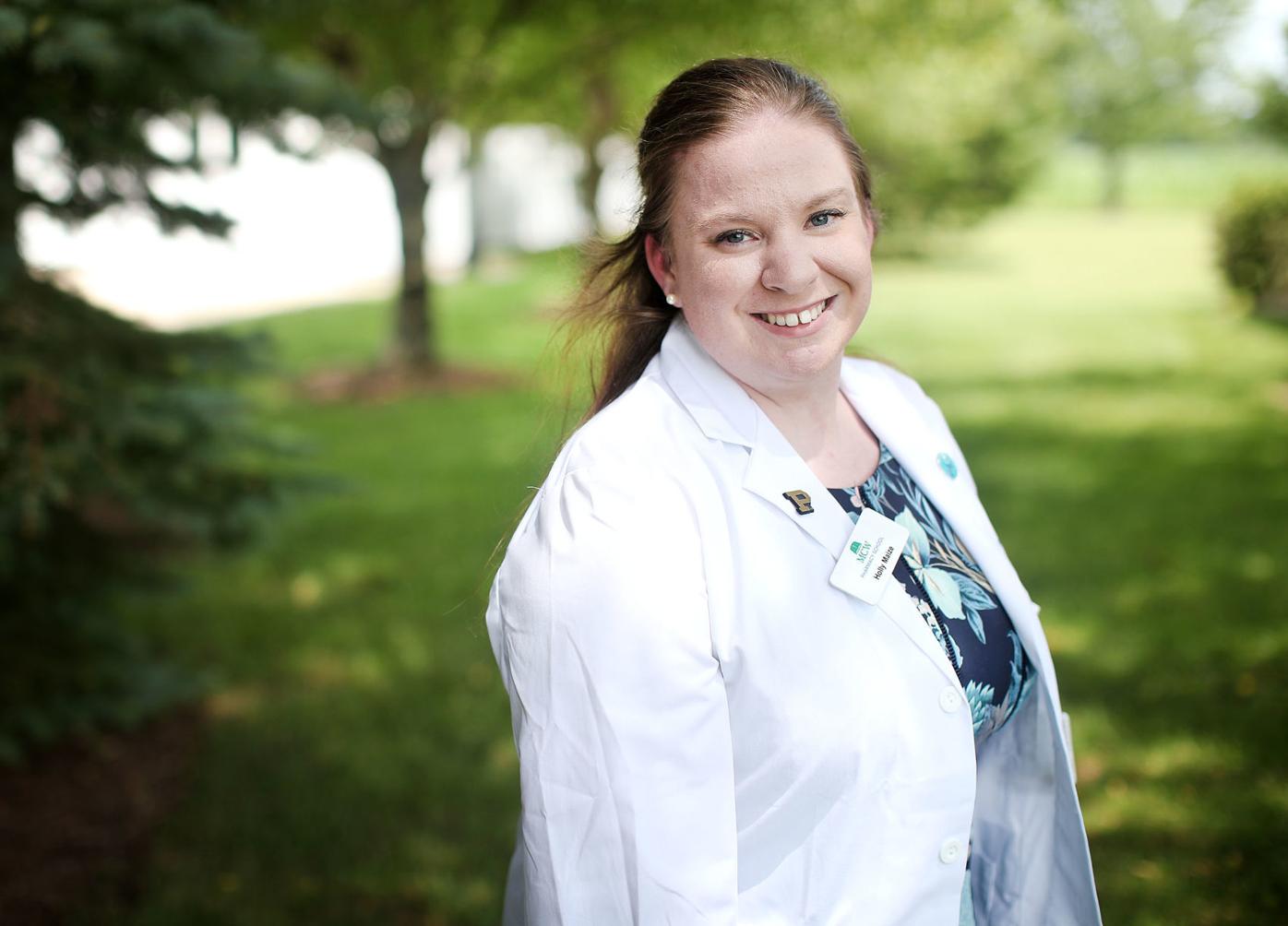 Holly Maize, a Delavan native who has a severe form of spina bifida, is enrolled in the Medical College of Wisconsin’s pharmacy program. She said her life experiences led her to study pharmacy. 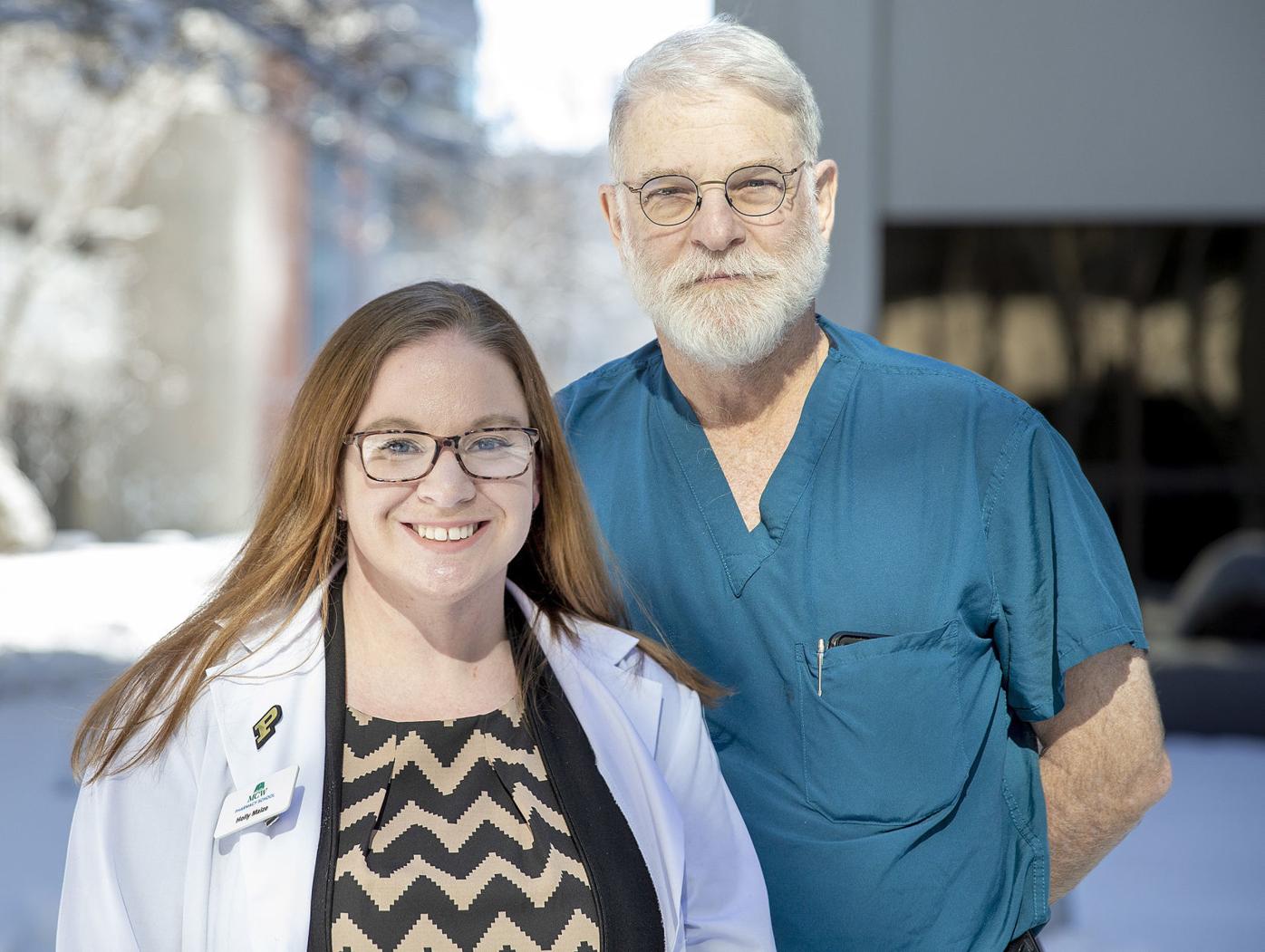 Holly Maize and Dr. Bruce Kaufman, a neurosurgeon who treated Holly when she was growing up. She eventually did a clinical rotation with him as a pharmacy student.

Her mom worked third shift, which left time to do that during the day, Maize remembers.

She said growing up in Delavan was “challenging at times.”

“I kind of knew I was different,” she added.

Maize was born with myelomeningocele, which she said is the most severe form of spina bifida in which the spine and spinal cord don’t form properly.

Maize walks with a limp and has no feeling in one foot—she said she couldn’t feel anything if her foot were smashed or run over—but she considers herself one of the lucky ones.

In a piece on the Medical College of Wisconsin’s website, she wrote that she should have been in a wheelchair, “but I defied those odds.”

Her experiences with medical treatment, which included multiple emergency brain surgeries, sparked her decision to study at the Medical College of Wisconsin, which opened its pharmacy school in 2017.

“I wanted to be in something that was new and be that trailblazer,” she said in an interview with The Gazette.

Maize studied pharmaceutical sciences as an undergraduate at Purdue University and started at the college in Milwaukee in July 2018. She said she wants to get into global regulatory affairs.

That’s not the usual path that leads pharmacy graduates to a CVS or Walgreens, she said.

She said she was inspired to get into that area partly because of her experience doing undergraduate research in Tanzania, where she studied substandard and falsified medications. She said people were scared to get medicine that was supposed to help them.

“A lot of their medications get tampered with,” Maize said. “And then those medications make it onto the market.”

In global regulatory affairs, she could work as a liaison between a pharmaceutical company and a regulatory body, such as the Food and Drug Administration, to get “safe and efficacious medication onto the market.”

But her life experiences also opened her eyes to joining a pharmacy school.

In seventh grade, Maize took acne medication that caused a rare and dangerous interaction. It essentially broke the shunt that helped her skull drain fluid.

That pushed her to learn more about how drugs react in the body, she said.

Her past connected to her schooling in another way, too.

Dr. Bruce Kaufman was Maize’s neurosurgeon and was involved in her treatment for 16 or 17 years, she said. At school, she had to do a clinical rotation with someone who wasn’t a pharmacist.

Not sure if he would remember her, Maize sought out Kaufman, who is also a professor of neurosurgery at the medical college.

Kaufman agreed to the clinical rotation, which Maize did from January until around the middle of March.

“To have Holly’s life come full circle is truly remarkable and a testament to her character,” Kaufman said in the piece on the college’s website. “It is because all of the health problems that she has overcome that I believe she will make a compassionate and effective pharmacist.”