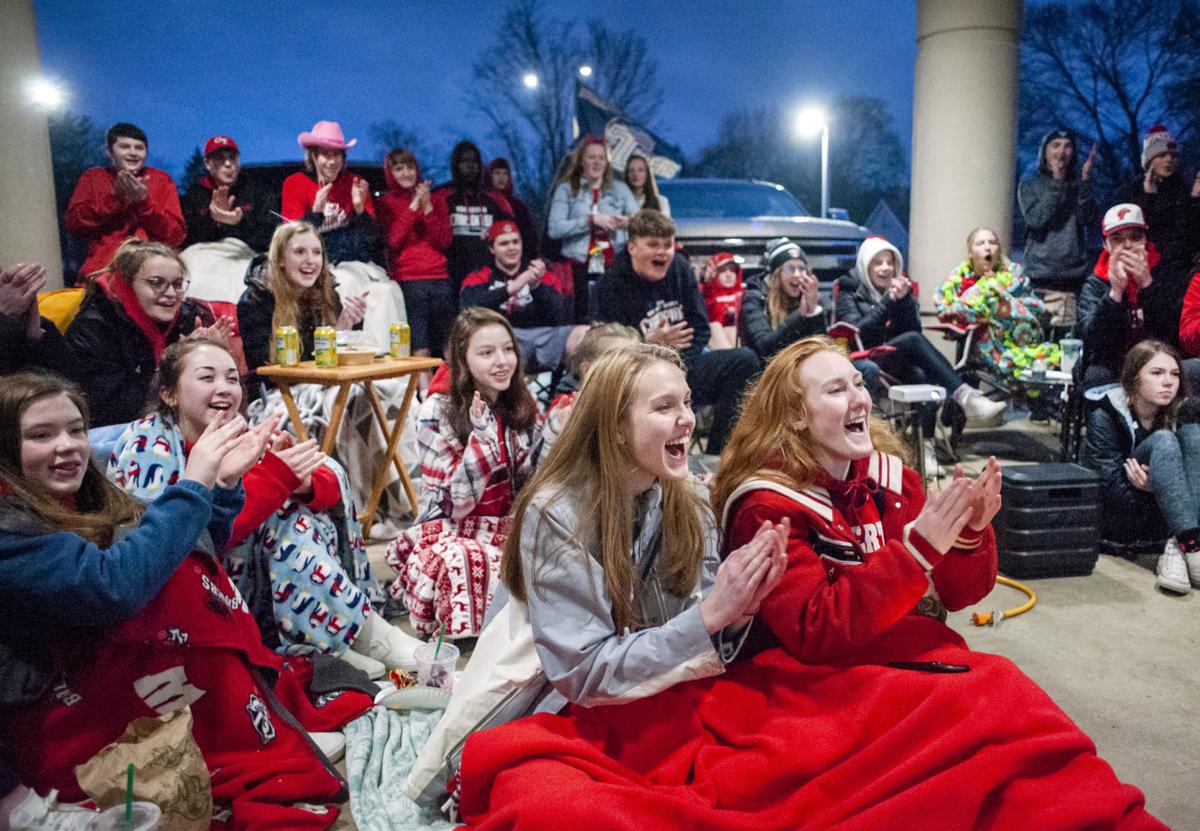 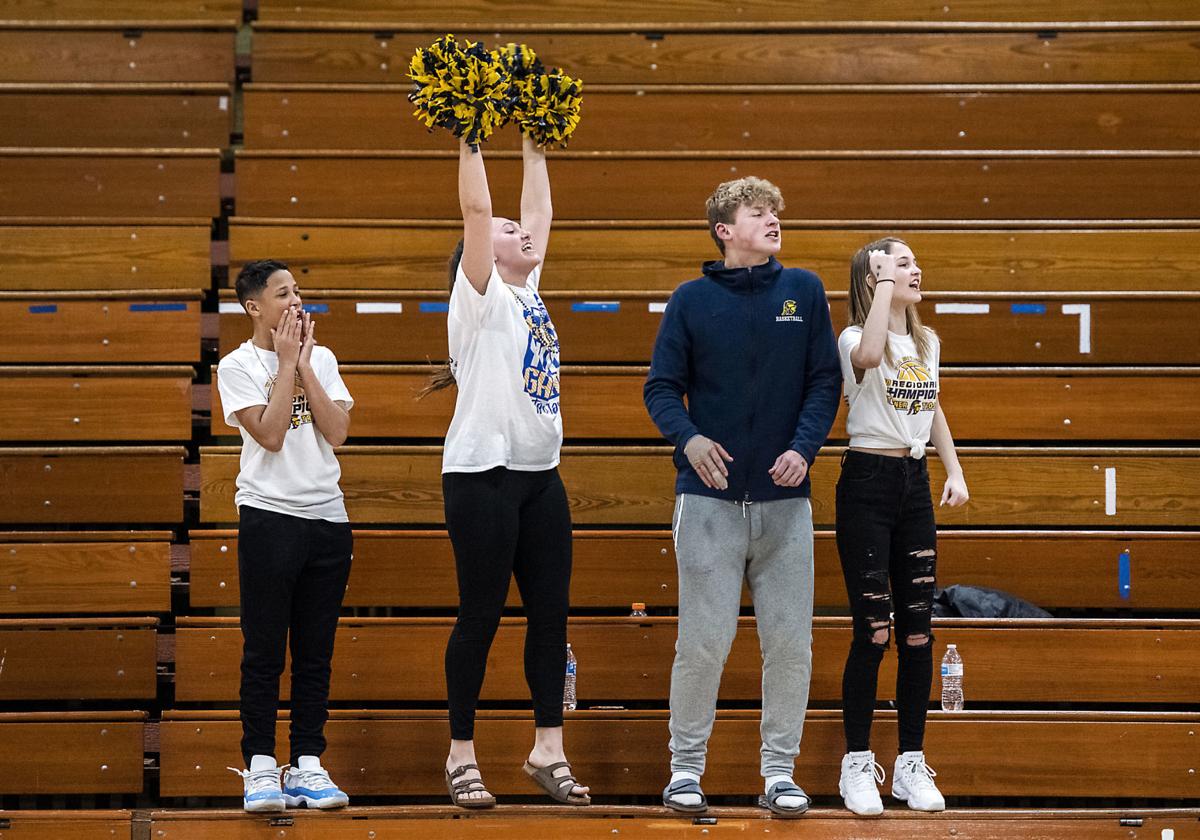 Once their basketball games tipped off, a strange day and small crowds faded into the background.

Of course, those sentiments came from people whose games continued to take place.

On a day when the COVID-19 pandemic wiped out most of March Madness, delayed the start of the Major League Baseball season and forced the suspension of the NHL and NBA seasons, the effects were felt locally, as well.

And no news was bigger than when the WIAA canceled the final two days of its girls state basketball tournament in Green Bay and the remainder of the boys tournament. The announcement came at 11:15 p.m., around three hours after most sectional semifinal boys basketball games had wrapped up around the state.

Earlier in the day, the WIAA placed restrictions on the number of fans at its basketball tournament games. The North American Hockey League also suspended its season, pausing the Janesville Jets’ playoff push. And UW-Whitewater and area high school graduates playing sports collegiately will certainly be affected by the NCAA’s decision to cancel all spring championships.

The WIAA canceled the remaining games in the girls state tournament at the Resch Center in Green Bay and all remaining boys basketball sectional and state games last Thursday night.

“I want the student-athletes and their coaches to know that your school leaders, the WIAA Executive Staff, our committees and the Board of Control have done everything imaginable to try to provide and preserve these opportunities,” a WIAA press release said. “However, we want and need to be responsible in helping the global and state efforts to stem the tide and spread of the virus.”

The announcement came several hours after the Kohl Center in Madison said it would not play host to the boys tournament next Thursday-Saturday.

The WIAA release said tickets for all state tournament games would be refunded in full.

Earlier Thursday, the WIAA girls and boys basketball tournaments continued but did so with restricted attendance.

The WIAA released a policy Thursday morning stating attendance at games would be limited to 88 tickets per team, plus two supervisors and a limit of 22 team personnel.

Janesville Craig—which hosted a Division 3 game between Beloit Turner and Edgerton—and Burlington—site of a Division 2 game between Elkhorn and Waukesha West—adhered to the new WIAA restrictions.

“Once we got going, it felt regular,” Turner senior guard Jordan Majeed said after his team beat Edgerton 68-52. “We all had the same mindset, that we couldn’t let the fans distract us from anything.”

Area referees Scott Huffman of Beloit and David Brost of Janesville worked the Division 3 semifinal between Lake Mills and Wrightstown.

“It was weird to start with, when you first walk in, and you feel kind of bad for the kids and schools. These people put in a lot of work,” said Huffman, who worked state for the fourth time. “But once the game starts, you don’t notice anything different. It’s still kind of loud, and you just kind of get in the game flow.”

Huffman said he felt bad for officials working the state tournament for the first time, because they were told Thursday morning their families would not be allowed to attend games.

He also said he and Brost discussed the risk factors in officiating but were undeterred.

“The fear factor didn’t bother us,” Huffman said. “We were fearful the would pull the plug on (the tournament) ... but not about being exposed to anything.”

Huffman also said in an interview at 6:30 p.m. that he would be surprised if the tournament continued Friday. Less than five hours later, after he and Brost had driven home, that prediction came true.

The North American Hockey League joined the majority of sports leagues across the country in suspending its season Thursday.

The Janesville Jets are in fifth place and just one point out of the fourth and final playoff spot in the Midwest Division with just four weeks left in the regular season.

Janesville coach Corey Leivermann said his team went through a light practice Thursday ahead of scheduled games Friday and Saturday at Springfield. The team found out shortly thereafter that the season was suspended.

“It’s unfortunate, but at the end of the day the reason we’re here is these kids, and we needed to take the appropriate steps,” Leivermann said. “The USHL had made their decision, the NHL, USA Hockey. So everyone kind of knew it was just a matter of time.

The Jets have four home games remaining on their schedule. The team announced it would have details at a future time about potential refunds for those holding tickets to those home games if they are not played as scheduled.

The NCAA not only canceled its men’s and women’s basketball tournaments, it canceled all remaining winter tournaments and spring tournaments.

UW-Whitewater qualified for the National Collegiate Gymnastics Association championships. The Warhawks also had a group of wrestlers qualify for the NCAA tournament. Both tournaments were canceled.

UW-Whitewater baseball and softball teams are scheduled to take spring break trips to compete in games. There are games on the trips that have been canceled, but the trip was still on as of 6:45 p.m. Thursday.

The softball team was scheduled to open its season Sunday, but its doubleheader against Elmhurst College was canceled. Five of the 12 games on the spring break trip have been canceled.

The baseball team opened its season with a 2-1 record. The Warhawks had a March 16 doubleheader against Marian slated for Monday—it was postponed indefinitely. As for their trip to Florida, it’s still on. One of their eight games on the trip have been canceled.

Though the pursuit of a championship is no longer on the table, the spring seasons at UW-Whitewater have not been canceled as of 6:45 p.m. Thursday.

The university announced Thursday that it was starting spring break one week early and that on-campus events “are canceled beginning Saturday, March 14 through Friday, April 17, with limited exceptions from deans, vice chancellors and the (interim) athletic director.”