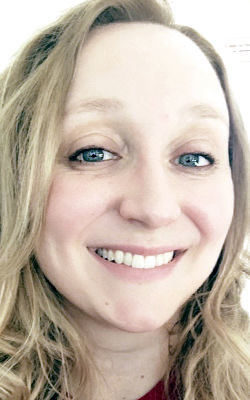 The state Supreme Court overturned the governor’s order, which had been in effect since late March, on a 4-3 vote Wednesday.

On Thursday, Walworth County published guidelines on its website for how area businesses can run safely amid COVID-19, which continues to pose a risk to the public, according to a news release.

“We have faith in our business leaders and believe they will follow these guidelines and implement strategies to protect their customers and staff,” Erica Bergstrom, the county’s public health officer, said in the release.

“Even though the ‘safer-at-home’ order has been overturned, we strongly advise that everyone voluntarily comply with its key components: physical distancing, limited travel and gatherings, and frequent cleaning,” Bergstrom said, adding that the novel coronavirus is still circulating in the community.

Walworth County on Thursday reported 263 laboratory-confirmed cases of COVID-19, up from 250 listed in Wednesday’s update. Eleven people have died, while 184 have recovered.

One patient is hospitalized, while 67 are isolating at home.

Also Thursday, the Wisconsin National Guard said in a news release that Monday and Tuesday it helped collect more than 225 specimens from a community-based testing site at West Park in Darien. The National Guard also helped with testing at Birds Eye in Darien last week.

A 38-page document posted on Walworth County’s website is a “blueprint” for the county that gives “broad guidance for reopening the economy safely and incrementally.”

Because the high court struck down the order, businesses may open and people can travel and gather in large groups, according to the release. But Walworth County health officials said they need individuals and businesses to “proactively protect themselves, their guests and their customers.”

The health officials argued that because COVID-19 will pose a health risk beyond the next week or two, short-term orders “are not likely to have a significant, lasting impact.”

“We need all businesses, residents and visitors of Walworth County to actively participate in controlling the spread of disease,” Bergstrom said.

This story was updated at 2:50 p.m. Thursday with Walworth County’s latest COVID-19 figures.

Walworth County reported another small increase in COVID-19 cases Wednesday, reaching a total of 250 laboratory confirmed cases after an error in the count brought the total down earlier this week.