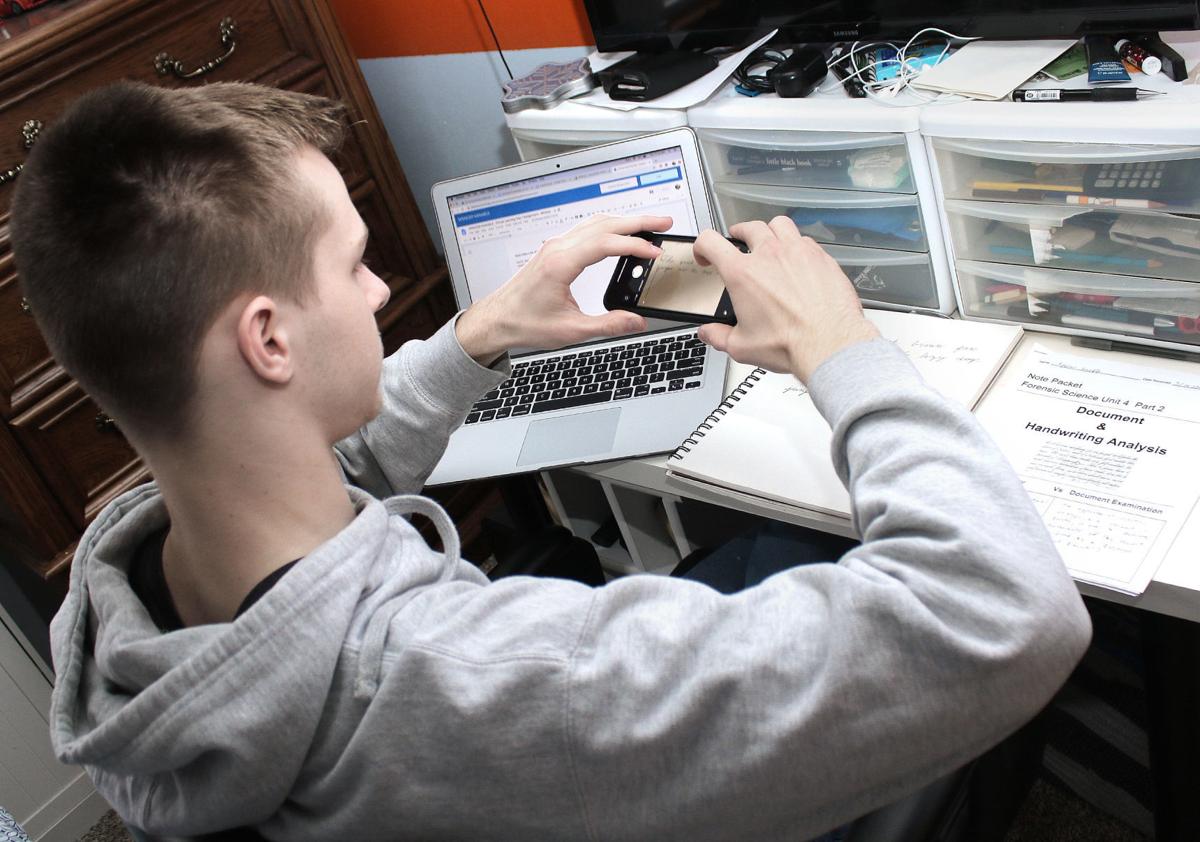 Milton High School senior Spencer Kanable uses his smartphone to take a photo of his handwriting for his forensic science class, which is studying handwriting analysis. He then AirDropped the photo to his computer, added it to a Google Doc and finished his assignment. 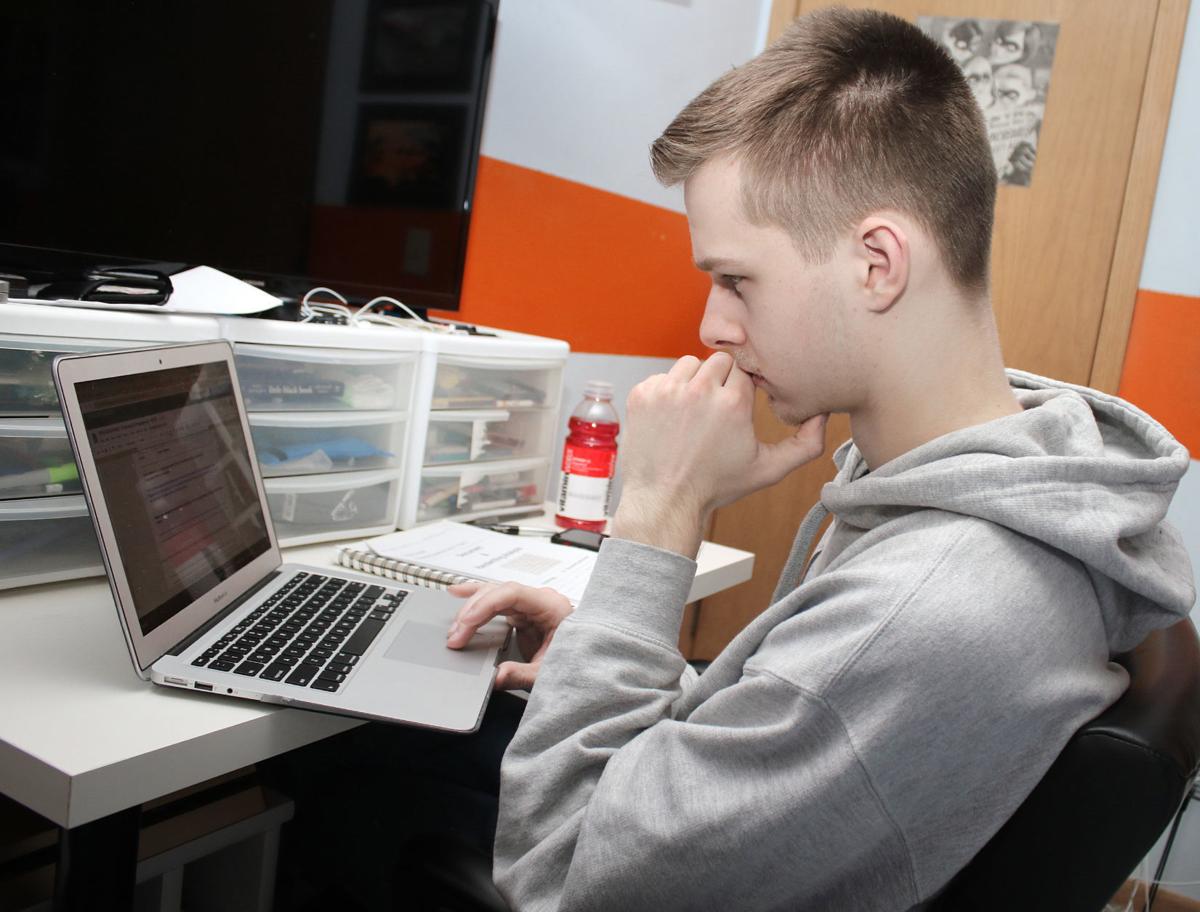 Milton High School senior Spencer Kanable uses his smartphone to take a photo of his handwriting for his forensic science class, which is studying handwriting analysis. He then AirDropped the photo to his computer, added it to a Google Doc and finished his assignment.

I made the announcement while walking toward the bedrooms of my two teens.

Had this been a typical school day, they would have been at the high school by 7:35 a.m.

Thursday was the first virtual learning day in the Milton School District. As a reporter and a mom, I joined my kids, 18 and 15, on this new journey.

Our school day started with a bit of confusion.

“I don’t have to wake up early,” said Sydney, a freshman, who usually is studious.

Specifics about virtual learning were sent to families Tuesday by email. The letter from Director of Curriculum and Instruction Ryan Ruggles and Director of Technology and Innovation Ryan Curless begins:

“In the fall, a group of Milton educators started the conversation around creating a Virtual Learning Day Plan for the school district. While the group was working on a slower roll out of this plan, including a virtual learning pilot day for the fall of 2020, the current situation with COVID-19 dictates that we need to move now.”

For six years, Milton has been a 1:1 technology district, meaning each student is issued a computer. High school students have MacBook Airs. Younger students have iPads.

Since Tuesday, Principal Jeremy Bilhorn and teachers have been sending emails with both instruction and encouragement, and I have not been able to keep up.

Spencer then headed to his desk in his bedroom and began with forensic science, in which students are learning about crime scenes and evidence. The class had been working on hair analysis. Without microscopes, it switched to handwriting analysis.

The school district uses Schoology as its learning management system for grades 4-12. Here, students find assignments, notes and other resources.

Sydney joined me at the kitchen table and clicked on an assignment.

“Oh, my gosh, I almost submitted it, and I didn’t even do anything to it,” she announced.

Beside her laptop Sydney had a spiral notebook.

“I made a list so I could cross things off, and I put the due dates—not everything is due today,” she said.

So far, she had completed work for intro to business, computers for the workplace and biology.

She still had to do Spanish (which includes recording herself speaking Spanish), English, geography and geometry.

Before he left, I asked him for a status report.

About a half hour later, Sydney decided to look at her phone: “Unemployment claims are up 33%.” She has looked at Apple News, read more headlines, then held up her phone: “Look at the picture of the cute puppy.”

Using her phone, Sydney checked her email, then played a video from Bilhorn, who encouraged students to get into a good routine.

“Get going at a good time during the day, don’t wait until noon. Set that habit. Treat it like school because this is your school.

“Make sure you’re communicating with teachers. If something is not working well, email your teachers.

“These are unprecedented times, something that will be in your history books someday.

“We don’t know how long this will go, closure will be indefinitely.

“This is again a pretty new adventure for all of us. It’s not going to be perfect to start, but we’re going to make it the best that we can.”

Sydney got up to pet Babs, the cat, who undoubtedly has had sleep interrupted.

She returned to the kitchen table, “I am finishing English and math, and then I’m calling it a day. I mean for now.”

Learning hasn’t ended, and already we have learned lots.