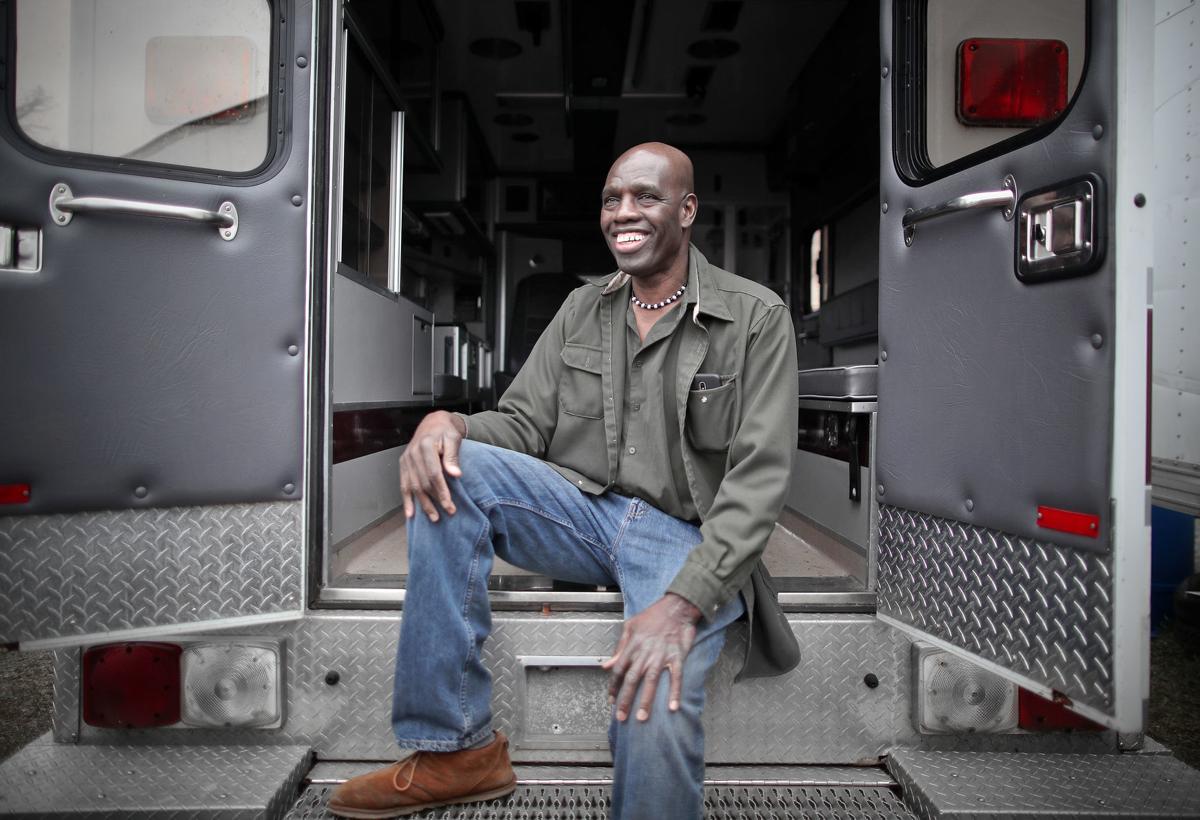 Hassimi Traore purchased an ambulance and sent it home to Burkina Faso in 2014 to be the first ambulance in the country’s history. The UW-Whitewater chemistry professor now has secured the third ambulance he will send to his home country of Burkina Faso. 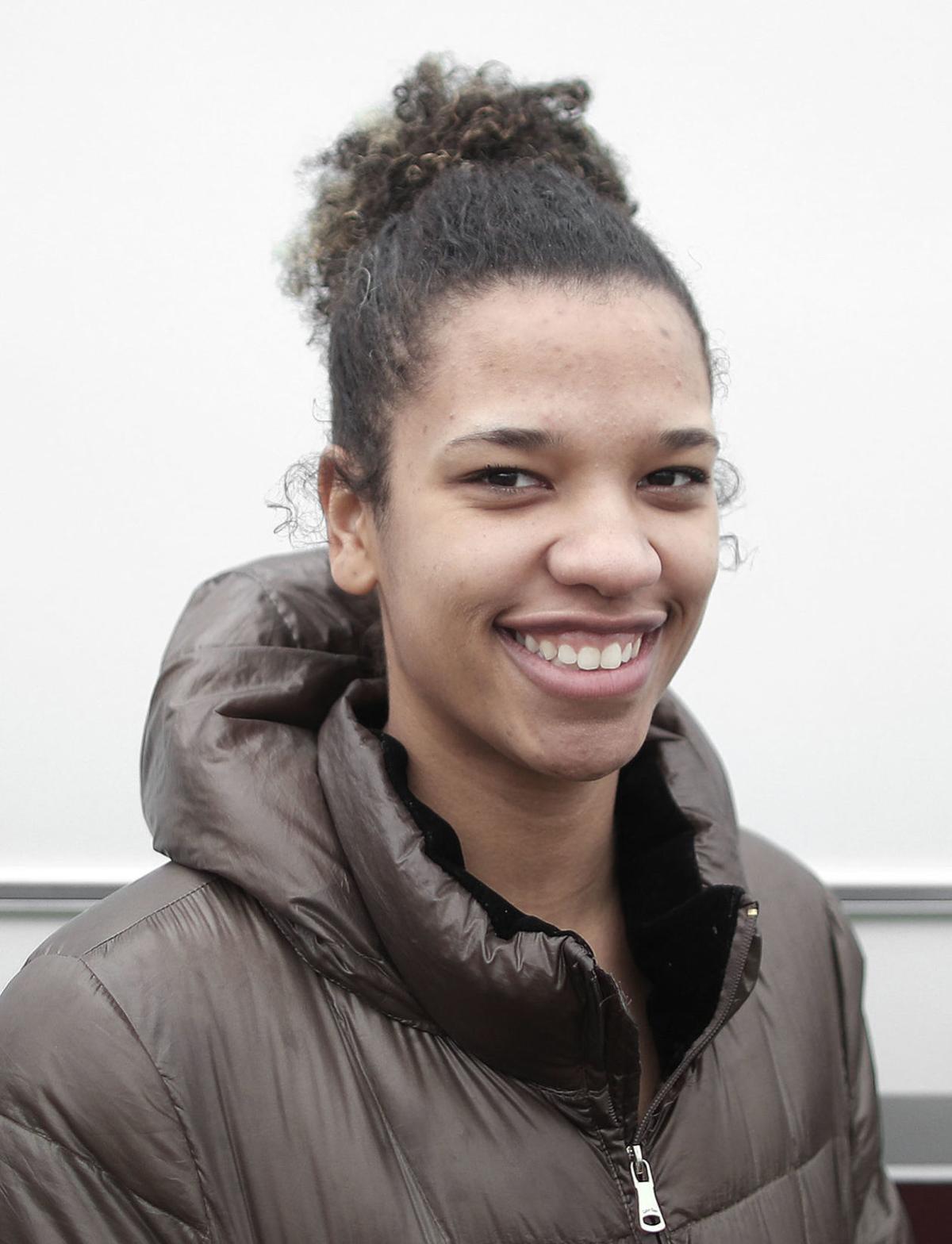 Hassimi Traore purchased an ambulance and sent it home to Burkina Faso in 2014 to be the first ambulance in the country’s history. The UW-Whitewater chemistry professor now has secured the third ambulance he will send to his home country of Burkina Faso.

Six years ago, Hassimi Traore fulfilled a life-long dream by purchasing an ambulance and sending it home to Burkina Faso to be the first ambulance in the country’s history.

The motivation came from watching his best friend die after a car-versus-moped crash when he was 12 years old in the landlocked West African country north of Ghana.

Helpless bystanders had no way to transport him five hours to a hospital.

Traore, a UW-Whitewater chemistry professor, donated his first ambulance in 2014 and a second in 2019 and secured a third one in March. Traore said he would have full ownership of the most recent ambulance by May.

Though it will take months for the ambulance to make it from Whitewater to Baltimore to Ghana and then Burkina Faso, the thought of positively influencing a part of the world in the midst of a seven-year war and now the COVID-19 pandemic brings a smile to the faces of Traore and his daughter, Myriama Smith-Traore.

“My dad is always a very positive person. At first, I was like, ‘Wow, this is really cool,’ but it’s not the first time,” said Smith-Traore, who graduated from Whitewater High School in 2017 and is a redshirt sophomore for the St. Louis University women’s basketball team. “I was talking to my friends about it, and they were overjoyed for us. And I realized not everyone was used to the positivity that pours out of my dad all the time.”

Each of the first two ambulances are proving valuable for the nation situated on the southern edge of the Sahara Desert.

“In fact, right now, because of the situation with COVID-19, they’ve both been very useful,” Traore said.

Burkina Faso already was the most impoverished nation in the region before war consumed the country of 19.9 million people and left it more vulnerable to the pandemic.

The vulnerabilities of living in Burkina Faso are nothing new to Hassimi. He has lived with that reality his entire life, and that has driven him to send medical supplies and clothing to his native land throughout his time in the United States.

When asked to offer perspective, Traore recalled classroom sizes of 80 students with as many as 70 of them not having enough food on a regular basis throughout childhood. Traore also stocks up on basic medical supplies to send to the country.

“When I go to the clinic right now (in Wisconsin), I can get Band-Aids or aspirin, but over there, it’s really difficult to get those things there,” Traore said.

Traore took a group of UW-Whitewater students to Burkina Faso when he delivered the first ambulance in 2014. On that trip, the group visited a hospital and, Traore said, the sight of the operating room was enough to bring tears to the students’ eyes.

All of these circumstances have made a lasting impact on his family.

“I don’t like to waste things. I’m always thinking about how I can reuse things I have,” Smith-Traore said. “When I was moving out of my apartment in St. Louis (after campus shut down), my roommate gave me a bunch of extra shoes and clothes.”

Since sending the first ambulance six years ago, Hassimi has founded a nonprofit organization specifically to help widows and children. He was motivated to start the foundation because he was raised by a widow and has firsthand experience of the value of a $20 regular contribution from a couple in Canada. The purpose of the nonprofit is to help connect people who want to help with people who need help.

Delivering the first ambulance was his way of paying tribute to his late childhood friend. After seeing the impact that donation had, he was driven to continue to pay it forward.

“When I got the first one, I didn’t think about how much it would change people’s lives; I was doing it because of my experience,” Traore said. “I received letters from pastors or priests that said it touched them so much. I realized it was really something important.

“When I went home, I received a call from someone telling me how their life had been saved and how great it was to have an ambulance to save more lives.”

Health officials have detected COVID-19 in “all major Walworth County communities,” and testing resources are going to people in critical condition, the county said in a news release Friday.