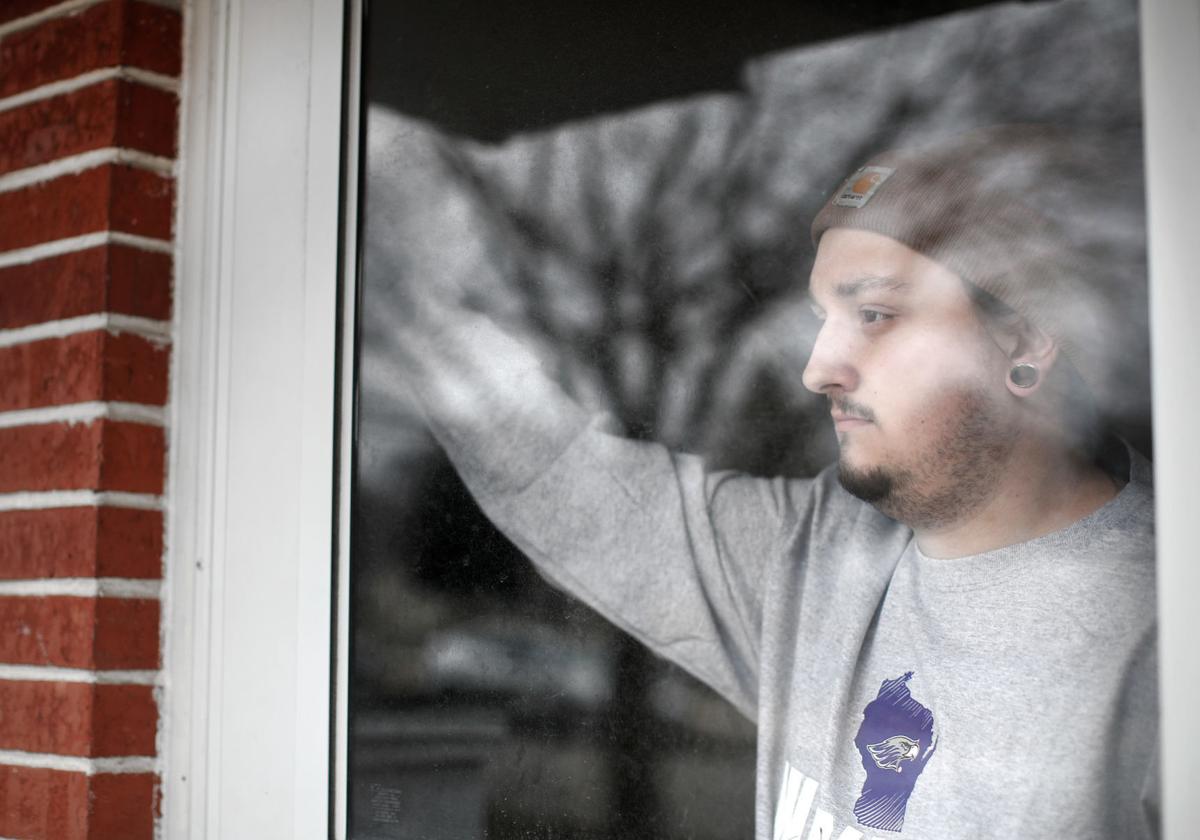 Ben Skowronek was fired from his job because he missed a work shift when he self-isolated at his Whitewater home after a trip to New York City with his girlfriend. The Walworth County Public Health Department recommends that those who have visited New York self-quarantine for 14 days to prevent the potential spread of COVID-19 upon their return. 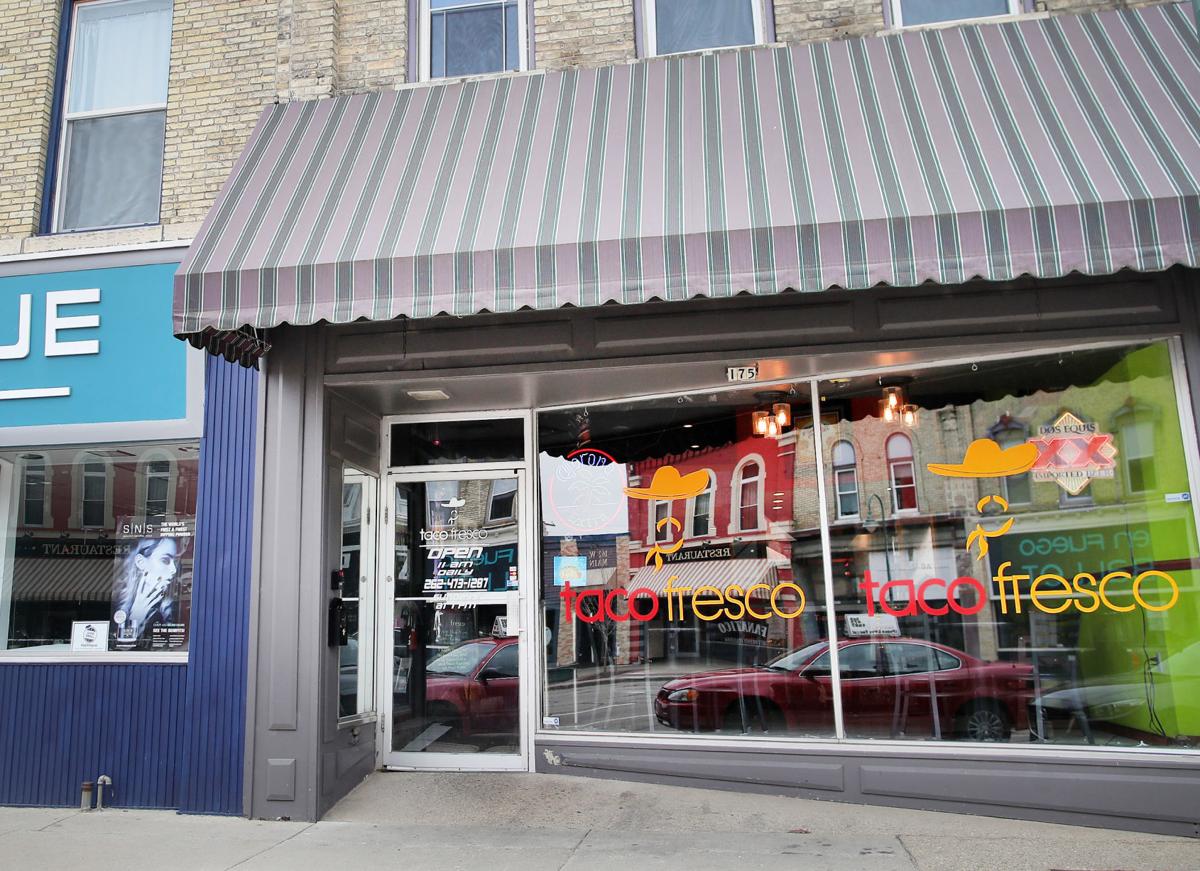 Ben Skowronek says he was fired from Taco Fresco in Whitewater after missing a work shift when he self-isolated at his home in Whitewater. He recently returned from New York, which has a number of COVID-19 cases.

A Whitewater man said he was fired Sunday from his job as a cook at Taco Fresco because he missed a shift during a county-recommended period of self-isolation after a trip to New York City last week.

The restaurant’s owner strongly denied firing the man or anyone else because they were sick, adding it was for other reasons.

A March 11 email from UW-W officials said Walworth County’s health department recommended those who have traveled to a “high-risk location for contracting COVID-19 or coronavirus” should self-isolate for 14 days.

Upon returning to Whitewater, Skowronek said he informed the bosses at both of his jobs. He did not think he could handle food safely because of the possibility that he was sick.

While he said one boss was understanding, he said his boss at Taco Fresco, Garret Witterholt, “gave me a hard time.”

“I do not feel that it would be responsible for me to be around people during this next week,” Skowronek said in a message sent to Witterholt on Saturday. “For the safety of you, our coworkers and most importantly our customers I’m not going to work tomorrow.”

Skowronek was told the restaurant would be closed for the weekend and said he was never told otherwise. Witterholt disputes this, saying he sent out a message to the staff. Skowronek said he did not see a Facebook post from Sunday morning saying the business would be open.

On Sunday shortly before 7 p.m., his boss told him he was fired.

“I feel let down,” Skowronek told The Gazette on Monday. “I feel betrayed.”

Witterholt, the restaurant’s owner, told The Gazette late Monday that not showing up for his shift was a “final straw” and not the only reason he fired Skowronek. He said Skowronek didn’t provide adequate proof about his situation, adding that he should not have gone to New York in the first place given the risk of getting sick.

Witterholt stressed he would never make a decision that would risk making the food less clean.

In a Monday afternoon Facebook post that lists steps the restaurant has taken to keep the community safe during a COVID-19 spread, the restaurant also said three employees were removed.

Witterholt said Skowronek was not singled out. He said he is a business owner who has to make tough budget decisions—especially with how the coronavirus has affected restaurants—so “compounding” factors meant Skowronek was one of the employees to go.

The reasons listed on Facebook that Witterholt said applied to Skowronek specifically include showing up to work late (Skowronek said he has been late maybe five times in nearly three years) and being a no-call, no-show (Skowronek maintains he was only told the restaurant would be closed).

Skowronek has worked as a cook at the restaurant since May 2017 with the exception of one two- or three-month period when he left.

“I don’t believe that there should be any way that employers should be able to fire someone in a situation like this without facing repercussions,” Skowronek said.

He said Monday he physically feels OK, but he is still self-isolating out of safety concerns. He acknowledges staying in New York for a bit to complete a planned vacation before driving back to Wisconsin was not the best decision.

While he expressed some worries about his own health, his concern goes beyond himself.

He knows he has family he can move in with if necessary. He knows there are others out there like him who have or will lose their jobs as COVID-19 spreads.

He said certain measures, such as paid sick leave and other protections, are needed.

Skowronek, whose Facebook profile picture shows him supporting Bernie Sanders in the presidential primary, said the current pandemic shows the need for “Medicare for All.”

Health officials offer these tips for preventing the spread of COVID-19 and other diseases:

Ten Rock County patients have tested negative for COVID-19, the disease caused by the novel coronavirus.