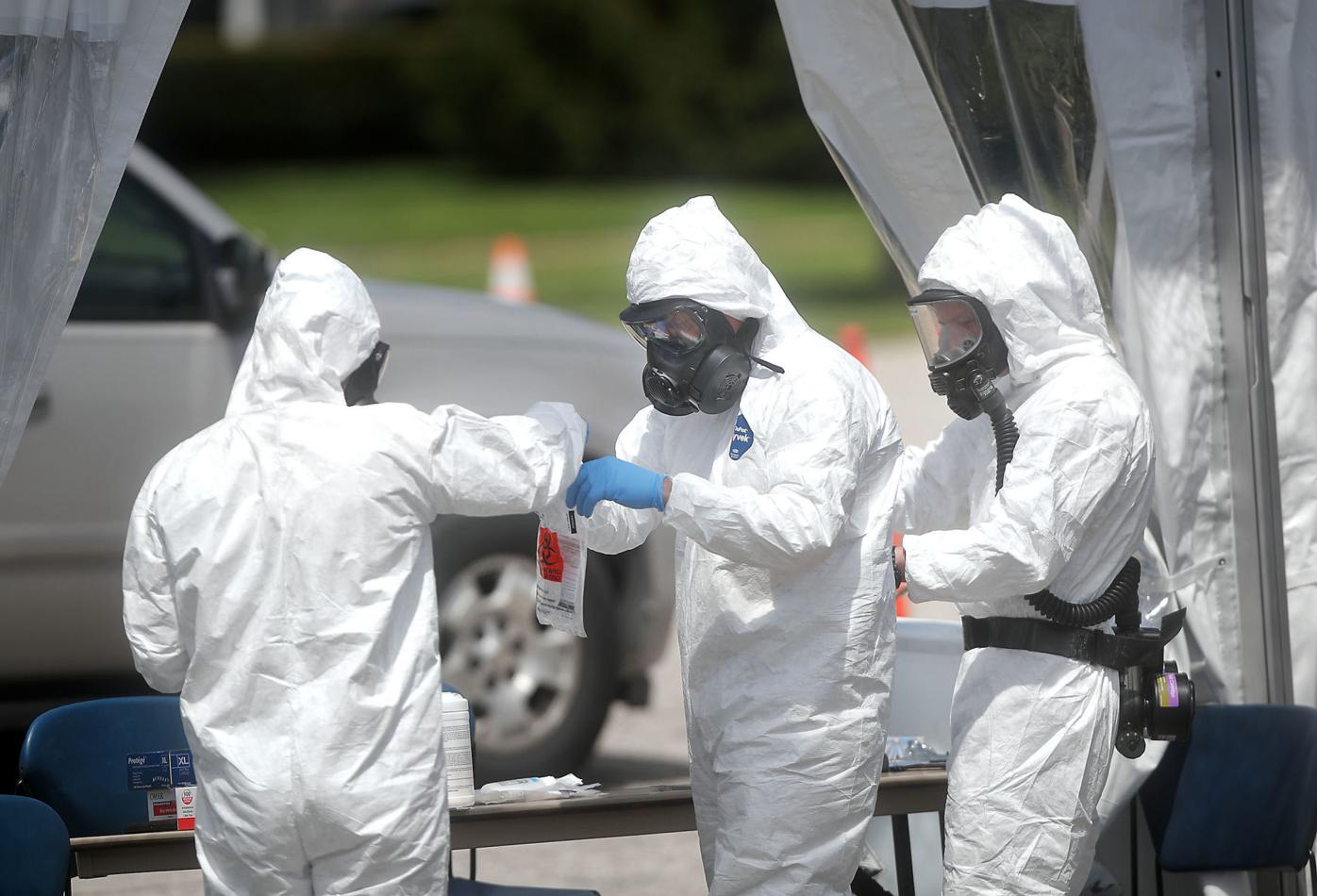 A swab is placed into a bag as members of the Wisconsin National Guard help with COVID-19 testing at Krueger Park in Beloit in May. 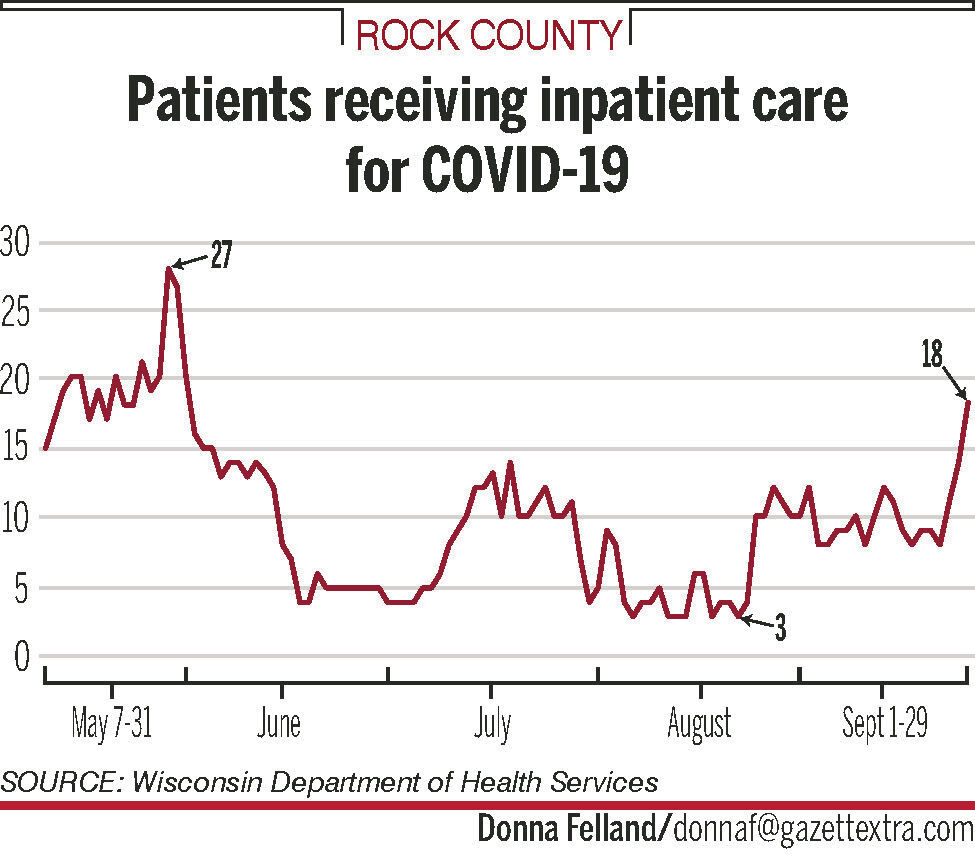 Eighteen people are hospitalized in Rock County with COVID-19, the most in a single day since May 28.

The number of hospitalizations has steadily increased since late August, according to data from the Rock County Public Health Department.

It is unknown publicly how this week’s numbers will affect those resources.

Since March, the county has had 2,601 confirmed cases and 32 deaths. Of all who have been infected, 8% have been hospitalized, according to county data.

Eighteen percent of test results returned Tuesday were positive. The positivity rates Sunday and Monday were 38% and 6%, respectively.

State officials are pleading with residents to take precautions as infections continue to climb statewide.

The state has tacked on more than 2,000 new cases per day in eight of the past 14 days, including 2,367 new cases reported Tuesday, according to state data.

The seven-day rolling average of new cases in Wisconsin was 2,232 as of Monday, according to data from the Centers for Disease Control and Prevention.

Minnesota’s seven-day rolling average was 888—1,344 fewer than Wisconsin’s—as of Monday. Minnesota’s population is comparable to Wisconsin’s, about 3.14% smaller.

Local health departments across the state are struggling to keep up with contact tracing, said Ryan Westergaard, the state’s chief health officer and epidemiologist, in a media briefing Tuesday.

The county’s goal is to reach 75% of contacts within 48 hours.

“We are in crisis right now,” Westergaard said.

Young people ages 18 to 24 accounted for the largest increases in new cases across the state throughout September, but that age group is slowing as other groups pull ahead, said Andrea Palm, secretary of the state’s health department.

In Rock County, 22% of COVID-19 cases have been in people ages 15 to 25, a number that has increased in recent weeks.

People ages 25 to 34 have the next highest percentage of cases at 17%, according to county data.

Gov. Tony Evers blamed President Donald Trump and Republican leaders who have challenged his efforts to slow the virus by downplaying its severity, according to The Associated Press.

Meanwhile, restrictions in some Illinois counties are tightening because of increasing COVID-19 cases.

As of Oct. 3, bars and restaurants will not be allowed to offer indoor dining or indoor dancing in counties directly south of Rock County, including Winnebago and Boone.

Rock County recommends businesses remain open at 50% capacity, but the county does not have the legal authority to enforce the recommendation.