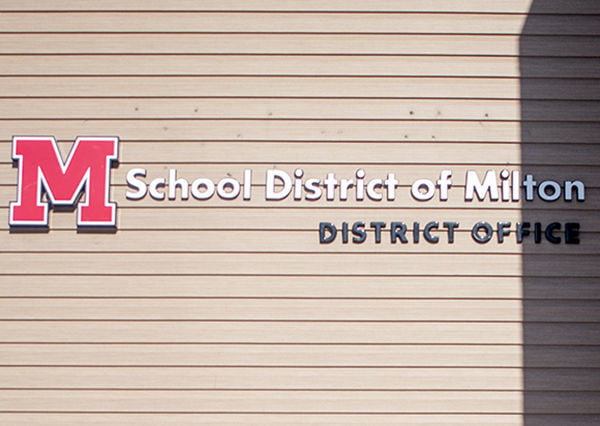 The Milton School District will continue to pay hourly support staffers through May 1 or the date they return to regular work, whichever comes first.

The Milton School Board made the decision at a special videoconference meeting Wednesday.

About 200 employees are considered support staff, including educational assistants, nurses and aides, Superintendent Rich Dahman said. About 75 of them are able to perform their jobs off-site, which is what they have been doing, he said.

Other support employees can’t do their jobs if they’re not in schools or with students. The district will pay them while they’re home, and they will make up the difference with unpaid work when school resumes.

“We know that we will have times where we won’t have work for all of these staff to do. ... Any time we don’t have enough work, they bank the number of hours that they work, and we would have an agreement that they would complete that work later,” Dahman said.

“There is an expectation that the work would be done later and paid for now.”

District officials wanted to offer that solution as an alternative to layoffs or furloughs, Dahman said.

“We’re looking at something that both keeps our staff home but also provides assurance that that work is being done,” he said.

Wednesday’s decision also gives Dahman the ability to make changes in operations on the board’s behalf during the COVID-19 pandemic.

The board will meet again April 27 and could reconsider or fine-tune the decision.

“This is a short-term solution to get us to May 1 and then continue to evaluate things as they become available,” Bradley said.

Support staff unable to finish their work during the shutdown could make up some hours during summer school, he said.

Dahman also mentioned the possibility that support staff could help move equipment and furniture into the new elementary schools this summer during referendum construction.

Forms outlining the pay plan will be sent to support staff. If an employee is paid during the shutdown and quits before working off the required hours, the worker would have to refund the remaining money to the district, Dahman said.

Athletic coaches and club supervisors aren’t part of the plan. Dahman said district administrators planned to meet Thursday to discuss how to handle those employees.

“I personally think that it’s fair for us to continue to provide compensation for these people but ask them to continue to work,” he said. “Many of them have provided individual training. … A lot of work has gone into these things (sports and clubs) already, and they continue to stay in touch with these students.”

Dahman said the board will likely discuss the matter at its April 27 meeting.