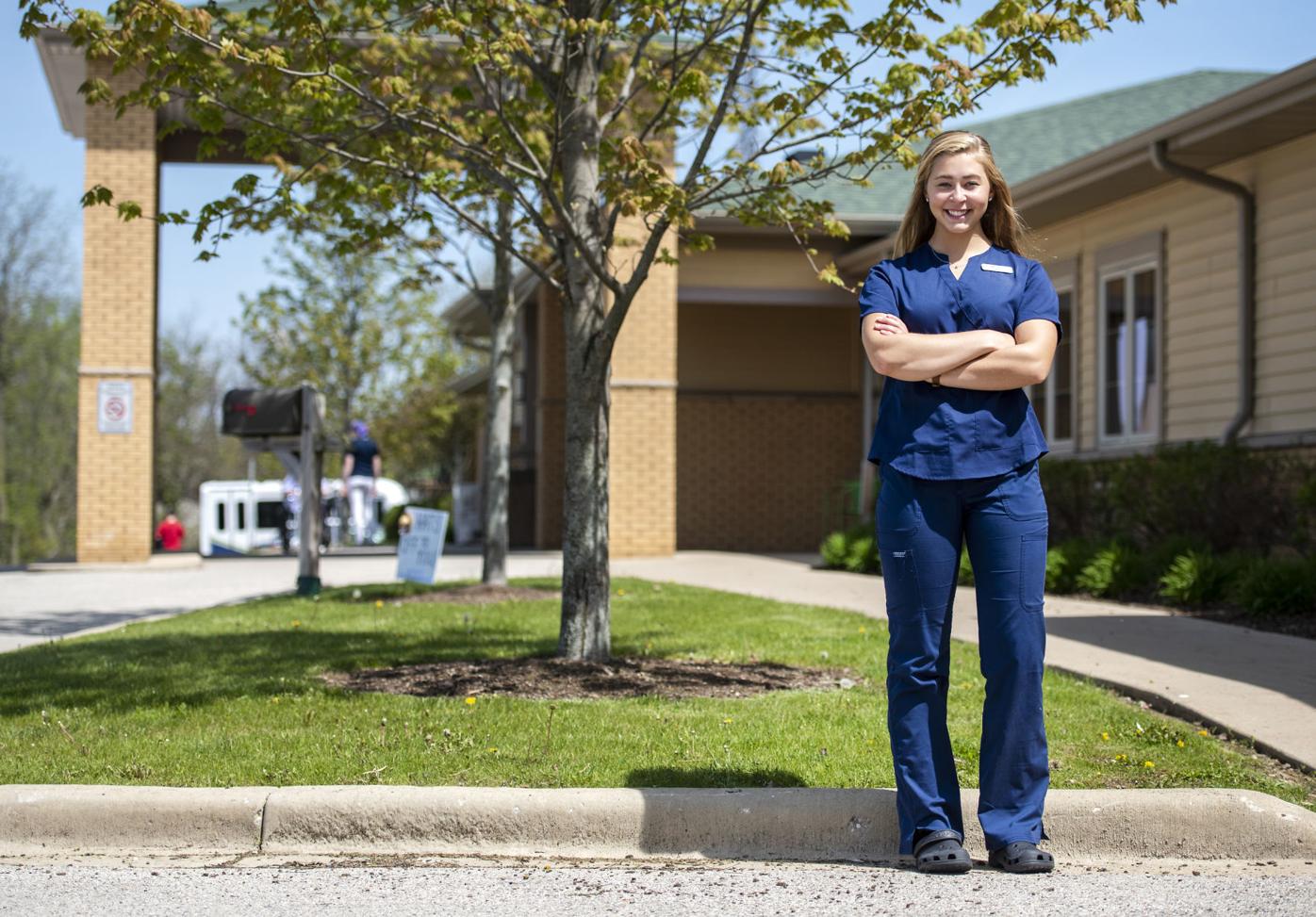 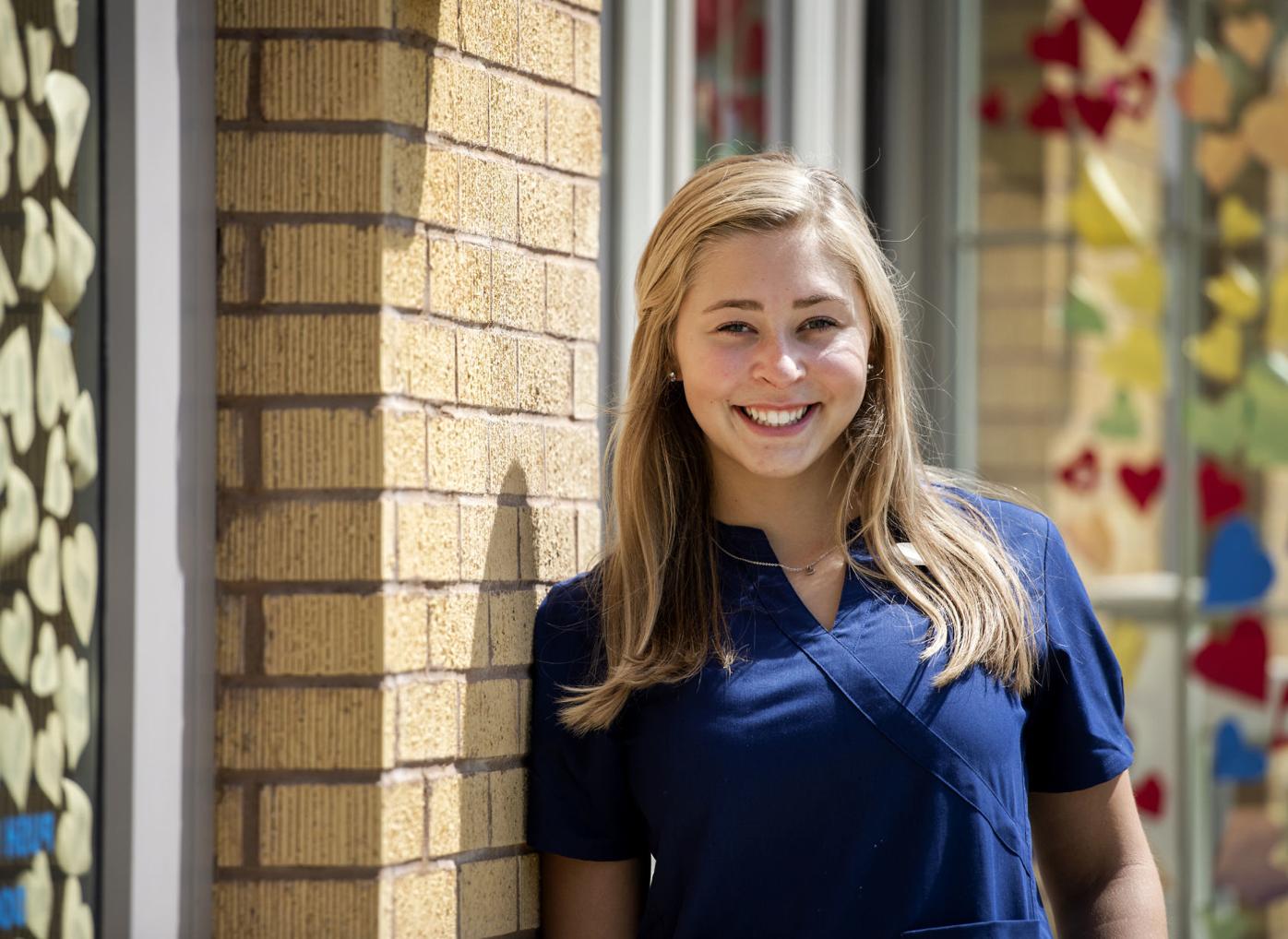 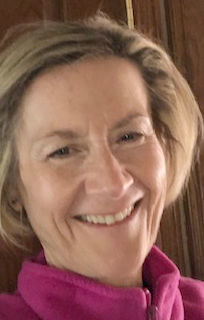 Abigale Greenwald had a choice.

Since about the end of November, she had been working as a certified nursing assistant at Holton Manor, a nursing home in Elkhorn.

But the coronavirus pandemic was in Wisconsin, and such facilities would be particularly vulnerable to an outbreak. She was just a student working there through the Elkhorn Area School District’s youth apprenticeship program.

So, she didn’t need to continue at Holton Manor if she felt uncomfortable.

And yet, this was her calling. Her parents left it up to her.

She was “dead set” in her decision.

“I love my job,” she said. “If I’m going to have a career in the health field, then I need to be able to work when it’s at its worst. So, I wasn’t going to let COVID stop me from working.”

Greenwald isn’t the only Elkhorn student working at Holton Manor. Her close friend, Kaylee Bakko, also a senior, is working there on weekends as an activity aide who plays games and keeps company with the residents.

She said she started in late March or early April, not long before the facility reported its outbreak.

Elkhorn School District officials wanted to recognize Greenwald and Bakko for their brave work during the pandemic.

“I am very impressed,” said JoAnne Pella, career and technical education coordinator at the high school. “I just can’t say in words the admiration I have … Our community needs to know about this.”

Still, Pella worries about all her students. There are about 40 or 45 students in work-based learning programs, and she said only maybe six of them lost their positions because of the pandemic.

The worry keeps her up at night sometimes. But she knows life is full of risks.

Holton Manor realized that risk when on April 20 it became one of the publicly identified facilities with a COVID-19 outbreak, which at the time was defined by Walworth County health officials as three or more “residents or staff from the same unit with illness onsets within 72 hours of each other.”

Bakko and Greenwald got the news via email. They said they felt some fear, but ultimately, they trusted themselves and the facility enough to stay safe.

County health officials said last month that the outbreak at Holton Manor was more controlled than were the others at Holton Manor’s sister facility, Geneva Lake Manor in Lake Geneva, and the Birds Eye food processing plant in Darien.

Greenwald and Bakko both praised how Holton Manor has kept everyone safe during the pandemic.

And they are both particularly careful upon returning home—getting changed before coming in, showering right away, wiping down surfaces they touch and the like.

Bakko said her mom has been a nurse her whole life, so she understands the need to stay safe. In fact, she said her mom works at Lakeland Health Care Center, which county health officials said had a staff member who tested positive.

Greenwald worked a lot in April. She didn’t have as much schoolwork to do, so she was working more than 40 hours in some weeks.

“I was exhausted like all the time,” she said. “But it was definitely worth it. Also, I know now that I can handle all that stress.”

She loves the residents and seeing them smile when she says good morning. She fondly remembered Mother’s Day when families would visit through windows and hang flower baskets for residents.

Bakko feels thankful that she can lift residents’ spirits. They play cards, color and sing songs.

She said it feels hard to leave them at the end of a shift, but it also feels rewarding.

“Knowing that I’m making their day makes me feel a little bit better about working there,” she said.

Ultimately, Greenwald wants to be a delivery and labor nurse. Bakko loves kids and wants to go into teaching.

This might not have been the end to their senior years that they envisioned, but both of them have plans to attend UW-Milwaukee in the fall.

And for the summer, they want to get more hours working at Holton Manor.

Walworth County’s health department will not issue an order to replace the governor’s safer-at-home order, which was struck down, but instead issued guidelines for how businesses can run safely.