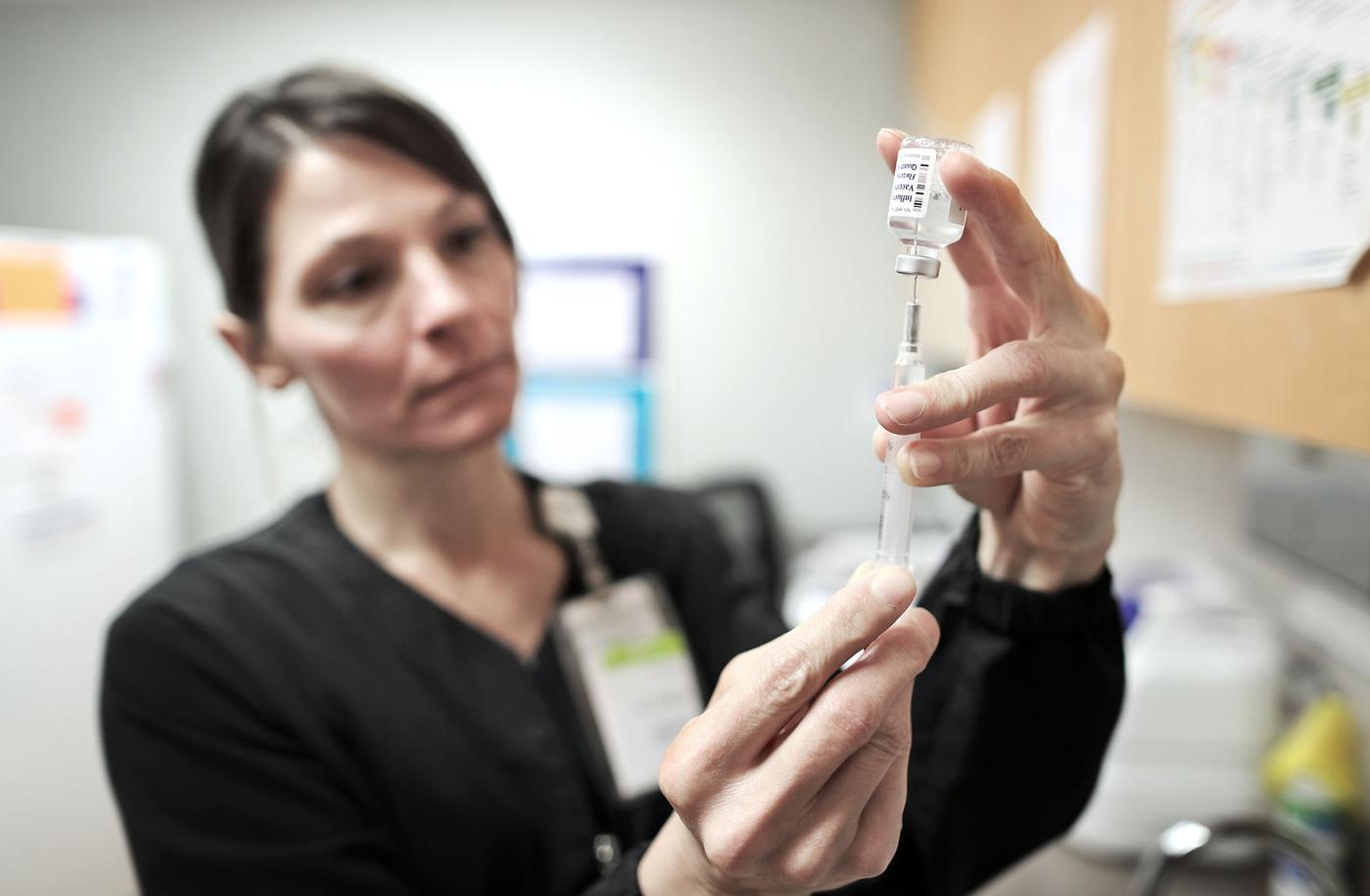 Certified medical assistant Jen Sampson draws flu vaccine into a syringe before vaccinating a patient at SSM Health St. Mary’s Hospital-Janesville in 2017. Benjamin Chao, a family medicine provider at Dean Medical Group-Janesville East, says flu shots will be even more important this season because of COVID-19. 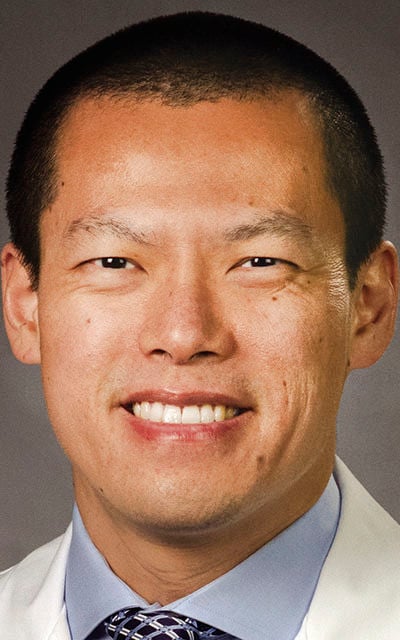 Rock County is about to enter a season where COVID-19 meets the latest batch of influenza viruses.

Nationwide, critics of virus safety precautions have falsely claimed COVID-19 is equal to the flu in how it affects health. Some have asked why COVID-19 is such a big deal when people die every year from the flu.

COVID-19 has been about nine times more deadly than the most recently recorded flu season, according to data from Rock County’s health department.

The number of flu deaths totals in the tens of thousands in the U.S. each year. By contrast, COVID-19 has killed more than 200,000 people in this country, said Benjamin Chao, a family medicine provider at Dean Medical Group-Janesville East.

Since COVID-19 first appeared in Rock County in March, the disease’s mortality rate has been 23.9 for every 100,000 people.

Thirty-nine people have died from COVID-19 in the county so far.

Local hospitals still have the capacity to treat patients, but other hospitals in the state have reported being full or stretched thin, prompting the state to open a field hospital at the State Fairgrounds in West Allis.

Although not as deadly as COVID-19, flu is still a serious illness that people should be concerned about, said Erica Mathis, a spokeswoman for SSM Health.

COVID-19 cases generally last longer than most flu cases—typically about two weeks compared to one week for the flu. Some people report COVID-19 symptoms lasting for weeks and months.

Both diseases are particularly dangerous for elderly people or those with pre-existing health conditions or compromised immune systems.

The biggest difference between the two, Chao said, is the flu has both a vaccine and proven courses of treatment, such as Tamiflu.

Flu vaccinations will be key this year, and Chao recommends that everyone older than 6 months of age get a flu shot.

The shot is safe for pregnant women, and contrary to some claims, it will not make people sick, Mathis said.

Providers already have seen increased demand for flu shots this year, Chao said. He suspects that is because the pandemic is on everyone’s minds.

About 16% of Rock County residents have received flu vaccines for the 2020-21 flu year, said Nick Zupan, an epidemiologist for the Rock County Public Health Department.

That’s more than half the 35% of Rock County residents who got vaccinated in the entire 2019-20 flu season.

Flu season typically begins at the end of the year and can last until late winter or early spring.

Cases tend to peak in January when the weather is coldest and everyone is stuck inside, Chao said.

Last flu season, at least 144 Rock County residents contracted the flu, though county numbers are likely lower than the actual number of flu cases because many people don’t see a doctor or get tested for the flu, Zupan said.

There are 1,428 active and confirmed cases of COVID-19 in Rock County. Since March, the county has recorded 4,292 cases.

Where to get a flu shot

Patients can contact their health care providers about getting a flu shot or attend a Mercyhealth flu shot clinic at these locations:

Those who wish to pay out of pocket will pay $38 for a flu shot or $68 for a high-dose vaccine.

SSM Health patients can call 877-277-3326 or use MyChart to contact their providers to schedule flu shots. All physicians are able to give the flu shot.

Residents who do not have primary care physicians may call to establish care and receive their flu shots. They may also call 608-371-8250 to schedule a vaccination during the public flu clinic at Dean Medical Group-Janesville East.