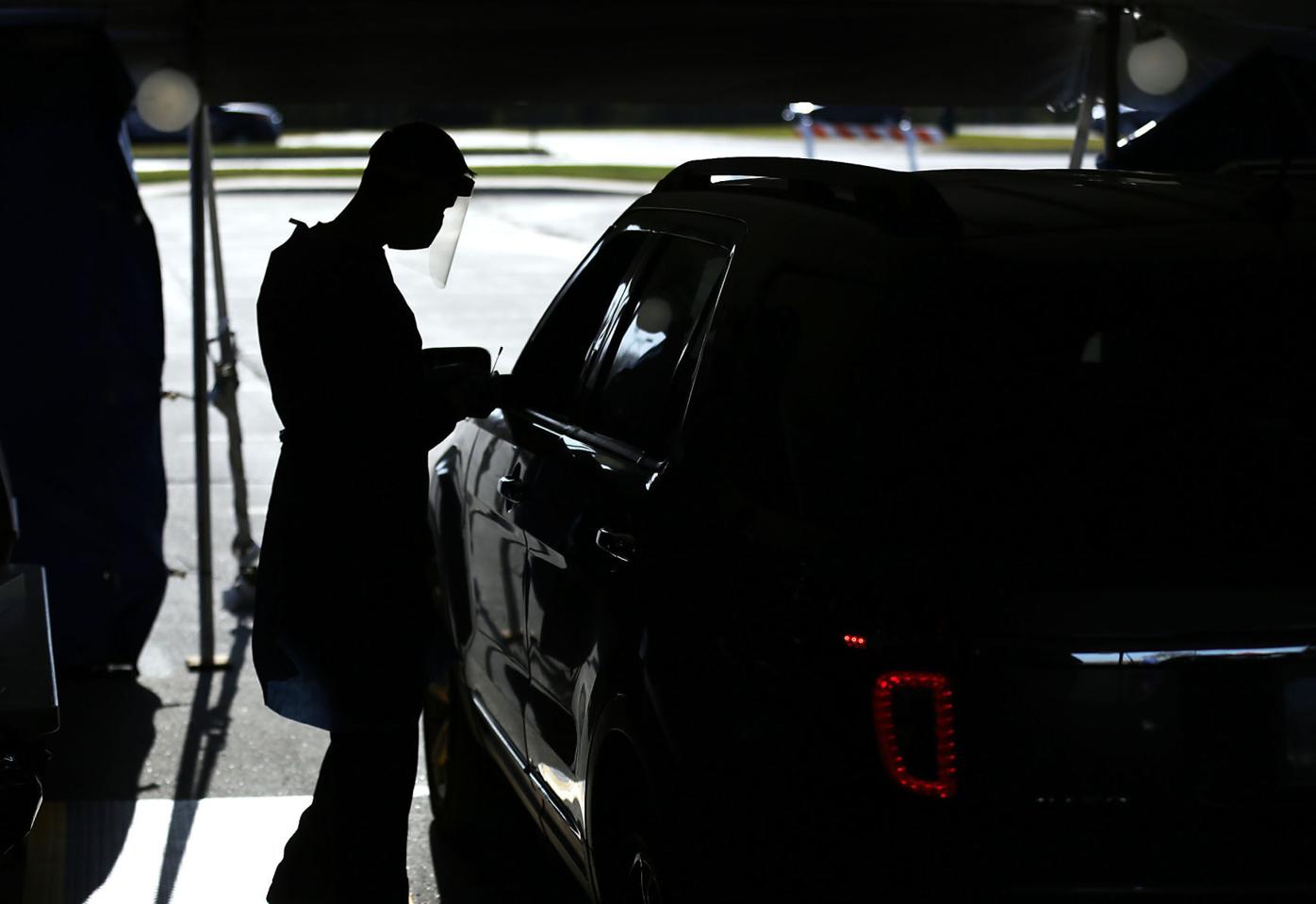 Members of the Wisconsin National Guard medical team help with free COVID-19 drive-thru testing at Blackhawk Technical College’s central campus between Beloit and Janesville on Thursday. In response to high demand for testing, the team now has supplies to test 400 more people per week. 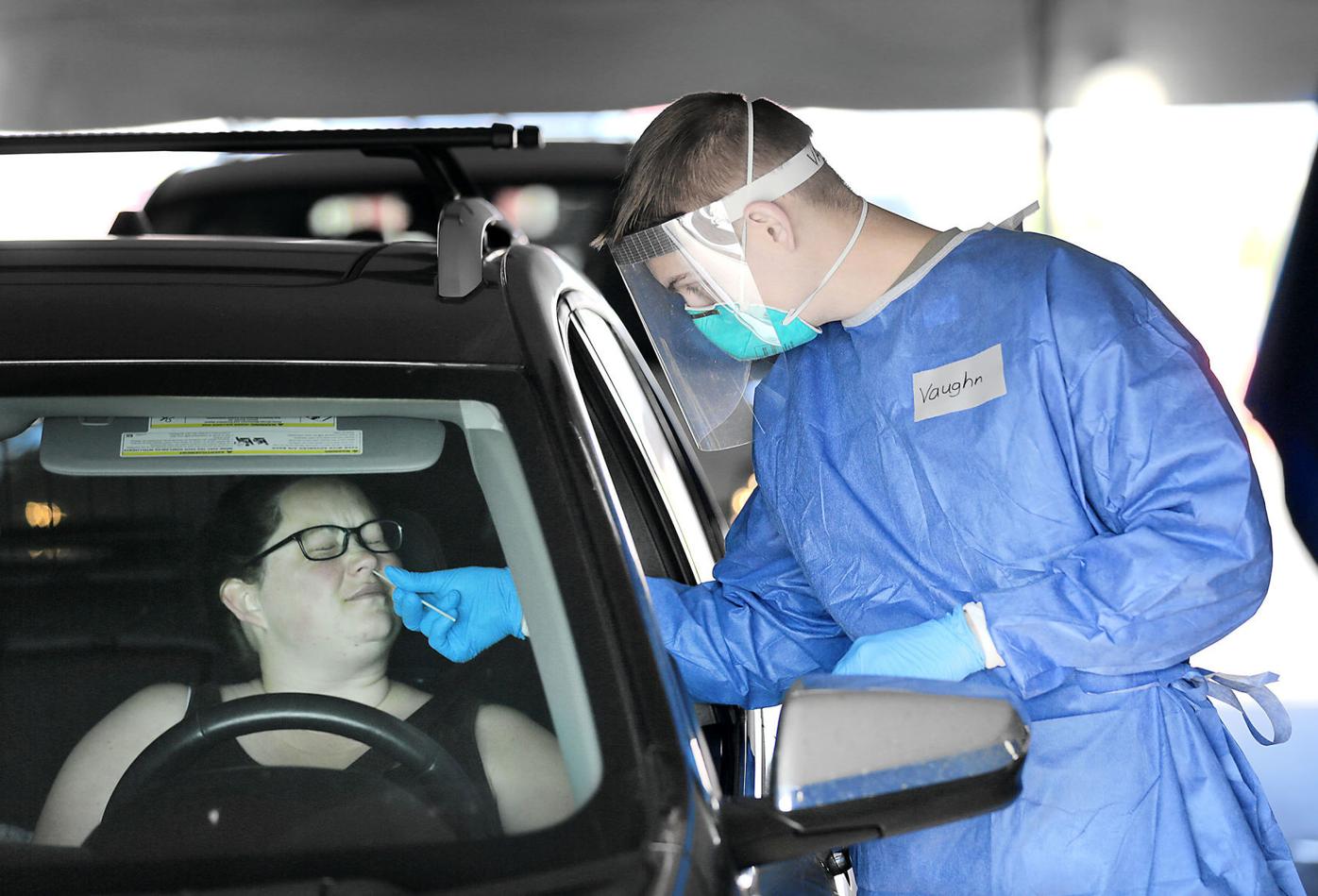 A member of the Wisconsin National Guard medical team uses a nasal swab to collect a sample from Jill Cooley during the free COVID-19 drive-thru testing at Blackhawk Technical College’s central campus on Thursday. 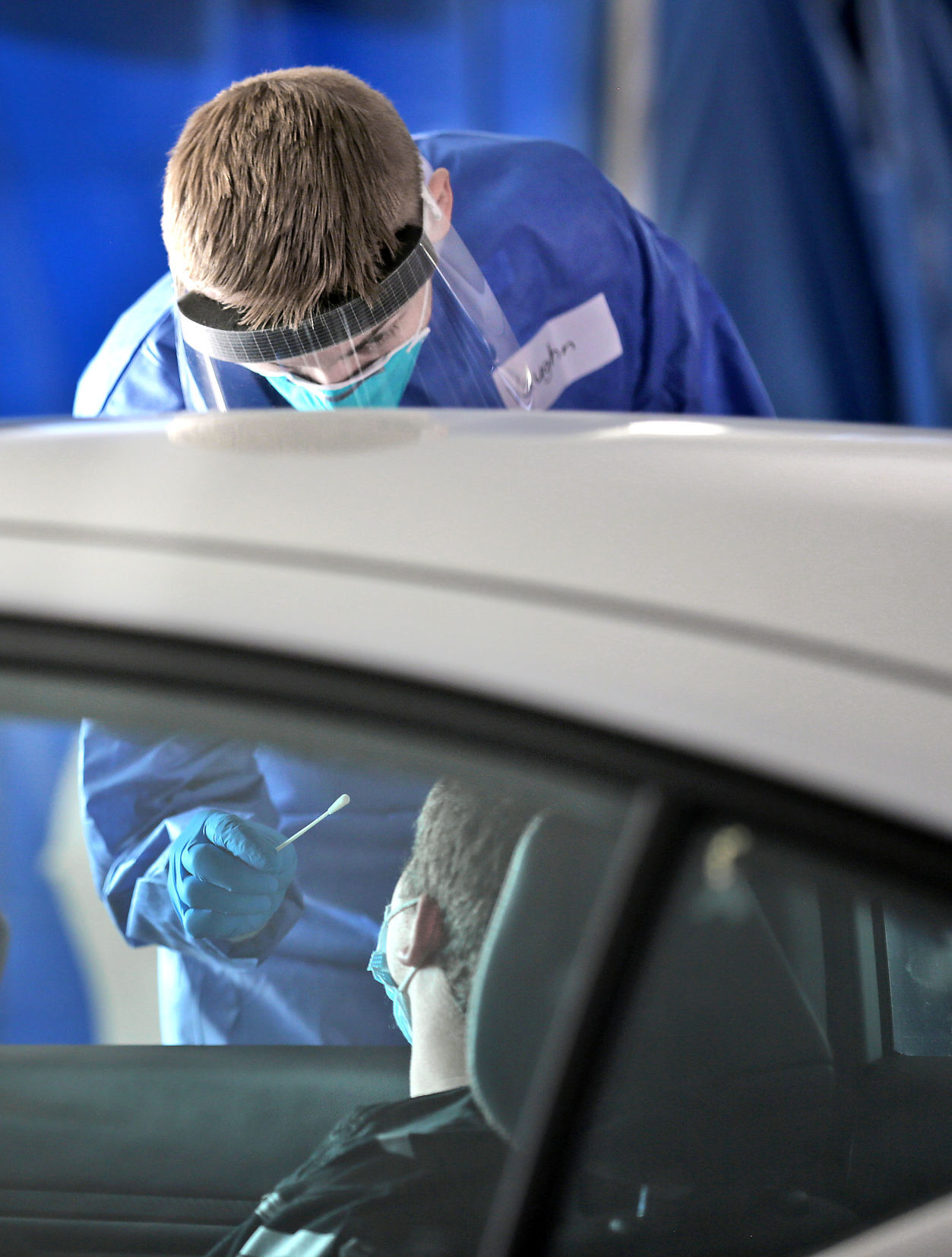 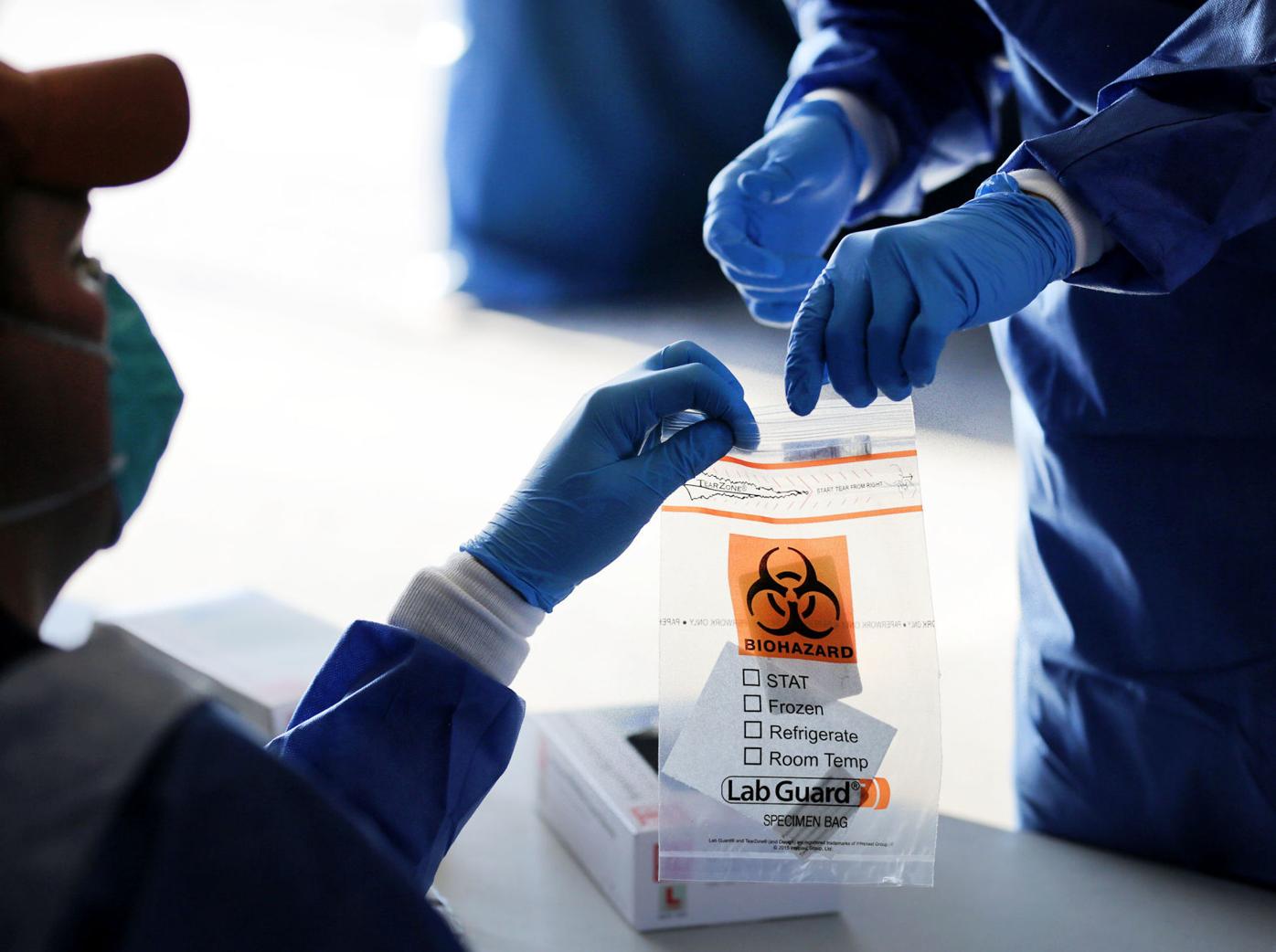 A collected sample is dropped into a medical bag as members of the Wisconsin National Guard medical team assist with free COVID-19 drive-thru testing at Blackhawk Technical College’s central campus on Thursday, Nov. 5.

The increase in testing capacity is in reaction to high demand in the site’s first two weeks of operation, BTC spokeswoman Jennifer Thompson said.

The site will have supplies for 650 tests per day, up from 450 per day last week, Thompson said.

The test site, which is open Wednesdays and Thursdays, shut down early during its initial two weeks because supplies ran out.

On Thursday, 533 tests were administered, down 74 from the week before, Thompson said.

She said demand dropped slightly this week, but there was still a steady flow of people getting tested.

Public health officials predict testing demand will remain high as COVID-19 continues to surge nationwide and as Thanksgiving and other holidays approach.

Rock County saw a record number of COVID-19 hospitalizations for the second consecutive day Thursday, with 50 people being treated across the county. That’s up two people from the previous record of 48 on Wednesday.

Mark Goelzer, medical director at Mercyhealth, said local hospitals still have capacity and resources for patients with coronavirus and those needing other care.

There is still time to turn things around before local hospitals hit their breaking points, but that can only happen if people take precautions such as wearing masks, social distancing and staying home as much as possible, he said.

The county reported one more COVID-19 death Thursday, bringing the total to 48.

There are 2,151 active and confirmed cases of COVID-19 in the county, up 35 from Wednesday, according to data from the Rock County Public Health Department.

Of test results reported Thursday, 31% were positive. County epidemiologist Nick Zupan has said any positivity rate greater than 10% is concerning.

Goelzer said the ongoing surge in COVID-19 cases is caused by a combination of schools and universities opening, more people being inside because of the weather and more people gathering in general.

It takes two to four weeks after an event for the impact of community spread to be seen, he said.

Goelzer said the community was in better shape in summer because of the lingering effects of the safer-at-home order and other guidelines, as well as more ability to gather outdoors.

What: Free drive-thru COVID-19 testing for any Wisconsin resident.