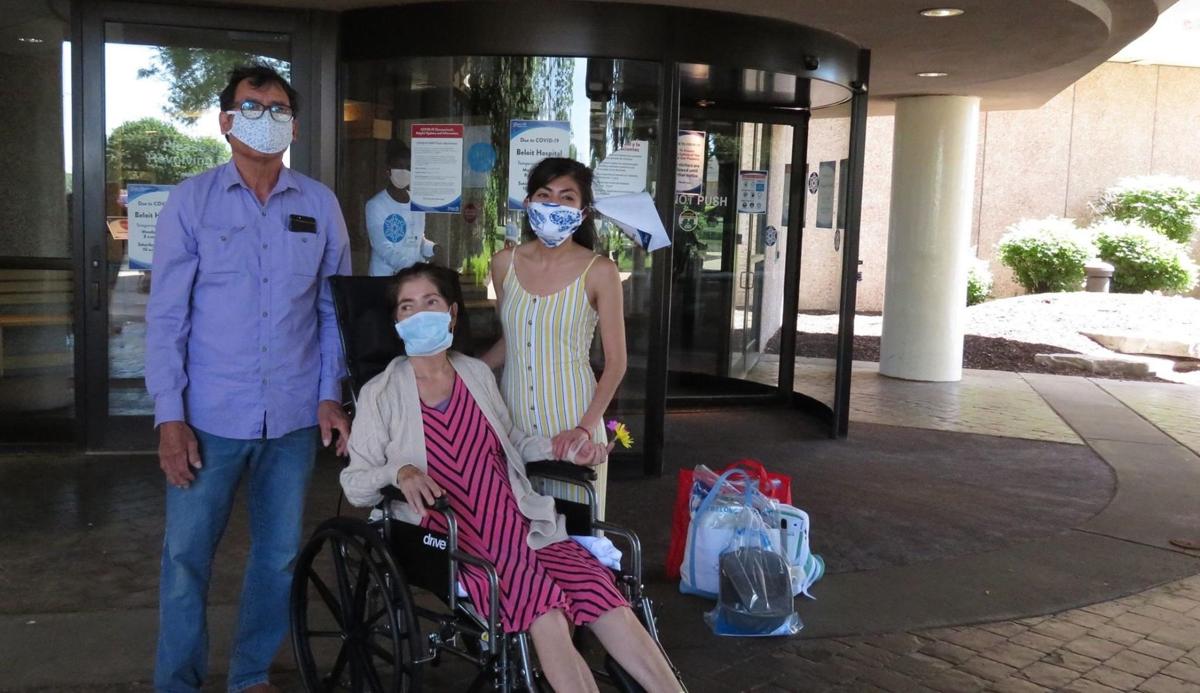 Felix Gama, left, stands beside his wife, Dionicia, and daughter Martha outside Beloit Memorial Hospital on June 2. Felix tested positive for the coronavirus on April 22, and Dionicia spent more than a month in the hospital before coming home. 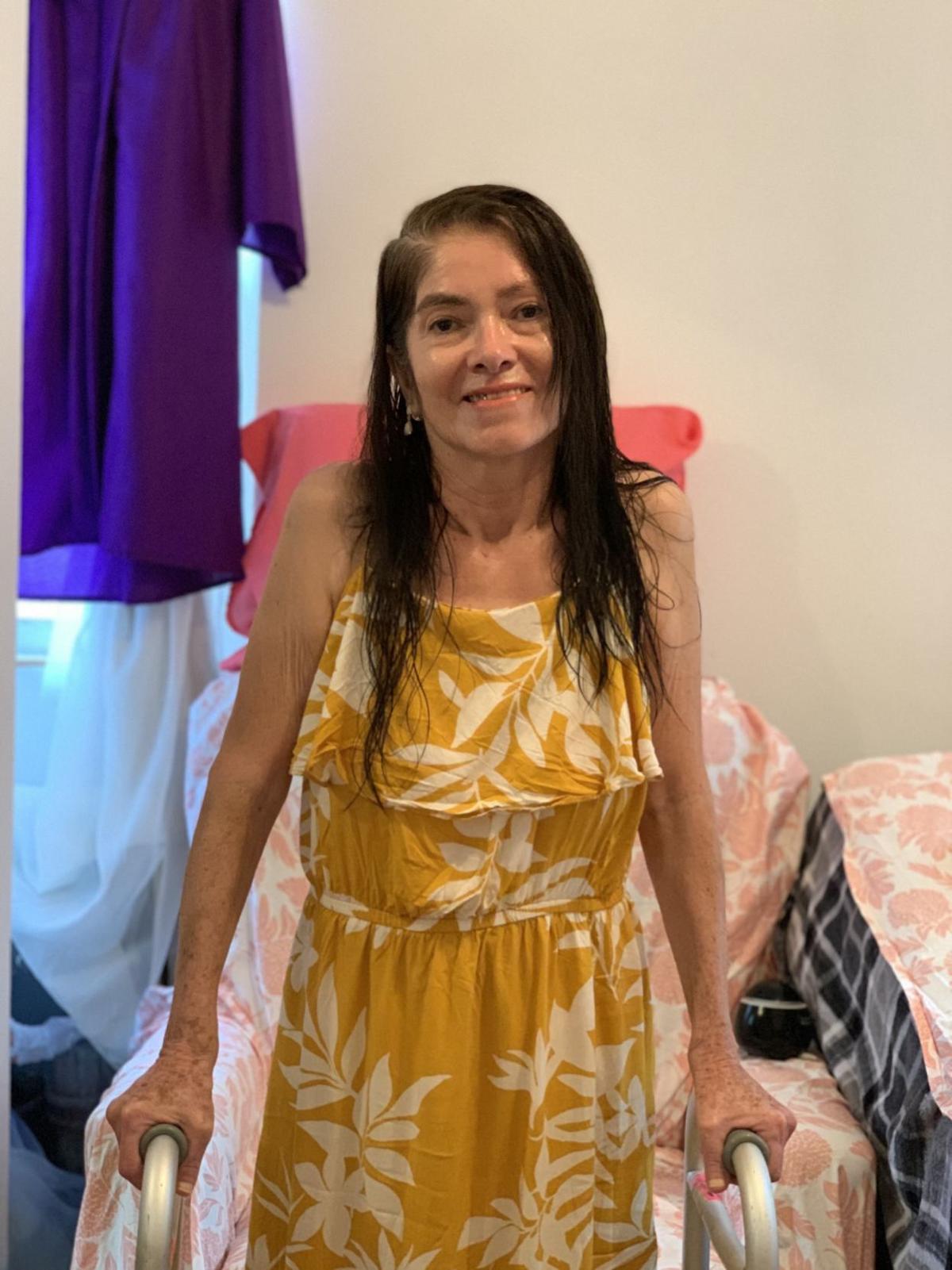 Dionicia Gama uses a walker to get around after being on a ventilator during treatment for COVID-19.

During some of the hardest days of her life this spring, Martha Gama found comfort in prayer and the occasional video call with her mother, who was fighting for her life against the coronavirus.

“I wanted to see her. I wanted to talk to her. Waiting for that call was all I looked forward to in a day,” said 27-year-old Martha. “In all my life, I’ve never been so in touch with God as now.”

Her 60-year-old mother, Dionicia Gama, spent more than a month at Beloit Memorial Hospital and was put into a medically induced coma twice. The family says it is a miracle she survived, and they feel grateful.

Because her mother primarily speaks Spanish, Martha helped translate what her mother would say for the nurses and staff over the phone.

Dionicia said she is happy to be home with her family again. She still needs help walking but is feeling better each day.

“I do feel better every day. I also feel more happy. My daughter takes care of me, and my daughter-in-laws help, too,” she said. “With their care and love, I’m making so much progress.”

Martha recently moved back home from Chicago after taking a job as a bilingual crime victims advocate in Elkhorn. She returned to work last week.

Martha’s five older brothers have taken turns buying groceries for their parents. Out of an abundance of caution, they leave the bags at the door and wave to their mother through the window. Frequent hand washing and more showers are also a must at home to prevent illness.

After being on a ventilator, Dionicia needs help getting out of bed, showering, moving around and standing. She uses a walker to get around.

A priest visited the family at home earlier this month, which lifted Dionicia’s spirits.

Martha said life is not normal yet, and the family takes nothing for granted.

Their ordeal began when they received a call April 22 from the Beloit Area Community Health Center, notifying them that Martha’s father, 66-year-old Felix Gama, had tested positive for COVID-19.

At the time, Felix was working at the Birds Eye Food plant in Darien, which was experiencing an outbreak of the disease. Felix now plans to retire and continue caring for his wife at home as she recovers.

For low-income families with a strong work ethic, taking a day off is not an option, Martha said.

“It was a domino effect from there on,” she said. “It wasn’t real. You know it (COVID-19) is real, but then you can’t see it until you have it. It was just scary. It’s just the unknown, what’s about to unfold.”

Martha said seeing her loved ones suffer was the worst part.

She can recall almost every detail of the day—April 23—that she took her mother to the emergency room and the weeks that followed. For Dionicia, much of that time is a blurry memory.

Beloit Health System staff took good care of her mom, said Martha, who wrote down the name of every nurse and doctor because each of them made an impact. She began to memorize the nurses’ schedules and knew who was caring for her mom on certain days.

“The nurses were just amazing to me,” Martha said. “They all made a difference to me. I would thank them all a hundred million times.”

Dionicia was released from the hospital June 2. Martha and Felix picked her up.

When Martha walked into the hospital room and saw her mother for the first time in weeks, she paused. Every scent, sound and sight flooded over her at once.

After so much heartache, Martha said she felt able to breathe deeply again.

“It just felt good,” she said. “That’s what I prayed for, that I would get the chance to hold her again.”