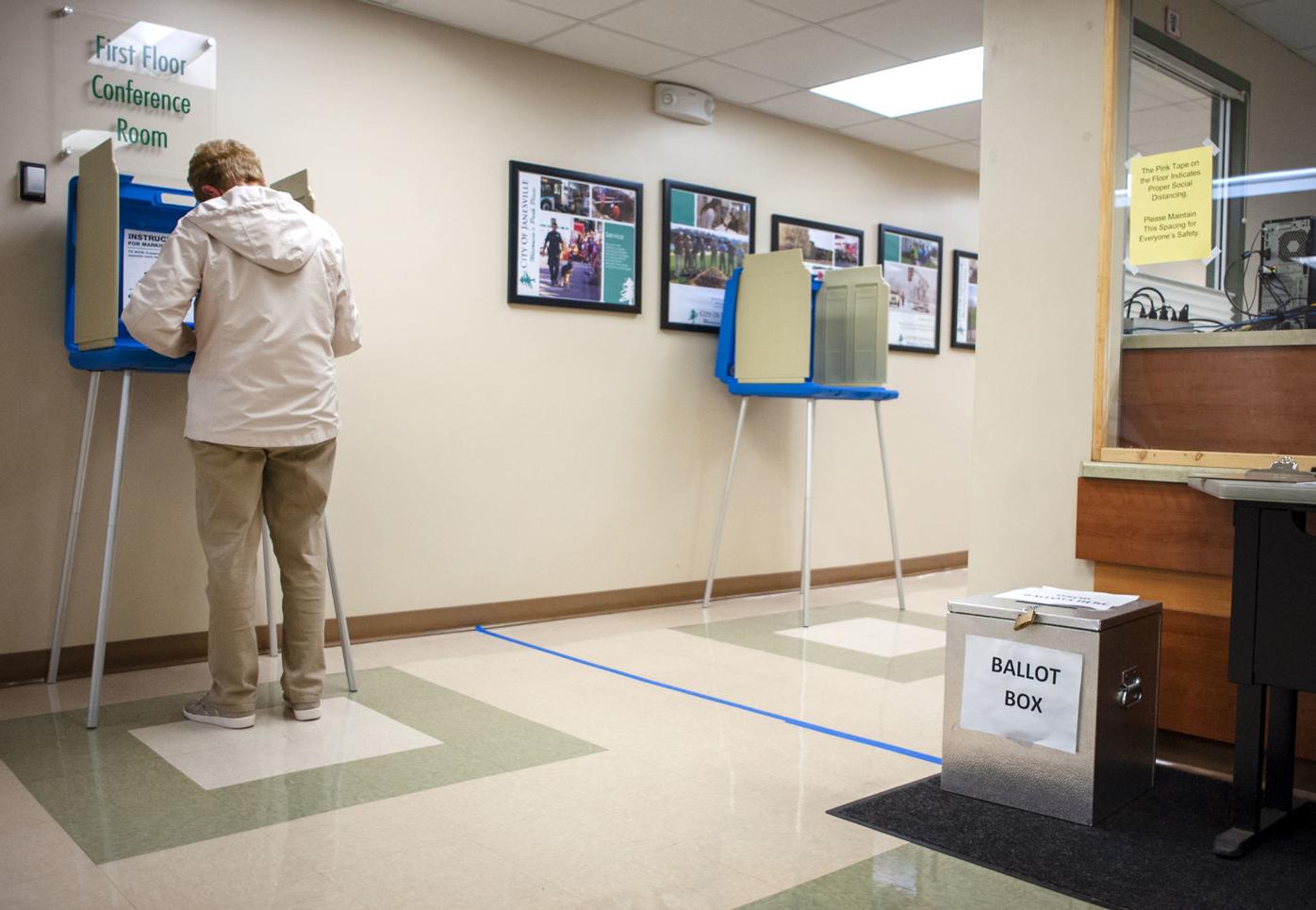 Barb Mayer votes early Tuesday at Janesville City Hall. Completed ballots are then placed in a ballot box. The deadline for in-person absentee voting is Friday. 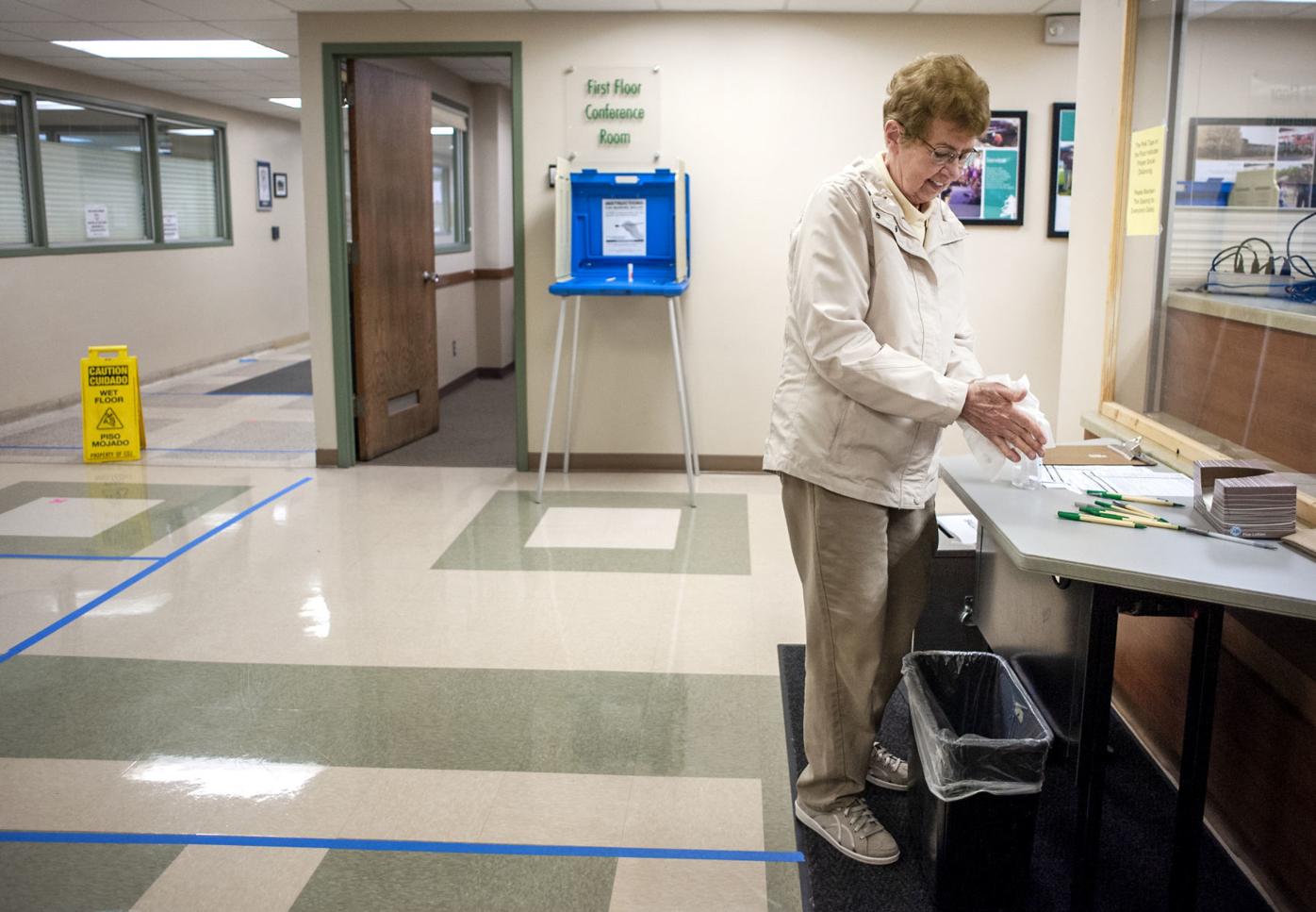 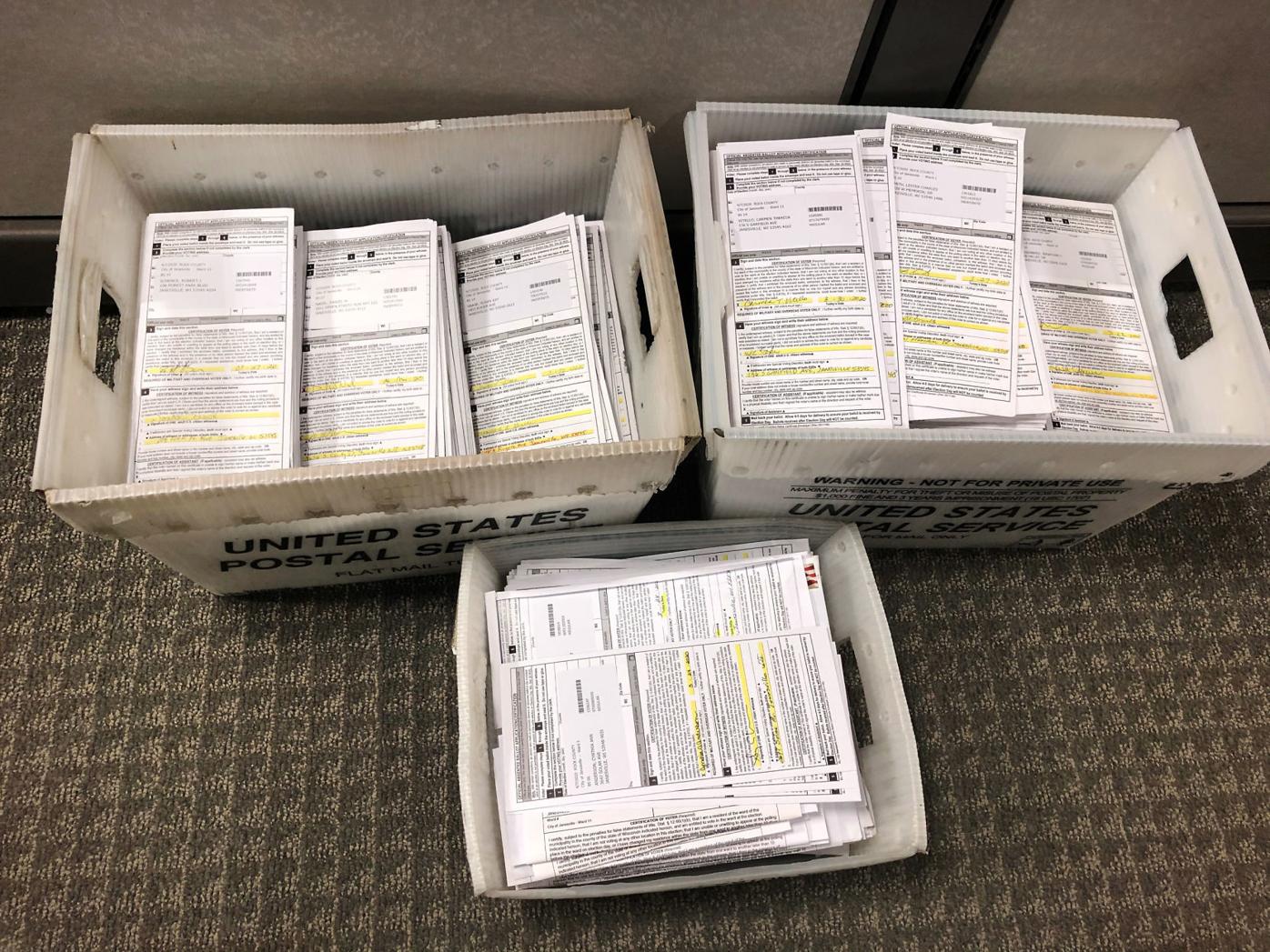 Absentee ballots, received Tuesday at Janesville City Hall, are stored in bins. Poll workers will count them on Election Day next Tuesday.

Barb Mayer votes early Tuesday at Janesville City Hall. Completed ballots are then placed in a ballot box. The deadline for in-person absentee voting is Friday.

Absentee ballots, received Tuesday at Janesville City Hall, are stored in bins. Poll workers will count them on Election Day next Tuesday.

Voters who have waited to get an absentee ballot until now could have a difficult time sending their completed ballots back through the mail and meeting the deadline to be counted.

State law requires ballots to arrive at the local municipal clerk’s office by 8 p.m. on Election Day, which is Tuesday, April 7.

The rules might change if a federal judge changes the election date and/or extends the deadline, but U.S. District Judge William Conley seemed unlikely to delay the date during a hearing Wednesday, saying attorneys for plaintiffs haven’t shown how the pandemic has truly hampered people’s voting rights, The Associated Press reported.

Conley did not give a formal ruling Wednesday, and it’s unclear when one might come, according to the report.

City of Janesville Clerk-Treasurer Dave Godek said any city resident who is concerned a ballot might not arrive on time can drop it off personally in a drop box on the wall of City Hall, 18 N. Jackson St. The box is on the Wall Street side of the building.

Workers will check the box regularly, including on Election Day, Godek said. Voters could also send their ballots by priority mail, he suggested.

A third option is to deliver the ballot to the polls on Election Day, Rock County Clerk Lisa Tollefson said.

Tollefson said clerks of different municipalities have differing preferences for where and how people can drop off their absentee ballots. She advised checking with the local clerk.

Janesville Postmaster Charlene Redmon said postal workers are giving absentee ballots a higher priority than first-class mail, and she believes they will be delivered in no more than a week, most likely in three days.

“Any election gets pushed through quicker because they know it has to get there,” Redmon said.

The coronavirus has not delayed postal operations, she said.

Voters can still request an absentee ballot to be mailed to them by using the myvote.wi.gov website. The deadline to do so is 5 p.m. Thursday. City of Janesville voters can also send their request directly to City Hall by email to godekd@ci.janesville.wi.us.

Godek said as of Wednesday, his office had issued 10,554 absentee ballots, 9,831 of those ballots by mail.

That’s an unprecedented number for a spring election, even one with presidential preference primaries.

For the November 2016 presidential election—which had much larger total turnout than any spring election—the city processed 9,686 absentee ballots, 1,719 of them by mail.

Tollefson said clerks around the county still need extra help to count ballots, especially with the flood of absentee ballots.

Younger people, who are less likely to suffer the most serious symptoms of COVID-19, are asked to help out. Tollefson is compiling a list of people who would work the polls Tuesday.

Each absentee ballot must be logged in, and a poll worker must verify that the voter and a witness signed the envelope. The envelope is opened, and the poll worker must call out the voter’s name and address before inserting the ballot in the counting machine, Tollefson said.

Tollefson said those who vote Election Day could have long waits. Lines will seem longer even if the number of voters is similar to past spring elections because people must stand 6 feet apart, and in some smaller voting locations, clerks might limit those inside to just a few people at a time.

For those voting Tuesday, the Wisconsin Elections Commission has published a video showing a process designed to keep the virus from spreading but also likely to make for longer lines.

To become a poll worker who could be sent to any Rock County location, send an email with name, address including municipality, ZIP code and phone number(s) to pollworkers@co.rock.wi.us.

To become a city of Janesville poll worker, call the clerk’s office at 608-755-3070 or send an email to godekd@ci.janesville.wi.us.

The cities of Beloit and Janesville and town of Beloit will have fewer polling places Tuesday:

Town of Beloit: One polling location only, Fire Station No. 2, 1143 Inman Parkway.