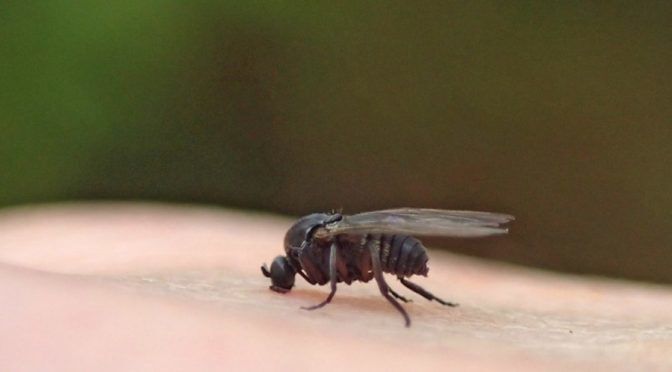 A black fly in mid-bite. 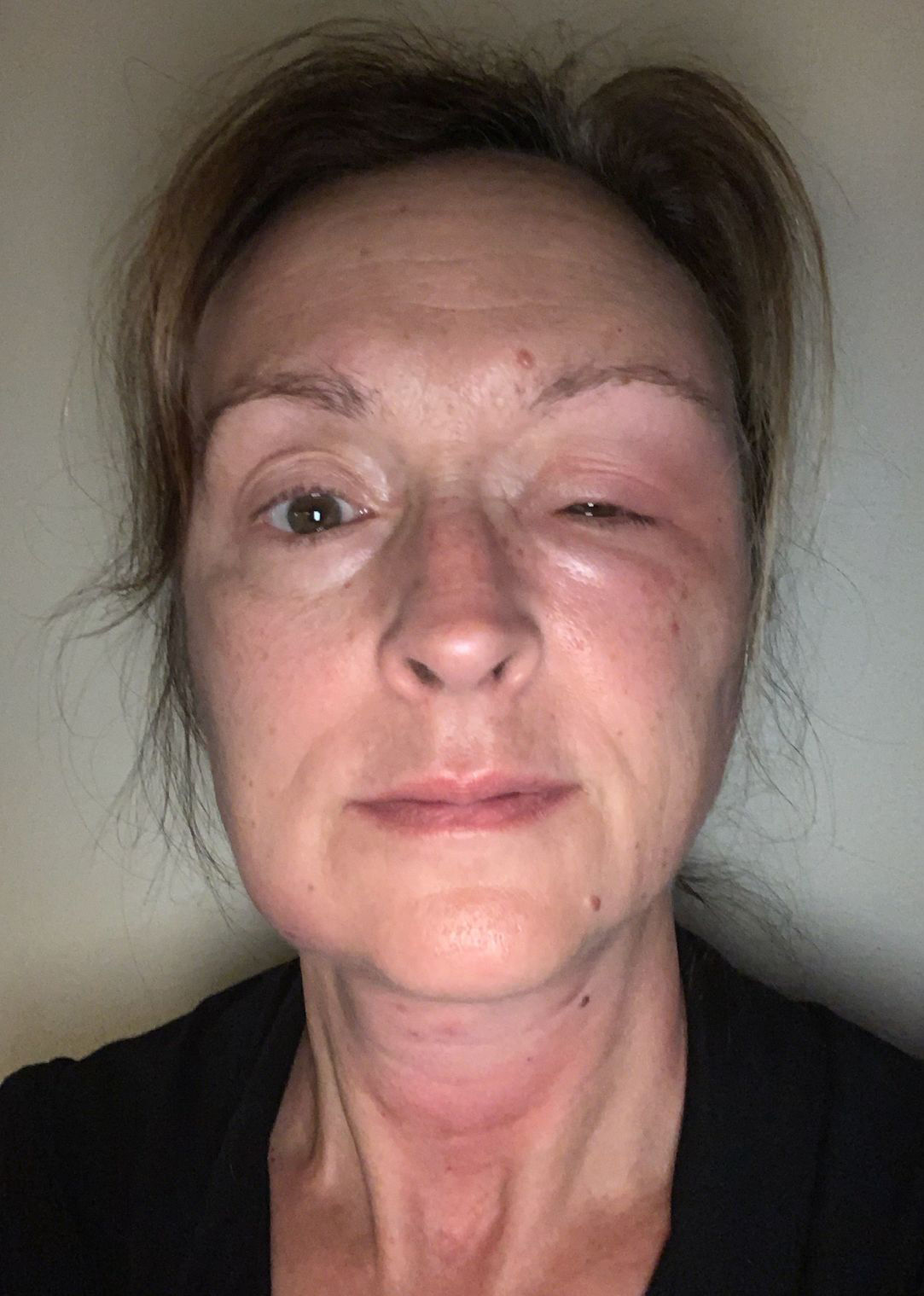 Gazette employee Ann Fiore shared this photo of herself when she was suffering the effects of multiple black fly bites last week.

They’re like tiny vampires. They bite you and drink your blood, which gives them the energy to produce offspring.

“I noticed them because they were buzzing around my head, but I didn’t realize they were biting me until later,” said Ann Fiore, a Gazette employee.

Fiore estimates she was bitten 15 to 20 times on the face and neck, even though she put a sweater over her head to keep them away.

Marcia Merrick of Janesville said she was working in the garden Sunday, came indoors and ran her hand through her hair and felt a sticky substance. It was her blood.

The bites began to itch and turned into a big, hard welt, she said.

“They started itching that night and swelling a little,” Fiore said. “I cleaned off the dried blood with alcohol. The next day, my left eye was almost completely swollen shut, and my neck was puffy and on fire.”

Fiore applied Benadryl cream and alcohol and tried cold compresses, “but it was four days before I looked normal again.”

Liesch recommends anti-itch creams, and if people are concerned, they should talk to their doctor.

A friend told Merrick she took her dog to a veterinarian for suspected ringworm, but the ailment turned out to be black fly bites. The vet told the friend that lots of dogs had been brought in with the same problem.

“For their small size, they (the flies) really do pack a punch,” Liesch said.

Sometimes, bites can enlarge lymph nodes. The flies can bother livestock, making them run around rather than eating, which can mean weight loss, anemia and less milk production in cows.

It’s normal for people to notice the flies but not realize they’ve been bitten, Liesch said. That’s because the flies inject an anesthetic.

They also send an anti-coagulant into the skin of the human or animal, which keeps the blood flowing.

“They’re very fond of the neck and hairline and locations like that,” Liesch said.

Liesch said he has received quite a few calls about the flies from all over the state this year.

While the flies are most often found near big rivers, they can be blown as far as 10 miles from the waters where they hatch, Liesch said.

Black flies lay their eggs in moving water. Larvae hatch and feast on organic material in the water before becoming flies. Once they take wing, they are active for a few weeks, Liesch said.

“Things will get better. There’s always a possibility that when one species is wrapping things up that another species will emerge,” Liesch said, but black flies normally go away by July.

Liesch said Wisconsin is home to more than 30 types of black flies, but only a few will bite humans.

People relaxing on a deck can get relief from fans because the tiny flies can’t fly against fast-moving air.

Fiore’s advice: “If you see tiny flies around you and you’re not wearing insect repellent, go inside.”