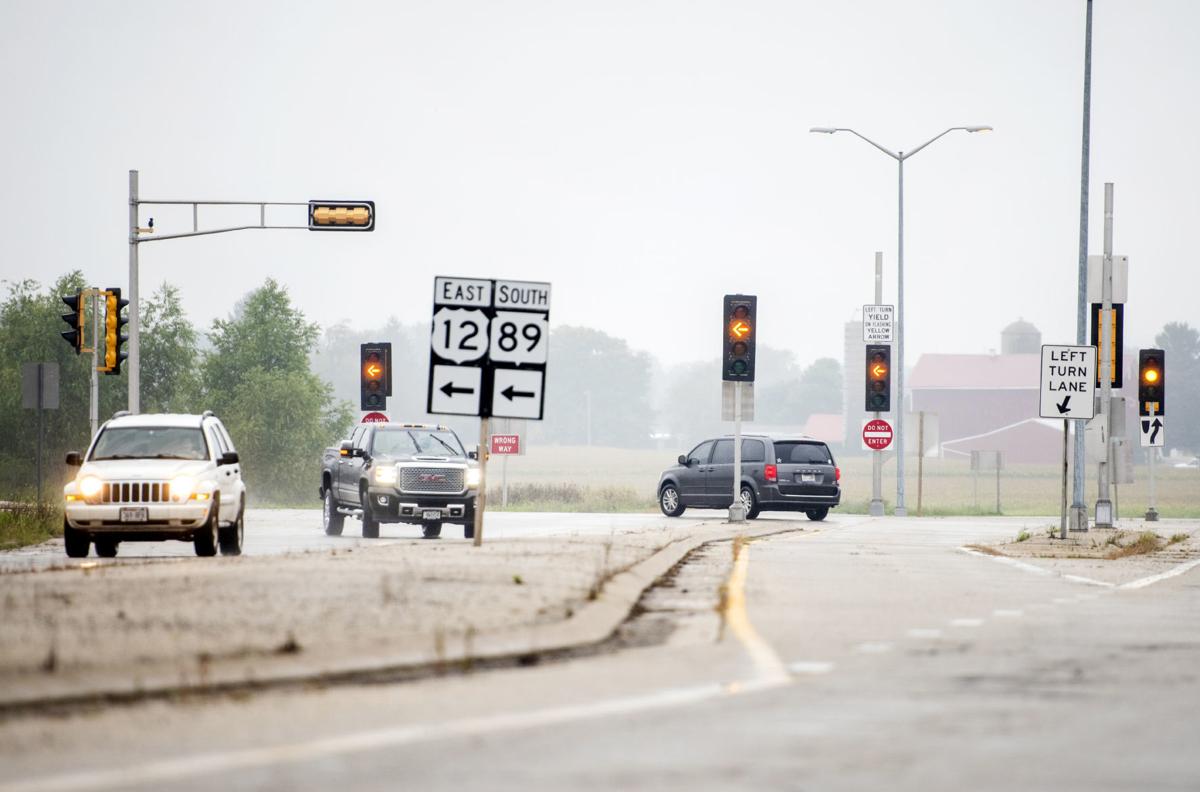 A van turns left on a flashing yellow light at the intersection of Highway 12 and County N on Friday in Whitewater. Two recent serious crashes have brought renewed attention to the need to make the intersection safer. 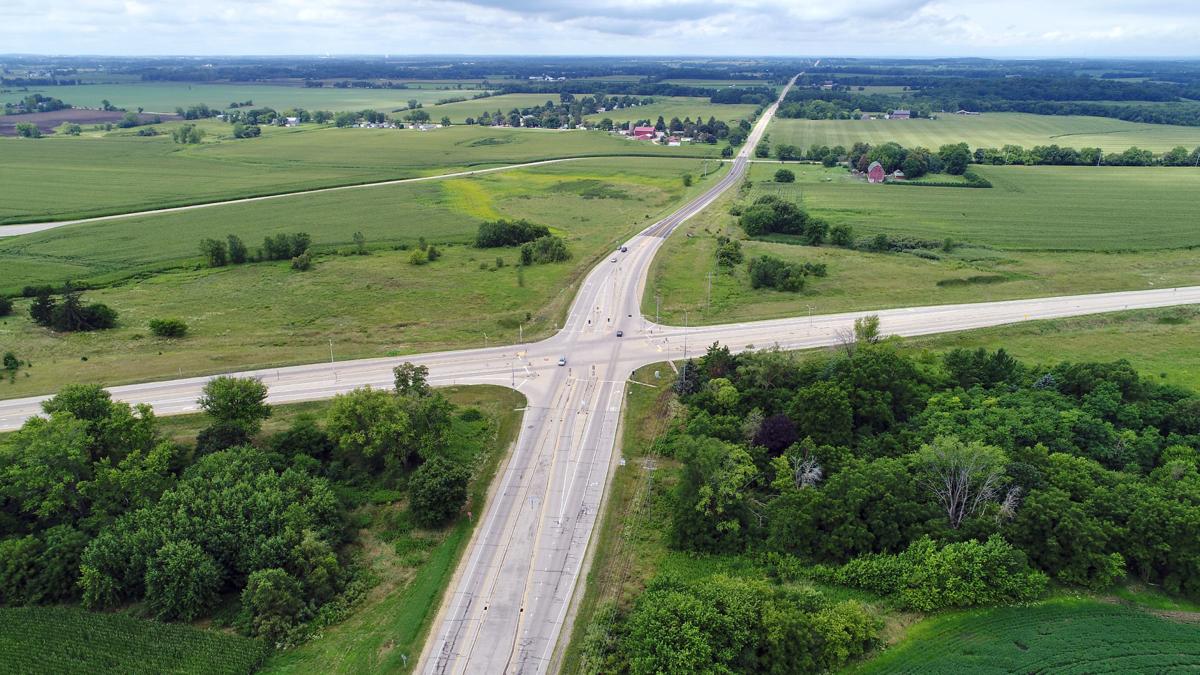 State legislators and Department of Transportation officials held a public meeting in Whitewater on Monday to discuss this Highway 12 intersection, which has long worried residents.

Her voice breaking, Mona Schuerman implored state transportation officials to walk through the grassy area near Highway 12 and County N near Whitewater.

She said they would find vehicle debris and food from a camping trip that Kaylinn Wilken, 14, and Olly Koelsch, 7, never got to enjoy.

Schuerman attended Monday’s public meeting about the Highway 12-County N intersection as a family friend, hoping to remind people about the two girls who died after an Aug. 1 crash at that intersection.

The Department of Transportation originally planned to add flashing yellow lights there in June 2020. But after pressure from the community, the DOT on Aug. 24 added the lights and taller poles to make signs more visible.

The intersection has been the site of 40 crashes since Jan. 20, 2015, according to Walworth County Sheriff’s Office data. Twenty-one of those resulted in an injury, and two included fatalities.

The first part of Monday’s meeting, which the city posted a video of online, featured an update on what DOT officials know and plan to do about the Highway 12 intersections at County N, Highway 89 and County P.

While residents have been worried about the intersection at County N/Walworth Avenue for a while, the crash that killed the two girls and another crash that injured two people eight days later have made a solution more of a priority.

Before and after installing the lights with flashing yellow arrows, the DOT set up cameras to study the intersection.

Before the arrows, Dan Dedrick, a safety engineer for the DOT’s southeast region, said it looked like cars turning left onto County N were not leaving much of a gap between themselves and the cars ahead of them. Perhaps this meant drivers weren’t being cautious before entering the intersection, he said.

After the arrows, he said he saw larger gaps between cars. After talking with local police, he learned that the intersection has had no crashes since Aug. 24.

Dedrick also discussed an Aug. 20 speed study on southbound Highway 12, which found the 85th percentile speed of passing cars was 59 mph. He said this is generally what they expected in a 55-mph area like this.

Future work on the intersection, slated for June 2020, includes extending the distance of vehicle detection, which he said affects when the lights change to yellow and then red—a critical moment for drivers either accelerating or braking.

Vruwink and Ringhand thanked officials for acting on the community’s concerns.

About 20 people attended the meeting. When about eight of them shared their thoughts, they spoke with frustration and a desire for more to be done.

Some suggestions—in some cases, demands—included reducing the speed limit near the intersection to 45 mph, building on- and off-ramps for the bypass, changing the flashing yellow lights to red and green, and adding flashing lights ahead of the intersection to focus drivers.

Dewayne Johnson, DOT director of the southeast region, said 413 fatalities have been reported on Wisconsin highways so far this year. He said no words can compensate for the loss of life.

“Sometimes if you can go back and back up time and start again, knowing certain things, you can make certain decisions,” he said. “I think this is one of the situations where we would certainly like to have a do-over and have made some decisions earlier.

“Unfortunately, that’s not the case.”

He said the DOT has to operate with finite resources for projects across the state.

Still, he thanked people for sharing their pain. He said engineers can get lost in rules and policies.

Schuerman said she and her family made the “difficult” trip to the intersection twice. She said she appreciated the changes so far, “but they were a long time coming.”

“These things are not acceptable. If you have children at home, can you not feel what the Wilkens and the Koelsches are feeling right now?” she asked. “Think a little. I don’t care about your studies. I truly don’t.”

Holding photos, she said Kaylinn and Olly won’t be forgotten. She wants everyone who drives through that intersection to remember them.

The safety measures came too late to save them.

‘This was a known danger:’ Legal action coming after fatal Highway 12 crash

The wife of a Racine man who “suffered terribly” before dying weeks after a crash at Highway 12 and County N near Whitewater will file a claim for damages, her lawyer said Wednesday.