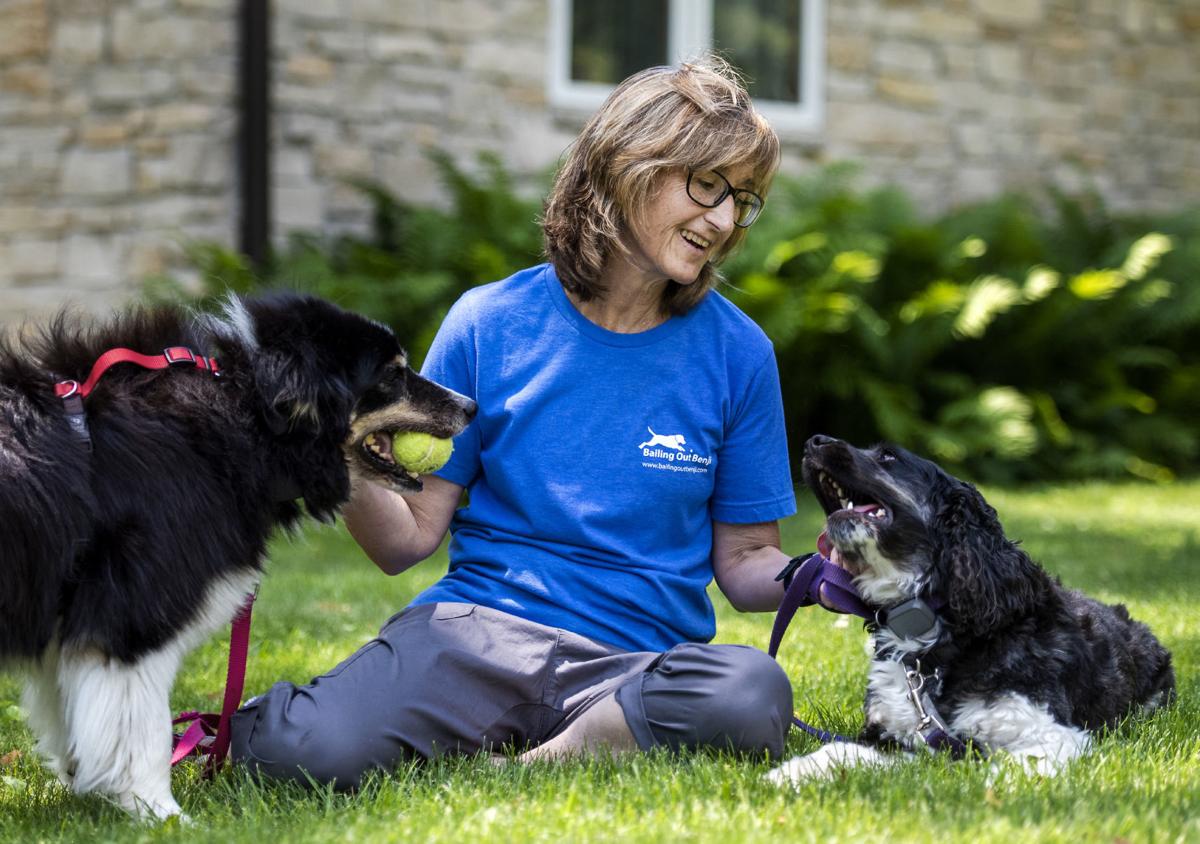 Peggy Race sits between Faith, left, a border collie, and Deputy, a cocker spaniel mix, in Whitewater. The city recently became the first municipality in the state to ban the sale of dogs, cats and rabbits from pet stores. 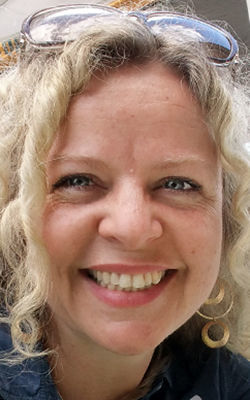 In 2017, Peggy Race adopted one of her dogs, Deputy, a cocker spaniel mix who was surrendered from a puppy mill in Kansas.

She remembers his thick mats of fur and his shy disposition.

“His coat hung like a dirty mop,” the Whitewater woman wrote of her dog. “Emotionally, he appeared shut down and fearful of the human touch.”

Race said that image is evidence of the “minimal standards of care inherent to the commercial dog-breeding industry.”

It’s why she urged a Whitewater City Council member to propose an ordinance prohibiting the sale of dogs and cats from pet stores. She wants to reduce the demand for mills that raise animals in inhumane conditions.

The council on June 2 voted unanimously to adopt the ordinance after adding rabbits to the list.

“This ordinance, putting Whitewater squarely on the side of protecting the consumer, legitimate businesses, and helpless animals, is clearly the right thing to do,” Race wrote in a letter she shared with the council.

Race and council member Brienne Brown agree there are no pet stores this ordinance applies to in Whitewater. It does not target animal rescue shelters or breeders who sell directly to the public.

Their hopes are that it not only acts as a preventive signal to pet stores, but also leads other municipalities to follow in Whitewater’s path.

“I think it sends a message to other communities that we are a community that promotes animal welfare,” Race said in an interview.

Other states have moved to take similar action, but Whitewater appears to be the first city in Wisconsin to adopt such an ordinance.

“Thank you. You all are the first in Wisconsin,” Megan Nicholson, Wisconsin director for the Humane Society of the United States, told the city council after the vote. “That’s amazing. Really appreciate it. The animals appreciate it. Your community does as well.”

The ordinance imposes a $500 fine per animal sold.

Race, who also has a border collie named Faith, is part of the organization Bailing Out Benji. She said the national group started in Iowa and educates the public about puppy mills and their connection to pet stores.

Brown, the council member Race worked with, said she asked Race to find out if others in the city supported the plan before she brought it to the council.

The letter goes on to say it is “well documented and undisputed” that puppies in pet stores often come from mills, which feature small cages, continuous breeding and “little to no veterinary care” for puppies, which often don’t get human companionship, exercise and socialization.

Brown said she also was swayed by the “predatory” loan practices used by pet stores to sell the animals, as well as the health conditions that sometimes follow these pets and burden their new owners.

Race spoke out against the “deceptive” practices that trick buyers into thinking their puppies came from a safe, supportive environment.

“All anyone sees is that cute little puppy in the pet store window, but they don’t see beyond that and see what goes on behind the scenes,” she said.