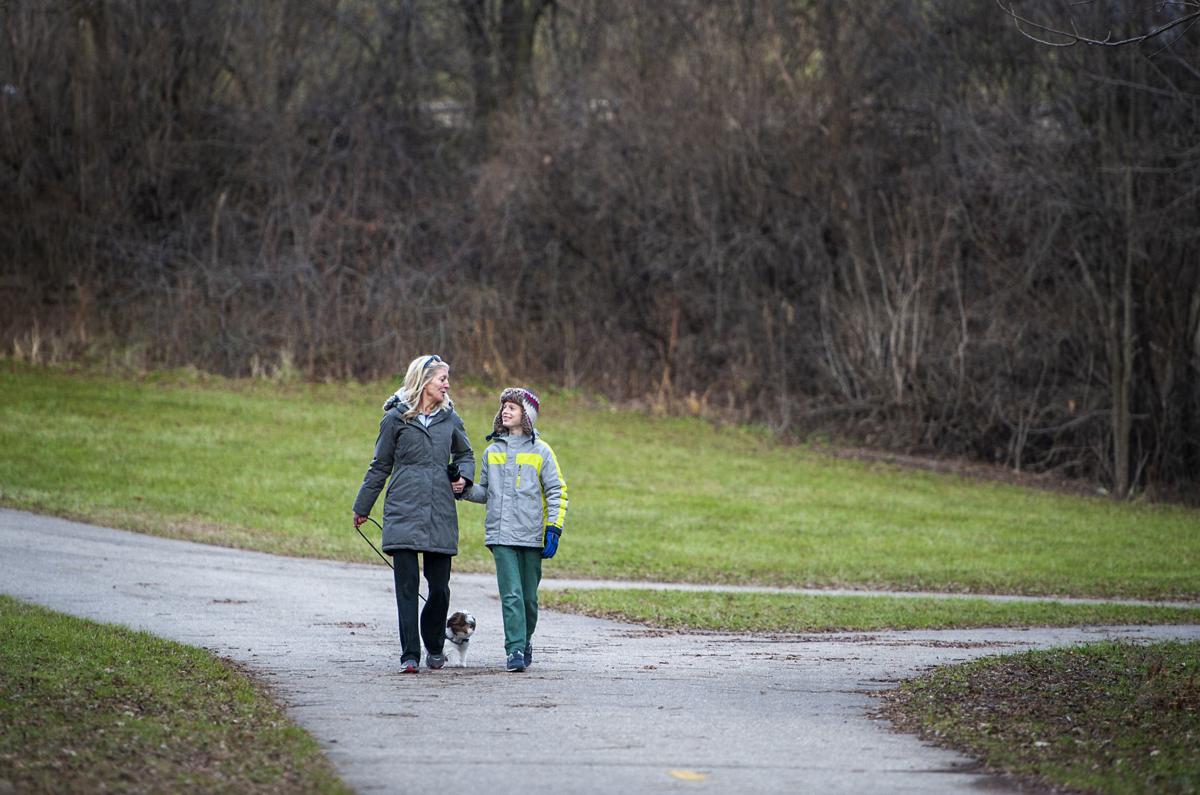 Hallie Kohn and her 12-year-old son Oliver Kohn walk with their puppy Legolas on Thursday on the Ice Age Trail near North Wright Road in Janesville. This year’s survey of trail users shows many of them want the city to extend the trail system to Milton. 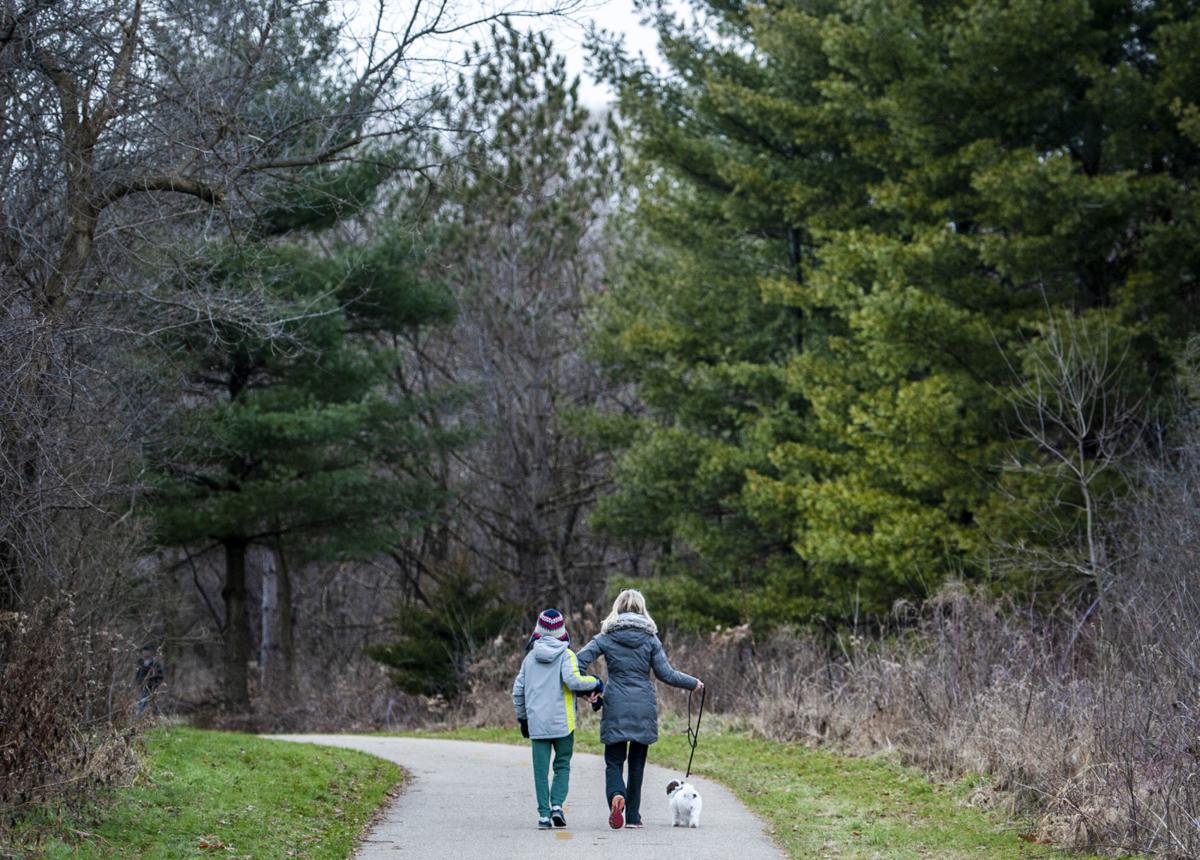 Hallie Kohn and Oliver Kohn, 12, walk with their puppy, Legolas, on Thursdayon the Ice Age Trail near North Wright Road in Janesville. 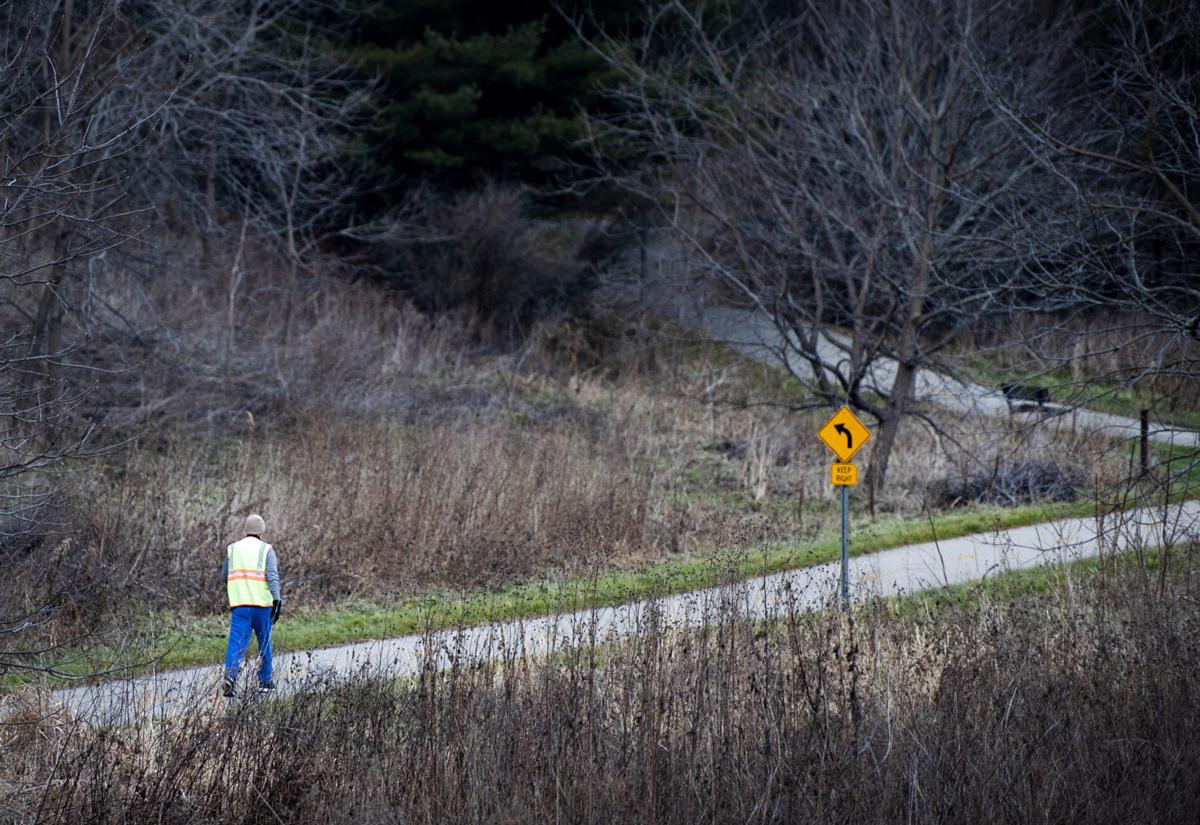 A man walks along the Ice Age Trail on Thursday near North Wright Road in Janesville.

Users of Janesville’s trail system clearly want the trails to extend north to Milton, according to results of the city’s 2019 trail user survey.

That’s among the highlights from this year’s survey, which the city has conducted triennially since 2010, said Alexander Brown, metropolitan planning organization coordinator.

When asked which destination users want to see the trails serve, 24 of 57 users said they would like to see the trails lead to Milton. That was double the next-highest response, with 12 users suggesting Beloit, according to the survey report.

That has prompted city officials to apply for a grant that would connect the Ice Age Trail in Janesville to the Glacial River Trail, which runs along Highway 26 through Milton and ends between Watertown and Juneau, Brown said.

At Monday’s meeting, Commissioner Carl Weber asked Brown whether it was better to use resources on trails within the city rather than build trails outside the city that likely would serve non-Janesville residents.

The 2019 survey reflects trail users, not necessarily the Janesville community, Brown replied. Plans for intercity trail connections are mapped out in the metropolitan planning organization’s long-range plans, he said.

Of the survey respondents, 26% said they travel zero to three miles to reach the trails, which Brown said shows the city has an “enthusiastic base” of people using trails in or near their neighborhoods.

Conversely, 25% of users said they travel more than 15 miles to get to the trails, according to the report.

The city’s 2010 survey showed a difference in men’s and women’s perception of safety on the trails.

The city saw positive change in closing that gap this year, Brown said.

Respondents who said they feel neutral about safety were asked what could be done to make them feel more comfortable. Only women responded to the question, according to the report.

Some women said they felt unsafe using the trails at night and that they felt safer with another person, according to the report.

Multiple women suggested more police presence, lights and cameras on the trails would make them feel safer, according to the report.

The report suggested that it’s possible people who feel relatively safe on the trails are the ones using them, and those who don’t feel safe don’t use the trails at all.

The report also noted that more men were surveyed than women, meaning the “concerns of women are diminished in the overall statistics.”

The survey report reveals this information: