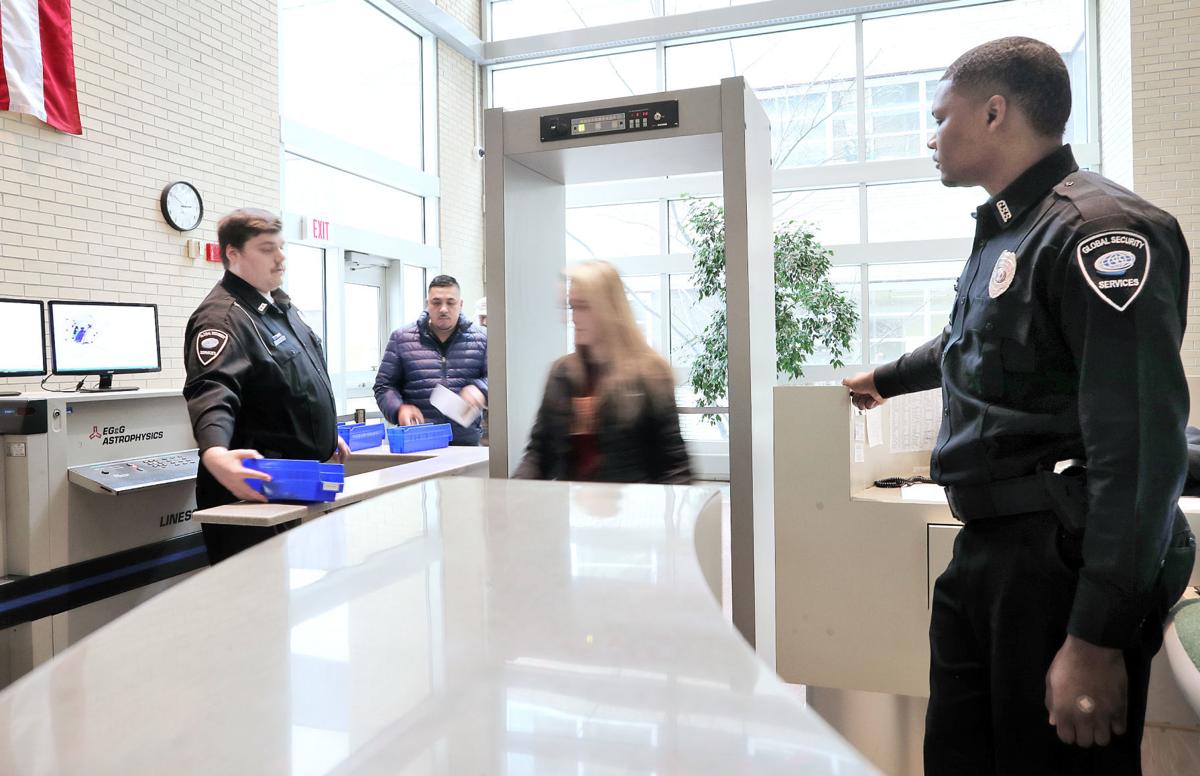 People enter through a metal detector into a secured section of the Rock County Courthouse in Janesville last year with unarmed guards from Global Security Services manning the security checkpoint. The Rock County Board voted Thursday to have armed retired Rock County sheriff’s deputies take over providing security at the courthouse. 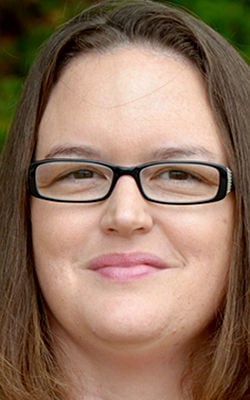 Rock County Courthouse security will include armed retired sheriff’s deputies as soon as March after the County Board voted Thursday to have the sheriff’s department handle security.

The board approved the change 23-2, and the county will end its current contract with private security company Global Security Services.

Sheriff Troy Knudson said the resolution allows up to seven retired deputies to serve as court deputies, each working less than 20 hours per week. The specific number of guards to hire will be determined in the coming weeks. The service will cost the county $149,000 for the remainder of 2020.

Knudson said there are 17 recent retirees who remain certified or could be quickly recertified to work as guards. Some of those retirees have said they would be willing to guard the courthouse if needed, the sheriff said.

He said security has become a top concern for public officials and residents because of disasters and mass casualty incidents in recent years.

“I think that as we see some of the bad situations occurring around our country that people are doing the right thing and trying to prepare themselves to protect our people who work here and do business here,” Knudson said.

The county’s contract with Global Security Services costs an annual fee of $73,500 and was renewed Jan. 1. A provision in the contract allows the agreement to be terminated with 30 days notice, County Administrator Josh Smith said earlier this week.

Smith said the county is required to pay Global Security Services a prorated fee for its work since the start of 2020. The county won’t incur an extra cost by terminating the contract.

District 3 Supervisor Danette Rynes said after the board’s repeated discussions on the topic, it needed to take the next step and arm whoever is guarding the courthouse.

“Given that we’ve been talking about this going on a year now maybe, it would be pretty irresponsible of us to do nothing at this point because the proverbial can of worms has been opened. So to announce to basically everybody that we don’t have anyone armed at the front and we’re not going to (have armed guards) would be the wrong thing to do at this point,” she said.

The county board voted against arming the Global Security Services guards at an additional cost in December and asked the sheriff’s department to provide a cost estimate for arming deputies.

Not everybody was sold on the idea. Jeremy Zajac, supervisor for District 5, wondered if arming guards at the courthouse might be “overkill” after the facility’s recent security upgrades.

Having part-time, retired deputies saves on benefits and eliminates overtime pay for current deputies, Knudson said. Any hired guards will already be on department retirement benefits and won’t qualify for new benefits as part-time employees.

Should the part-time guards be injured while serving at the courthouse, their retirement agreement would still cover them, Knudson said. He said working part time at the courthouse could be a perfect balance for retired deputies.

“These people have served for their entire lives, and I think it’s just a part of who they are,” he said. “I like the opportunity that they might have here to still serve and provide the safety of our community but also have some time to themselves, as well.”

Supervisor Louis Peer from District 10 said he trusts the deputies, and his past experiences with the sheriff’s office make him feel confident with them guarding the building.

“I like to back the badge. … There’s issues that sometimes come up on the county board that you have to look a little beyond the exact cost of something. Maybe this is a little bit heavier, but it’s worth the cost. We know what these guys do, we know how they conduct themselves, and I back them 100%,” he said.