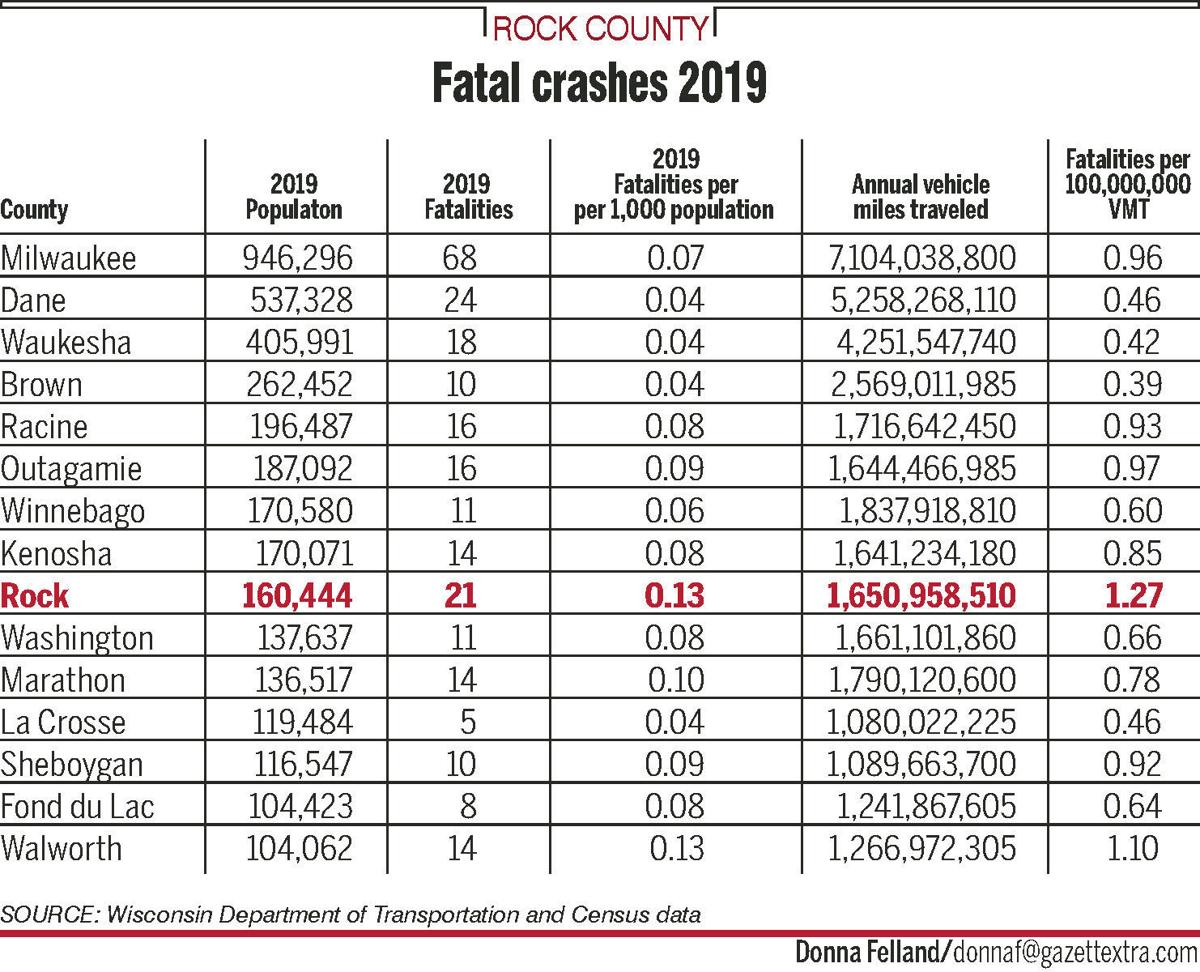 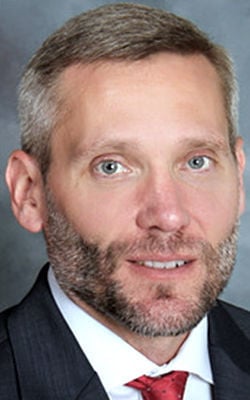 Rock County saw more than its share of traffic deaths in 2019, but no one seems to know why.

The Gazette compared traffic-death statistics for the state’s 15 most populous counties and found Rock County had more traffic deaths per capita than any of them, by far.

A comparison of deaths per miles driven showed a similar result.

Those numbers were totaled before two young men were killed when their car went off Rockport Road near Janesville and hit a tree just after midnight Thursday.

Cmdr. Jude Maurer of the Rock County Sheriff’s Office has long experience in analyzing fatal crashes. Until recently, he was chairman of the county Traffic Safety Committee, which reviews fatal crashes four times a year.

Maurer was at a loss for explaining how 2019 became so deadly for Rock County.

“It’s not for a lack of enforcement, and it’s definitely not a lack of education, because the state keeps pushing out brochures on impaired and distracted driving,” Maurer said.

Maurer said the sheriff’s office took $70,895 in state grants to pay overtime for extra patrols targeting speed, intoxication and seat belts from Jan. 1 to Nov. 16, and that’s in addition to what patrol deputies do all the time.

The county Traffic Safety Committee has not found flaws in road design or improper signage this year, Maurer said.

Maurer said of the 2019 fatal crashes in Rock County, including the two deaths on Thursday:

Maurer noted drugs and alcohol figure in a high percentage of accidents, and most accidents occur on highways, not city streets or rural roads.

“Ultimately it really comes down to just driver error, whether it was speed, over-correcting or failure to yield the right of way,” Maurer said.

Asked for comment, the state Department of Transportation sent an analysis of the five years, 2014-2018, that showed an average 20 Rock County traffic fatalities per year in which:

None of the data explained why Rock County’s 2019 fatalities per miles driven was so high compared with other counties.

“It really comes down to driver awareness and driver condition,” he said. “You’ve really got to drive for yourself.”

Driving for yourself means avoiding others’ mistakes, Maurer said, adding that he has had to get out of the way of many vehicles that were out of their lanes.

As he passed them, he saw the drivers were on their cellphones.

As for Thursday’s double fatal near Janesville, Maurer said the two young men were temp-agency workers on a break from a job of washing vehicles for Van Galder Bus.

Witnesses following the car told investigators the car had missed a turnoff, turned around and was on or just over the centerline when it swerved to miss an oncoming vehicle.

The car then appeared to go out of control and off the road.

There were no immediate indications that drugs or alcohol were involved.

The Rock County Medical Examiner’s Department on Saturday night released the names of the victims, Emmanuel C. Jones, 19, and Quentin A. Castillo, 20, both of Janesville.