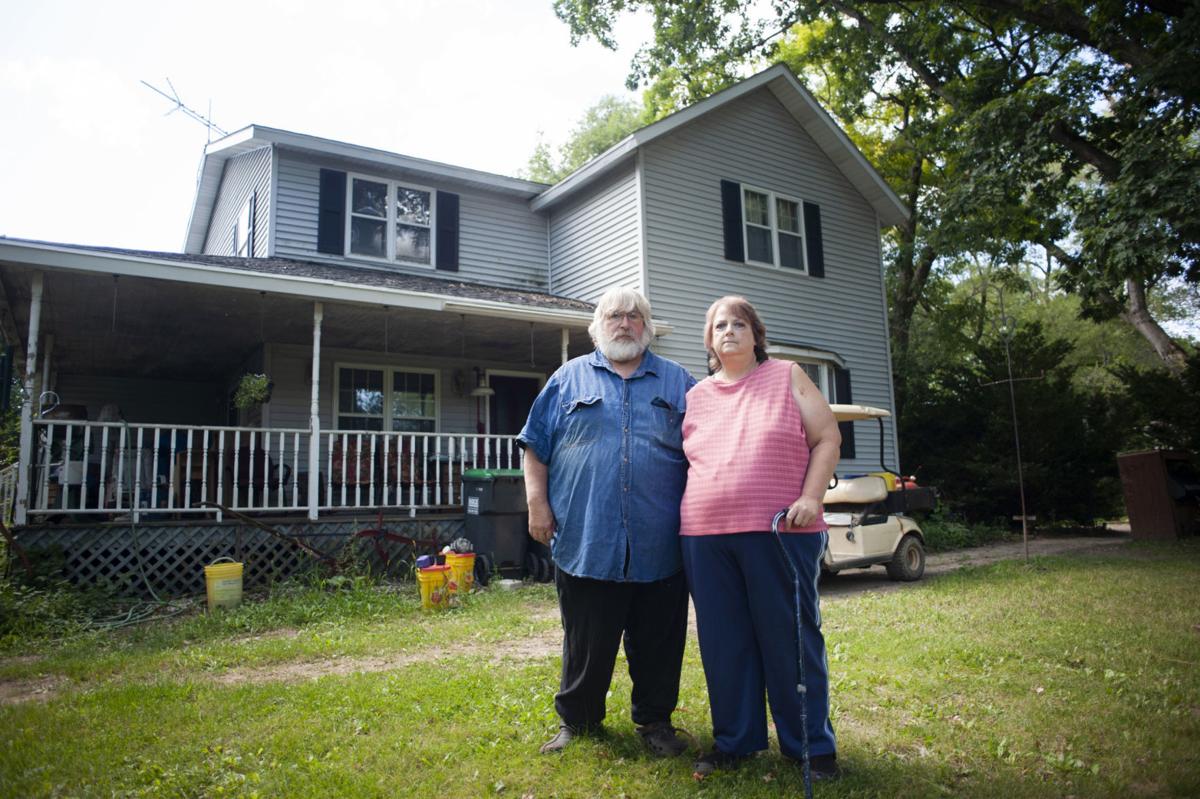 Tom and Mary Hergert stand in front of their rural Milton home, near where a violent sex offender was placed last spring. 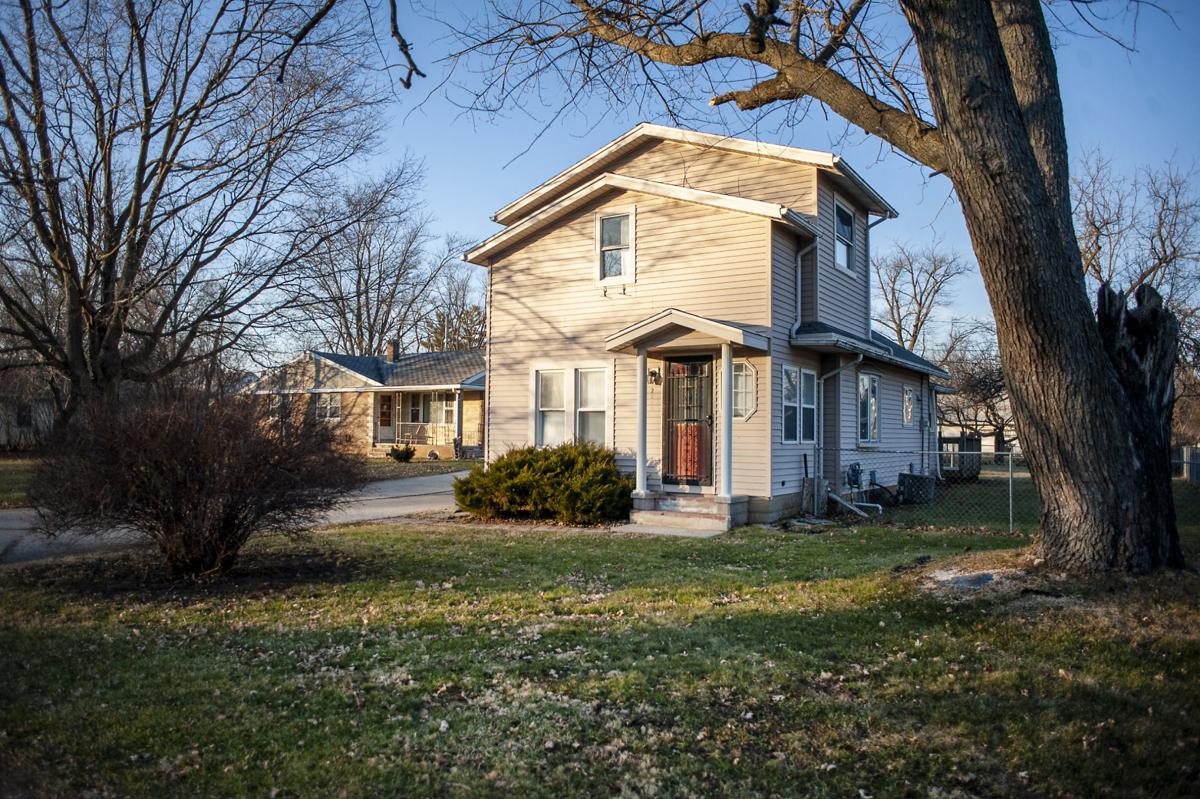 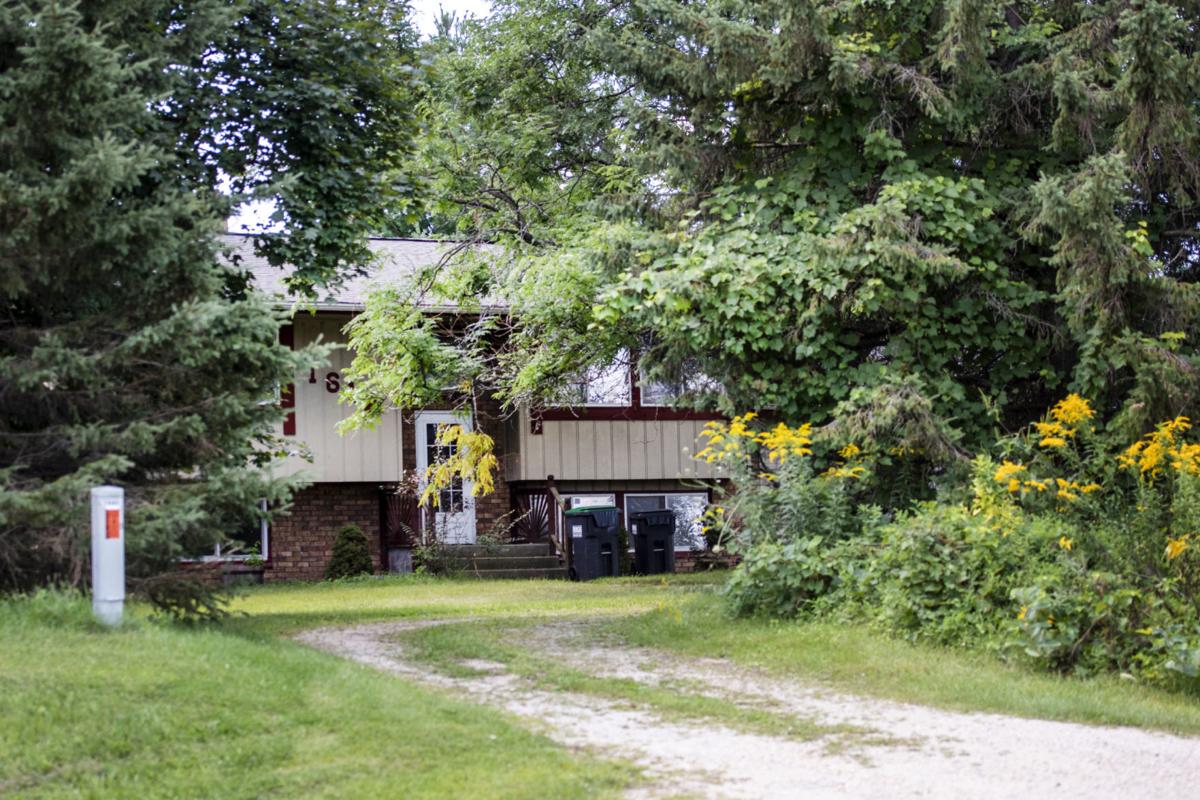 1612 E. Milton-Harmony Townline Road, Milton, is one of the rural houses the state of Wisconsin is renting to house violent sex offenders who are on a monitored-release program. 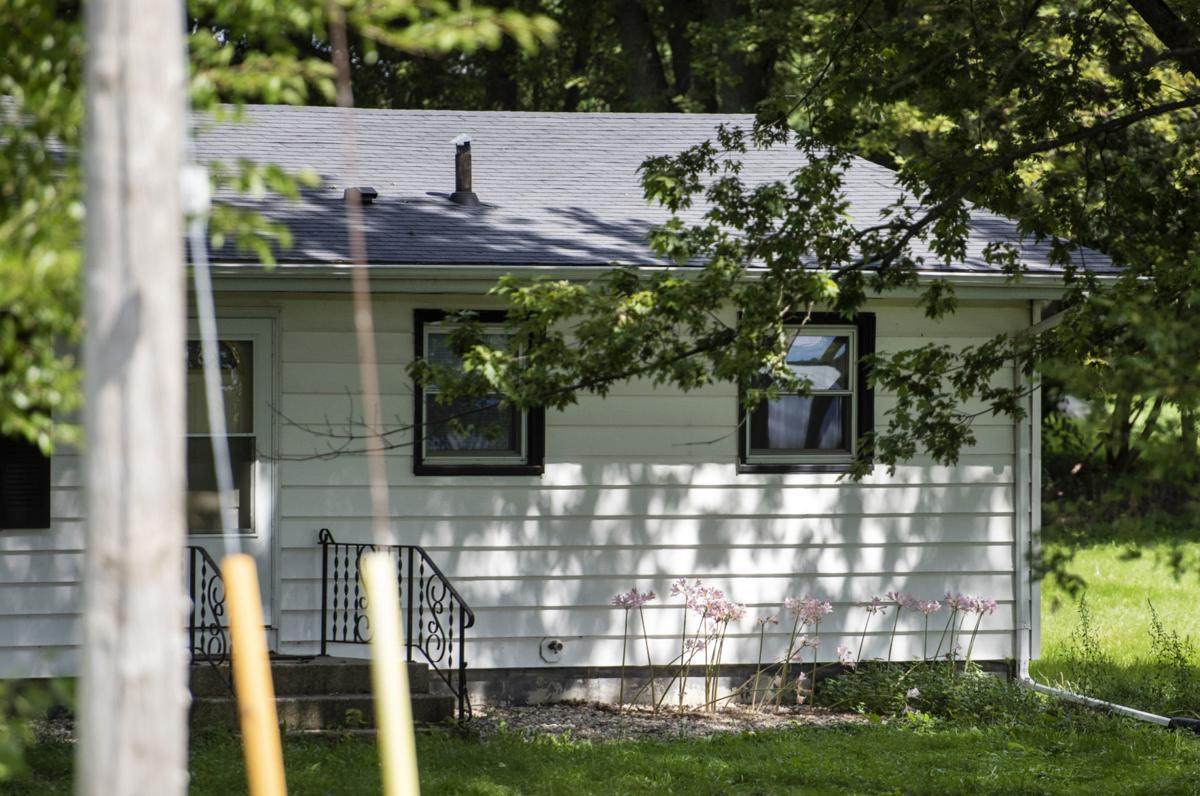 3482 Highway 138, Stoughton, is one of the Dane County houses owned by Richard Donahue of Janesville, who rents it to the state to house violent sex offenders. 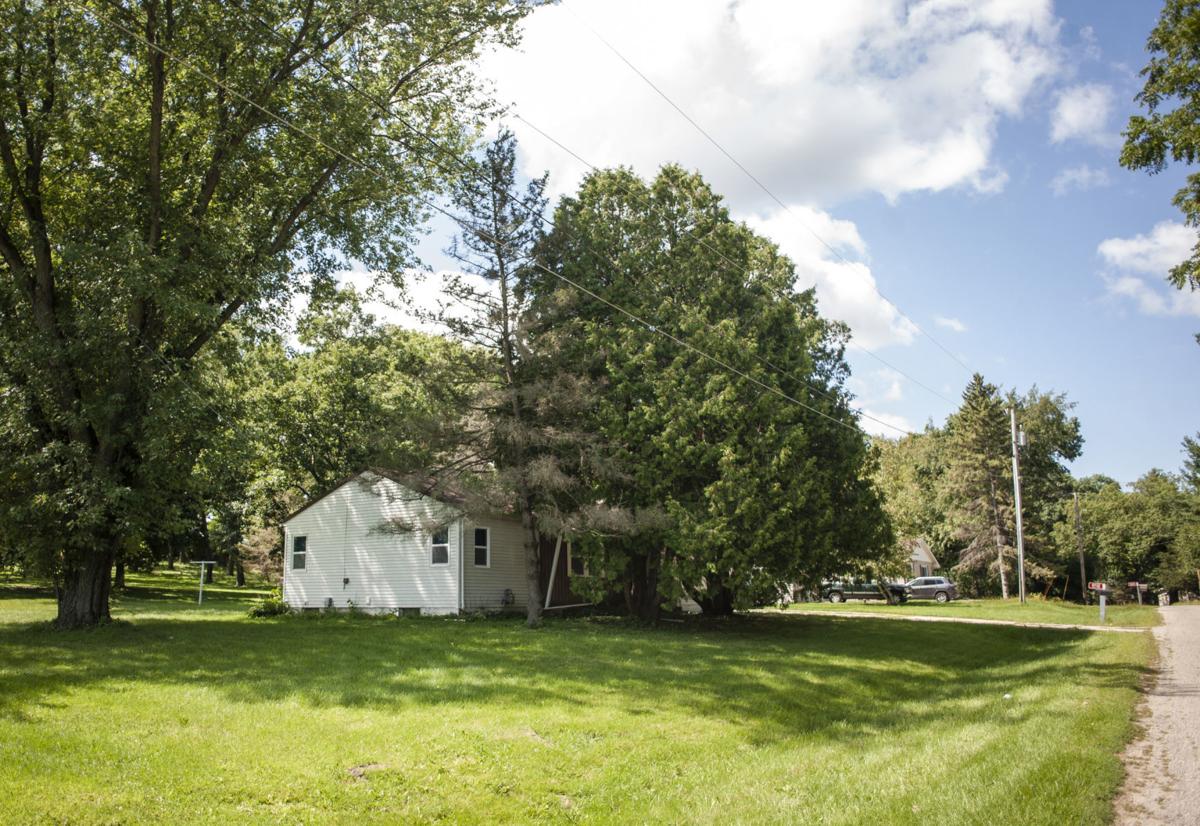 9710 Arrowhead Shores Road in the town of Fulton is one of the rural houses the state of Wisconsin is renting in Rock County to house violent sex offenders who are on a monitored-release program. 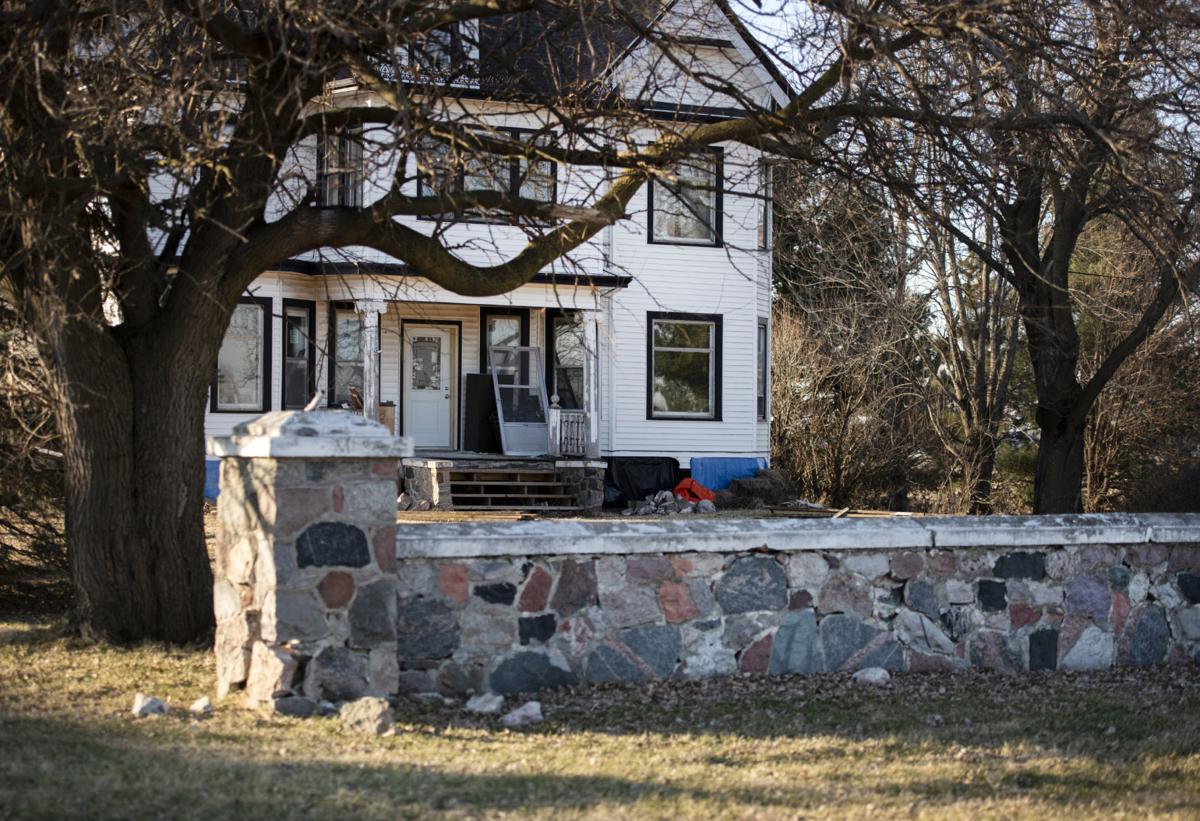 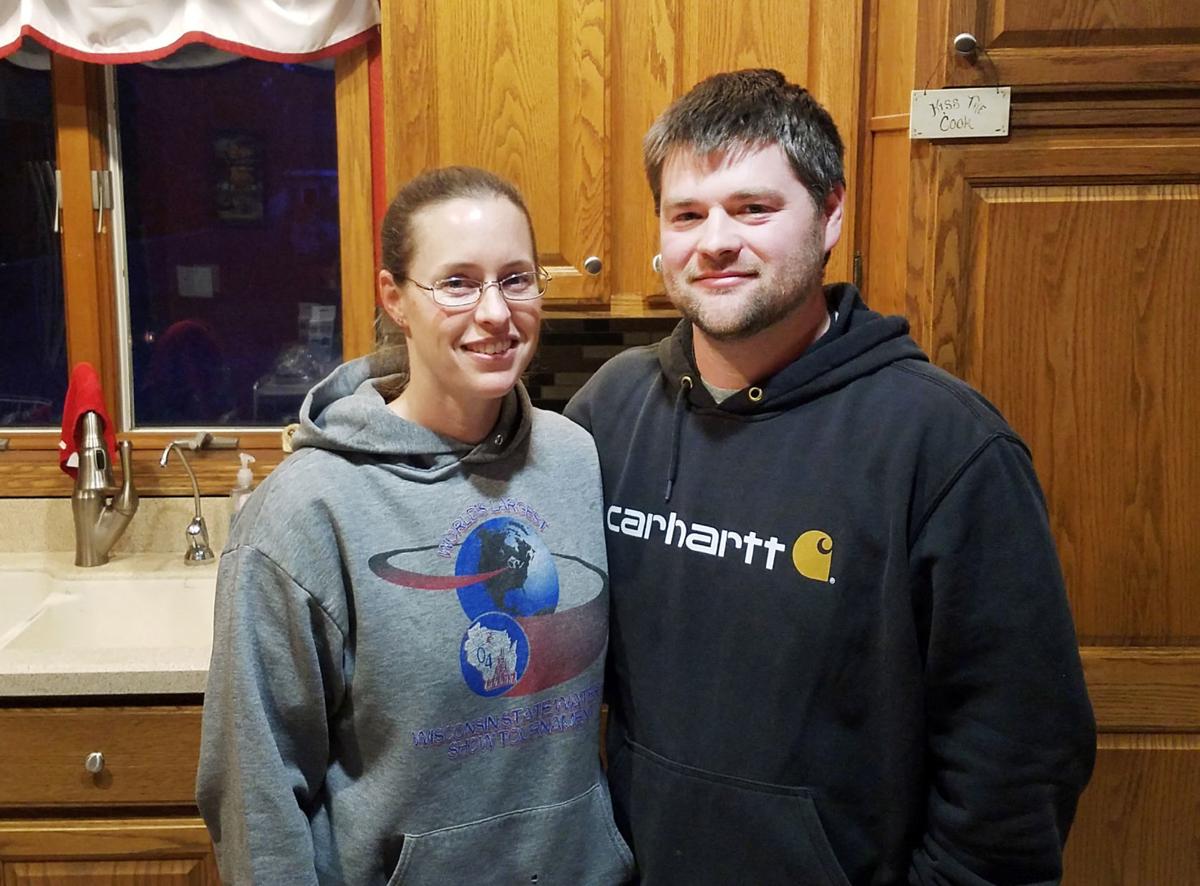 Brian Cook and Alli Uphill are a rural Evansville couple who felt threatened when the state wanted to place a violent sex offender in a nearby house. 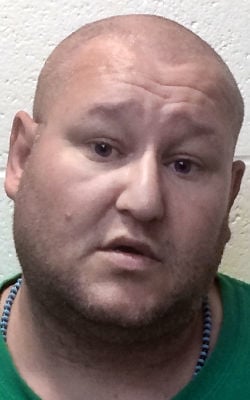 Tom and Mary Hergert stand in front of their rural Milton home, near where a violent sex offender was placed last spring.

Brian Cook and Alli Uphill are a rural Evansville couple who felt threatened when the state wanted to place a violent sex offender in a nearby house.

Rural Evansville neighbors recently united to outbid a man who intended to buy a nearby home and rent it to the state for housing sex offenders.

They succeeded in combating a recent phenomenon: investors buying rural homes for the purpose of collecting rent from the state to house sex offenders.

In the town of Magnolia, it started when a sheriff’s deputy knocked on the door of Alli Uphill and Brian Cook on North Hyne Road just south of Evansville.

A violent sex offender named John M. Schaefer, 45, was likely to be placed just down the road at 5932 N. Hyne Road, they were told.

The deputy’s job that September day was to contact residents and find out if there were children in the neighborhood and whether the house was near parks or schools.

Uphill and Cook are parents to two young boys, but the law governing these placements says that’s perfectly fine.

The law forbids placement of violent sex offenders if children live on an adjoining property and within 1,500 feet. Cook and Uphill said they live 400 feet from the house in question, but they are two lots away.

These offenders are not like the majority of sex offenders. State courts have found them to have mental problems that would lead them to commit more violent, sexual attacks.

The state finds these men—all are men—so dangerous that they are held for treatment, often for decades after they have served their prison terms.

Release is ordered when a judge rules the treatment has had its effect, and they are no longer likely to reoffend.

The situation united the neighbors in the rural residential area where Cook and Uphill live. Residents researched and talked to a lawyer and public officials to see how to block Schaefer’s placement.

But in the end, they found a way.

The house, which had been foreclosed on, was to be sold at a sheriff’s auction. They could outbid investors who wanted the house to lease to the state. Uphill’s father, Glen Uphill, offered to put up the money.

“It was a huge relief on everybody’s part,” Alli Uphill said.

Uphill and Cook are not the only rural residents who have found themselves in this predicament. Two others, near Edgerton and Milton, have watched violent sex offenders move into their neighborhoods this year.

And neighbors of another rural address on the Rock-Walworth county line were told recently that the same man who was going to be a neighbor to Uphill and Cook is now slated to move into 349 N. County Line Road in the town of Johnstown.

There’s nothing illegal about buying a house and leasing it to the state, but it’s hard for neighbors to accept that a man with such a horribly scary history is moving in.

Consider Schaefer. He was charged in 1991 at the age of 17 with sexual assaults of two girls, both below age 8, in Beloit.

According to a criminal complaint, he had been roofing a house when he assaulted the girls, who lived there.

Then, while his case was still pending in 1992 and while he was supposed to be attending a sex-offender treatment group, he sexually assaulted a developmentally disabled woman he knew in Janesville, according to a criminal complaint.

Schaefer was scheduled to be released from prison in 1997, but the Rock County District Attorney’s Office invoked a 1994 law that allows a judge to order certain sex offenders committed for inpatient treatment managed by the state Department of Health Services.

Schaefer was committed to the Sand Ridge Secure Treatment Center in Mauston.

Those held at the center can periodically petition for release if they can convince a judge they have improved to a point where they are much less likely to reoffend, according to the Department of Health Services.

McCrory ruled, “It is substantially probable that the person will not engage in an act of sexual violence while on supervised release.”

Schaefer’s release was delayed for unknown reasons, but now it seems he is slated to be released but still closely watched.

Clients, as the Department of Health Services calls them, are not allowed to leave the residence without a chaperone for the first year. They get housing, employment, medication, and treatment and must help pay for it if they have income.

Clients may not be placed within 1,500 feet of schools, child-care centers, parks, places of worship or youth centers.

Clients’ movements are watched through GPS monitoring. They are subject to frequent supervisor visits at home and work and to polygraph tests.

These conditions are eased over time if there are no violations. Those who violate the rules can be sent back to Sand Ridge.

In 2017, an offender on supervised release near Fond du Lac was found to be having sex with his former caseworker.

Since March 30, 2018, offenders have been required to serve their supervised release in the counties of their offenses.

State officials would not confirm Schaefer will be placed at the Countyline Road address.

“The Department of Health Services can’t confirm or deny whether someone is at one of our facilities or provide any other information, due to patient privacy laws,” said department spokeswoman Elizabeth Goodsitt, who communicated by email.

A change in the law effective March 30, 2018, requires a committee in the client’s home county to find homes for those on supervised release.

Records obtained by The Gazette show Donahue owns two other properties near Stoughton that the state leases for the same purpose.

The Gazette asked Donahue what he would say to neighbors concerned about these men.

“I think as soon as you use the word sex, people overreact,” Donahue said, adding that people are jumping to conclusions about people they’ve never met.

“They’ve been model tenants. They follow all the rules, and I’ve never had any trouble whatsoever, never had a neighbor complain. I wish I could say that about all my tenants,” Donahue said.

Donahue said he’s had a sex offender as a neighbor for more than 20 years on Skyview Drive in Janesville and raised a son during that time with no problems.

Donahue noted state law dictates that these men be released, and it happens on a judge’s order.

It’s also true that the men have completed their prison sentences plus many more years at Sand Ridge.

“So, it’s just a matter of where are you going to put them and keep the public safe,” Donahue said.

“I’m just a landlord. Any landlord can make housing available to the state,” Donahue said.

Donahue’s latest acquisition the state is renting is on the Rock-Walworth county border, at 349 N. County Line Road. It’s surrounded by cornfields, he said.

That’s true, but other houses are within walking distance, the nearest about 1,000 feet away.

“I don’t know a better place to put them, unless you put them back in prison,” Donahue said.

As of Dec. 17, the state had leased 49 residences to house violent sexual offenders on supervised releases statewide at rates ranging from $1,000 to $3,000 a month. Five of the residences were in Rock County, and none were in Walworth County.

Goodsitt said 205 clients have been placed on supervised release since 1994, and just three of those were later charged with a sexual offense.

That’s little comfort for some.

Cook and Uphill, the rural Evansville couple, said they had been told a sheriff’s deputy could take as much as 20 minutes to respond once they are alerted.

“How can you possibly feel safe knowing somebody of that level of badness is that close?” Cook said.

“These guys shouldn’t be getting a place this close to kids,” said Uphill. “I really want something to change.”

“You can’t even imagine the fear of it until it happens to you,” said Tom Hergert, a neighbor to two sex offenders on Milton-Harmony Townline Road, where his family has lived for more than 100 years.

A lesser fear is property values. Cook said if they ever wanted to sell their house, no one would have bought it with a violent sex offender down the road.

“I get it. You have do something about it. They have their rights, too,” Hergert said. “... I just think they need to place them someplace else.”