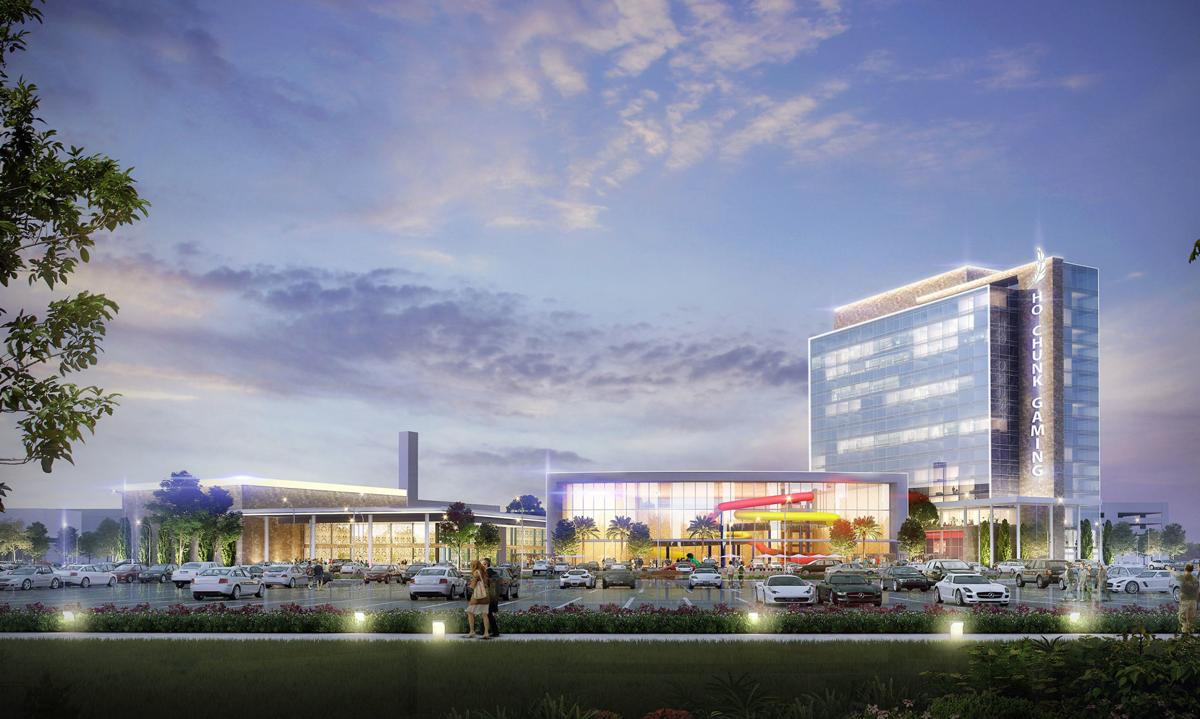 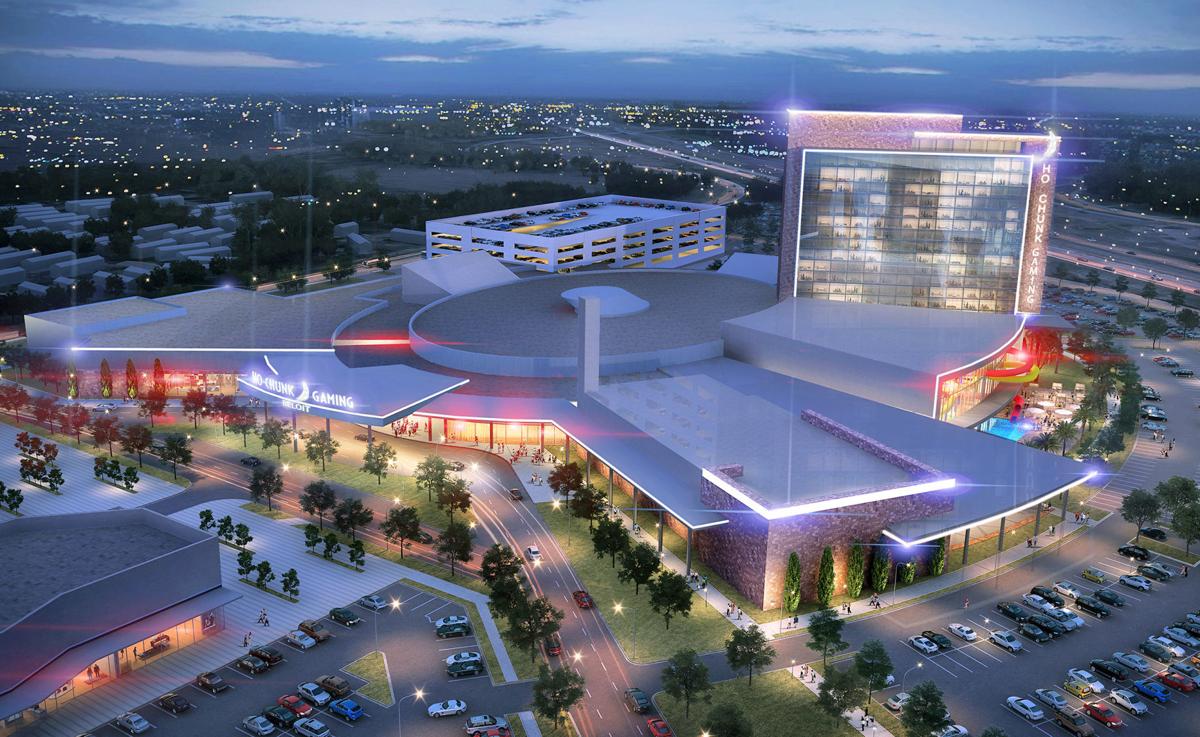 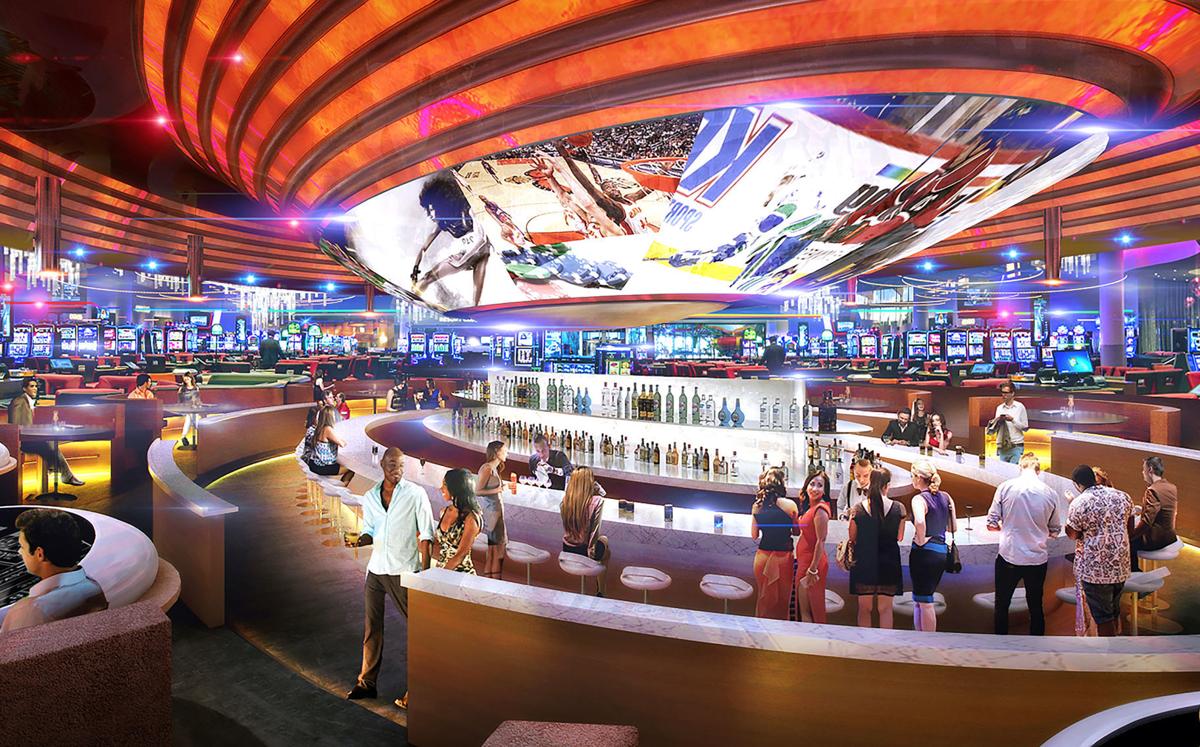 This computer-generated image shows the bar area inside the proposed Ho-Chunk Gaming Wisconsin casino in Beloit. 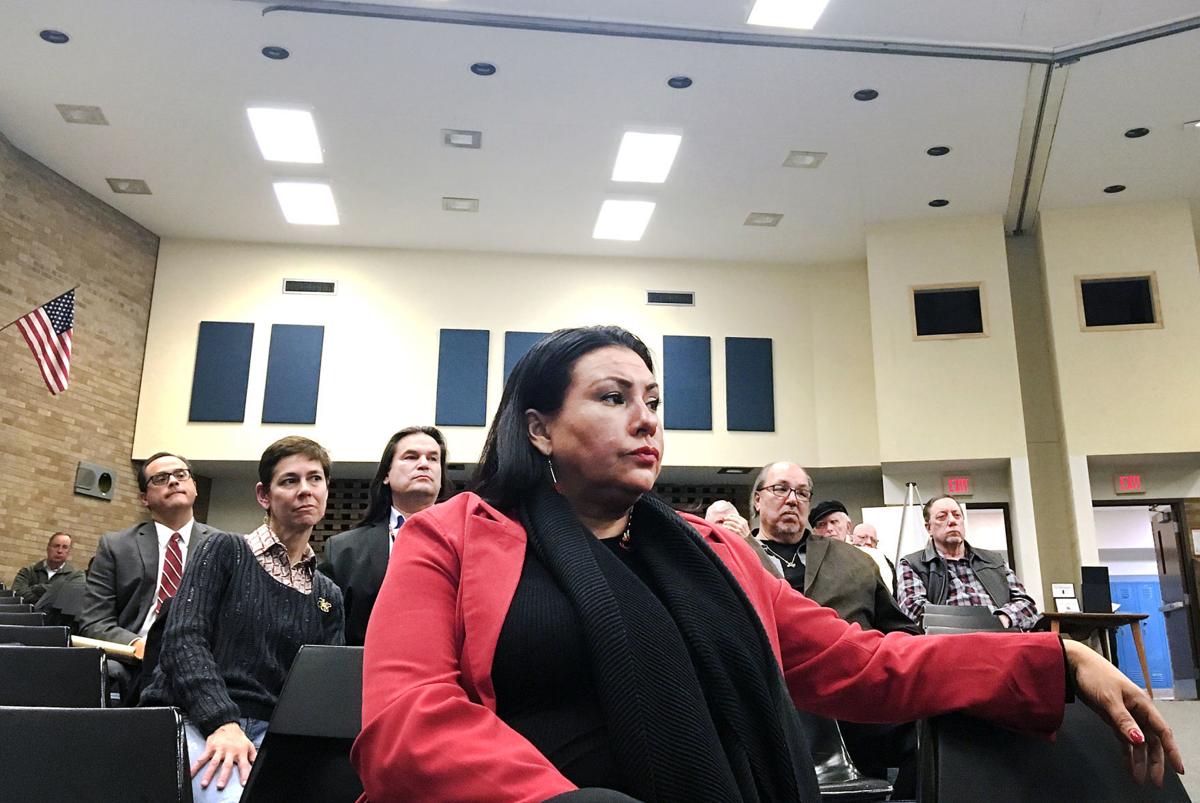 Rep. Shelby Visintin, a legislator for the Ho-Chunk Nation, listens Tuesday as a Beloit resident speaks during the U.S. Bureau of Indian Affairs’ public hearing on the draft environmental impact statement for the tribe’s proposed casino and resort in Beloit. 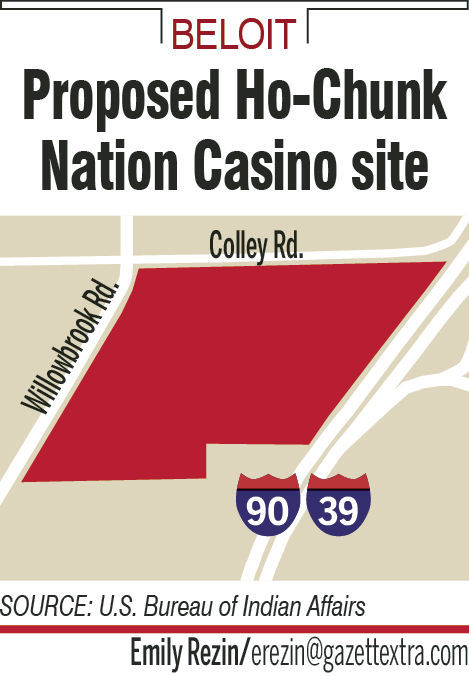 This computer-generated image shows the bar area inside the proposed Ho-Chunk Gaming Wisconsin casino in Beloit.

Rep. Shelby Visintin, a legislator for the Ho-Chunk Nation, listens Tuesday as a Beloit resident speaks during the U.S. Bureau of Indian Affairs’ public hearing on the draft environmental impact statement for the tribe’s proposed casino and resort in Beloit.

A spate of local leaders and residents expressed support for a proposed $405 million casino and resort in Beloit on Tuesday, calling the development a boon for the local economy.

He said the project could generate thousands of jobs and hundreds of millions of dollars in economic output and help alleviate poverty in the area.

The comments came during a nearly two-hour public hearing that drew about 100 people to Aldrich Middle School. The hearing is part of the bureau’s draft environmental impact statement for the tribe’s proposed casino off Interstate 90/39 near Willowbrook and Colley roads.

The project would occupy about 73.5 acres of land. Only about 33 acres are being considered for the federal trust, and the draft environmental impact statement surveys that portion.

Tuesday’s hearing was one of the final pieces of the tribe’s proposal to the federal government. An analysis of public comments and a final environmental impact statement will be completed before the bureau hands down its “record of decision.” Gov.-elect Tony Evers must give final approval.

Residents may submit written letters to the bureau until Dec. 24.

Beloit City Council President Kevin Leavy said the development will attract patrons and labor from neighboring areas, including Illinois, and the regional benefits of the proposal are “quite clear.”

“Beloit has a longstanding record of supporting this project,” Leavy said. “We hope to see a favorable recommendation sent to Gov.-elect Tony Evers in the near future.”

Regina Dunkin, Beloit City Council vice president, said Beloit is a diverse community and welcomes the tribe and the “opportunity to learn from the Ho-Chunk Nation.”

Only a handful of the 32 people who spoke expressed opposition to the project.

Rob Gottfredsen, who owns Austin’s Barber Shop in downtown Beloit, said building a casino isn’t the right move for a city that has seen significant development in the past few years.

Other critics said they were morally opposed to gambling and feared a casino could foster addiction and unhealthy behaviors among residents.

Collin Price, a public relations officer for the Ho-Chunk Nation, said after the hearing that the tribe understands that it won’t sway opinions on gambling.

But he praised the outpouring of support from the community and said the tribe doesn’t see any pressing concerns in its bid.

“This is what we thought it would be. We’ve had a lot of support from business owners, residents, organizations through the years, and that’s what we saw today,” Price said. “We know that not everyone’s in favor of it, and we understand that.”

Price said the tribe hopes the bureau will finish its final environmental impact statement by spring.

According to an economic impact study by the Innovation Group last November, the casino and resort could generate 1,500 jobs and a labor income of $83.7 million. The Rock County economy could see a $225 million impact, according to the study, and the county’s sales tax share could be $3 million.

Written comments on the draft environmental impact statement must arrive on or before Dec. 24.